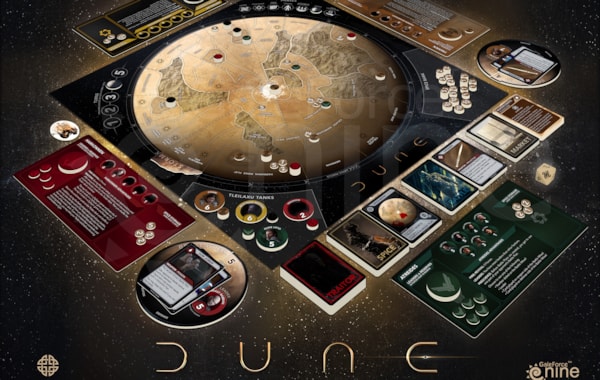 Dune is seeing a real resurgence on the tabletop recently

In Dune, you'll take control of one of the four factions, each vying to control the mysterious spice – a valuable resource, that can only be found on the planet of Dune. You'll need to ship your forces to Dune, gain spice, take strongholds and destroy your enemies. The original game released in 1979, with a new version created in 2019, in line with some of the feedback on the original game. Now, it's time for something new.

Though the news is in line with the upcoming film, due to be released later this year, raising concerns of a simple aesthetic upgrade only– Gale Force Nine has confirmed this is not the case, explaining it is not a republishing, creating a second edition, or even a movie reskin.

Instead, the game is said to build on 40 years of development, refinement, and evolution since the original classic Dune game, with the new Dune: A Game of Conquest and Diplomacy now offering a new gameboard design, updated look (which does reflect the new film), more spice, streamlined rules, and a new market deck too.

The game opens up further, as now it will offer a two-player mode – which, it says, lends to being able to keep the classic Dune game and have the new game sit beside it.

It will play in between 30-60 minutes and will be available from September 2021, with a confirmed cost of £40.

Contact your local game store to preorder, and sign up to the Gale Force Nine newsletter to be kept up to date with any further news.