Don’t be koi, take a look inside Namiji

The sequel to Antoine Bauza’s popular walking simulator game Tokaido is coming to kickstarter soon. The noticeably wetter sea-based meander Namiji, is coming to Kickstarter on the 14th November at 3.30pm, so it’s nearly time to embark.

As with all the games in this series, the art is lush, charming, and immediately demanding of your attention. 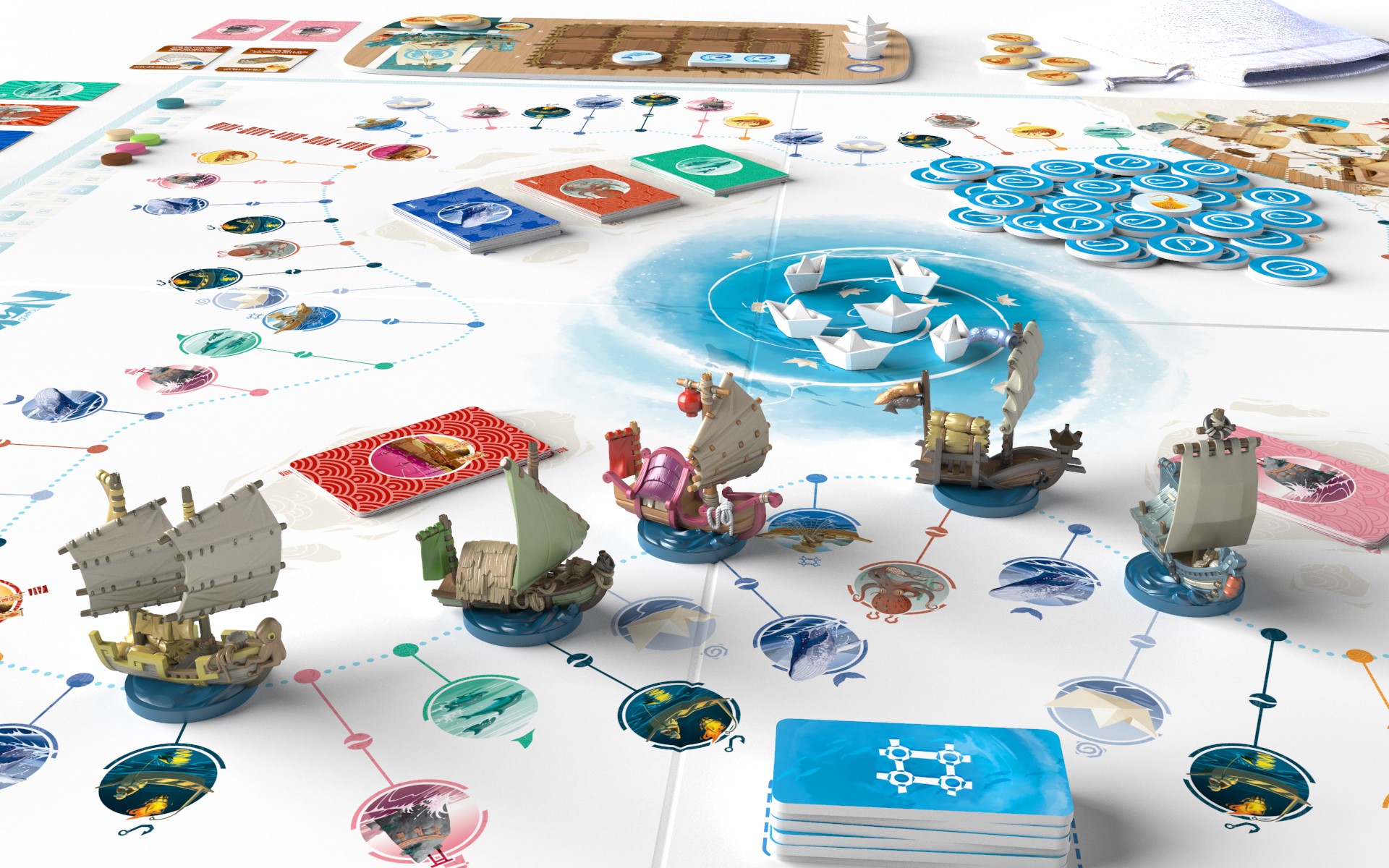 The game features similar gameplay to Tokaido with players making the choice of slowly boating about to take more turns, or rushing in to take the particular actions they want.

Set the date for the 14th to back this water-based meditation on time.