The latest issue of Miniature Wargames with Battlegames is making its way to subscribers and retailers right now! 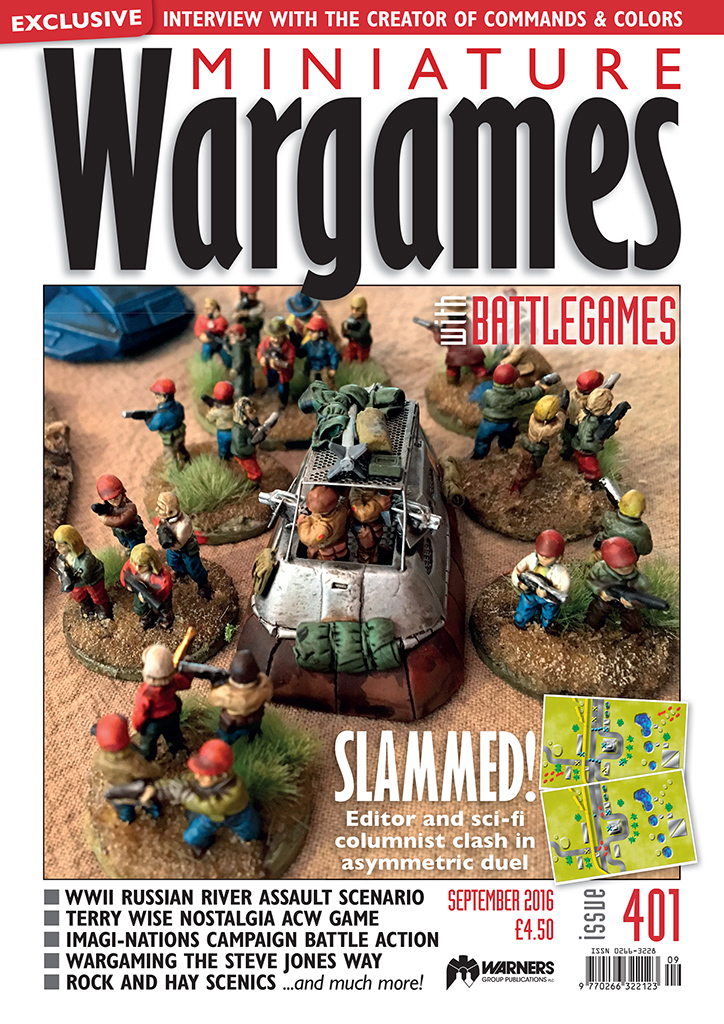 As the Olympics reach their climax and the wargamer about town looks for new things to hold his attention, issue 401 lands on his doormat just in time!

Of course, we have our regular spots too:

Our front cover photo, taken by the Editor, shows action during his first ever game of Hammer’s Slammers, hosted by our genial F/S-F Editor John Treadaway.

Remember also to check out the new “Downloads” section here on the website at https://www.tabletopgaming.co.uk/historical-games/information/downloads/ for additional material for Andrew Rolph’s article.

And a reminder, if you would like to feature in the new Wargaming My Way column, here’s the brief. Write about whatever you love about the hobby, the games you like to play, the periods/genres you love, how you like to paint, who you admire… Basically, write about why you love wargaming, and more importantly how and why you’ve ended up pursuing it your way. Length, no more than 2,000 words, plus supply half a dozen or so images to accompany the piece. So, over to you! If you’d like to feature, send your submissions in the usual way to the Editor. I also advise using Dropbox or Wetransfer.com as a more organised way of sending your material, rather than just attachments to an email.