Key Flow is Keyflower: The Card Game in all but name 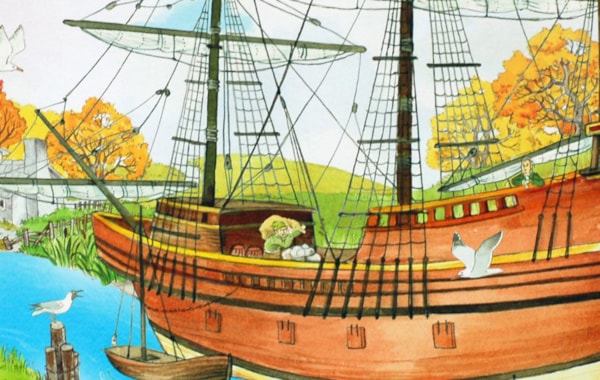 The creators of Keyflower have announced a card game adaptation of their acclaimed strategy board game.

Well, sort of: Key Flow is described as being based on many of the ideas explored in Richard Breese and Sebastian Bleasdale’s 2012 hit, once again taking place over multiple seasonal rounds and inviting players to build up a thriving riverside community to score points.

There’s a card-drafting mechanism, with players choosing and passing cards to construct and upgrade buildings, drive the economy with use of their ‘keyple’ workers, gather gold, and look after animals.

Keyples can be sent to work in either their home village or the businesses of neighbouring communities, encouraging interaction between players.

Key Flow takes place over four rounds and is expected to play in 45 to 75 minutes with two to six people – making it roughly half the length of Keyflower.

Breese and Bleasdale have been joined on the design by relative newcomer Ian Vincent and insist that, despite the gameplay similarities to Keyflower, the different name reflects the fact that Key Flow is more than a condensed version of the board game.

“When you see a game called 'XYZ: The Card Game', people generally expect a smaller version of the game XYZ, both in terms of gameplay depth and material,” Bleasdale wrote on BoardGameGeek.

“As Key Flow is a game with comparable stature to Keyflower, we decided that calling it 'Keyflower: The Card Game' wouldn't be right and gave it a name of its own.”

Key Flow will be released at this year’s Essen in October.