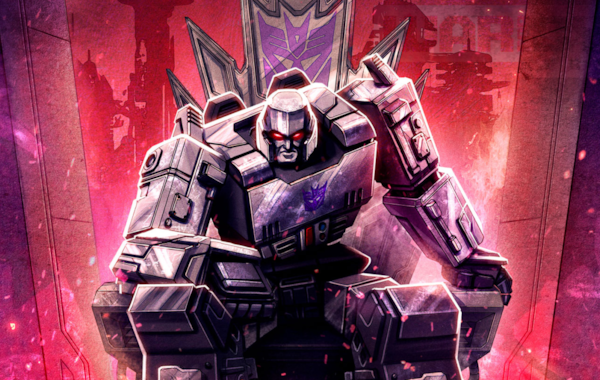 Wave four of the Transformers Trading Card Game is rolling out in November, and we’ve managed to get an exclusive early look at one of the upcoming expansion’s characters.

Like the card game’s previous expansion, War for Cybertron: Siege II draws inspiration from the Transformers toys, as well as the upcoming Transformers Netflix series coming out next year.

As well as new regular-sized Autobot and Decepticon characters, the Siege II set will introduce a brand new titan character to the game: Trypticon, one of the biggest Transformers toys ever made and the evil rival to Autobot Metroplex, the game’s first titan character released last year.

The massive Decepticon – who, let’s not forget, looks like a robot T-Rex – will be available as an oversized card with each booster display for Siege II. Those are the 30-pack boxes that you see in hobby shops, or which can often be found online by themselves.

Trypticon is joined by his three minions – Brunt, Full-Tilt and Wipe-Out – who each get their own larger character cards in the Trypticon pack.

One of the smaller Decepticons joining Trypticon in Siege II’s roster is Sergeant Barricade, who you can get an exclusive early look at below. 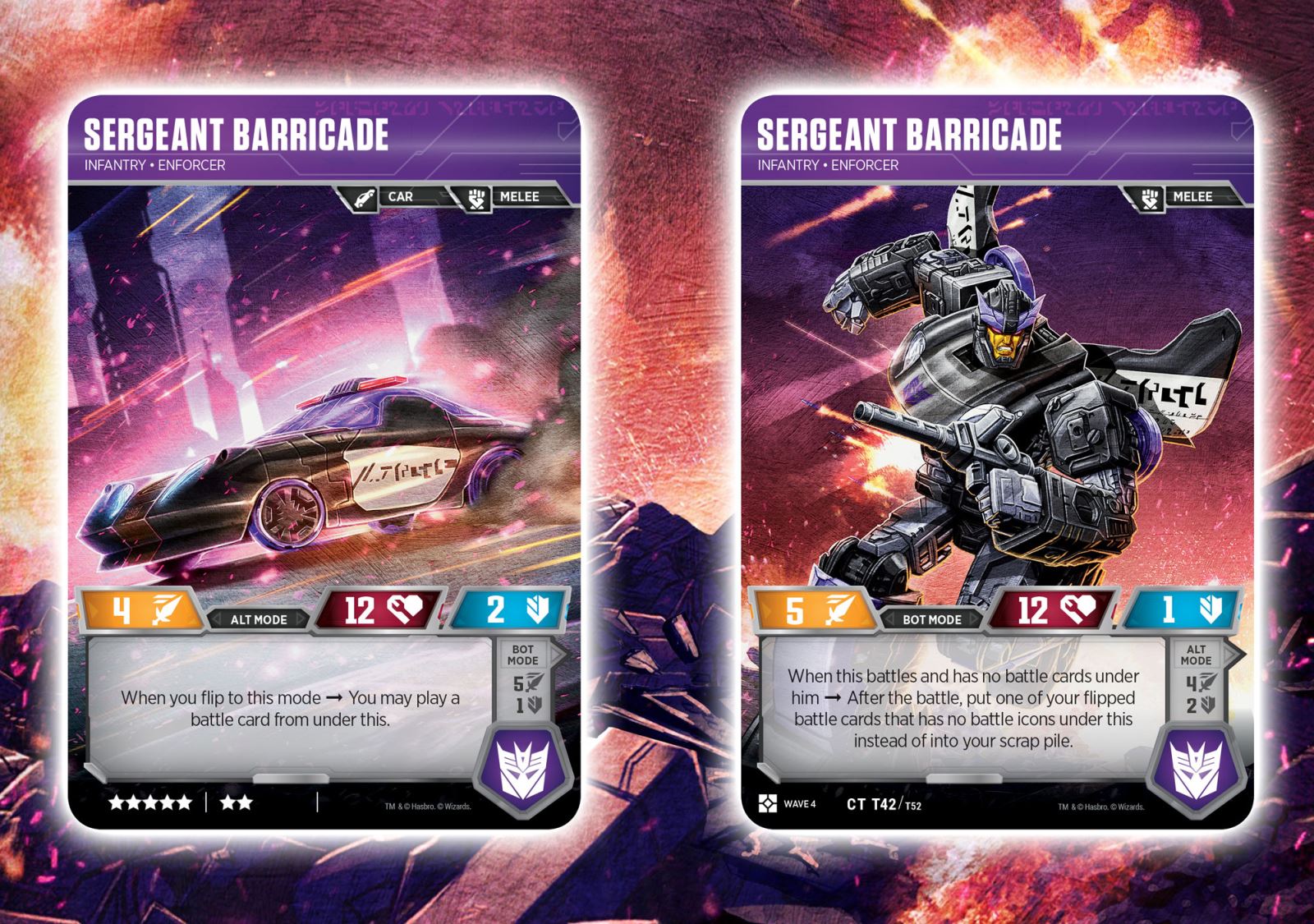 A seven-star card, Barricade allows players to place battle cards under his card when he battles without any battle cards. When he transformers from his bot mode into his alt mode, the controlling player can play one of the cards stored under Barricade, making him a handy low-cost presence on the battlefield.

We’ve also got a first look at two of the upgrade cards from Siege II: Terrifying Resilience and Unflinching Courage. 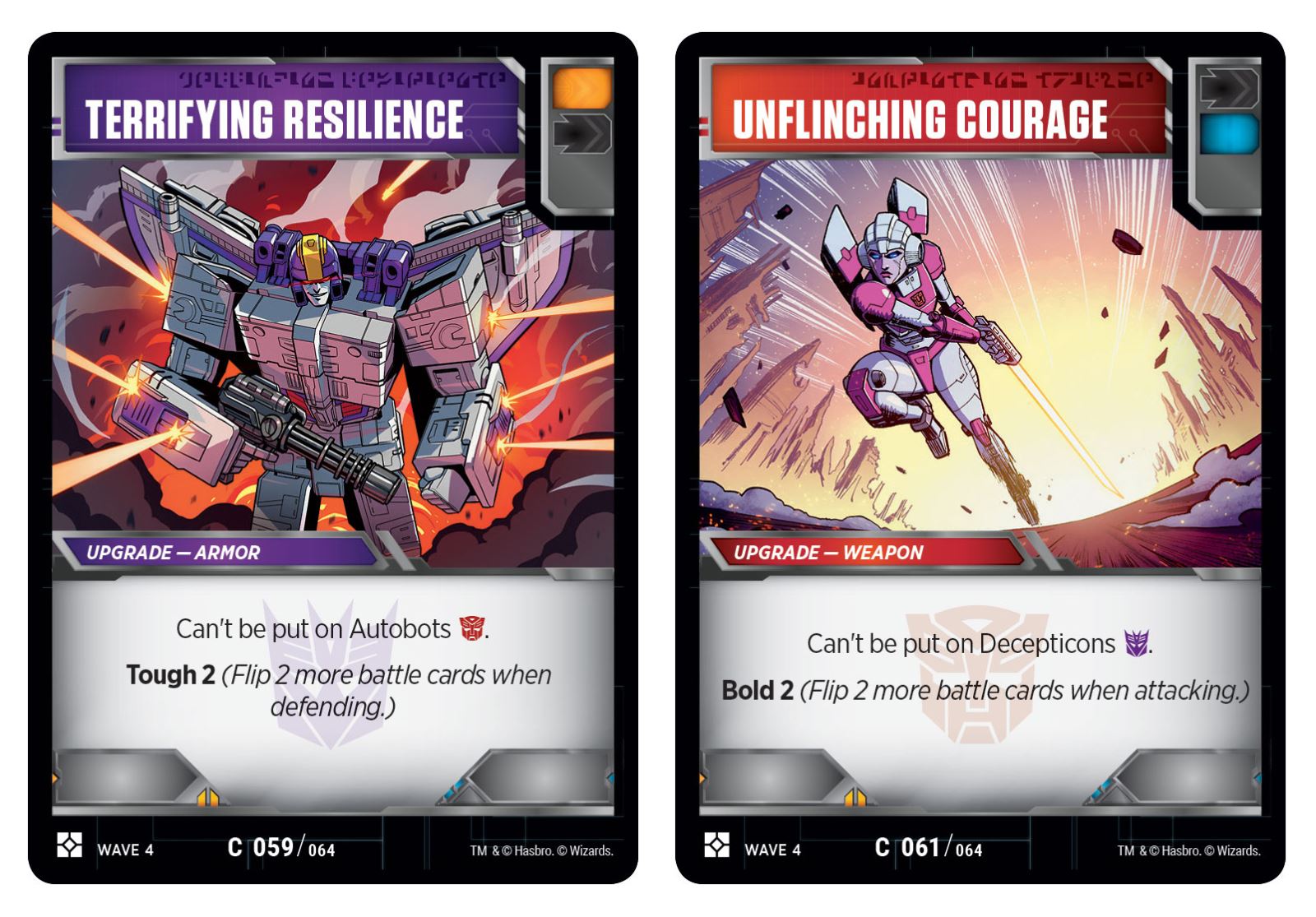 War for Cybertron: Siege II will be released for the Transformers Trading Card Game on November 8th.