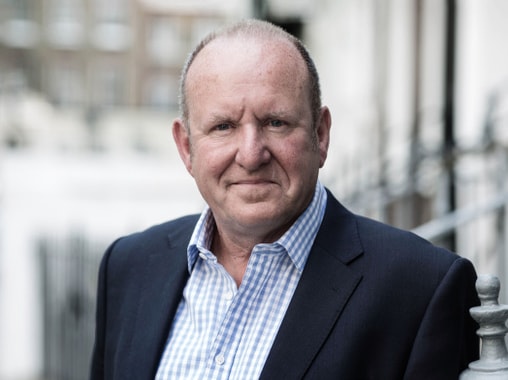 Ian Livingstone joins board game and RPG designers at London con – plus, learn how to make your own game!

Where can you hear from some of the creators of the biggest and best games in the hobby, then learn how to become a designer of the future yourself? This year’s Tabletop Gaming Live convention, that’s where!

Headlining two packed days of talks and workshops is Ian Livingstone CBE, the co-founder of Warhammer maker Games Workshop and co-author of the Fighting Fantasy series, who will talk about his life in games and run through his favourite board games of all time on the Saturday of the London show held in Alexandra Palace on September 28th and 29th. Ian will also be around during the rest of the show to meet with fans and sign copies of his latest books!

Others talking during the weekend will include the creators of games including Hellboy: The Board Game, Escape the Dark Castle and King of Tokyo, as well as UK indie roleplaying designers and members of the Pathfinder and Starfinder communities, who will offer their tips on getting started with RPGs, the best games you should be playing beyond D&D and how to keep players hooked as a GM.

We’ve also got stimulating talks from experts on how games can make learning a language easier and even help with the global climate catastrophe, plus the ultimate contest to decide the best winner from 40 years of the world’s biggest game prize: the Spiel des Jahres.

Meanwhile, over in our new workshop zone, we’ll have interactive sessions where you can get hands-on and learn up some new skills.

Why not join veteran designer James Wallis as he teaches you how to make your very own game in a tabletop design crash course? You’ll even leave the show with your very own prototype to turn into the next Magic: The Gathering, Pandemic or Gloomhaven! On Sunday James will host a family-friendly class, so parents can learn the basics alongside their kids.

If miniatures are more your thing, pick up some painting tips from Deathwatch Studios pro Andy Leighton in our beginner’s guide on the Saturday, and then put your skills to the test in our speed painting competition on the Sunday – who knows, you might just win something special!

Those are just a few of the talks and workshops happening at this year’s Tabletop Gaming Live. Head over to ttgami.ng/tournaments19 to find out more and get involved.