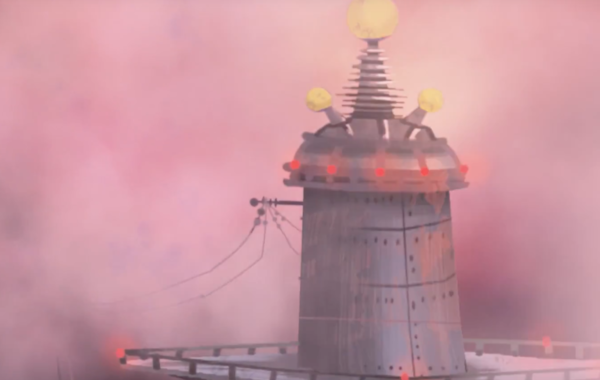 Sequel to Island and Desert taking off this summer

Matt Leacock is taking to the skies with the newly-announced third entry in his Forbidden co-op survival series.

Sharing some DNA with Pandemic, but taking the interaction between players in a wildly different direction, 2010’s Forbidden Island pitted the group against a sinking landmass, racing to collect treasures and escape as tiles flipped over and shrank the available land.

A Spiel des Jahres nomination followed, leading to a 2013 sequel, Forbidden Desert, which relocated the action to the blistering heat and of an ancient buried city. Instead of a flood, the danger was a sandstorm that could bury the explorers and cause them to die of dehydration as they hunted for parts of a flying machine needed to leave. The gameplay evolved accordingly, introducing a different mechanic that propelled the storm across the board, rearranging tiles as it went, and adding the need to search for parts.

This year, the Forbidden series will get a third instalment in the form of Forbidden Sky, which departs from the ground and heads into the clouds. It also seems to have the subtitle Height of Danger, a first for the series.

A short teaser video from publisher Gamewright reveals little about what’s in store, but it seems pretty clear that the latest environmental peril is an electrical storm.

“You escaped the island, you survived the desert, but how will you weather the storm?” the video asks, while the only other detail is confirmation that Forbidden Sky will be “an electrifying new co-operative game from Matt Leacock”.

We also get a vague release date: summer 2018. Whatever’s in store, you can be sure we’ll be looking to the sky.