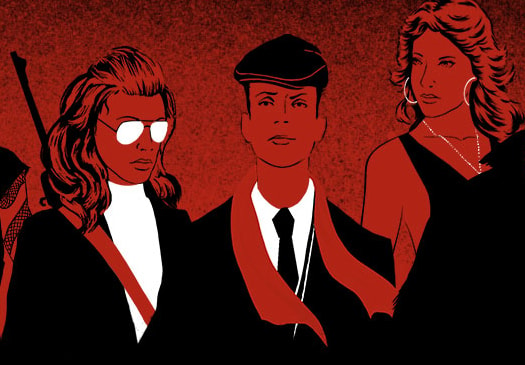 Restoration Games, the tabletop studio focused on bringing back long-lost board games in a polished modern form, has announced its next project.

Conspiracy: The Solomon Gambit is a revamping of 1973 spy game Conspiracy, designed by Dr. Eric Solomon – from whose name the new subtitle presumably derives.

The original Conspiracy involves eight spies attempting to retrieve a briefcase full of top-secret MacGuffin and bring it back to their headquarters, each of which represents a player.

The spies themselves are fickle agents, and can be moved by any player in any direction to bring them closer to victory. They can also swipe the case, or even be assassinated.

Players secretly offer bribes to keep control over the spies – if challenged by another player, whoever has the higher bribe gets to either move the spy or stop the lower bidder moving and lose their next turn.

The luckless, semi-co-op, pile-on-the-leader gameplay saw Conspiracy’s Amigo edition Recommended for the Spiel des Jahres in 1991. That same edition also expanded the four-player original to support up to eight people.

Restoration’s upcoming version is said to feature the same shared pieces and blind bidding that made the original notable, but will also introduce agent effects and a revised way of triggering the end of the game for a “more dynamic” experience.

Conspiracy: The Solomon Gambit is teased as arriving this summer – if Restoration’s past releases, such as last year’s Fireball Island: The Curse of Vul-Kar, are anything to go by, that might well mean a Kickstarter campaign.

UPDATE: Restoration Games has since confirmed to Tabletop Gaming that Conspiracy: The Solomon Gambit will not get a Kickstarter campaign and instead launch direct at retail this summer.

Thanks for posting. I should have mentioned in the release: no Kickstarter for this one; straight to retail.