'We just give players the tools to tell beautiful, fun or wacky stories': Bruno Faidutti and Hervé Marly talk Reigns: The Council Bruno Faidutti and Hervé Marly in their Reigns-ified forms

The Citadels and Skull designers on their kingdom-ruling party game

Citadels and Diamant designer Bruno Faidutti and Hervé Marly, creator of bluffing games Skull and The Werewolves of Miller's Hollow, are bringing Tinder-ish kingdom-ruling mobile app Reigns to the tabletop as board game Reigns: The Council.

The party game sees one of the players taking the throne, with the rest of the players offering their 'helpful' advice as counsellors presenting tricky decisions for the king to take. But everyone has a secret agenda, and each card that's accepted will swing the kingdom's balance of religion, people, military and money in different directions – it's up to the person on the throne to last as long as possible, attempting to maintain balance or risk one of their underlings usurping them.

Ahead of the game going live on Kickstarter, we caught up with the two celebrated designers to find out about their first (or so we thought) time working together, the challenges of turning a smartphone game into cardboard and the importance of keeping things simple.

How did you end up working on a board game version of Reigns? Was the tabletop game based on an existing design, or created from the ground up based on the app?

Bruno Faidutti: I was first contacted by [Reigns developer] Nerial, and I suggested to them to bring Hervé on the project. So the idea was not ours, and we indeed designed the game from the ground up, trying to generate the same fun and emotions as the app, but not necessarily using all of its mechanisms. I sometimes happen to recycle old ideas in a newer game, but this was not the case here.

Marly: Bruno has been my friend for many years, when he told me about the project to adapt the smartphone game Reigns into a board game, I completely trusted him and went for it. So we worked on the same core principles of the game by bringing a touch of bluff and roleplay. Of course, it took some adaptation from the mechanisms of the video game.

Had you played the app before joining the project? What were the things about it that most interested you as game designers?

Faidutti: I had not, but I think Hervé did. I had heard about it anyway, so when I was contacted I already knew more or less what to expect, and of course I immediately installed it on my phone. Thematically, it was of course the light fun of the generic medieval setting which I found interesting. Mechanically, it was the simplicity and the speed. We managed to keep the simplicity, but we could not keep the card game as fast to play as the app.

Marly: Yes, I had already played and enjoyed the app. The principle making your reign last as long as possible, despite or thanks to the proposals of more or less amazing characters, appeared to me as original and fun. The stress caused by this somewhat chaotic aspect convinced me. 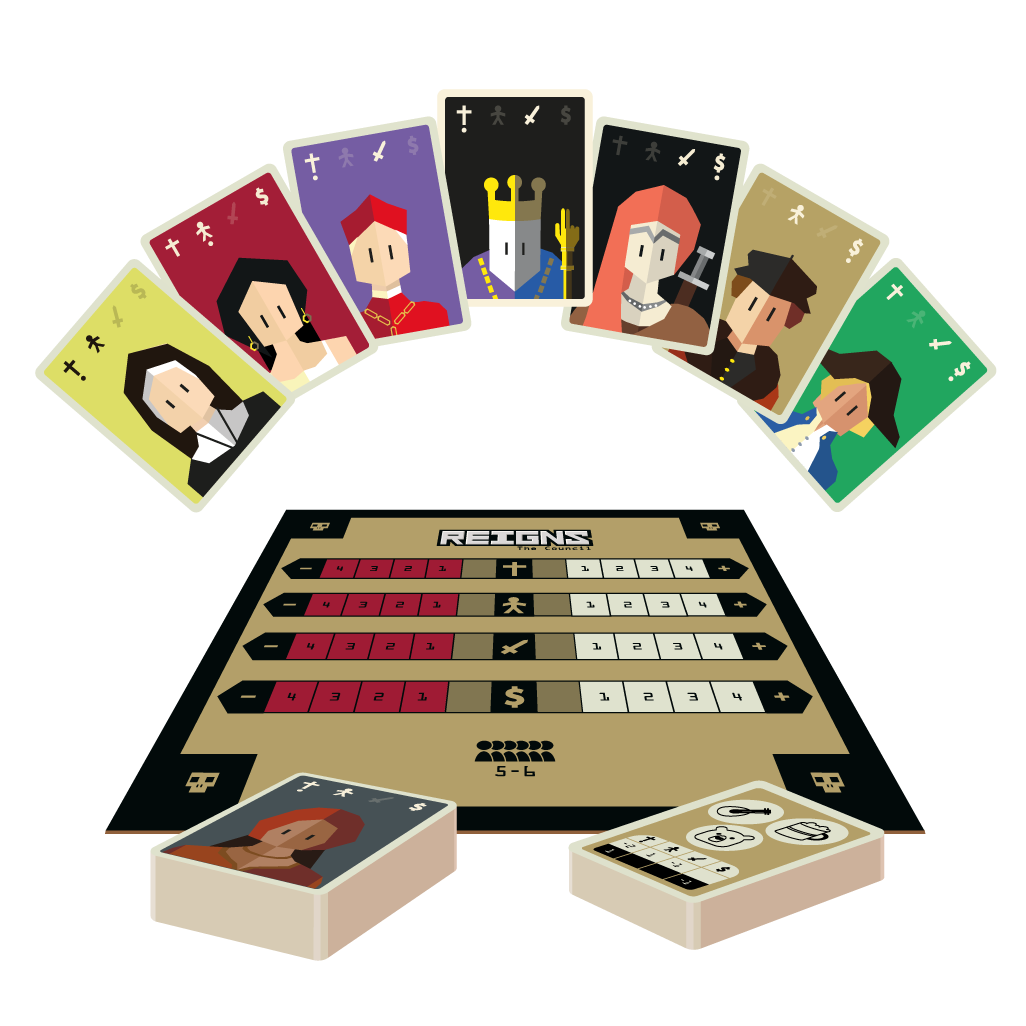 What did you feel it was most important to capture from the app in a tabletop version of Reigns?

Faidutti: The humour. We managed to do this by keeping the art [and] the petitions/answers structure. However, since we had to make the players themselves decide of their petitions, the humour could not be any more in the text and the branch of events. It has worked great with our friends and all the people we played it with, but it might fail if played by too serious gamers – anyway, they won’t buy the game, so it’s not a problem.

Marly: I confirm what Bruno says. The humour of the situations and the simplicity of the principle are the most important. In our adaptation, the operation is a little more computational, but our goal is to make the players have fun.

The original app was single-player, but did involve cards and similar decisions – what were the challenges in making the experience a multiplayer party game?

Faidutti: This was the big design choice. Should we have the players be rival kings, make collective decisions for the king, or should we have one king facing his counsellors? The latter seemed to be the best choice because it was the best way to make Reigns a true storytelling game, and to keep all players involved, and because it made thematically sense.

Marly: It had to succeed in making an adaptation where each player feels involved in the course of the game. There is no passive role, no leader. Make the parties lively.

The original app involved more specific story events and branching decisions, while The Council leaves the story up to the players to improvise and keeps the narrative more vague with icons and picture prompts. Why did you feel this was the best way to include the sense of a story in the game?

Faidutti: The real issue was indeed the narrative. Having the events on the cards would have made the game just a copy of the app, and not as good since there would be no software to manage the different branches of events. Anyway, it was technically impossible.

We decided to make the game more freeform, with the counsellors improvising their proposals to the king. The very first version had no hints on the cards, and it didn’t really work. Players had trouble coming up with original stories that made sense with the positive and negative card effects, and the same stories were always coming up. We then tried using words, but it made the game language-dependent, and some players were more trying to have the exact word said somewhere in the story, not to build their story around it. So the best solution was in-between, with icons which give a thematic hint but are not as directive as words – and the fact that some icons might be ambiguous is not even a problem.

Marly: I think that in this style of game, it is just necessary to give players the tools to tell beautiful stories, fun or wacky, so that they achieve their goal. So, you do not have to be an improvisation champion to convince. By using the icons to freely construct their speech, everyone can charm the king, scare him, catch him or even make him laugh. 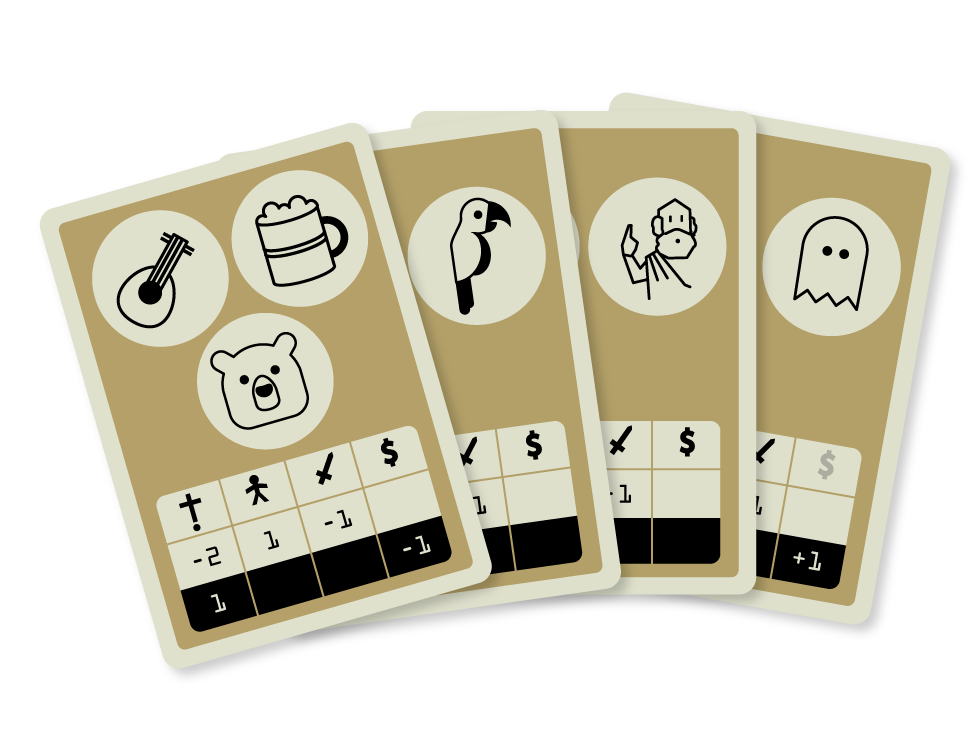 What are you most proud of in The Council’s design?

Faidutti: That it’s fun and has few rules.

Marly: To have respected the original game and yet to have created a game where several people can enjoy good time.

Have you worked on a tabletop version of an app/video game before?

Faidutti: I had never done it, and I would not do it for all video games. Unlike Hervé, I play very few video games, and I don’t really see how I could design a board game based on something I don’t really know and like.

It happens that Reigns is the kind of fun and very light digital game I can enjoy, so the experience was exciting. Using real cardboard components brings both new limitations and new possibilities, so the difficulty is to keep the spirit of the original game when one has to get away from its mechanisms.

Marly: I had never done it. This kind of adaptation is quite tricky because the players of the digital version should not feel betrayed despite the change of media. I do not think that all video games are likely to be adapted.

Reigns: The Council is the first time you have both collaborated on a project. How did you find the experience of working together?

Faidutti: It’s not the first time. We live both in the north-east of Paris, we meet regularly at gaming nights, and we had already three or four times tried to design a game together, but most projects were never finalised. Actually, we even signed a contract for another very light game a few weeks before the Reigns one, but since it has not been announced yet, I cannot say more about it.

Marly: Bruno and I live more or less in the same physical and intellectual universe. So it's pretty easy to collaborate.

What are your future plans for Reigns: The Council and working together again?

Faidutti: We’ll see how it goes, and maybe we’ll develop it. Reigns: The Council is the kind of game that is better when it’s kept pure and simple, so we will be carefully approaching ideas to expand it.

Marly: For Reigns, wait and see… For the rest, we are progressing on the same road, it would be strange that we do not meet again! 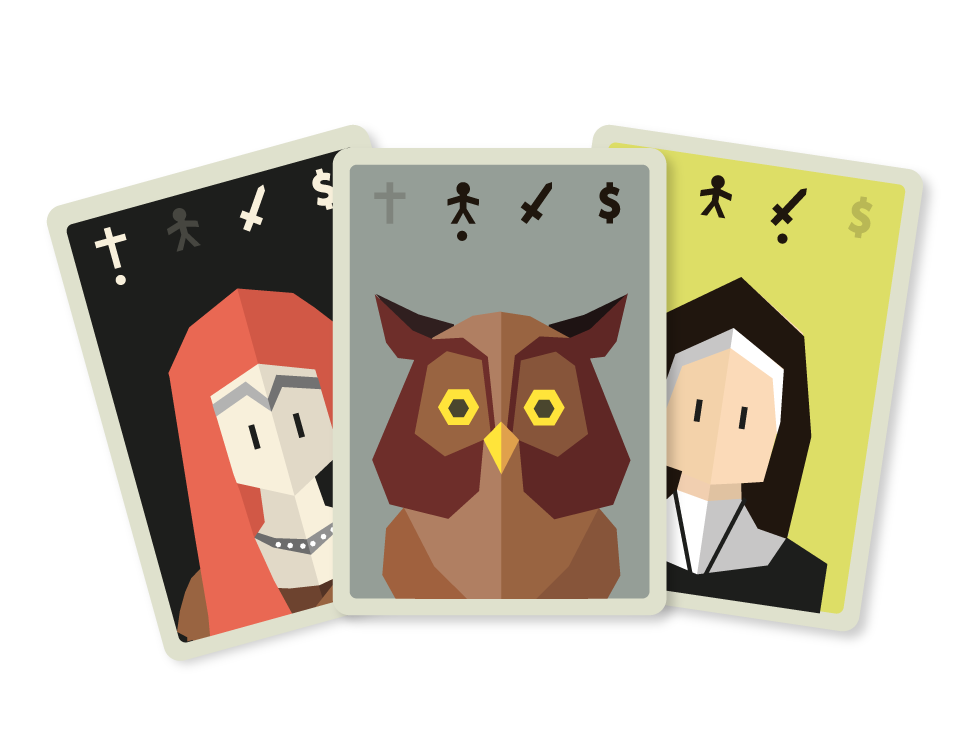