Not a bloons in sight, but there are ten brilliant Tower Defence games we'd recommend

Feeling under siege these days? We’ve gathered together some of the best ‘tower defence’ games. Game that as players to survive waves of enemies, and sometimes, give you the chance to build your defences. Most of these games can be played solo, a useful thing to know for these strange times. 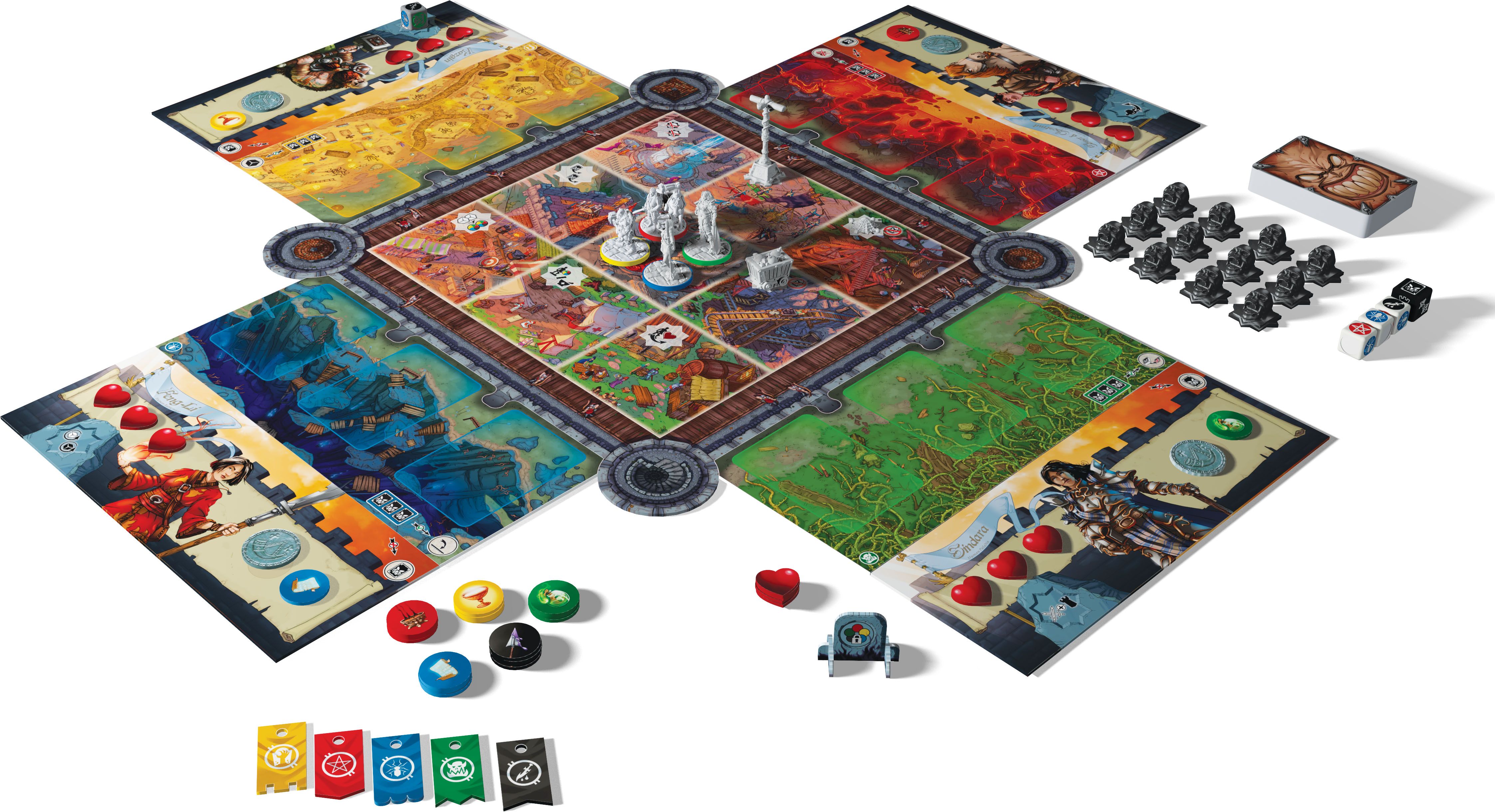 Play as a group of heroes who have stolen a powerful relic from the Baleful Queen, who, understandably, wants it back. Attacked on four sides, the heroes must repel waves of monsters and enemies to secure their safety and survival. It’s a tough co-op game that reimplements Antoine Bauza’s classic Ghost Stories with a number of minor quality of life upgrades. Bar the dice combat, the game is one of low randomness and high tactics for you and your fellow hero-thieves. 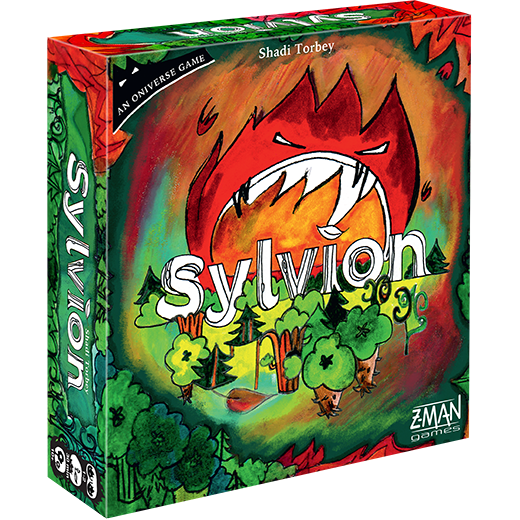 A card game version of a classic tower defence set up. With a bit of deck building. Sylvion has attacks that come down in four rows of waves. Attempt to keep the heart of the forest safe from raging fire elementals (you know what they’re like) by deploying the trees and animals at your disposal. The gamåe uses a ‘discard cards to use other cards’ mechanism to play out cards that means the pressure you’re under can sometimes be of your own doing. A clever, forest-saving card puzzler.

Buy your copy of Sylvion here 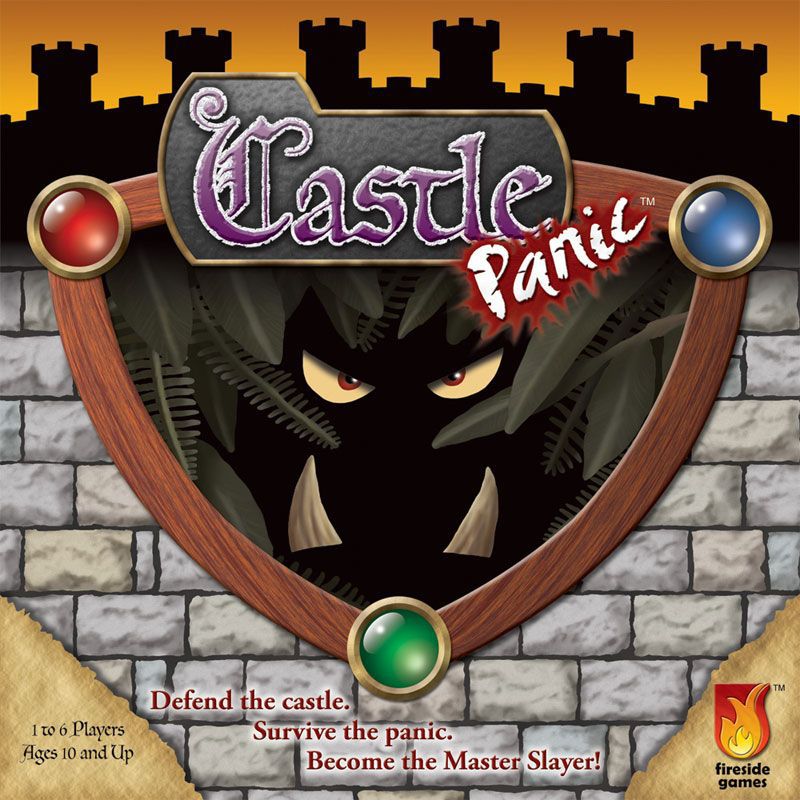 In a severe case of NIMBYism, the creatures of the magical woods nearby your newly erected castle have decided that you shouldn’t have got planning permission. As such they are marching on your castle in an attempt to knock it down. You’re a winner if you slay the most monsters, but working together and trading cards to help one another is an important aspect of survival. Available in Star Trek and Munchkins flavours, should you wish. 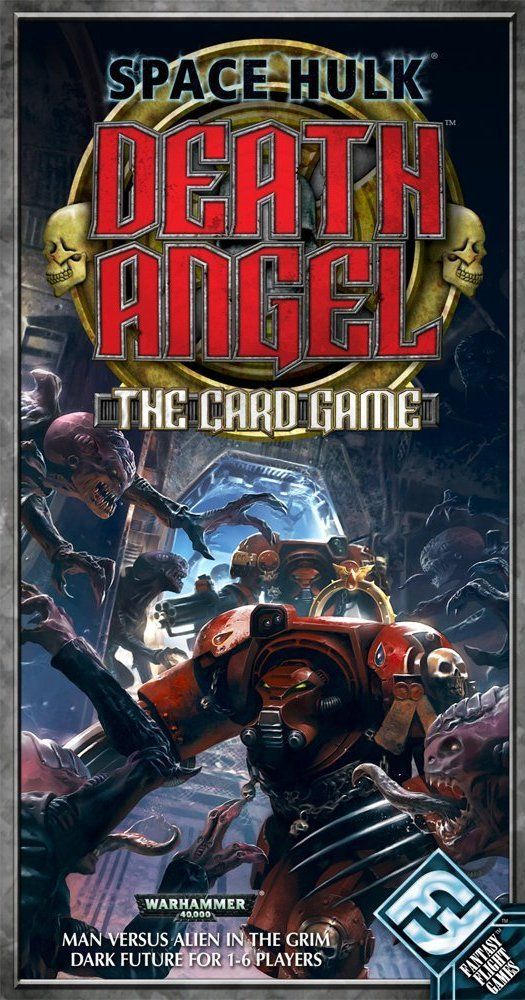 Another card game, but this time in the Warhammer 40,000 universe. Set in a classic flavour of Games Workshop (that of a decaying space hulk that is infested with genestealers) players pick one of the six space marine teams available and use their special skills wipe out the enemy. A kind of roving adventure rather than a strict tower defence, with new locations coming up to hunker down in and ride out the storm after each wave. 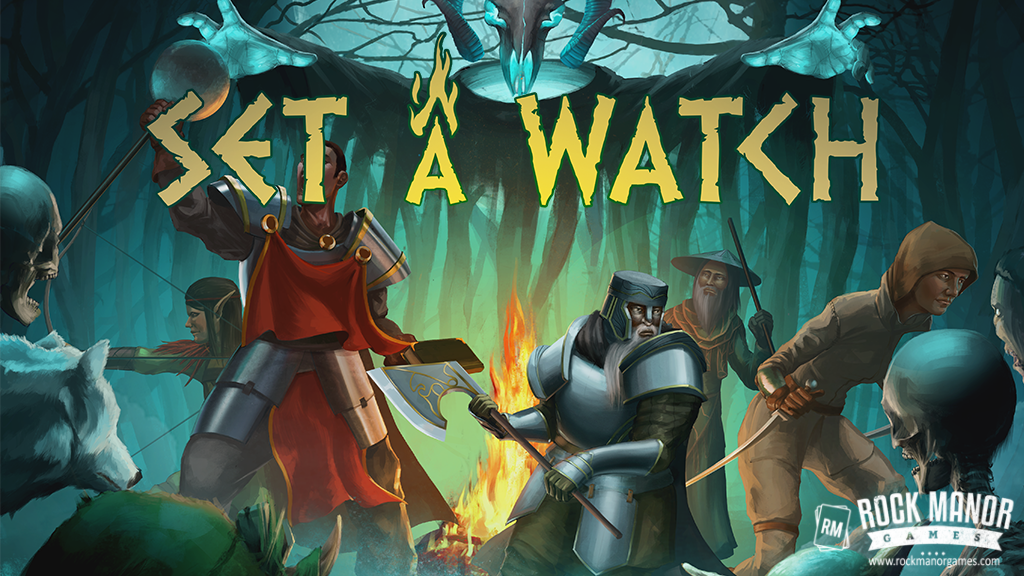 Not about time keeping, but dice assignment. Set a Watch sees your heroes travelling to different locations to defend them from an onslaught of enemies. A big part of the game is the management of the camp and the fire, as well as the monsters who are attempting to ruin your encampment. With plenty of options and strategies to pursue once the dice have been rolled, this is a tactical game that invites a little quarterbacking, but not too much. 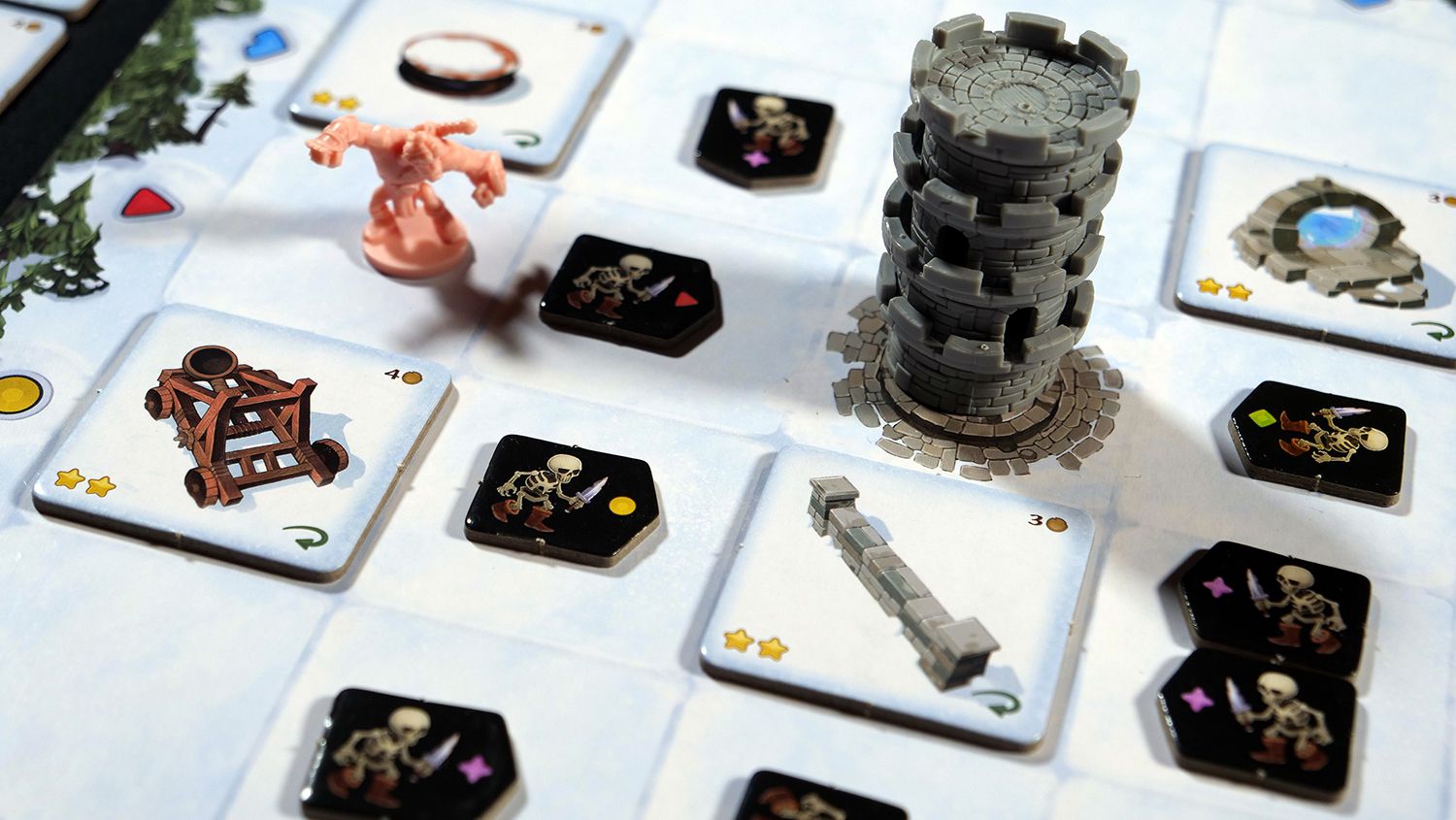 Terrible skeletons have risen from the earth to knock you off your perch, or tower, rather. Things had been so peaceful until the dead got a bit overactive. A true tower defence where you must outlast your opponents, rather than defeat the enemy. With trap-laying, spell-casting and troop-recruiting to hold back the tide of the invasion. The game can be theoretically played with no downtime, and therefore a six player game can last a mere 30 minutes. 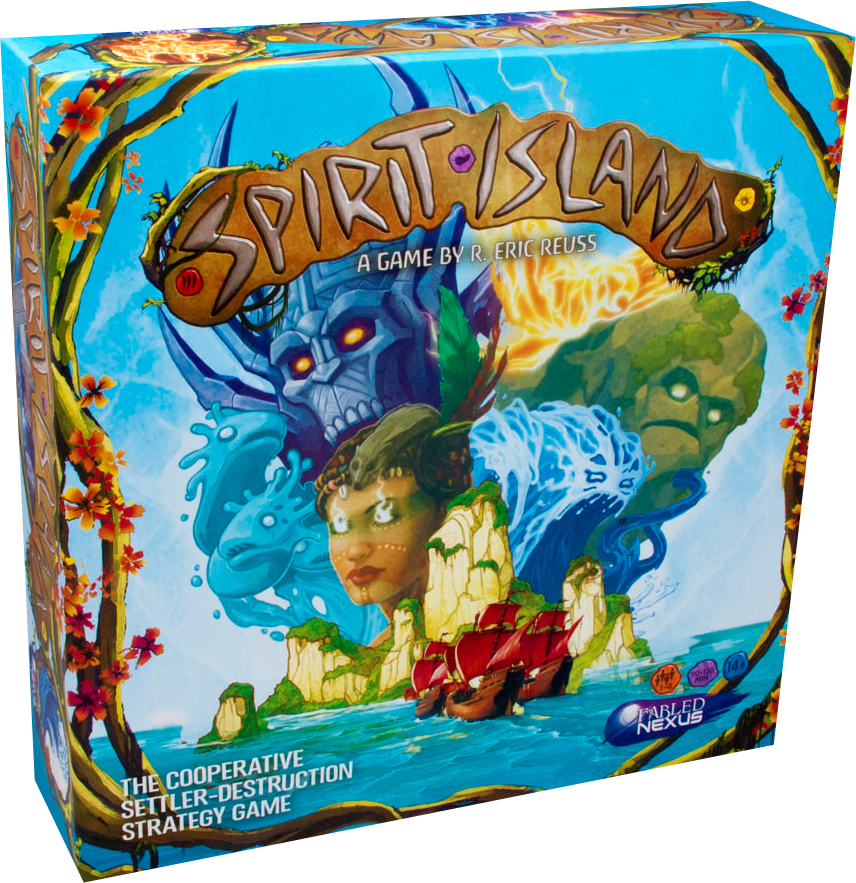 In what could be considered, at least, a thematic tower defence game, as you defend your island from the threats of colonialism. Each player in this co-op game takes the form of an elemental spirit with their own powers, powers which can be used to scare and destroy the colonizers. As play is somewhat asymmetrical and played out through cards, working together gives you the best chance of overcoming the odds in this campaign defence game. 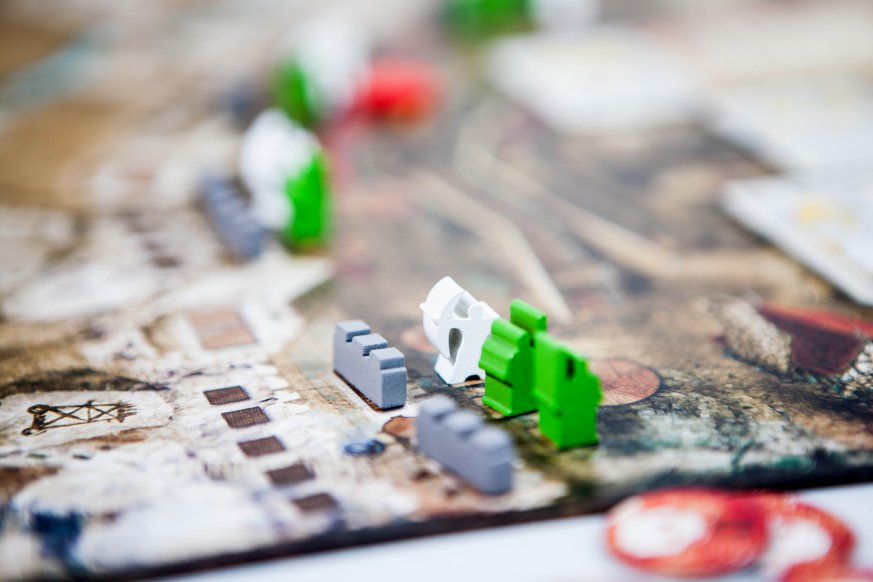 A two-player game, rather than a co-op like many on this list, so one of you will have to be outside of the castle trying to get in. As the invader build war machines and throw your troops at the walls to try and break through. As the defender of the stronghold, you attempt to repair your walls in moments of calm and replenish your smaller number of troops. Every turn counts in this true test of your ability to survive. 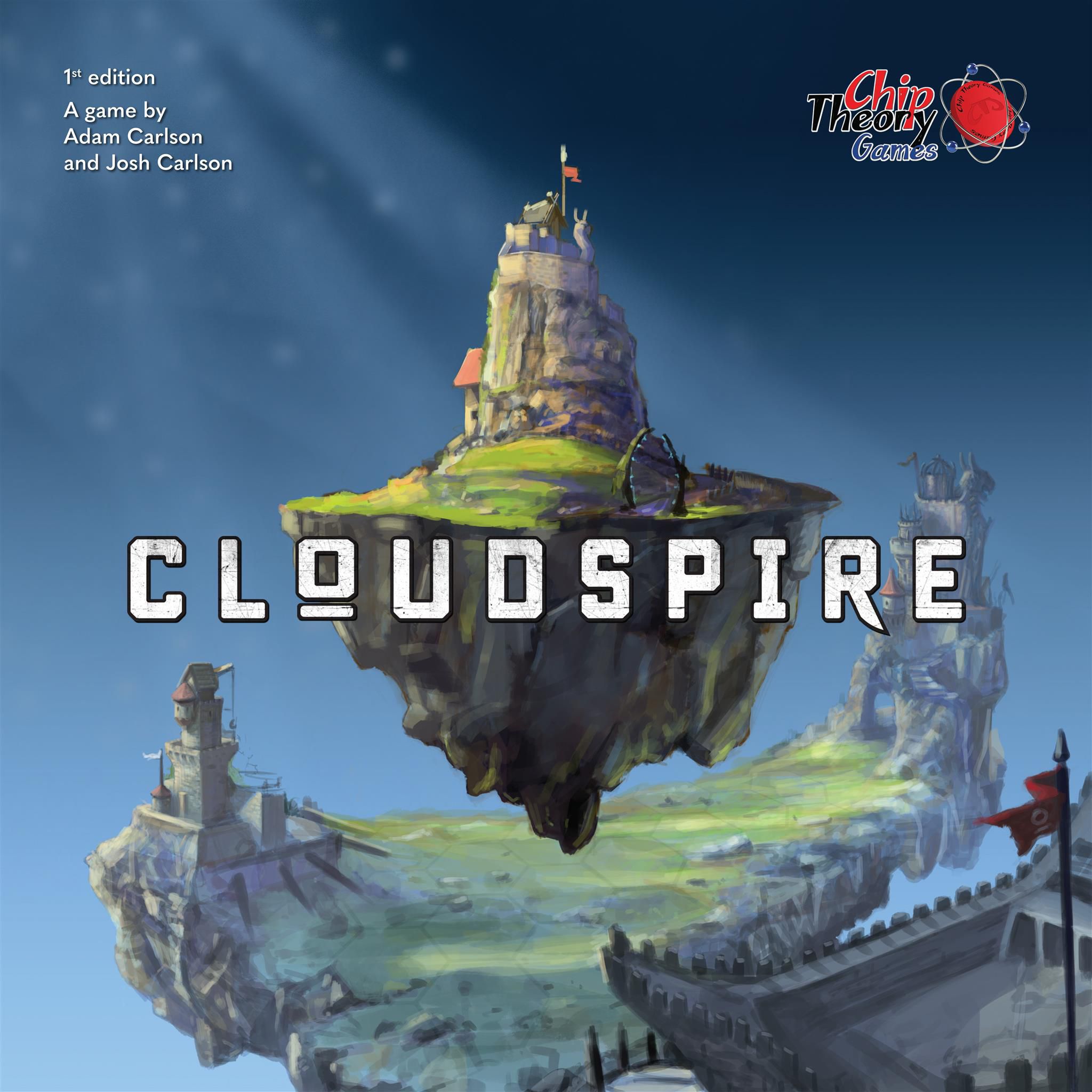 While not all videogame concepts can make the leap to the tabletop, the MOBA genre is one that is one that is readily tried over and over. In this case the towers you’re defending also have attack capabilities, and work as a kind of support for your troops on the ground. These units are hidden for the most part, only revealed when absolutely necessary, making for a game of shuffling your armies into position for the perfect attack. Plus, there’s lots of ways to upgrade your base. 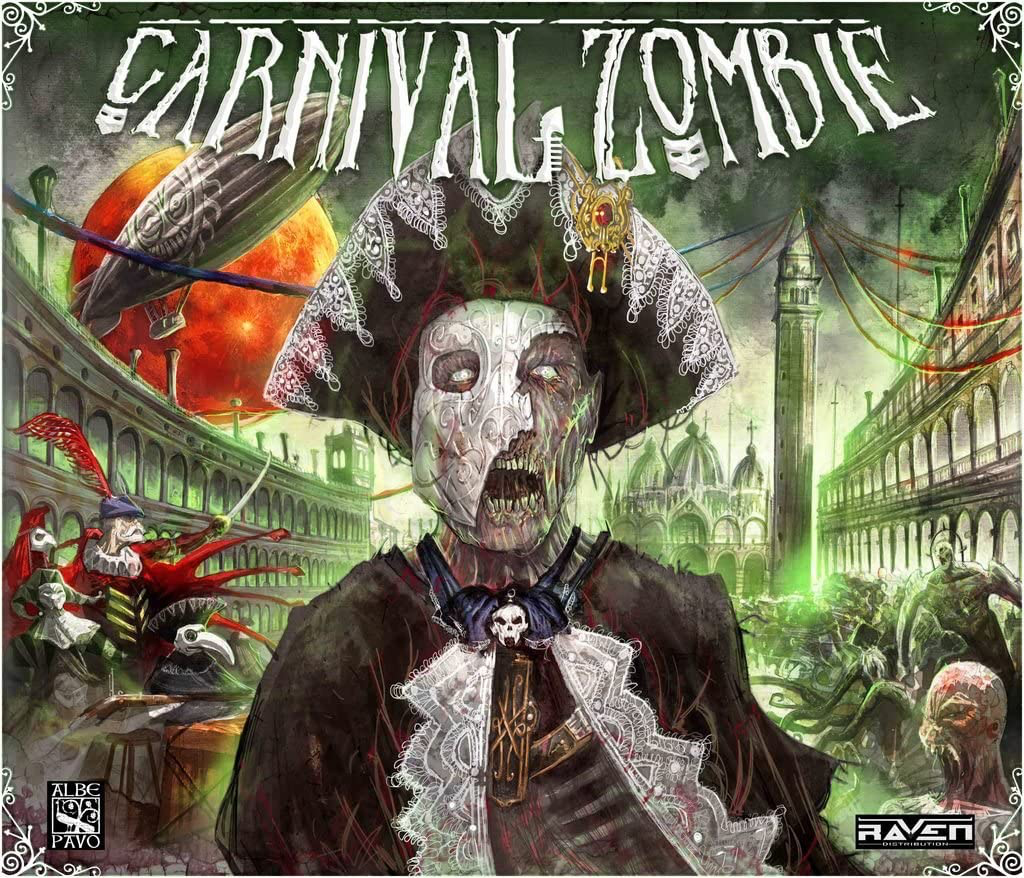 A beautiful game of decaying people and streets. By day you and your co-op buddies are attempting to escape zombified Venice, while at night, you try and survive the attacking zombies behind barricades. During the day you’ll be searching for an exit, as well as ways to make your barricades stronger, or survivors to help keep them standing. A game full of weird bosses and tactical retreats. You might not be defending a tower, but you’ll wish you were.