Ten of the Best: Eurogames Whether you're a Euro expert or wading into the deeper end of gaming for the first time, we've got you covered

It’s October, which means it’s once again time for the biggest tabletop event in the world: Essen. To celebrate the return of the annual German fair, we’ve picked out ten of the finest ‘Eurogames' to ever grace the tabletop.

For those not in the know, Eurogames are generally considered to be more complex, skill-dependent and thematically drier than their so-called ‘Ameritrash’ (it's a term of endearment, honest) cousins, which tend to favour theme and luck.

Of course, these are just broad terms rather than specific cut-and-dry definitions – many of the best games on both sides of the Atlantic combine elements of luck, skill, theme and mechanical complexity in equal measure.

Still, the traditional allure of Eurogames continues to produce some of tabletop’s most acclaimed designers, many of whom make an appearance in this list. Whether you’re a Euro expert or a complete newcomer looking for something a little heavier, all of the following games are guaranteed masterworks. Dive in. 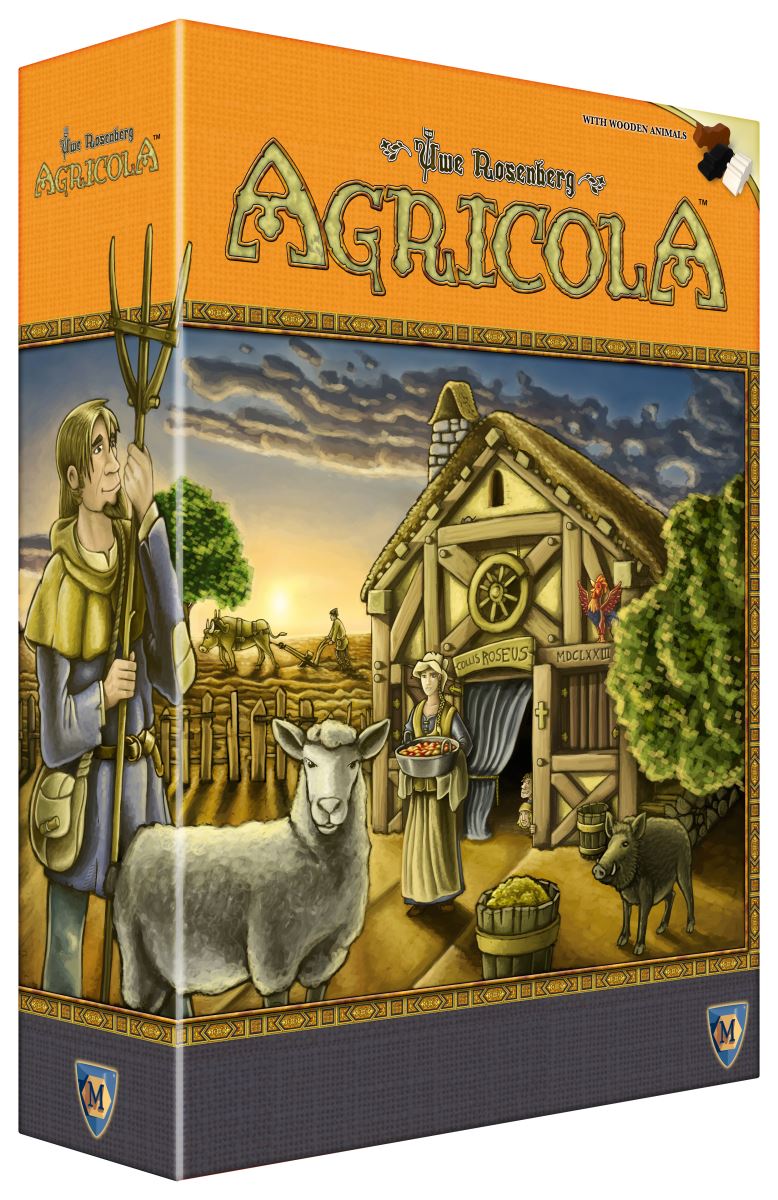 There’s maybe no more revered designer of Eurogames at the moment than Uwe Rosenberg. His 2007 Kennerspiel des Jahres winner is a deep and fulfilling strategy game about managing a farm as well as a family, and solidified many of the elements that would make Rosenberg a tabletop icon, including his thinky worker placement and use of occupation cards. Agricola supports up to five players and can take over two hours to play, but if you’re looking for a faster, simpler two-player version, spin-off All Creatures Big and Small is well worth your time. 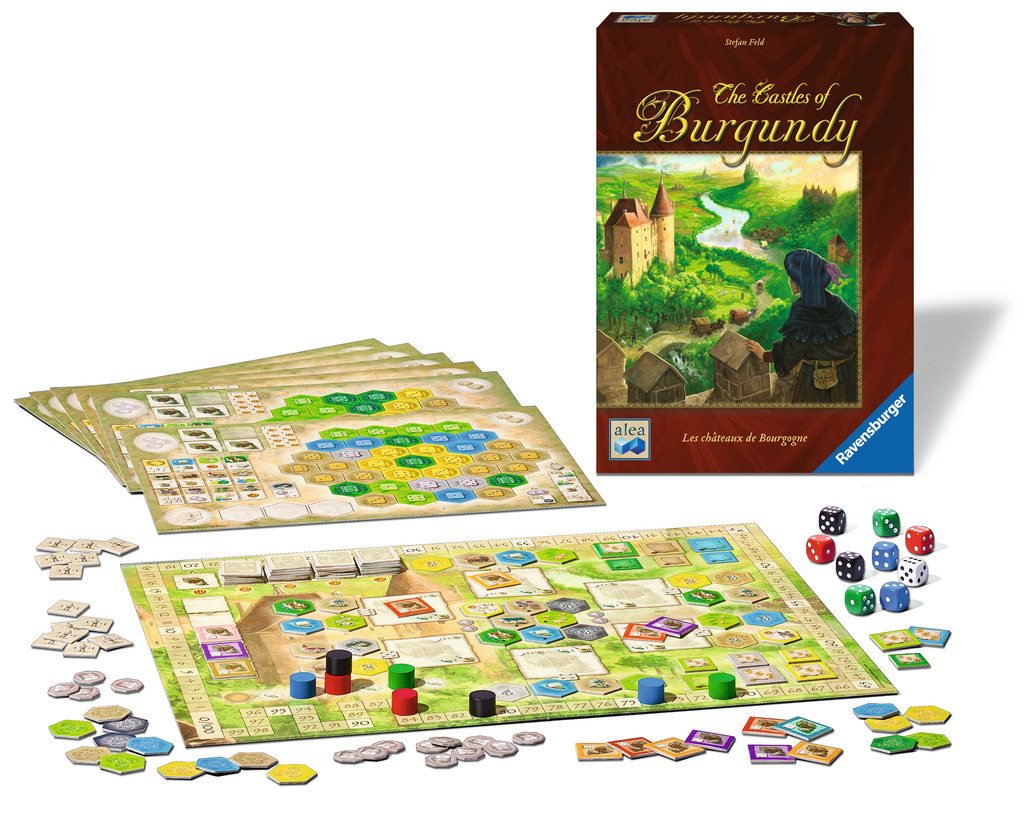 Stefan Feld is one of the designing greats when it comes to Eurogames, and The Castles of Burgundy is arguably his masterpiece. Players take on the role of aristocrats in medieval France, trading goods and building settlements to gain workers and earn money for victory points. It’s strategically complex without being overly complicated, plays just as well with two people as it does with four and has quite a reasonable playing time – topping out at around an hour and a half – compared to many other Euros.

You can buy your copy by clicking here 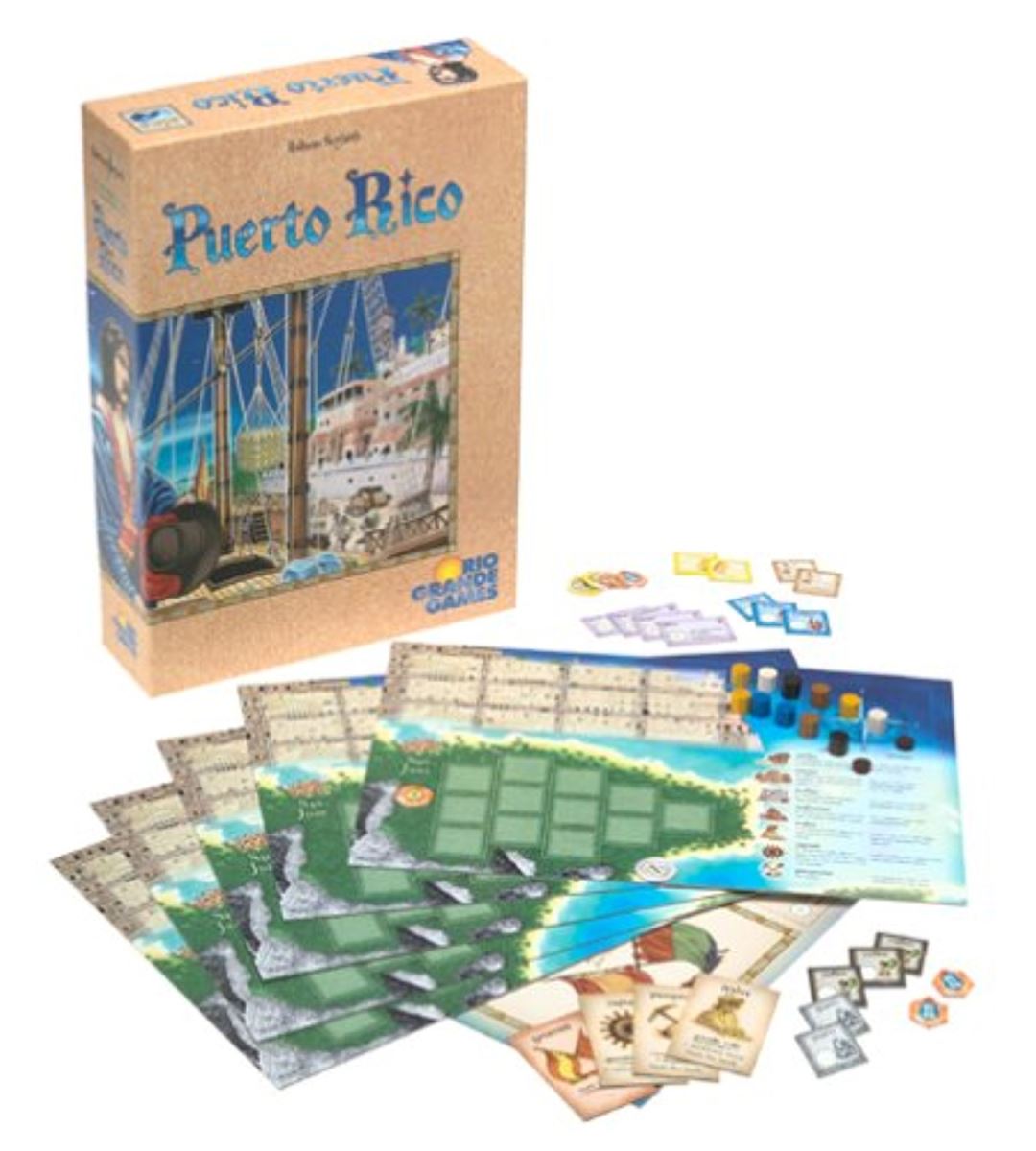 Andreas Seyfarth's 2002 gem is one of the most commonly-suggested contenders for the best board game of all time by many gamers. Players are colonial governors on the titular island aiming to earn VP by trading goods and constructing buildings, growing crops they can swap for doubloons and gradually increase their abilities. It has an interesting role-selection mechanic that involves choosing a role at the beginning of a turn, which allows all players to perform the action but grants the chooser a discount. If you enjoy Seyfarth’s original, the designer later released a snappier card game based on the game's concepts called San Juan.

It’s rather fitting that a card game about the seven wonders of the world is itself a wonder, isn’t it? Set over three epochs, 7 Wonders sees players developing their cards – that’s right, this is a Euro without a board – to develop their city, apply military pressure to rivals and gain victory points. As players draft cards, they pass the remaining hand to both of their neighbours as the rounds progress, giving them some insight into what their opponents are up to. Of course, the original multiplayer title was later reimagined as a two-player showdown in 7 Wonders Duel, which is just as highly regarded. 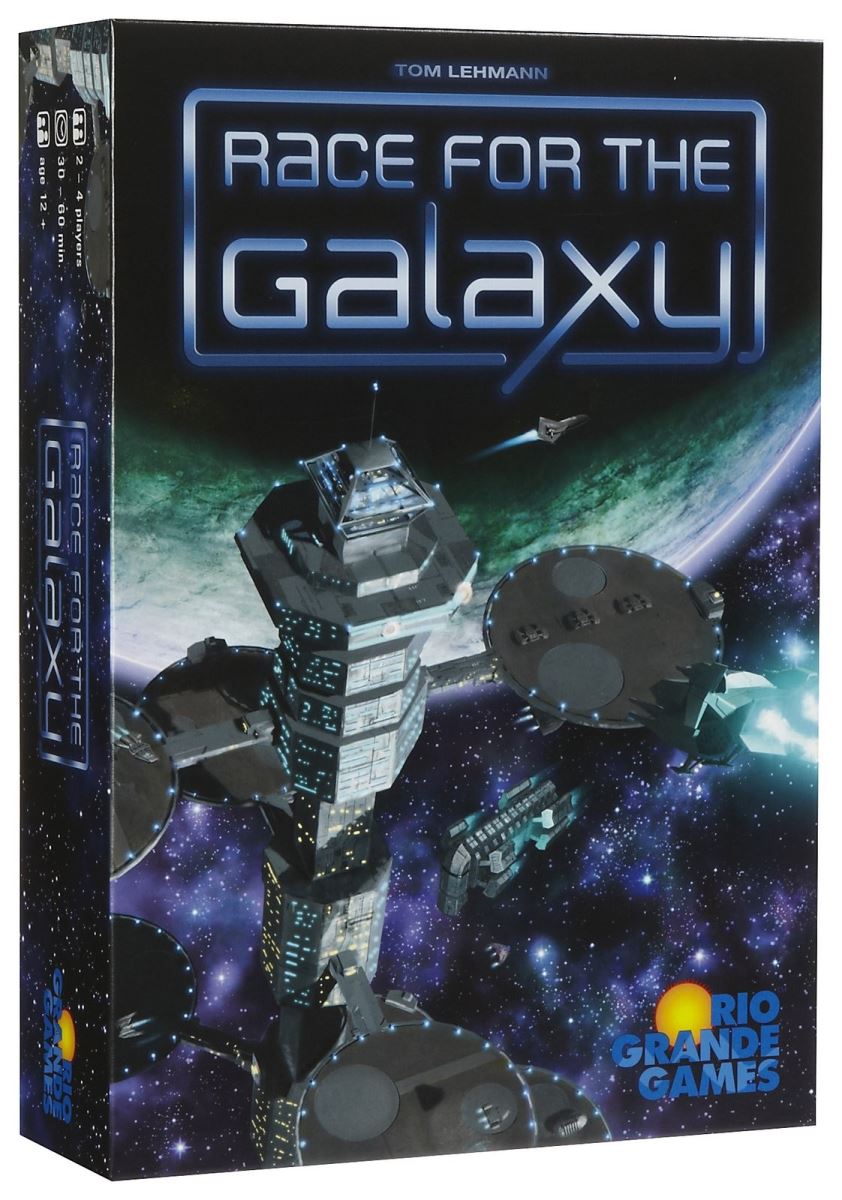 As beloved for its tight spacefaring civilisation-building as it is notorious for its cryptic iconography when it comes to introducing new players, Race for the Galaxy is a tense battle of cards as players secretly select and then simultaneously reveal one of seven roles. This allows every player to perform the action, but the player who selected it receives an extra bonus, making it a careful risk-reward race. Tom Lehmann’s game went on to have a similarly cherished dice-rolling sequel, Roll for the Galaxy, and a snappier introductory spin-off, Jump Drive, which might be useful when decoding the complex original for the first time. 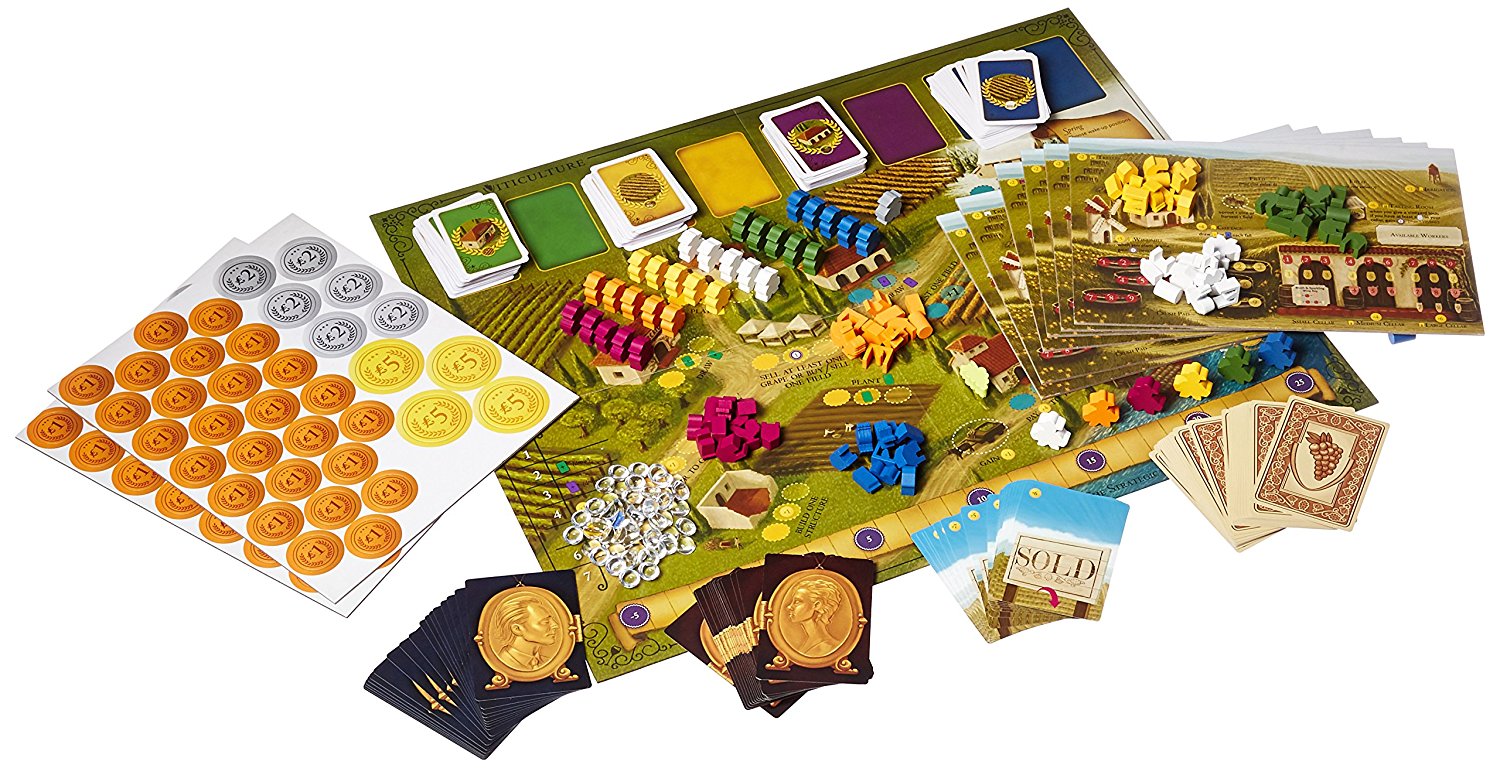 The perfect board game to enjoy with a glass of white or red, Viticulture plonks (pun intended) players in the shoes of Tuscany winery owners hoping to make their vineyard the finest (winest?) around. As with wine, the game flows around the seasons, with workers having different tasks in summer and winter as grapes are squashed and corks popped. Helping the wannabe wine experts out is tourism, as their cellars can be opened up to visitors to help boost the winery’s standing. Luckily, the game doesn’t take decades to mature to a fine taste, taking about an hour-and-a-half to play as players complete wine orders, plant fresh vines and erect new structures to help their business flourish.

Embodying the preference for strategy and skill over luck for which Eurogames have become known, Terra Mystica is a tale of fantasy exploration as each player develops resources, constructs buildings and advances the following of religion among one of 14 different clans that have made their home across a variety of environments. The heady civilisation-building game has become a firm favourite of Euro fanatics in the five years since it was released – isn’t it time you gave it a go? 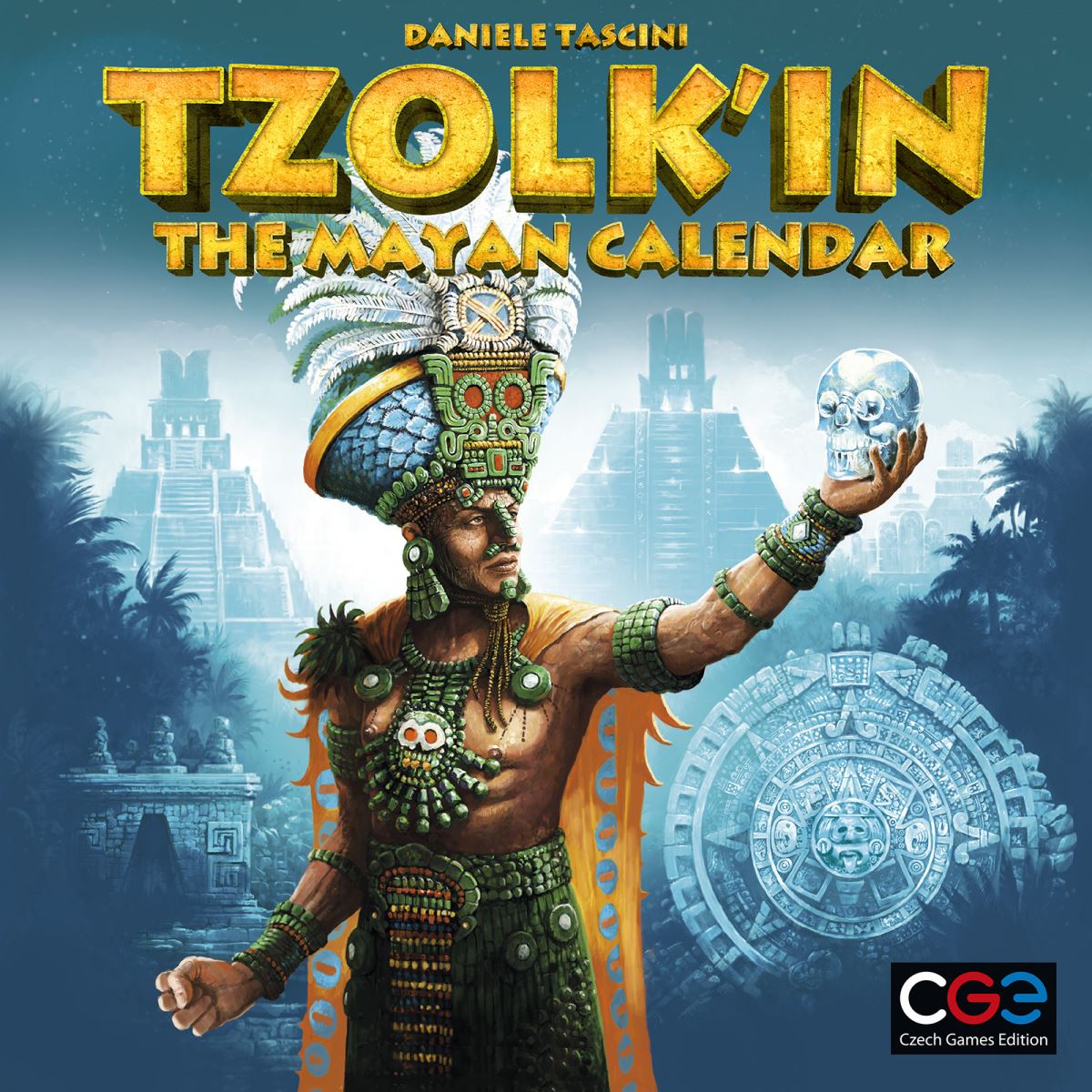 Everyone loves corn, right? Well, nobody loves corn more than the Mayans, who use it as currency in this unique worker placement game that also features massive rotating gears on its iconic board. Players place their tribespeople in visible holes in each gear, performing an action when they pick them up – meaning that waiting for the gears to rotate round to more powerful abilities can pay off if you have the patience. There’s nothing else quite like it out there. Plus, you get diddly crystal skulls!

You can buy a copy of it here 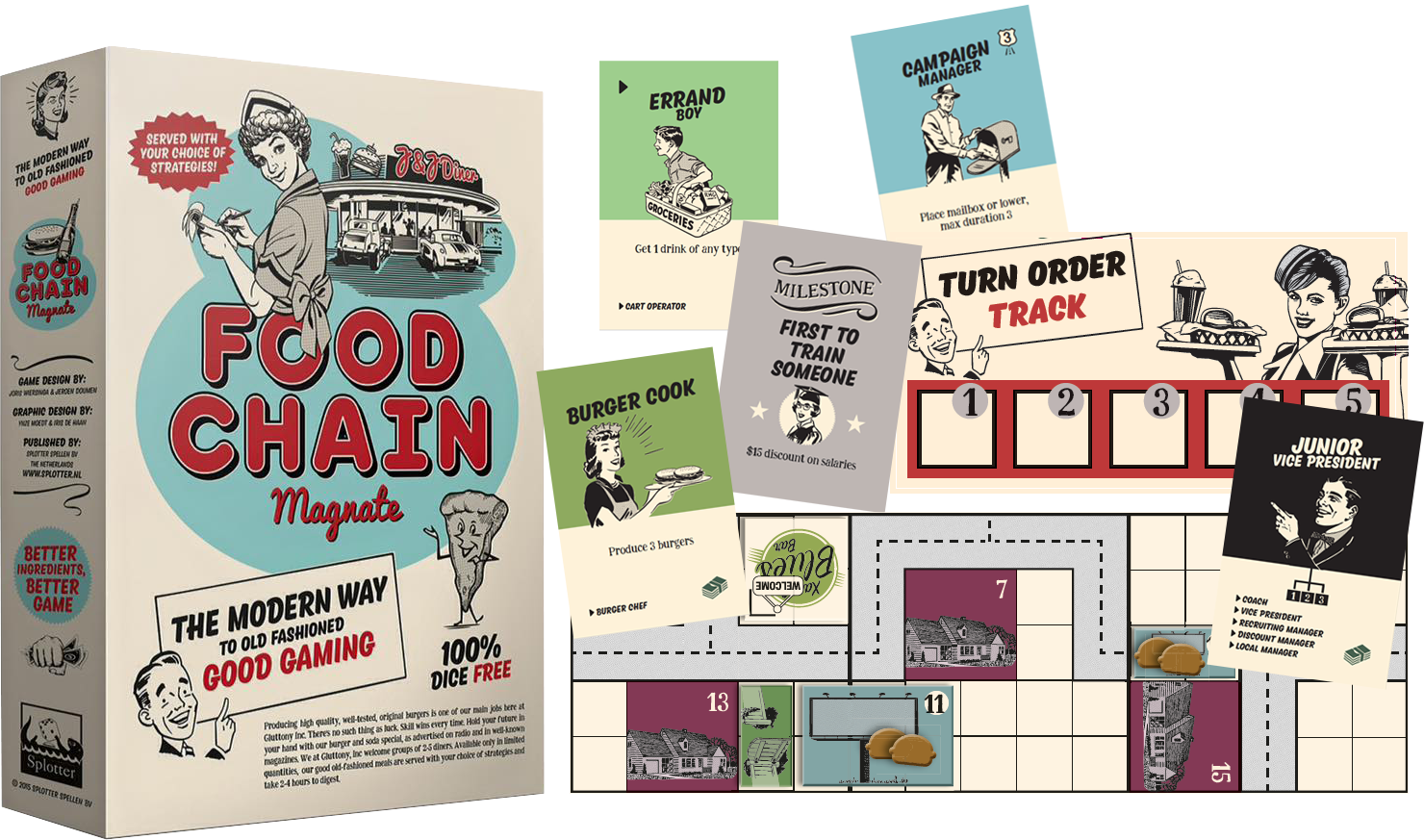 One of the many celebrated Eurogames from small studio Splotter, Food Chain Magnate is a hefty strategy game about establishing your own fast food franchise to rival McDonalds or Burger King. Over the course of several hours, players must juggle the purchasing, marketing and customer sales of food and drink, as well as managing their staff and outlets. Plus, they’ll need to keep an eye on the moves of their opponents as they vie for control of the central city map. Like many of Splotter’s games, Food Chain Magnate can be hard to track down – but if you can find a copy, it’s a must-buy. 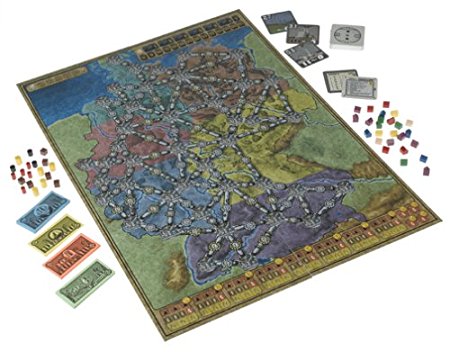 Probably the best-known and best-loved game by green-loving and F-obsessed designer Friedemann Friese, Power Grid is about networking energy across a map, keeping the lights on in cities and bidding for better power plants while contending with the fluctuating role of resources such as coal, gas and uranium. A super-sized deluxe edition of the modern favourite came out a few years ago, followed by last year’s Power Grid: The Card Game, which does away with the board and focuses on the bidding aspects for a faster play experience.

This article originally appeared in the October/November 2017 issue of Tabletop Gaming. Pick up the latest issue of the UK's fastest-growing gaming magazine in print or digital here – or subscribe to make sure you never miss another issue.