Ten of the Best: Building Games On the up and up! Here's a top ten of the best building games

The life of a property mogul can be a tough one, whether it’s annoying rules and regulations stopping you from bulldozing people’s houses to make way for your latest venture, or the bank/mafia wanting you to ‘pay back’ your loan. Here then are our favourite building and construction games  – whether that’s cities or kingdoms 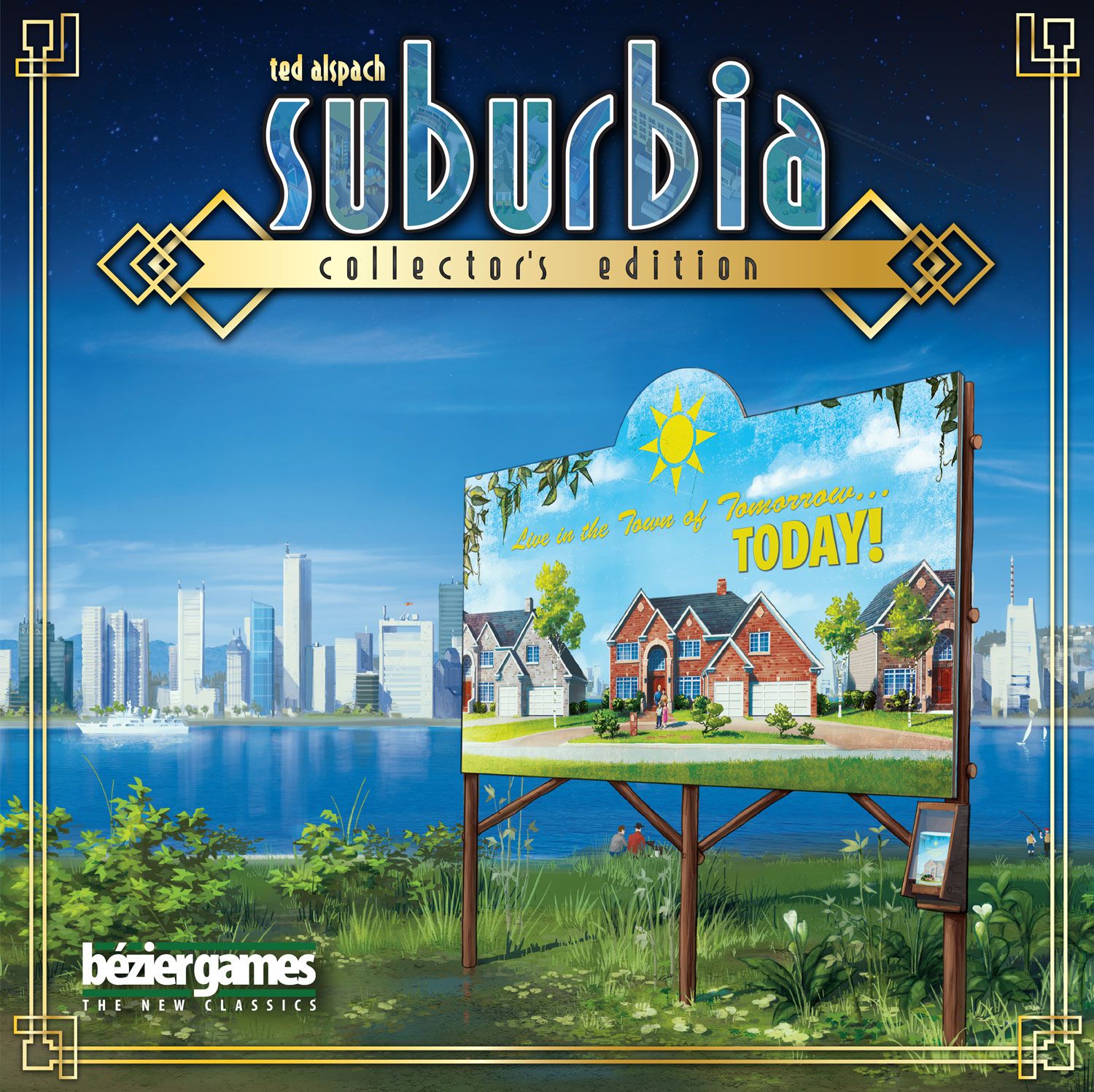 Ted Alspach’s tribute to the great American sprawl is a masterpiece of buying and building. Players create their own cities using hexagonal tiles, gaining points for placement. Managing the reputation of your area is key to success, as when you grow your population there’s more to deal with – and people won’t move without a good reason. While it’s not exactly Sim City, it does have a number of nods to the classic city building series. One for those who want a meaty city management game that doesn’t mind making fun of what Alspach refers to as the “ugly sprawl”.

Pick up your copy of Suburbia here 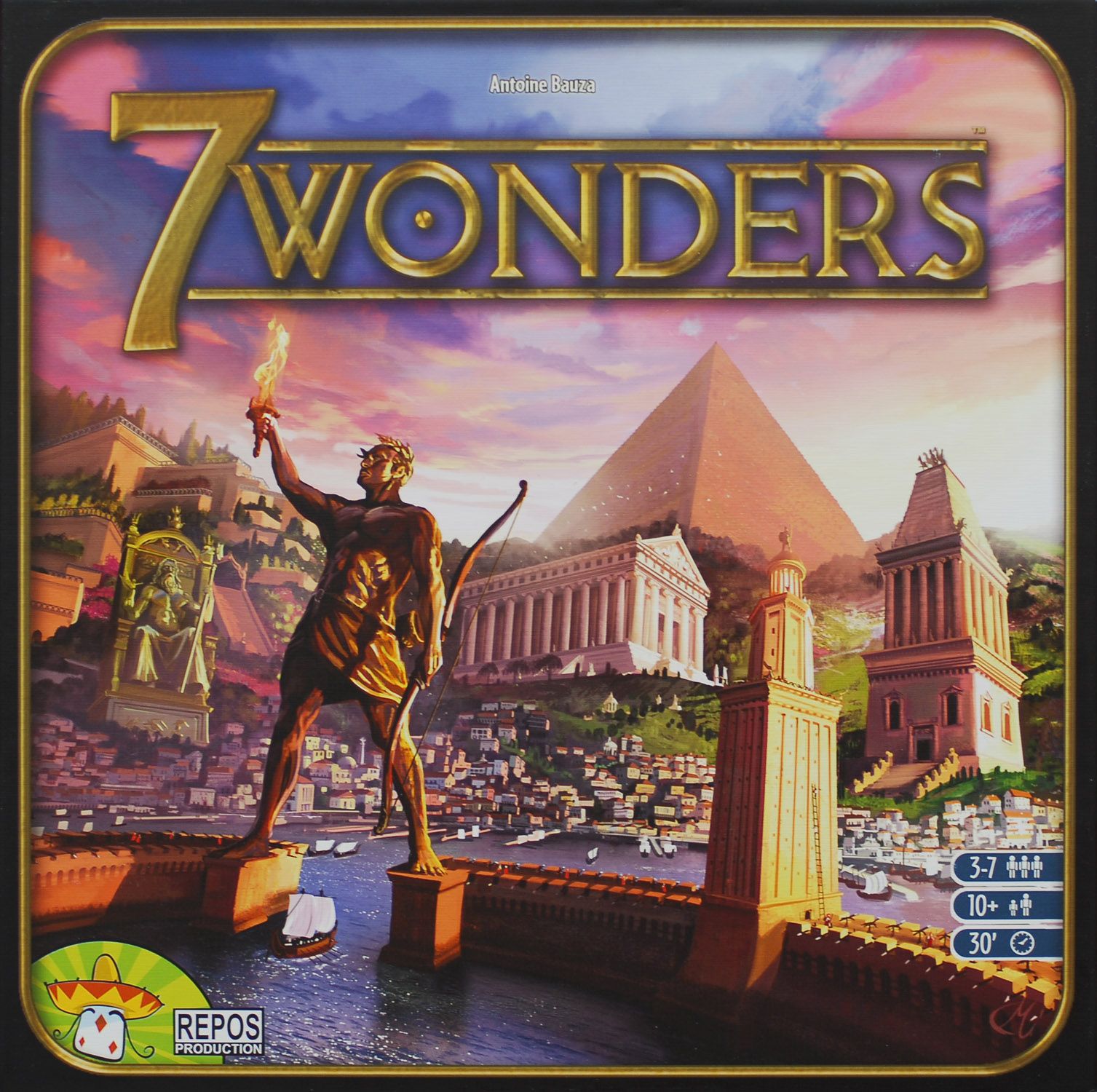 This might be a cheat, as many of these cities now lay in ruins (spoilers, sorry) – but 7 Wonders is a classic on the theme of building your city up to be the best around the table. Using a pick and pass method, players build up their cities, rolling out their strategy as they go. Some cards are simply for points, while others create lasting effects on other players. Make the most of the choices you’re given – as every card you don’t choose is an option for your opponents. With a ten year anniversary coming up, and the 7 Wonders Duel version for duos, now’s a great time to return to an ancient favourite.

Pick up your copy of 7 Wonders here 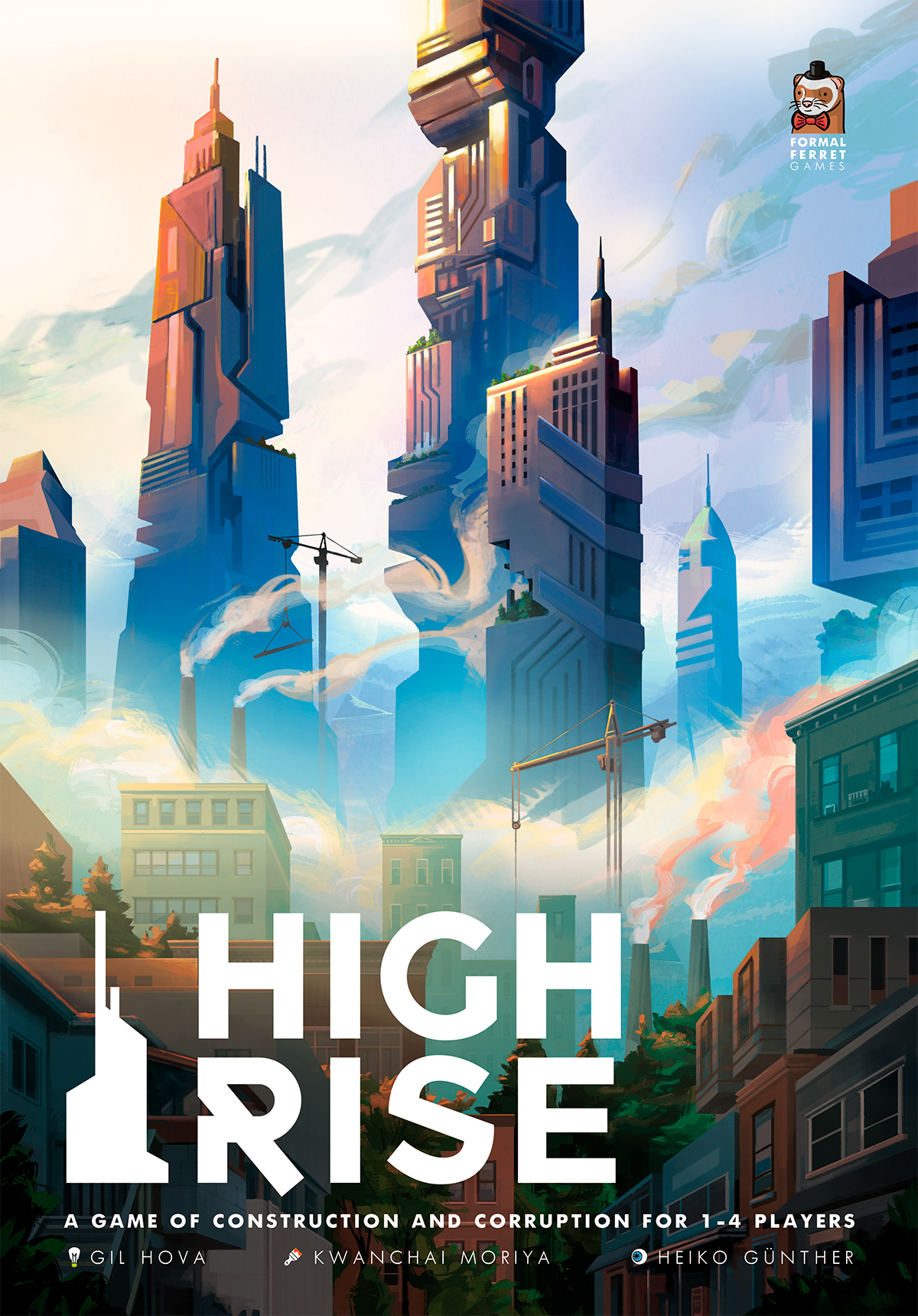 A game about building big towers in the city while trying not to build up too much corruption. The game uses a smart ‘move as far ahead as you like’ and ‘last player goes first’ worker placement system that means getting ahead might put you behind in the end. With stunning art and design by Heiko Günther and Kwanchai Moriya, this is a showpiece of a city-builder that will dominate the skyline of your games evening. And with a touch of Monopoly about it, in a good way, this is one of the slickest city builders out there. Keep an eye out for the review in the next issue.

Pick up your copy of High Rise here 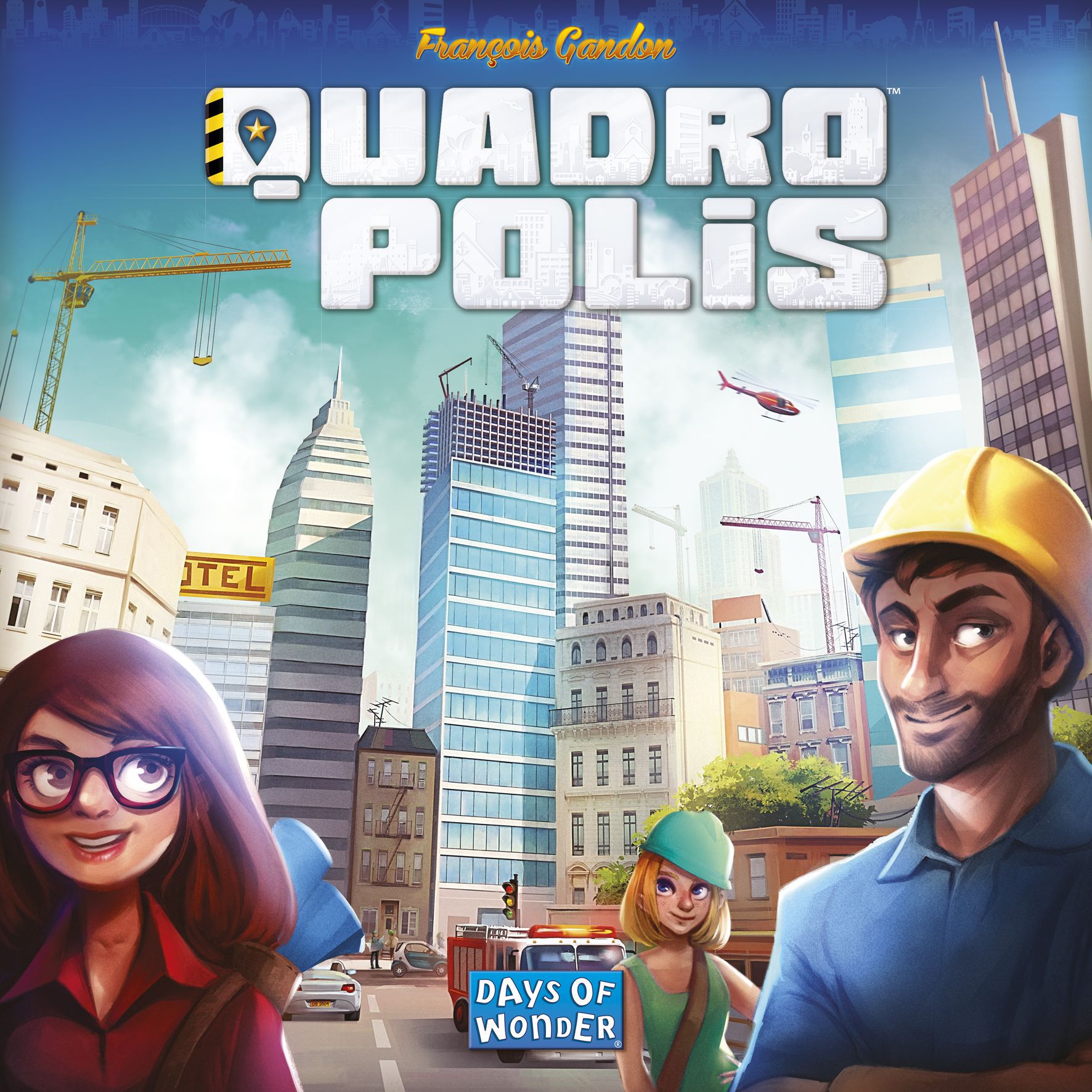 A hardhat-wearing worker-placement game, where you can get blocked from grabbing the construction materials you need by other players. Using an architect numbered from one to five, you select a row on the grid of building before you – once picked up, you have to place that building in the section of your personal board that matches the number. Simple, but the ingenious blocking mechanism that come in to play mean a thinning board towards the end of each round. Scoring is based on having the most of something and adjacency to other useful and compatible zones of your city. It’s a smart and elegant game with a simplicity that will draw you in.

Pick up your copy of Quadropolis here

5. Cities: Skylines – The Board Game

A cooperative city builder that tries to capture some of that ‘zen garden’ feeling of problem-solving in the video game. Start with a board of empty plots, and build your way up to the milestones required to make your city grow. After each milestone more board is revealed and the cycle continues. A good solo experience is also on offer, with the natural puzzle of the board and sheer variety of building types to lay the foundations for – equally the cards played during a game will keep things fresh every time you visit.

Pick up your copy of Cities: Skylines here 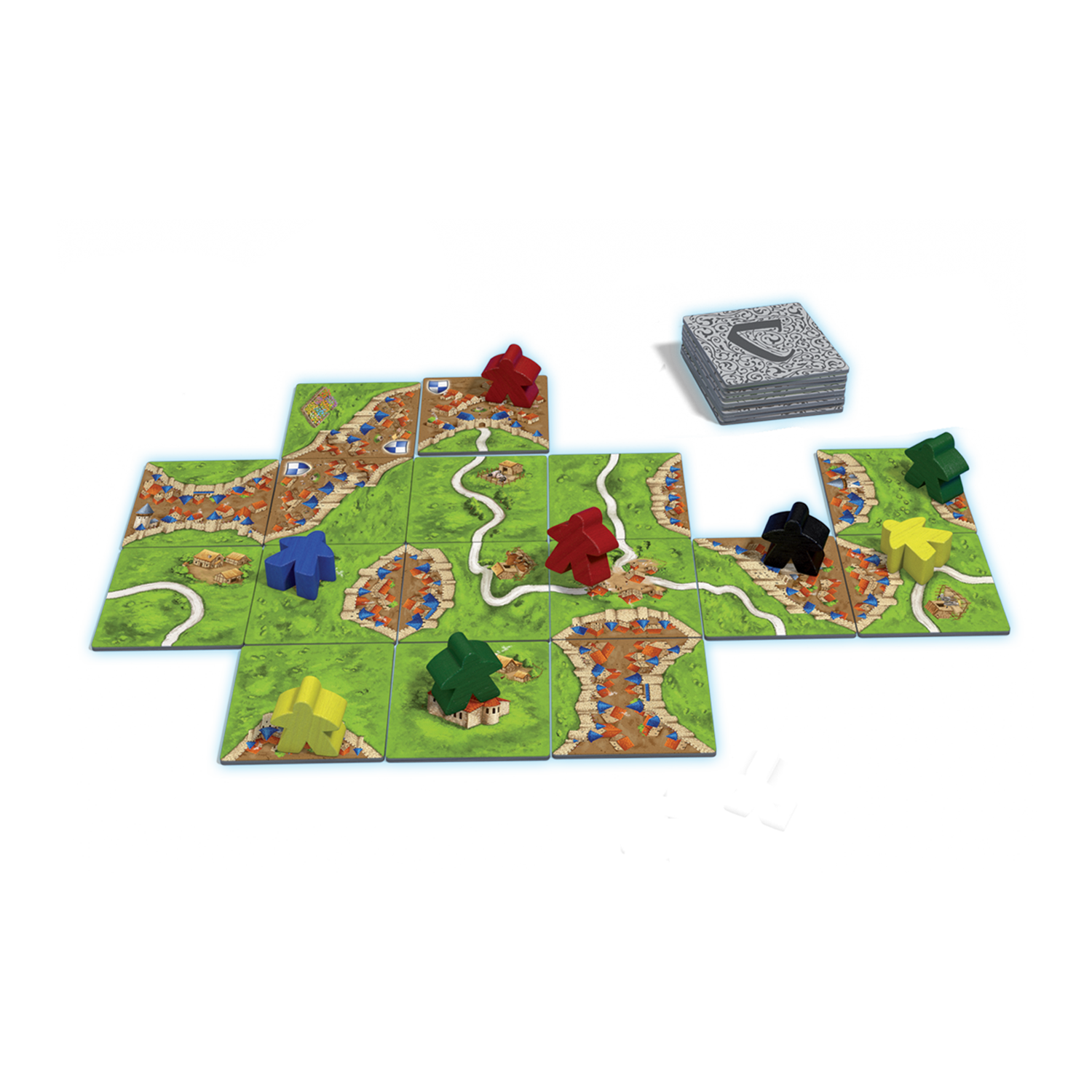 Maybe it’s too obvious to mention – but it is one of the best. Carcassonne is where many of us learnt to love building things on our tabletops in the first place. The satisfaction of looking at a finished board and seeing the scars of growth and the tussles over various castles cannot be overstated. For those yet to have had this experience, the game plays out as a tile-laying and claiming game that expands a collective map of the world. Castles are only scored once completed, and someone can reverse park their castle into yours – sharing your points – if they’re clever. More fun than fighting with your neighbours, but occasionally as frustrating. In a good way.

Pick up your copy of Carcassonne here 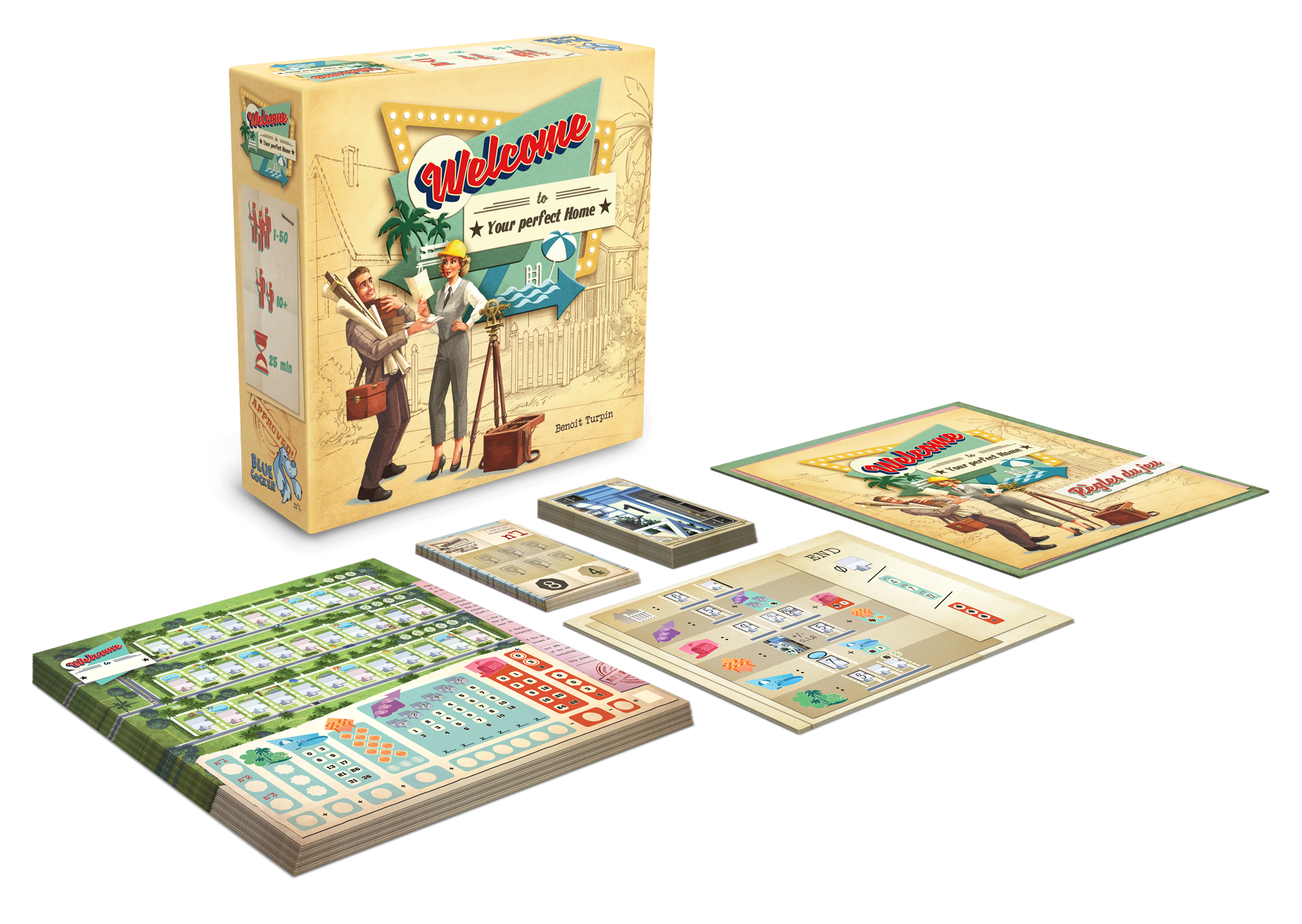 A roll-and-write entry into the builder genre, because what is property speculation if not a roll of a dice? Well, it might be the flip of a card, as it is here. Cards are turned and players fill in their houses on various streets. Naturally, you’ll be using power-ups to increase values when you need to – all with the goal of being the first to create a public good for the whole town to enjoy.  A great one for younger architects and with Doomsday (Fallout flavoured), Halloween (fancy dress) and Outbreak (zombies) expansions now available, there’s never been a better time to visit this slice of 1950s America.

Pick up your copy of Welcome To here 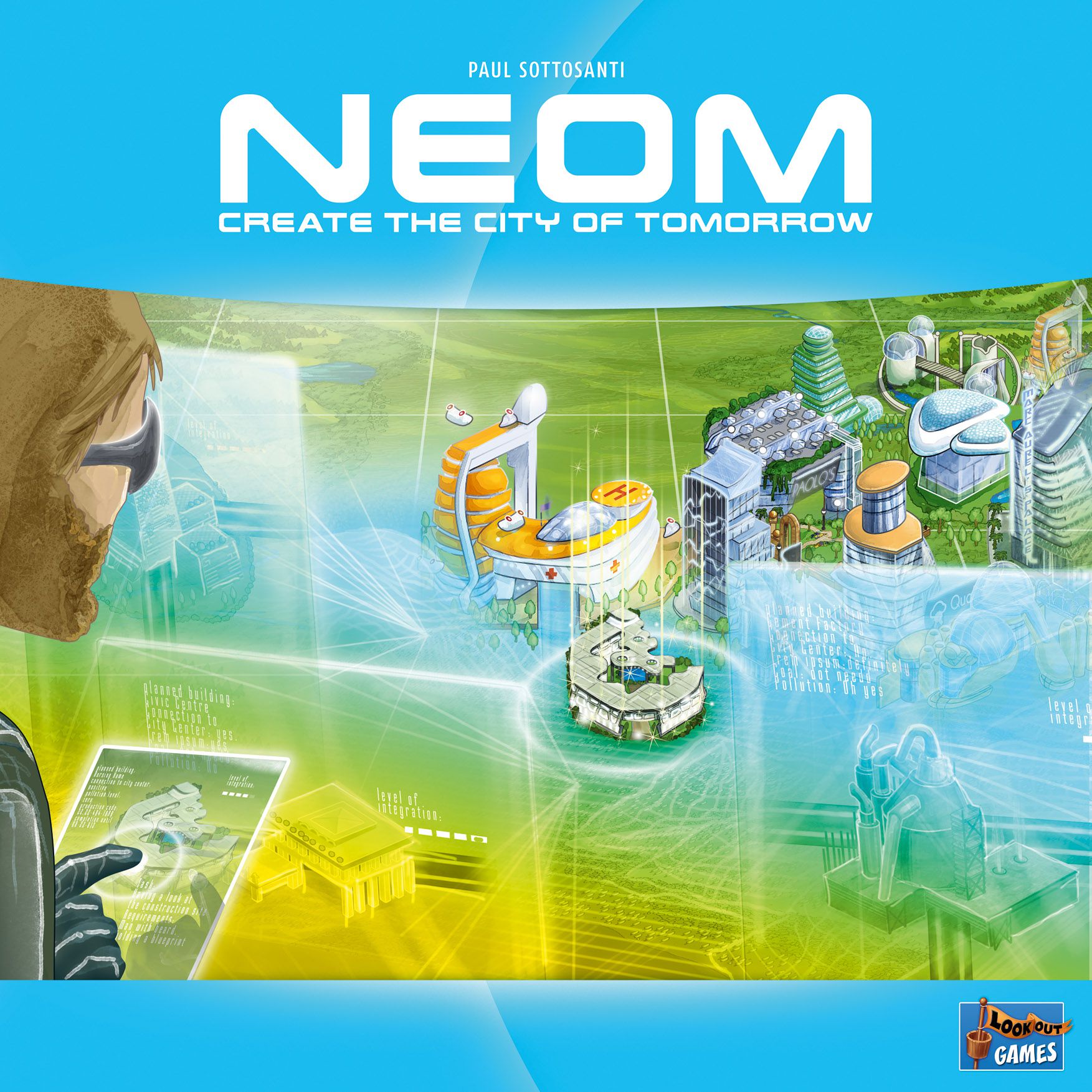 A city builder with simultaneous drafting and an interesting use of roads – they cause an interesting puzzle when laying your tiles, as roads can’t just end, while also allowing you to connect to your neighbours around the table. It’s an interesting way of linking up the play around a table, and it’s one of the few ‘personal city builders’ that takes the wider city ecosystem of trade into account. It’s a fun tile layer with some interesting meta-game mechanics that reach beyond the city limits.

Pick up your copy of NEOM here 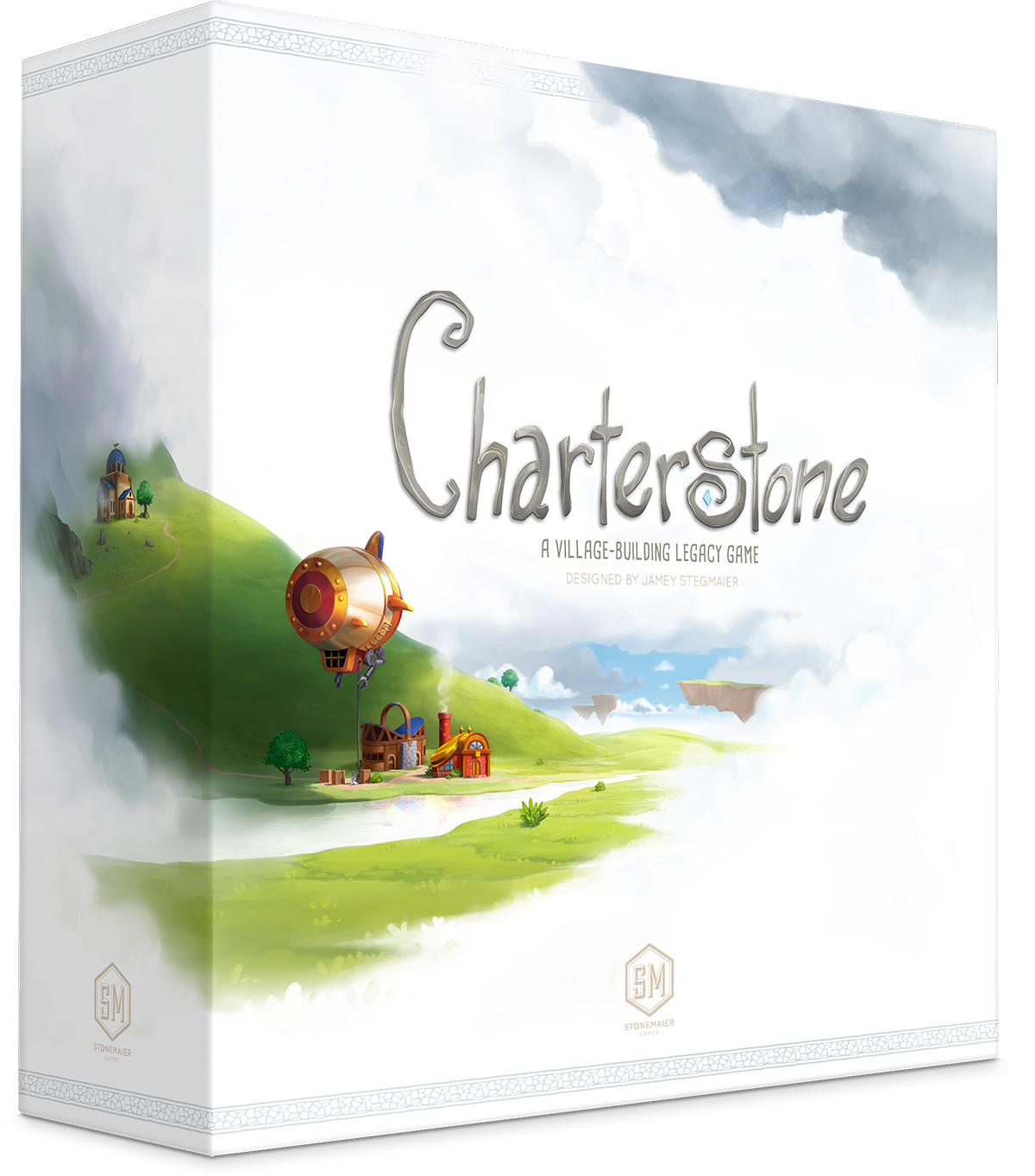 A curious entry from Stonemaier for those who like their towns to change… for good. Charterstone is about building a new village across a number of play sessions, each time creating new action spaces for players to use with the permanent stickers. It’s a legacy builder game that, once complete, is your own personal Eurogame. If you’ve ever wondered if a town can reflect the people who build it, this is probably the best proof on our tabletops.

Pick up your copy of Charterstone here

10. Isle of Skye: From Chieftain to King 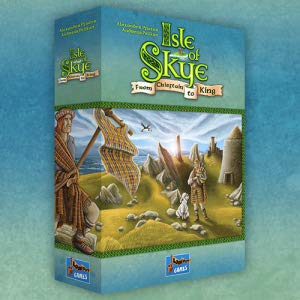 Welcome to the isle of Skye, barely tucked in on Scotland’s western Atlantic border. Another ancient tile layer, you will take the role of clan chiefs attempting to build their kingdoms. While many games work on a tile-laying-and-building basis, this one has the added joy of a market round where players set up tiles they’ve picked up for sale – setting the price as they wish. If no one buys them of course, the bill is left with the seller. A clever game of being able to read the lay of the land quickly and astutely.

Pick up your copy of Isle of Skye here

And if our those ten games aren't enough, as part of Virtual Tabletop Gaming Live came a panel hosted by Bez on this very topic! The conversation features Gil Hova (High Rise), James Naylor (Magnate), Zach Connelly (LOTS), and it's not one you'll want to miss: