We reflect on what would have taken place at Salute 2020

Salute 2020 was, unsurprisingly, cancelled in April of this year. The theme for this year was "The Battle of Britain" and as we near the official 80th anniversary date on 15th September, we reflect on the Club Game which would have been played.

This feature has been taken from the official Salute Show Guide 2020 which accompanied the April 2020 issue of Miniature Wargames.

Salute 2020 commemorates the 80th anniversary of the Battle of Britain. We wanted to reflect that in a participation game and whilst we could have created an air combat game we were fortunate that the timing coincides quite closely with the remastering of the classic Peter Borg “Battle of Britain” board game by the Plastic Soldier Company. Thanks to the generosity and help of Will Townshend from PSC we will be putting on an ‘up-scaled’ version of that game using all the contents from the regular board game but with increased numbers of aircraft to add to the visual effect and we will be using a purpose built large version of the game board.

The board game can be played by 2 to 4 players although in our version will have up to seven participants playing the Luftwaffe while we will control the R.A.F. The game simulates the air battles of July to August of 1940 and combines a map of Britain with the feel of the plotting tables that Fighter Command Operations would use to plan the deployment of their forces and track the engagements as they developed. 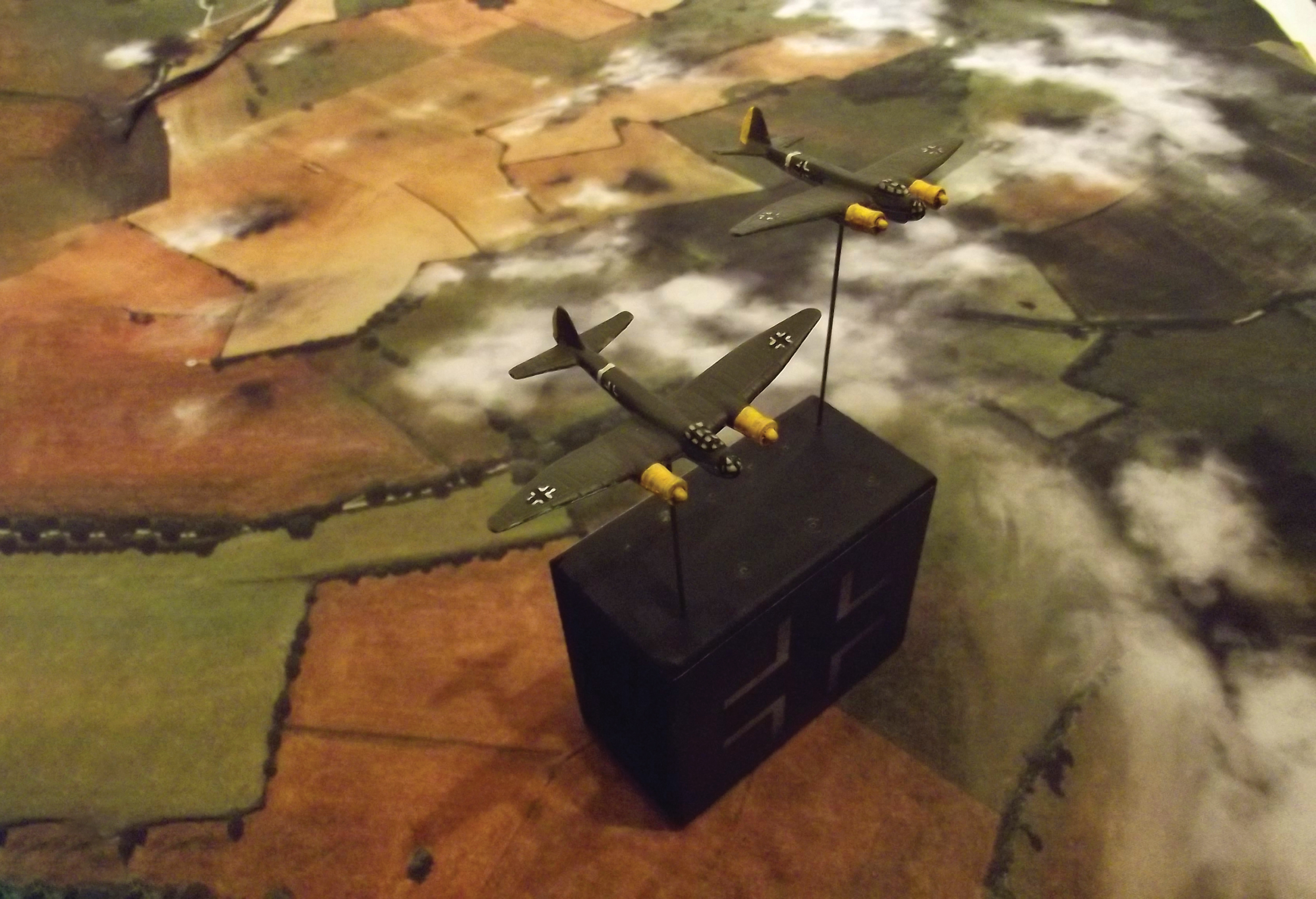 Players will command one of seven Luftwaffe flights from Luftflotte 2 and 3 in Northern France or Luftflotte 5 in Norway with a range of possible aircraft types attacking the homeland’s cities, industrial resources, airfields and vital radar chain. The R.A.F. must thwart the Luftwaffe’s bombing missions, tear the heart out of their bomber and fighter squadrons and survive long enough to win the game. The full game consists of three Battle of Britain scenarios; Channel Battle, Duel of Eagles and London Burning. Each scenario takes four game turns and each player will play one turn. That might not sound a lot but actually one turn equates to seven phases from selecting the target, engaging in dogfights and carrying out bombing runs. Not to forget that each turn’s results will effect subsequent ones. Successful German bombing raids will determine the British ability to repair aircraft, airfields, radar stations and mount a continued defence.

Each different type of aircraft is represented by squadron cards which give a ‘dogfight’ strength, a ‘damage’ number and a bombing number for German bombers. These relate to the numbers of dice rolled during attacks. Both sides roll their dice together and instead of numbers on the dice there are either Allied roundels or Axis crosses. The numbers of each are compared to give the result but the interesting twist here is that it is possible to roll and damage yourself representing pilot fatigue, loss of resources, delays in reinforcements etc.

We will be playing all three scenarios back to back. After each we will total up the victory points and so by the end of the day we will see if we have managed to equal the historical outcome or whether the Luftwaffe can command the skies and lay the groundwork for an imminent invasion changing the whole course of the war. Come by during the day and see how things are progressing.

You can purchase a copy of the game "Battle of Britain" for £49.99 from Amazon here.

If you would like to buy a copy of the April 2020 issue of Miniature Wargames and the full Salute Show Guide 2020, click here 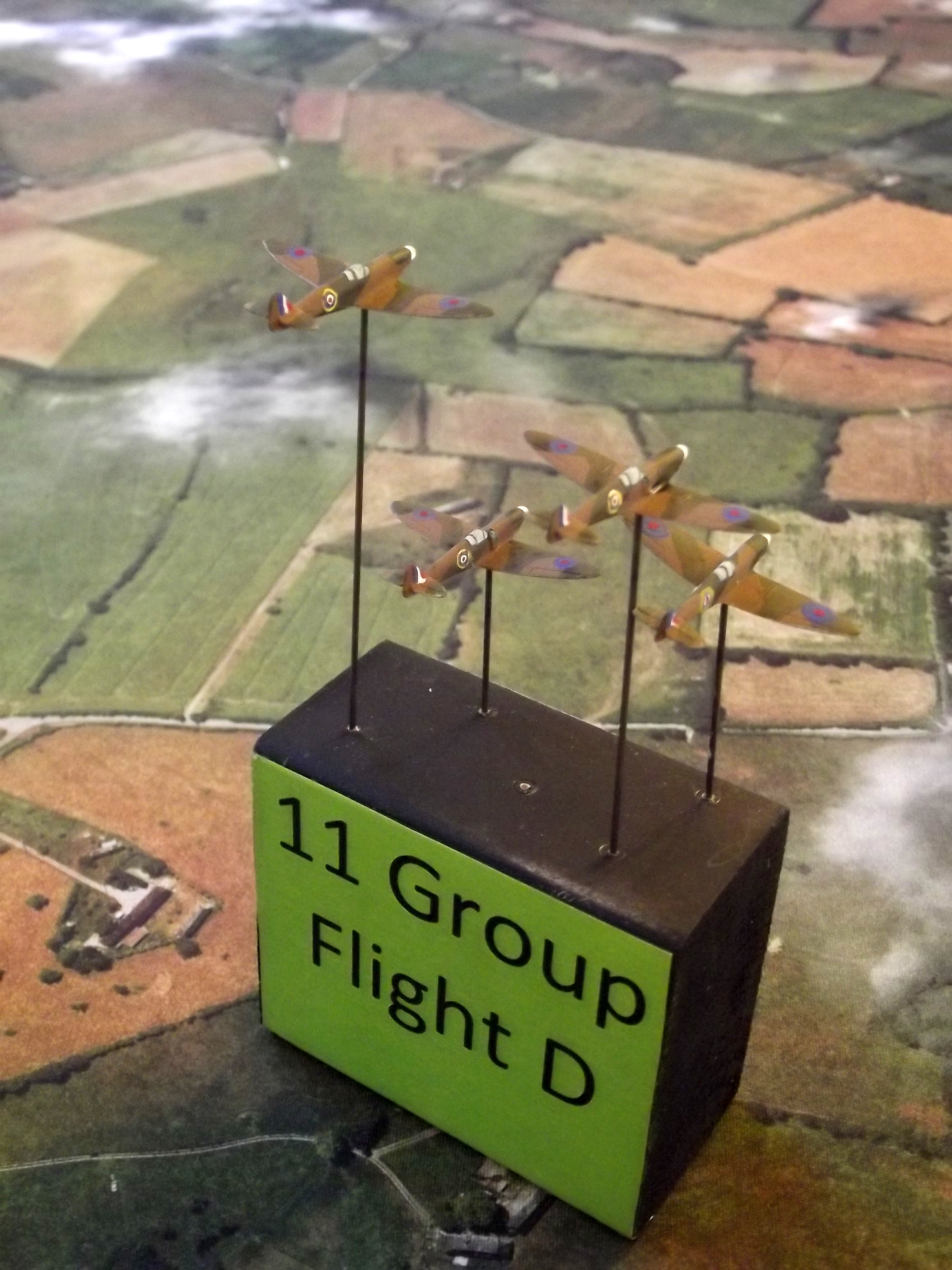 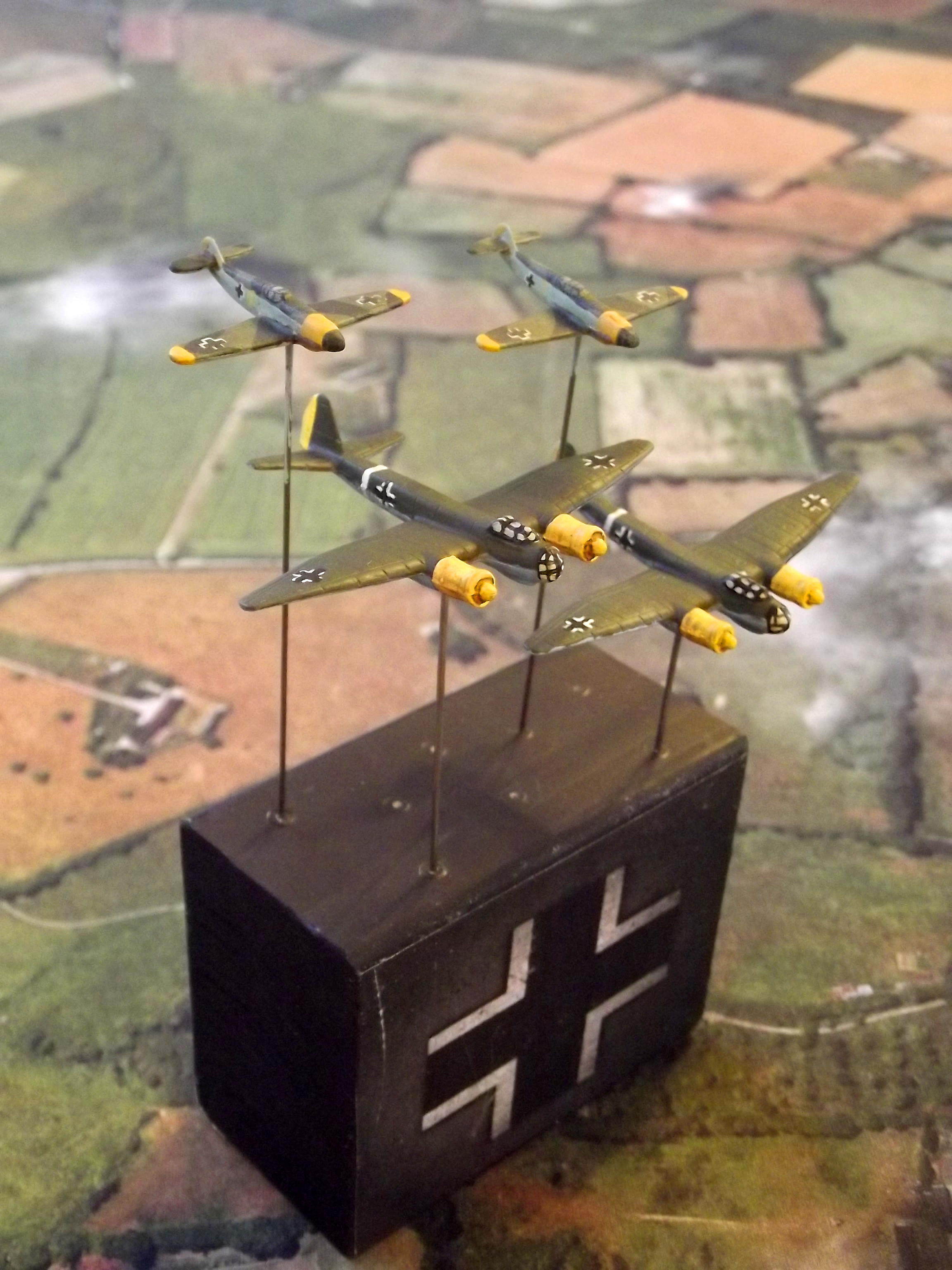