Ten of the Best: Deckbuilding Games We’ve drawn a great hand of games that ask you to create your deck at the table (no pre-construction here) to give you that satisfying power curve in your games evening. 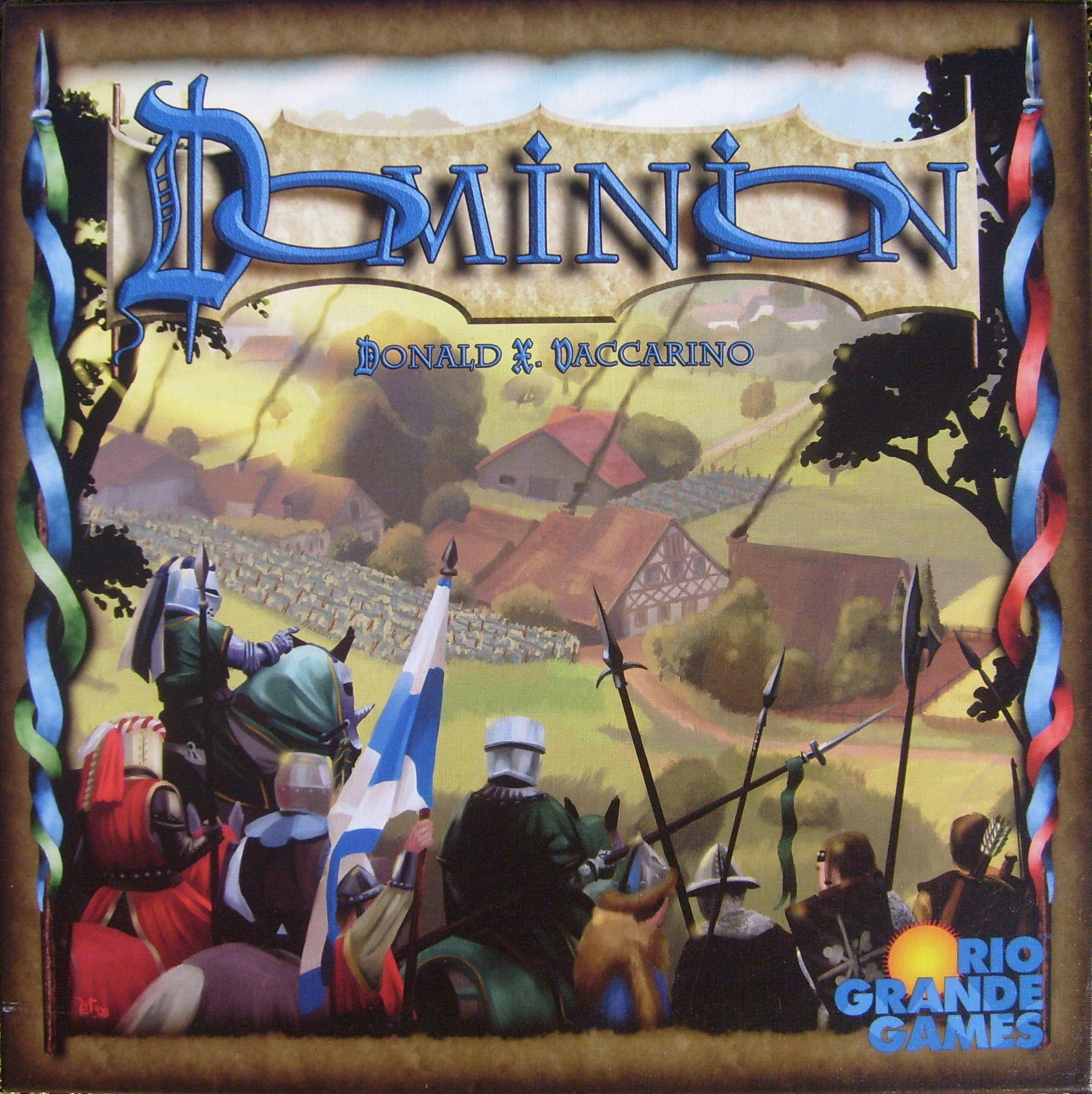 This is a given in any list about deckbuilding. Everyone’s go-to example of what the genre can do, it defined the loop of buying cards from a market to make your deck better (or just to allow you to buy better cards next turn), with the ultimate goal of having the most points. While the theme might creak a bit underneath the weight of the mechanics (or feel a little superfluous) the many, many, expansions for the game make it an excellent pick for those who want a game that can last them a lifetime. A game of great depth with an accessible core. 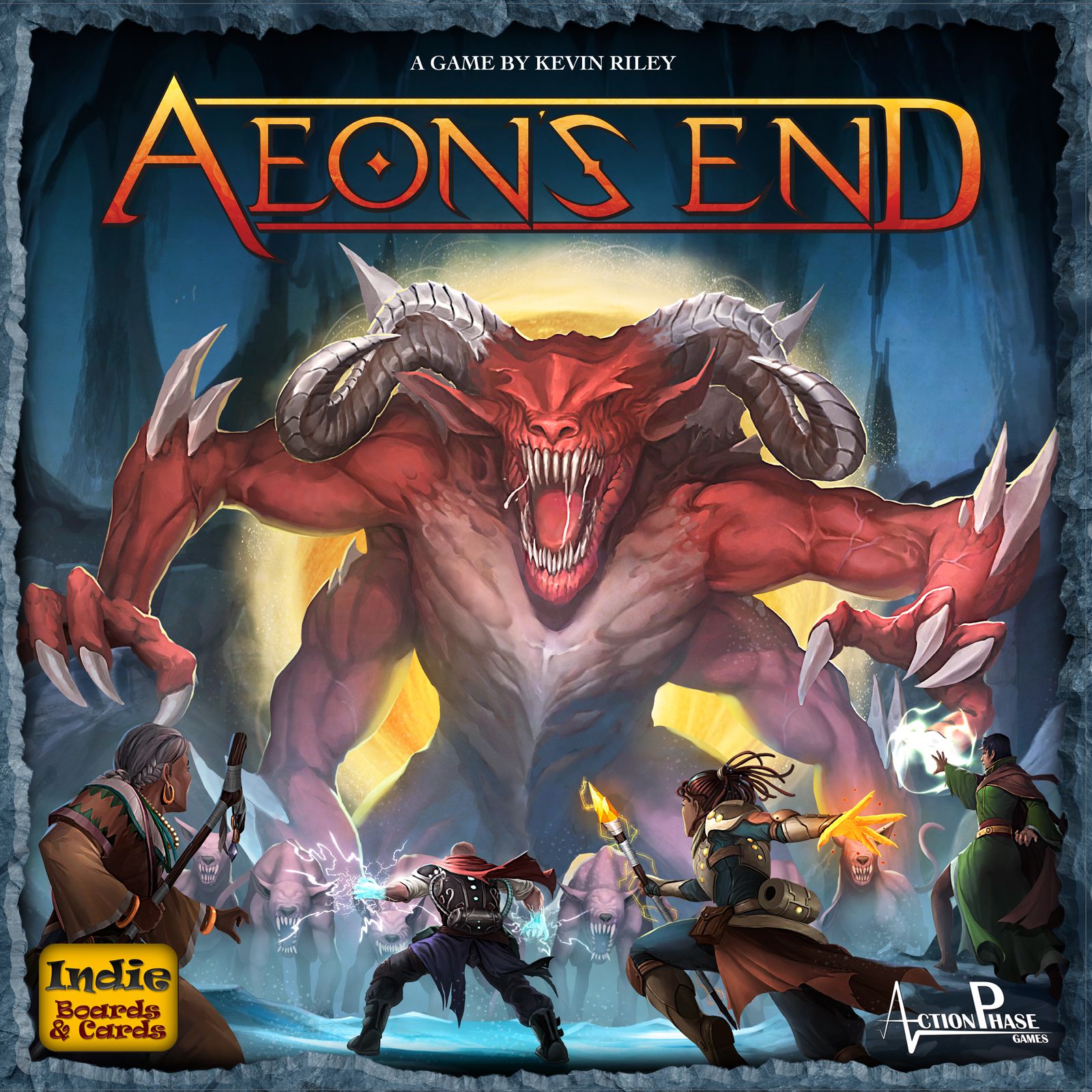 This boss battler of a deck-building game offers up enticing challenges, especially to those who are willing to explore its depths. Players take the role of Breach Mages who charge up their attacks in portal slots, to fight off huge monsters. The real trick here is that there’s no shuffling of the deck, which means players must be mindful of the order in which they discard their cards. Beyond that, with a huge expanded (and legacy) universe to explore, there’s always another giant and weird boss to fight. An excellent cooperative outing for the genre. 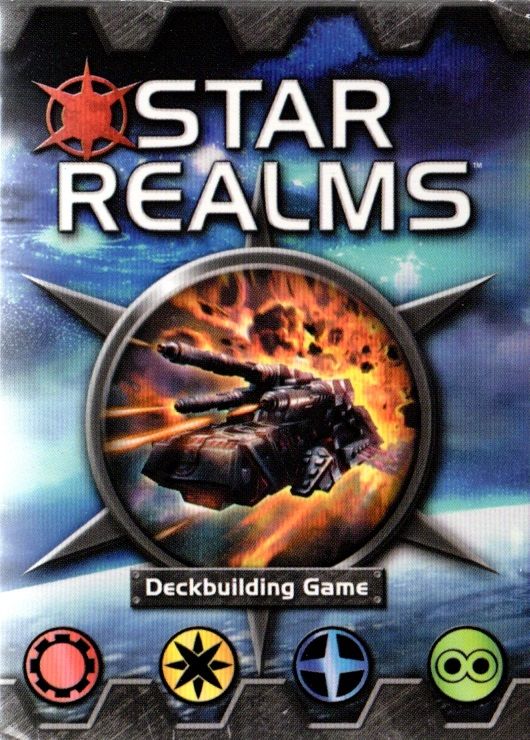 The quintessential quick-blast-of-deck-building game. Star Realms sets you up with the traditional head to head wizard duel, but with spaceship captain. A central market is available to both players to buy from, allowing them to bolster their decks. These cards offer players the ability to do damage directly to each other and to the ships and stations they build. A simple game that offers some depth in the combo system (play a matching card type to your space station for example, and it will fire some lasers). If you’re not sure about getting into deckbuilding games, this is the fastest one to try (along with the expansions). 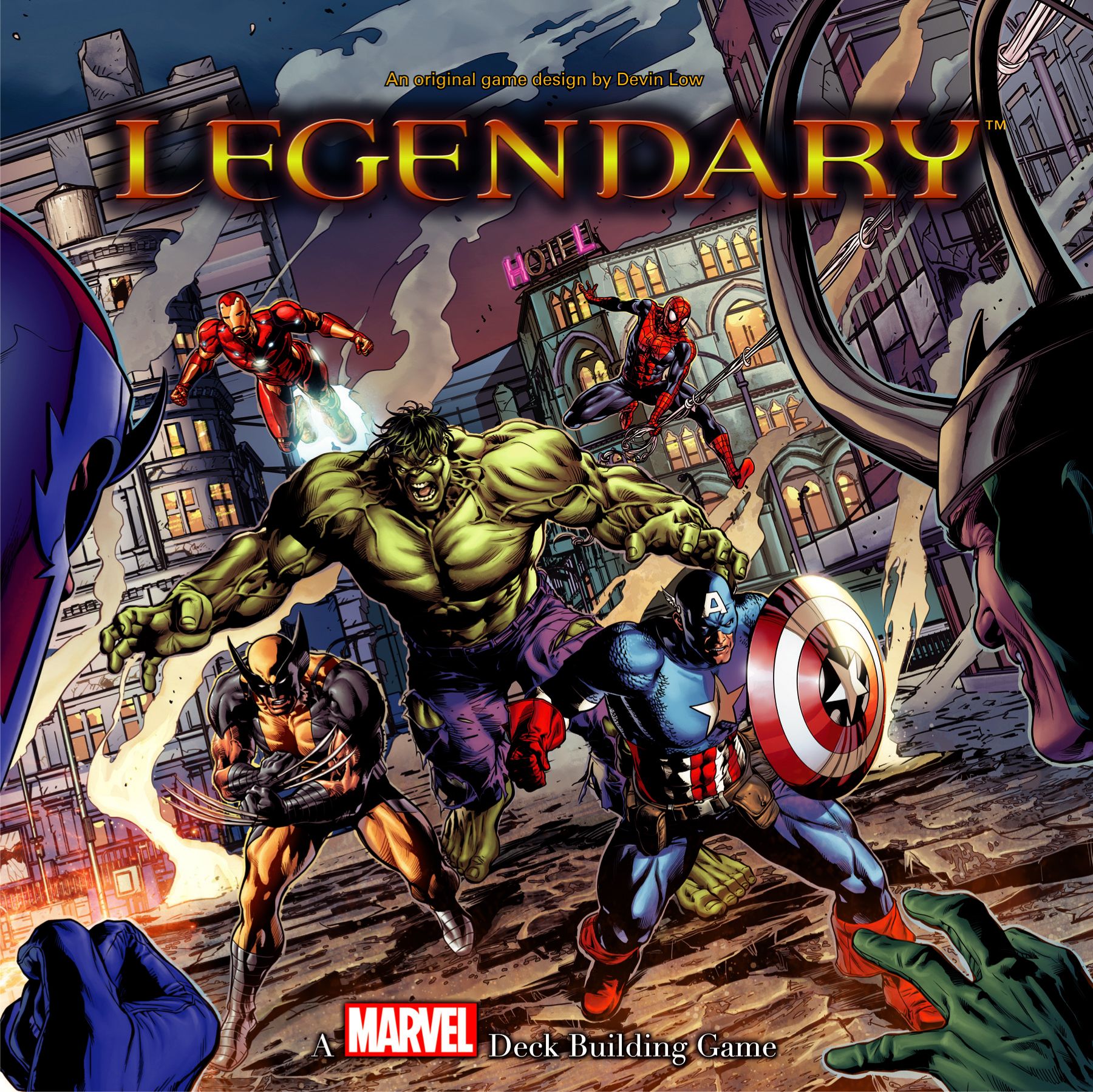 Before Marvel Champions became the defacto Marvel card game, Legendary offered us the best co-op card experience, this time using deckbuilding. Players take the role of S.H.I.E.L.D. agents recruiting superheroes to their cadre to take on the mastermind. Much like other cooperative deckbuilding games, it’s a case of trying to play whack-a-mole with the villains that pop out from the sewers deck, until you’re powerful enough to defeat the mastermind of the scenario – with the added twist that villains can take hostages, which you’ll need to free as a priority unless you want to fill your deck with useless wound cards. Also available in Alien and 007 flavours, amongst others.

5. The Big Book of Madness 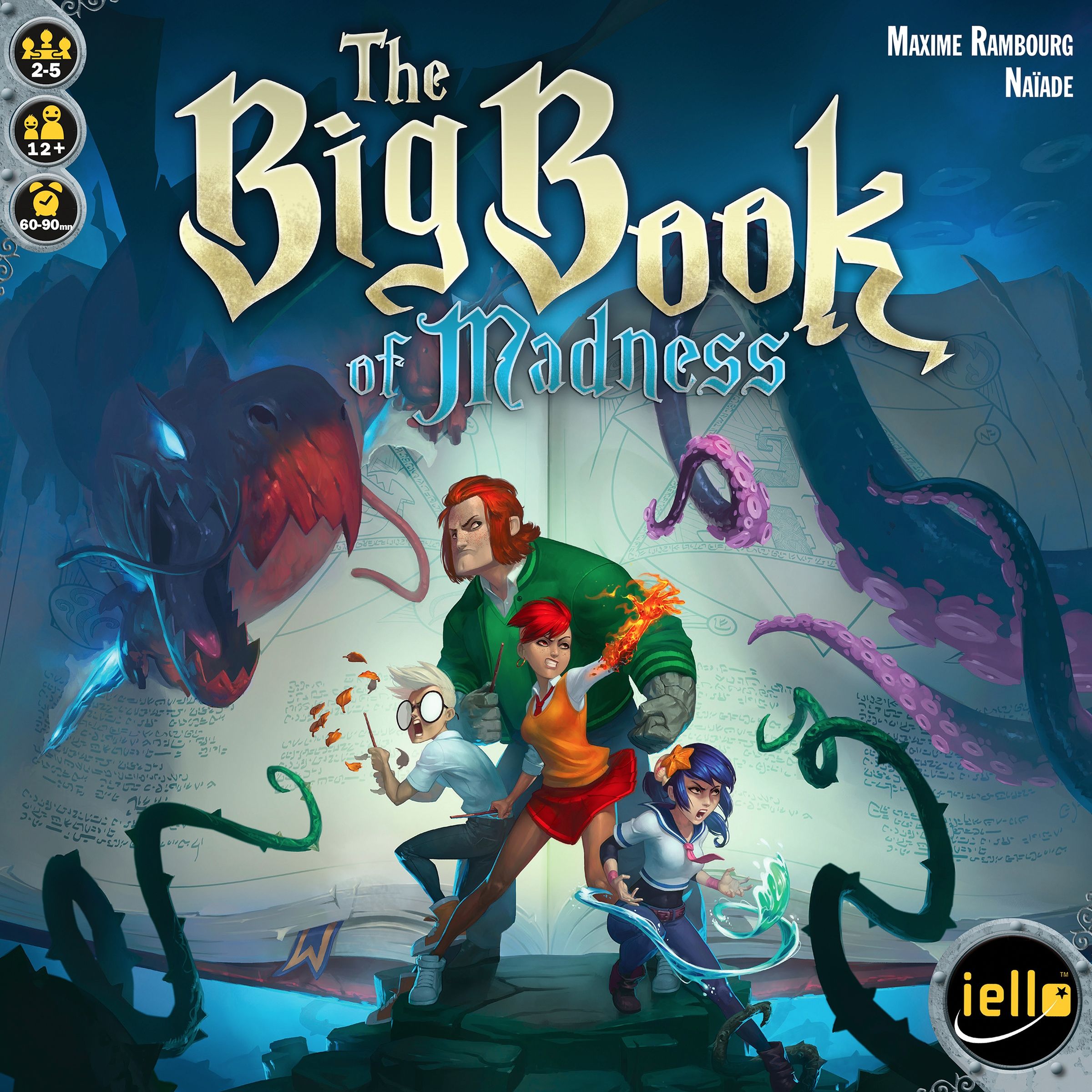 We all love to be trapped in a good book… wait, hold on, that’s not quite right. In The Big Book of Madness we’re trying to get out of the titular book before going mad by beating six waves of enemies and the boss. Together you’ll be playing element cards to pay for spells, and upgrading your deck. The twist here is the madness cards, if you end up with a full hand of them then you’re eliminated. Additionally, the curse cards triggered by each monster may force you to discard elements at the beginning of your turn – meaning you’ll need to be flexible with your plans. A nicely contained game ideal for younger players that doesn’t demand a sprawling collection. 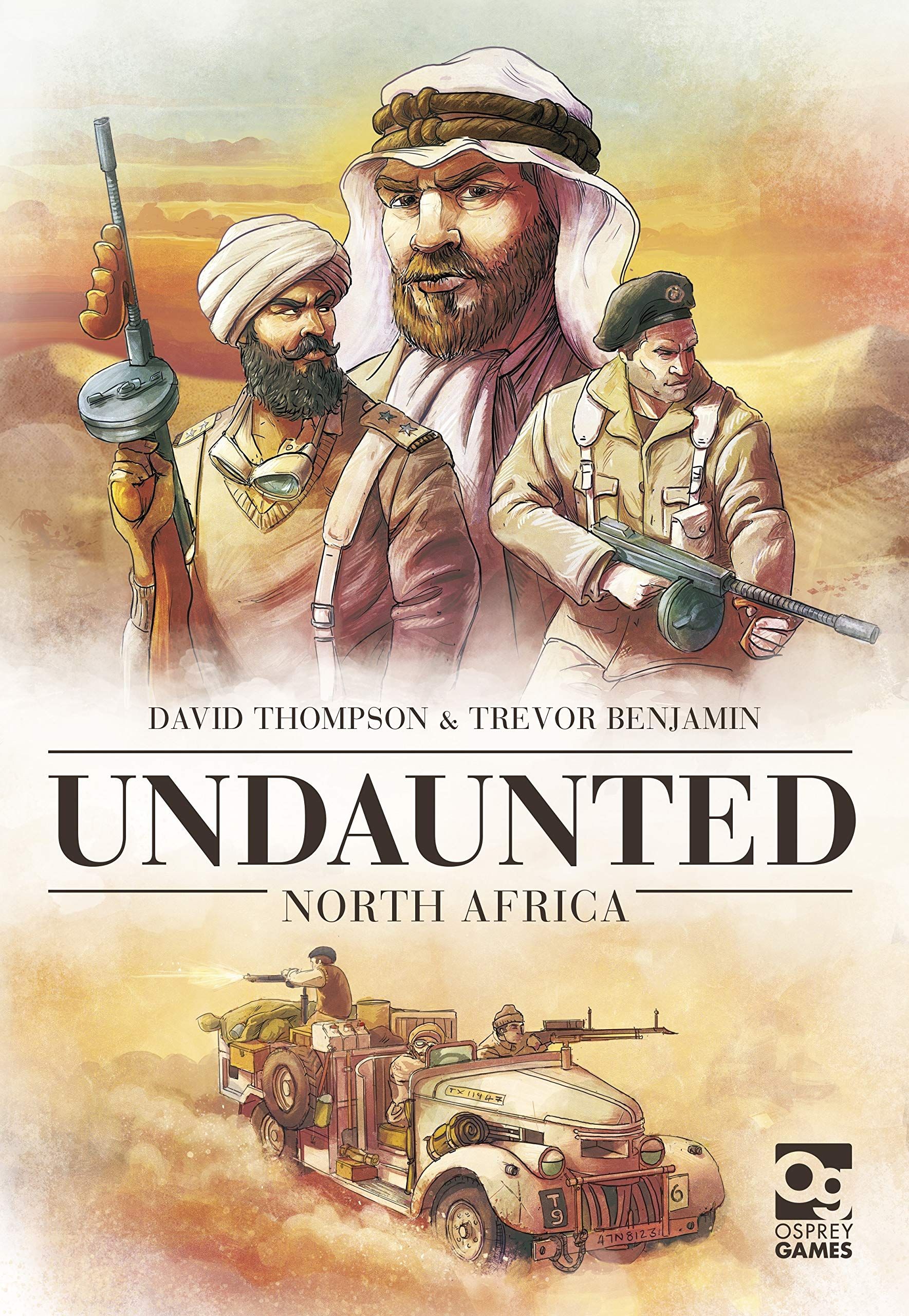 While Undaunted: North Africa isn’t just deckbuilding, it’s so tightly interwoven with the desert-fatigues of the game that it’s impossible to keep it off the list. The core of activating your troop tokens across the conflict zone using your cards – cards which also represent your forces’ health. When you take damage, those cards are removed and your deck is a little less consistent – which can really feel like a force being suppressed or fatigued. With the recent Reinforcement expansion a solo mode has been added as well as a ton of new campaigns to work through. 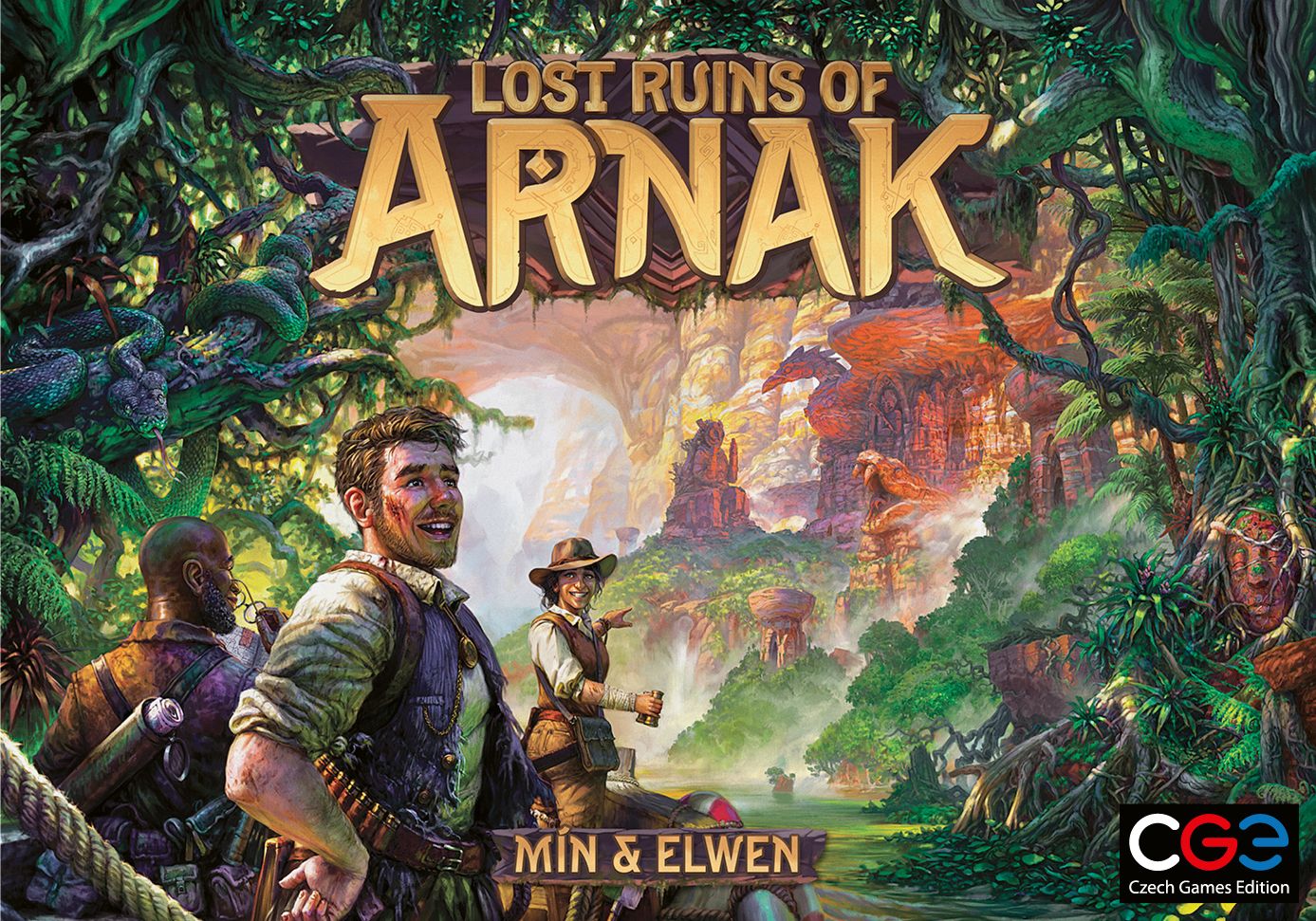 A bit of a cheat to add this to the list, as the deck building element is as deftly dealt as every of the half-dozen mechanics which are present in the game. Cards form your pool of resources and actions during your turn, and the market offers you increasingly powerful relics and items. If you wanted a nibble at deckbuilding with a side of everything else, this is the one to go for. If you find you’ve got a taste for it, there’s nine other great ways to ramp up your deckbuilding future in this very list. 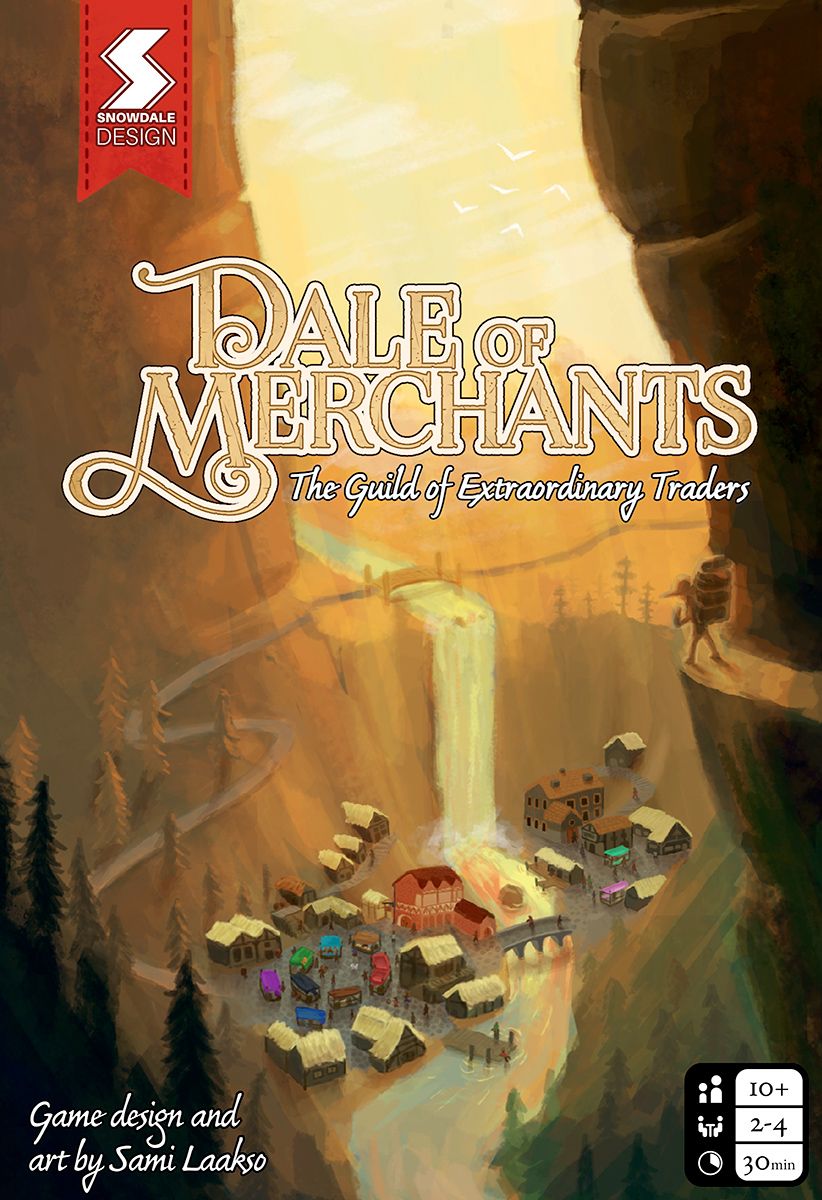 Snowdale Design’s excellent animals-do-commerce game is a charming deckbuilder that puts the future of your fortunes in your furry paws. The game offers a great deal of flexibility in the way you play it, with some deck types using the clock, tokens, or coins. Each game uses a different set of decks to form the market deck and you can use the handy app to decide on what kind of game you want to play. The goal of the game is to stock your stall with the right valued combos of cards – with the tradeoff being that once you play these cards into your stall you’ll not have access to them in your deck. 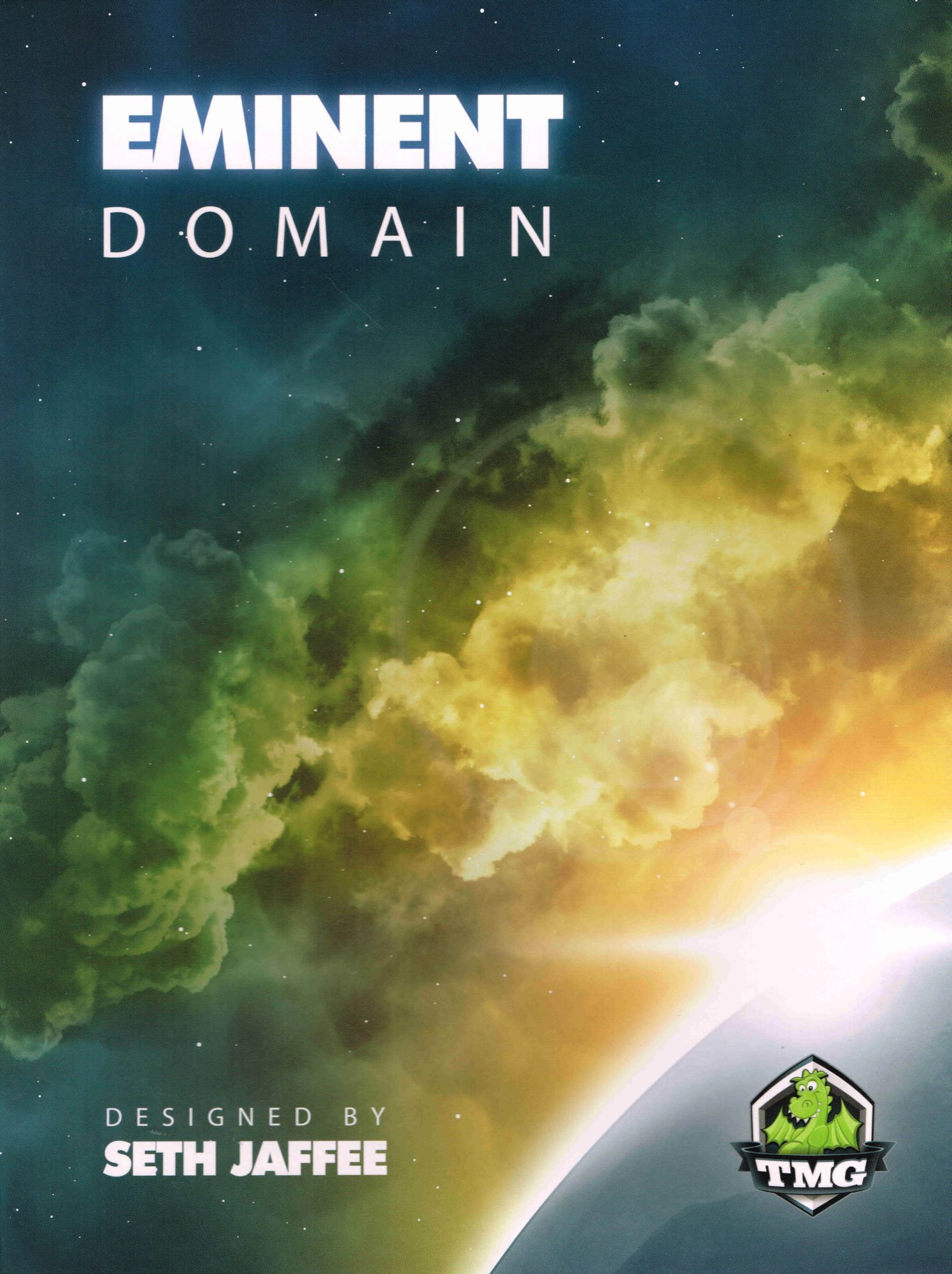 If Dominion is the grandfather of deckbuilders then Eminent Domain is the slightly weird uncle. The game is broken in to two main phases, one for standard actions, and the role phase where the second use of the main cards come into play. The start player chooses an action from this second area and performs the action, such as gaining starfighers, boosting it with cards in their hand. Then the following players choose whether to also take the action, or dissent, drawing a card. This means the leader of each turn sets the agenda for many players, and having interlocking goals can be an advantage. Research, trade and conquer your way to being the most powerful empire in the galaxy. 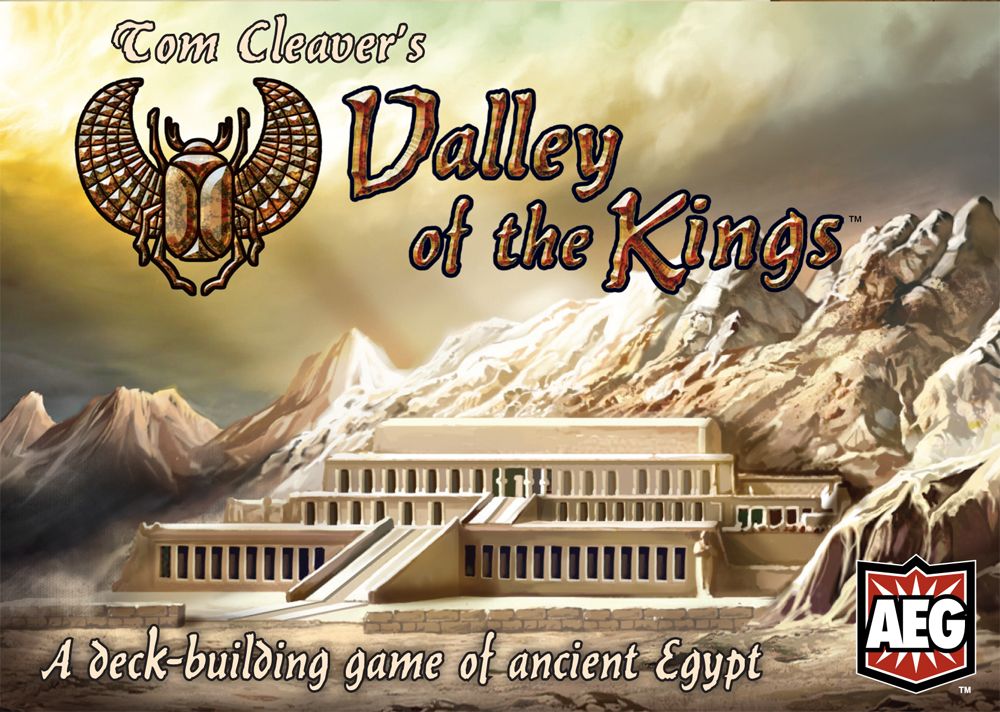 A smaller box from the usually heavy-weight AEG offers a classic Eurogame theme for a  deckbuilder with a quick play time. In this game of pyramid stuffing, you’re trying to gather up as many goodies to keep you busy in the afterlife as possible by entombing the cards you’ve bought from the market before the game ends. While, as the tagline says, you can take it all with you, it’s only the things you entomb and not the cards in your deck. Making the choice of when to pop cards into the afterlife bank against keeping them in your deck for their powerful effects is key to not getting bored in the land beyond.