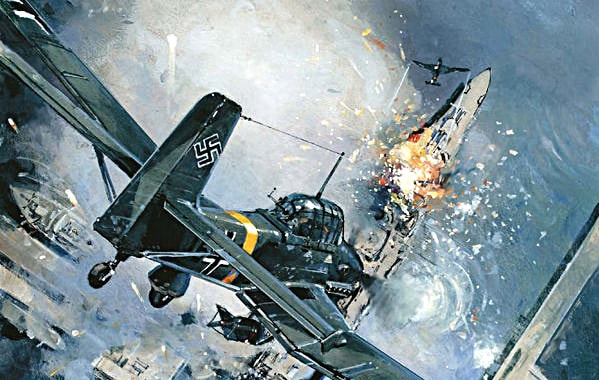 This is an excellent book for anyone interested in the Second World War. It is a detailed study of the war in and around the Baltic and is set into the wider context of the war against Germany as a whole.

After a fascinating summary of the history of the Baltic region up to and including the First World War, it then reviews the political manoeuvring and naval developments in the Baltic region between the wars, covering all the states bordering the Baltic Sea. It gives a detailed view of the main naval players, Germany, Soviet Union and Sweden and also the smaller states, Denmark, Finland and the Baltic States.

It then deals at some length with the war in the Baltic in variable periods of time depending on events. Within that, it mainly concentrates on the Eastern and Finnish Fronts reviewing the war from the perspective of the Scandinavian countries, the Baltic States, Russia and Germany. For the last part of the war, and covering the German evacuations along the coast in the Baltic in some depth, it moves to a description of events on a monthly basis, summarising the activity of Germany, Russia, Finland and Sweden.

This highly engaging narrative is augmented by what could be called sidebars of technical information when the subject arises within the main text. This works very well and gives an insight into various technical issues such as mining, torpedoes, field artillery and other areas which explain the relevance of these issues to the uninitiated.

In such a well-researched book, I was surprised to find that the tables of relative ranks in the Appendices were incorrect. It does not detract from the book as a wholeexcept it is irritating and should be corrected in any future reprint. That said, it is an excellent book and from the wargaming point of view contains some descriptions of events which could be turned into interesting games.

In summary, this is a great addition to the literature and history of the Second World War and shows the importance of the maritime war in the Baltic and its effect on land operations. Well written, engaging and with a flowing narrative it is highly recommended for the expert and general reader alike.