At the time of writing, Salute was just around the corner, so John Treadaway detailed the South London Warlords Event's History

Salute, as it stands, whether you are counting traders and games or wargamers who attend – is the largest one-day wargames show in the world, but it hasn’t always been so: almost 45 years ago when Salute came into being, it was first held over a pub in south London called the Surry Tavern and had, as you might expect, just a few displays and gamers in attendance. But it was an auspicious start!

The organisation behind the show is a wargames club rather than a ‘professional’ company and is entirely staffed by volunteers. Back in 1972 at the date of the first Salute, that group was known by the snappy title of the South Bermondsey Military Modelling Society but very soon changed that moniker to the arguably more memorable “South London Warlords”.

I don’t want to go to Chelsea

That first outing at the Surry Tavern inspired the club to try again the following year and so it hired a hotel but subsequently the show was moved to the rather larger Old Chelsea Town Hall and stayed there until ’76. In 1977 the club tried a different approach and, rather than run Salute as a one-day show, it hired a weekend venue and rented the Winter Gardens in Margate. While the extra space and time to game were both deemed to be a good idea for a convention, it was generally felt that it just “wasn’t Salute” and so ’78 saw a return - for the last time - to Chelsea. Having said that, the Margate weekend was felt to be successful enough that two additional convention shows were run there by the club in the early eighties (timed for later on in the year) but two shows a year – Salute and Margate - was stretching the organisational capabilities of the group of amateurs beyond what common sense dictated and so the second convention event was finally dropped, leaving the committee and club free to concentrate on what they did best: a bigger and better Salute in London! 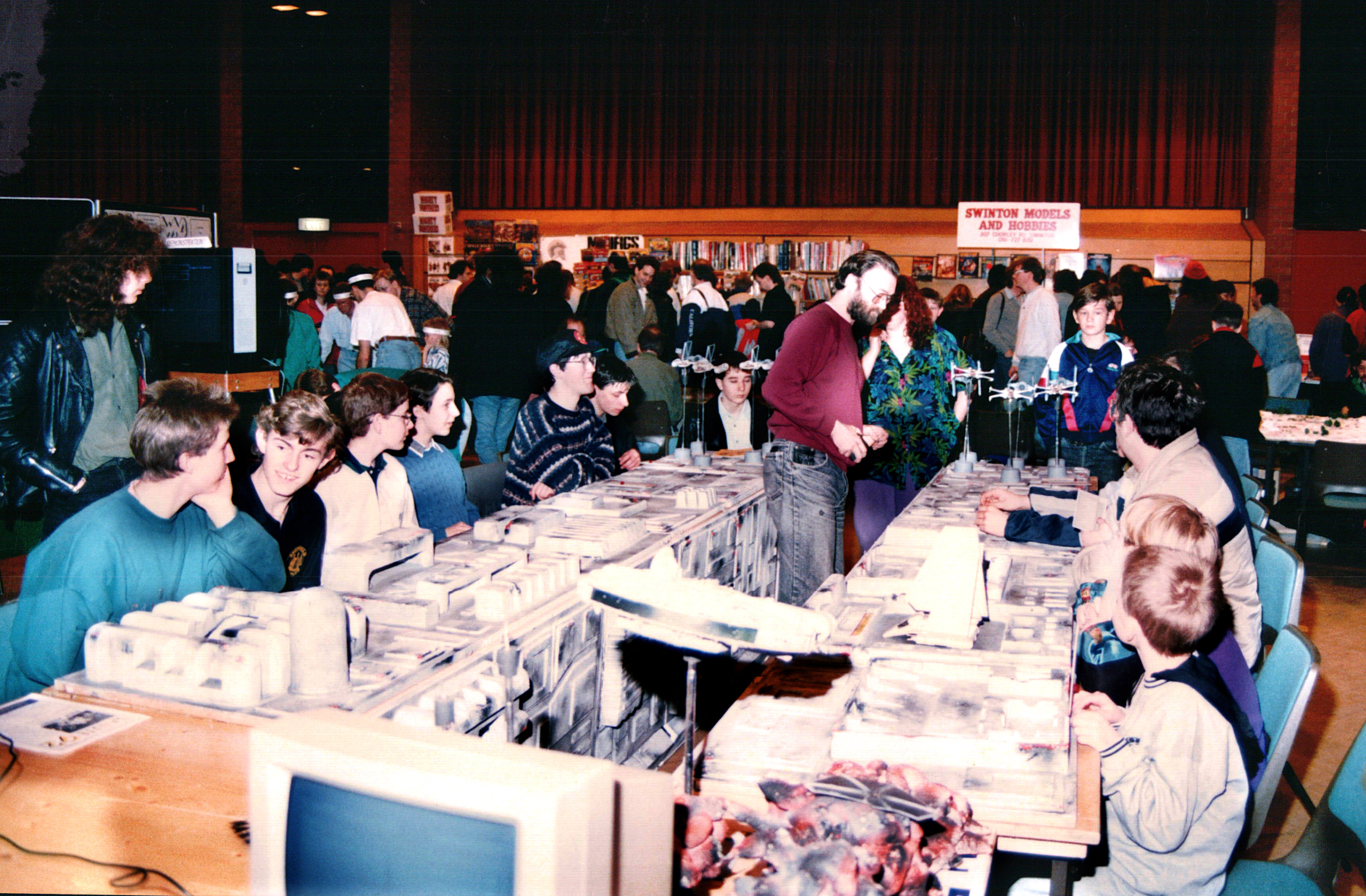 To achieve that, a new venue had to be found as Chelsea had been filled to capacity and the larger Kensington Town Hall was selected for all of the right reasons: better facilities, good transport links and proximity to the older venue that people were already familiar with. 1979 saw the Warlords move Salute to Kensington, a venue called ‘home’ for the longest period: every Spring for 20 years the show was filled – and over filled – with a growing number of trade stands and games and, in consequence, began to attract an ever larger number of gamers. The shows I ran (there have been many Salute coordinators at the club over the years) were within this two-decade ‘Kensington’ period and I can vouch for the fact that more and more rooms were found, eventually ending up at a Salute with three floors and two annexes but by 1998, the club realised that “something must be done”.

A new venue was required - with room to expand - and it needed something beyond town hall sized structures and so the famous Olympia 2 exhibition hall was selected. The club began a two year plan with a new coordinator and – in 2000 – Salute was moved to a single floor in Olympia. The show was not without teething troubles, however: that one floor was not easily accessible for the gamers and was hard work for the exhibitors too - the latter needed to queue their vehicles but the former needed to line up around the whole block as the entrance to the first floor was by lifts – big ones, granted - but not really big enough! 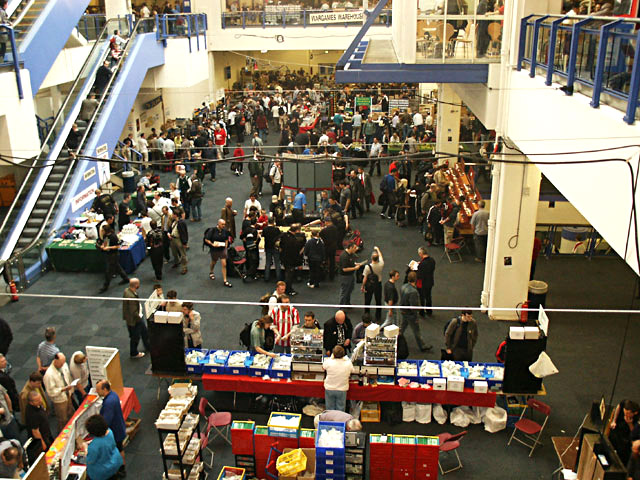 The Warlords then did what they always do, which is learn by their mistakes: the following year the club hired two floors (one of which was, ahem, on the ground!) and over the following few years more layers were added until by Salute 2005, four whole levels of Olympia had been hired, with additional space across the road above a local pub (a return to the club’s roots!), but – incredibly – the show was, again, becoming a squeeze so another move was contemplated and, in ’06, Salute moved to its current venue.

For the last decade, ExCel has been the show’s home with its many advantages – almost unlimited expansion potential and easy access for both exhibitors and gamers being amongst the most obvious – and it’s few foibles: hard concrete floors and questionable architectural aesthetics to name just a couple.

But, for all that, it is the only show where – in one day – you can rub shoulders with more than 7,000 gamers (according to last year’s head count!); where you could visit each trade stand for 150 seconds and still not have enough time in the day to look at them all (never mind visit the bathroom); where you can gawp at some of the best display games from all over the UK and Europe and play (if you had the time) in around half of them and where – in one, mad seven hour frenzy – you can get your gaming fix topped up for the year which should allow you to bathe in gaming goodness for the next 12 months until it’s time to do it all again. 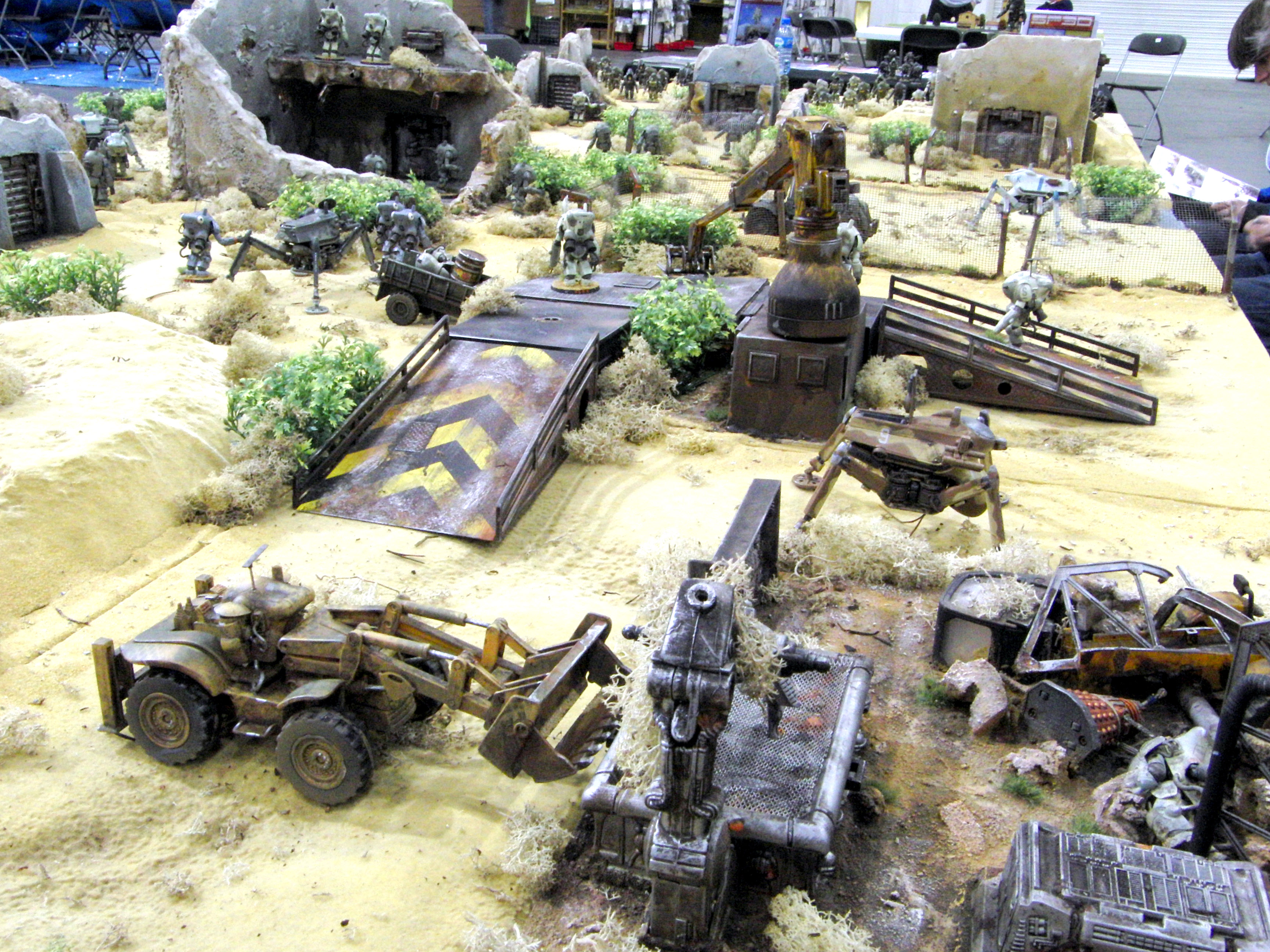 Salute has tried to embrace all that is playing games with models and figures but, over the years the show has tried other angles: not just the stab at a full blown convention, the show has – in the past - hosted national wargaming competitions, brought in live role play, militaria, reenactment, competitive card games, board games, radio controlled model AFVs and even a degree of plain old dressing up and cosplay but what it centres on, for those who didn’t know, is tabletop gaming with figures, in all scales and all periods – both historical and non-historical.

Of course, running the show is an enormous strain on the membership and the organising committee, which has now grown to a dozen and a half, many of whom spend more than 50% of their year just dealing with the show rather than other, regular ‘club’ type committee business. Over the last four and a half decades many Salute coordinators have filled the hot seat: this year it’s William Tate’s first year and the roll call of previous incumbents is too long to detail, however it’s worth name checking perhaps three as the longest standing show organisers (and who between them had clocked up twenty five years): Declan Canning, Mac Cross and Robert Bothwell (who sadly passed away last year) certainly put in the time to make the show what it is today.

Without long serving enthusiasts like those, and all the others that have sat in that chair (and I consider myself privileged to be included in that list); all of the other committee members involved who give up their time for the year and a half, or so, that it takes to organise each show, none of this would happen, of course.

But having said that, what actually makes the show is fantastic games, international traders and thousands of gamers to actually make the event what it is: Salute. The Warlords invite you to the greatest show on earth on April 16th 2016. Biased? Moi?

At the time of uploading this to the website, the next date for Salute is a little later than John has suggested! You'll find them on the 13th November 2021 at the ExCel centre in London.

John Treadaway is the editor of Miniature Wargames Magazine, and if you want to pick up a subscription to that, click here