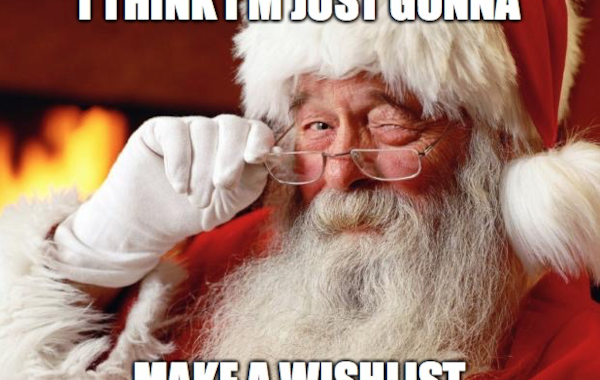 Of all the possible useless ways to pass the time, dreaming about what things you’d like to see miniatures of has to rate right up there as amongst the truly, supremely pointless. At least it makes good filler for an article though! Readers liked our nostalgia post, so we thought we’d do another one just for the sheer damn hell of it! So, in no particular order, three (more) things we’d like to see miniatures for!

"Screamers" was a Canadian-American science ficition horror film directed by Christian Duguay that came out in 1995. The film was an adaptation of Sci-Fi legend Philip K. Dick's disturbing short story 'Second Variety', and starred Robocop's Peter Weller alongside Roy Dupuis and Jennifer Rubin. A classic piece of Cold War speculative fiction, Second Variety was written in 1953 and set in the aftermath of a nuclear war between the Soviet Union and the United Nations. After the Soviets made sweeping gains in the early stages of the conflict, the U.N. responded by developing 'claws' (the titular 'screamers' in the film),  self-replicating robots described as a 'churning sphere of blades and metal'. The film changed the factions and setting up somewhat, with two corporate entities fighting over a former mining planet, but the gist remains the same. In each, the machines are totally autonomous and were essentially left to their own devices without oversight; as Weller's character states, their makers simply 'pushed the first button and ran.' However, it becomes horrifyingly clear that the machines have now begun to change... 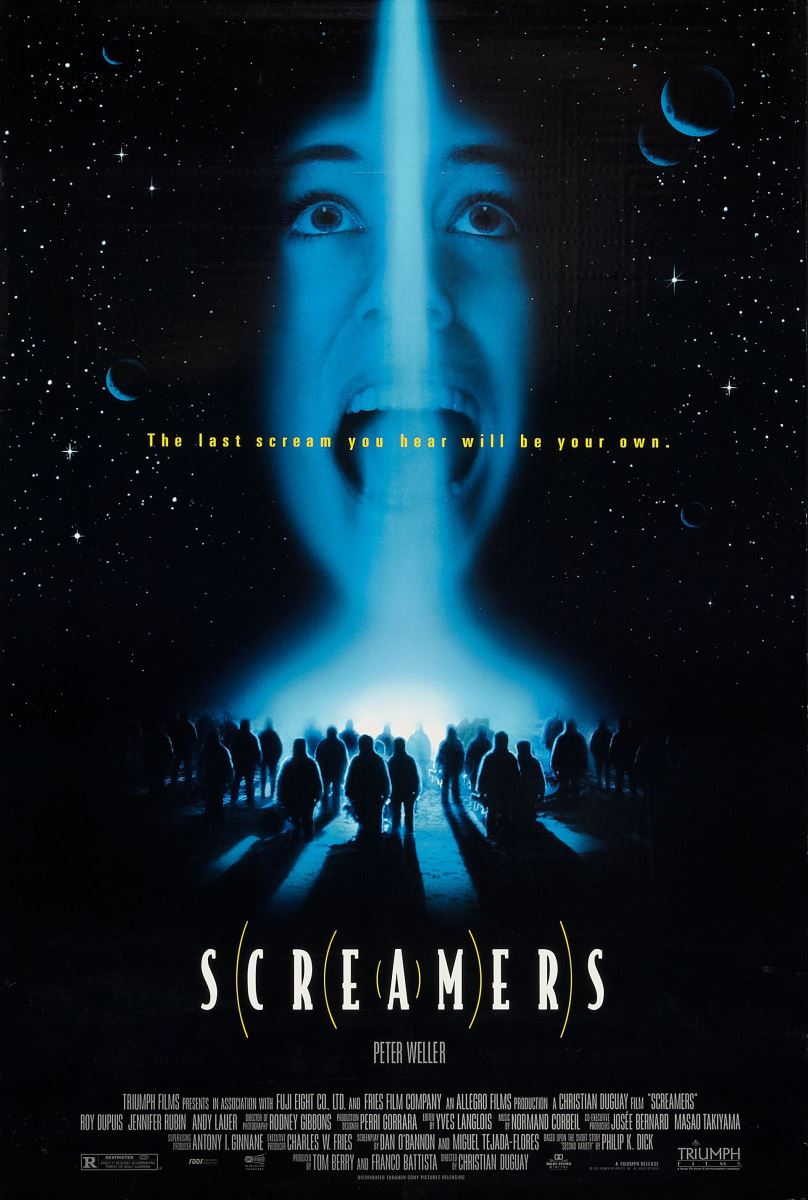 Though it initially met with a mediocre reception, the film’s nonetheless worth watching for any sci-fi fans out there. One of its chief accomplishments was how it nailed the tone of the source material; whilst the robots themselves are terrifying in their implications, the terror is set against an all-encompassing backdrop of futility and despair. The worlds of the book and the film are wastelands, the few remaining outposts of soldiers fighting against one another in a conflict that no longer has any purpose. But enough of that – we’re not here to be film critics, we’re here to talk about miniatures! One of the notable aspects of the film was the design of the screamers themselves – curious bipedal constructs that look like a cross between a power saw, an armadillo and a centipede. That’s not to mention the other robots, but that’s wandering into spoiler territory.

There’s a particular film in the scene where Weller’s group comes into contact with an entire army of screamers, and it’s the sort of fodder that’d not only make for a great miniatures line, but the basis for a neat skirmish game as well. Maybe that’s hoping for too much, but at the very least it’d be nice to see some more ‘dystopian’ robot miniatures that aren’t mechas, combat robots or in the raypunk style. Again, really trying to avoid spoilers here, but I’d love to see some more creepy machines out there like Games Workshop’s Necron Flayed Ones. 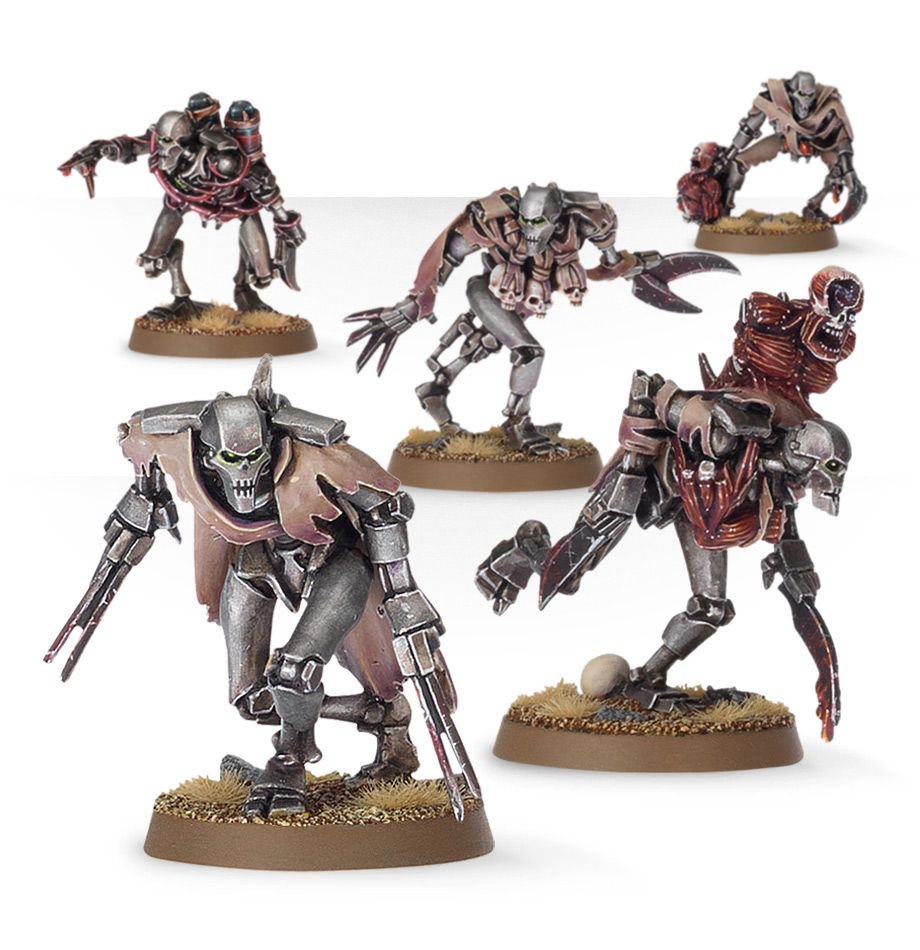 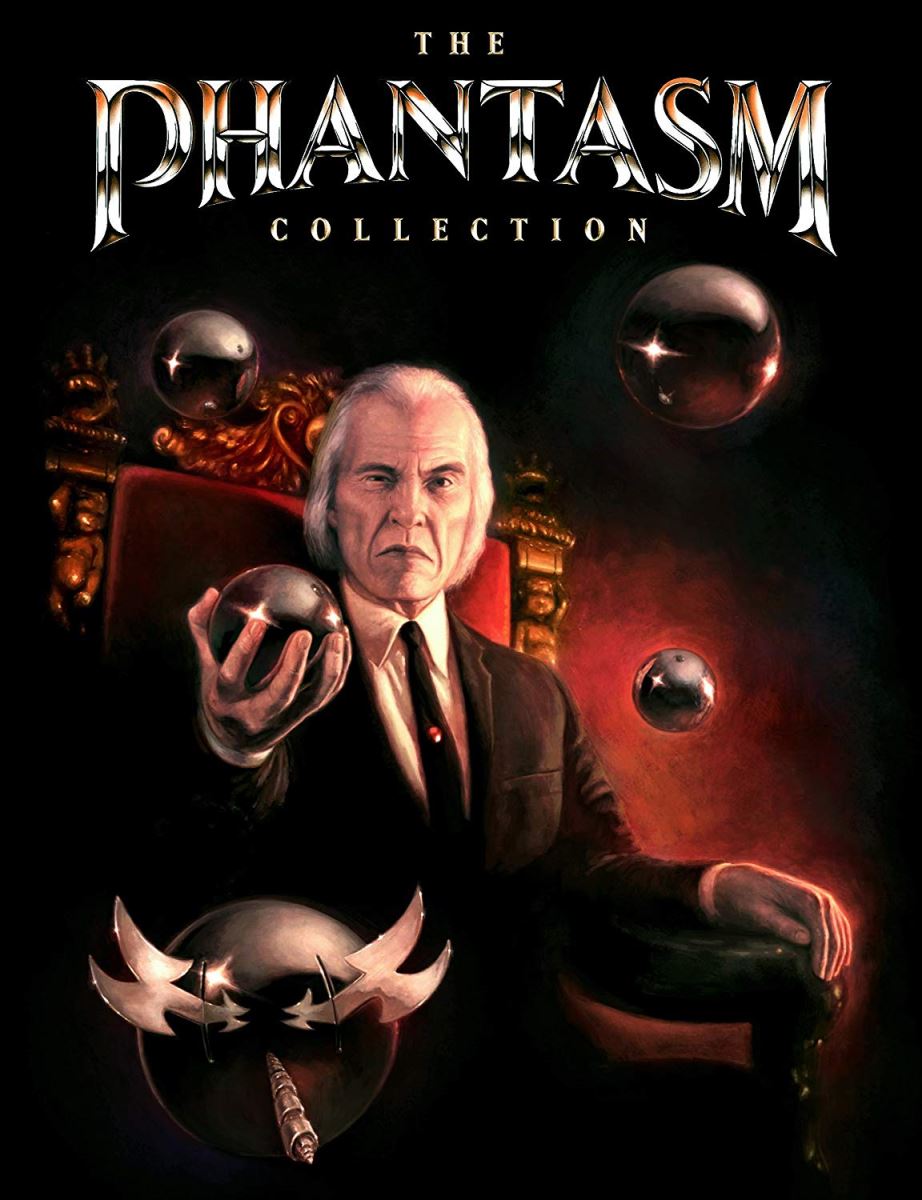 There really is nothing like Phantasm, the 1979 cult classic horror film directed by Don Coscarelli. If you’ve never seen it I’d highly recommend doing so, as well as the sequel (there are five films in total, but after the first two the quality dips dramatically). It’s hard to call Phantasm an objectively good film since it’s essentially a low-budget B-movie, but what sets it apart is its haunting, surreal narrative and melancholic undertone. In essence, the film revolves around two recently orphaned boys – Mike and Jody Pearson – investigating the strange goings-on at the mortuary where their parents now lie. The mystery revolves around the undertaker, a sinister, nameless figure known only as the Tall Man and played by the late, great Angus Scrimm.

Chock-full of iconic imagery, Phantasm is a film with a whole bunch of stuff that could – nay, should! – be miniaturized. There’s the Tall Man himself, obviously, but there’s his minions as well; robed dwarfs that look for all the world like zombified Jawas. Then there’s the infamous spheres – floating, death dealing metallic orbs with a nightmarish quality of their own that – rather coincidentally – look not unlike the description of The Second Variety’s claws. That’s not to mention Reggie, the ice-cream man –turned ass-kicker toting a quadruple-barreled shotgun.

Fun fact: Star Wars: The Force Awakens director J.J. Abrams is a massive fan of the Phantasm films. The character of Captain Phasma (Gwendoline Christine) was a reference to the film, both in name and appearance – her metallic armour is a homage to the film’s dreaded spheres. 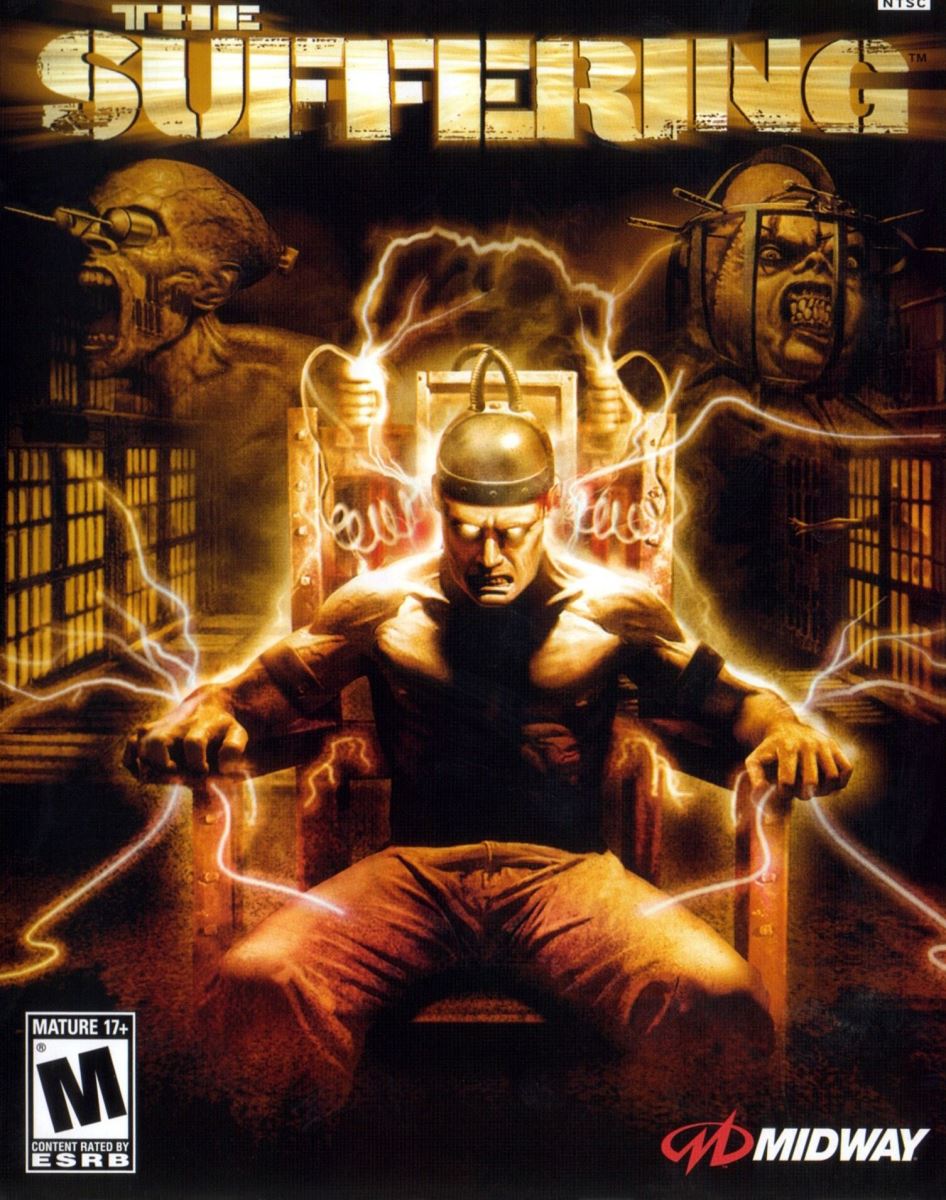 Horror really seems to be a theme for this article, doesn’t it? And it’s not even Halloween yet! Oh well! The last item on this wishlist, The Suffering was a 2004 horror-shooter videogame developed by Surreal Software and published by Midway Games. Set in Abbot Penitentiary on Carnate Island (basically Alcatraz), the game follow death-row inmate Torque as he tries to survive an outbreak of hellish creatures as they slaughter the island’s inhabitants.

The draw here from a miniatures perspective is that the creatures were designed by the legendary Stan Winston, who was responsible for bringing many iconic movie creatures to life such as the Terminator, Ridley Scott’s Alien, the Predator and the dinosaurs in the Jurassic Park films. His brilliant design work was on display here, as each type of creature – simply called ‘malefactors’ in the game – were ghoulish representations of the island’s tragic history. Consider the Marksman, for example: representing death by firing squad, this lumbering monstrosity mixed executioner and victim into one as a bullet-riddled, blindfolded creature with a mass of rifles fused to its back. Or then there were the slayers, personifications of beheading that walked on bladed limbs and held their severed heads on their necks by way of a cruel-looking vice. The Suffering is one of these things you’d almost expect someone like CMON to make a game out of in this day and age – if that ever happens, I want it to be noted that we were the ones who called it first! 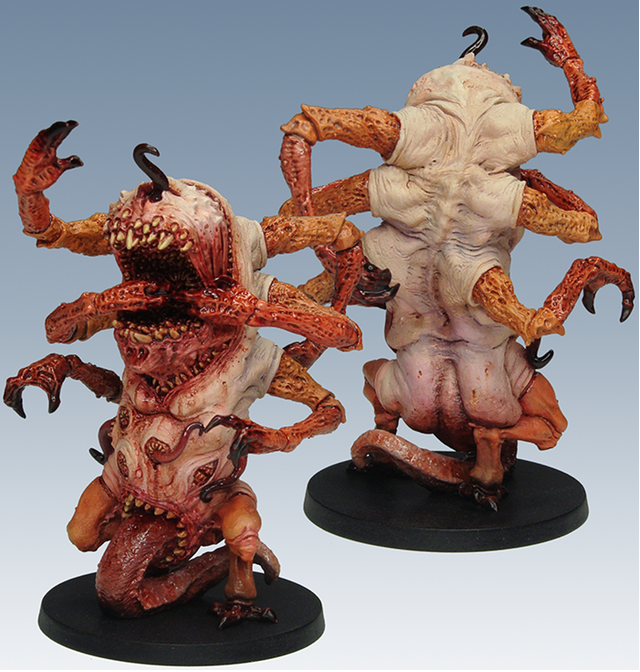 Avatar of Greed from The Others, 7 Sins by CMON