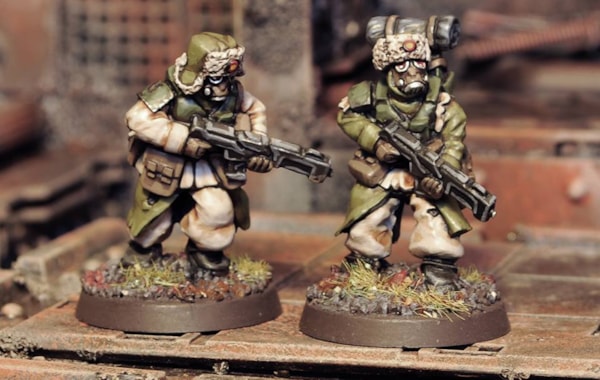 We're back for another Industry Interview. This time we've got Alex Speight from Pig Iron Productions.

1. Can you tell us a bit about Pig Iron Productions and yourself?

Pig Iron has been on the go since 2005. It was owned and operated by Simon and Lisa Jackson. I have been gaming since I was 13; I played Warhammer Fantasy and Dungeons and Dragons and was introduced to the wider world of gaming when I was introduced to the York Wargames Society. So that’s 33 years of gaming.

2. How did Pig Iron first get started?

Simon was a keen gamer who turned out to have a keen hand at sculpting he produced all the figures and vehicles for Pig Iron up until we bought it. Pig iron was one of the first companies to do the replacement heads for other figures in a big way.

3. How did you come to inherit the business?

One morning at work my business partner Chris pointed out that Pig Iron was closing and said “You should buy it.”

A few minutes later I was talking to Simon and Lisa who were genuinely surprised anyone might want to pay money for their business. I think because Helen and I wanted to keep Pig iron as it’s own entity we managed to buy it from them after a few  weeks of haggling despite a few other offers.

4. You specialize in near-future and sci-fi miniatures, including your ‘Kolony’ range. Can you talk a bit about the decision behind focusing on those genres?

Well we inherited the range. It’s the range I fell in love with.

We decided to stick with it. The best thing about Pig iron from my point of view is it’s flexibility. We see our heads on a multitude of figures whether its Games Workshop, Warlord or Anvil Industry and if it’s someone posting about our figures it ends up in a multitude of genres and games.

Obviously, the biggest use of our figures is standing in for and converting GW’s Imperial Guard. Our Kolony Ferals end up fighting as Chaos Militia but also end up in the cursed earth and many post-apocalyptic settings like Scrappers (shout out to Bob Faust using or figures got things moving at just the right time), the latest release from 7TV apocalypse saw a lot of ferals head in that direction.

One of the nicest things we get messages about is when some one comes up with their own game and uses our figures to bring it to life. 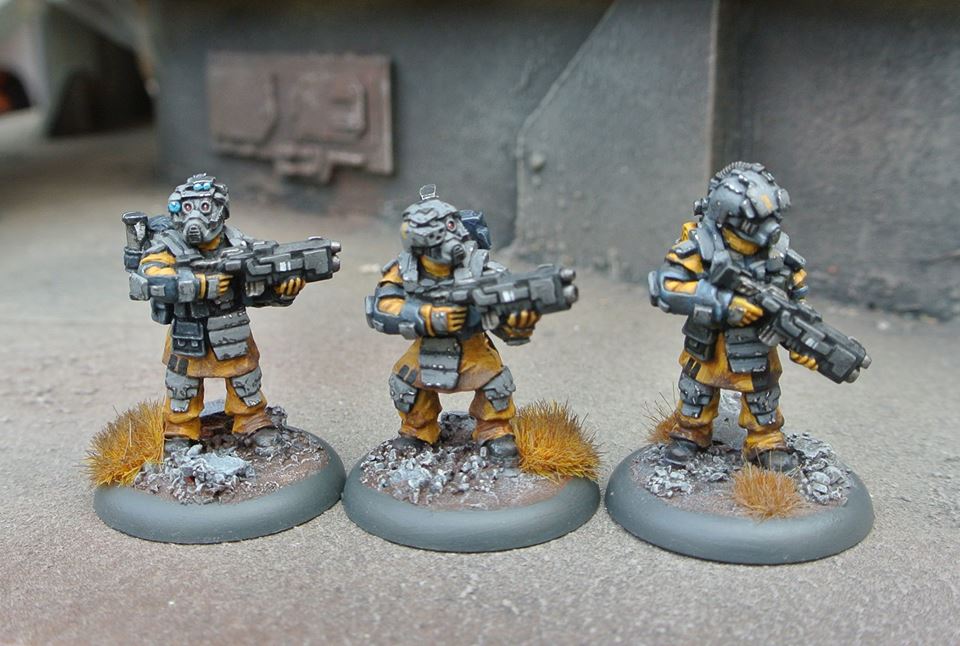 5. Are you an active hobbyist yourself? How would you primarily describe yourself – painter, modeler or gamer?

Am I an active hobbyist? Hmmm yes, I game 2-3 times a week. I am a board gaming, wargaming and role playing idiot and just like you I love my hobby.

6. Do you have any favorite rule systems you enjoy playing?

Well I am up for any game whether it’s a 1000 figure ACW bash or a 20 figure a side Ultra-modern skirmish and everything in between. As to Rules I go to Black powder, Chain of Command, Kill Team I am going to give 7TV a go shortly, many of my games are a hastily written 2 sides of A4 even when we play published sets it’s heavily modified.

One day I’ll play a regular game but not soon.

7. What’s the most challenging part of running something like Pig Iron?

Not having the money and production capacity of Games Workshop and having to do bring out ideas one at a time.

It’s great running Pig Iron - our customer base is amazing.

Helen and I love all the support we get and where our figures pop up.

There are day to day problems but we fix them.

Our Heads range will have increased from 30 items to 45 by the end of the year.

We have new Ferals, Wardroids, and Kolony Militia Veterans on the way this year.

The Pretorian Tank which is a beast is available now.

The Razor Gunship should be available this year but that’s a maybe.

Project Hammer will be available next Salute but I’ll leave it to your imagination as to what that is.