They've got a sickness... and the only cure is more washes!

Mantic's plague miniatures are everything a mutant should be; hulking, vicious, and wielding heavy weaponry aimed directly at you! The following is a tutorial for getting them painted quickly to a tabletop standard, using a scheme that can be applied a range of miniatures like followers of Nurgle or even particularly pallid-looking troopers. 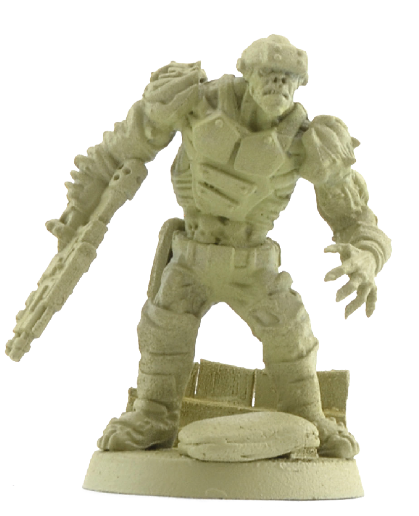 1 The miniature was primed with The Army Painter’s Necrotic Flesh spray. This may seem a strange colour to go with, as the final miniature doesn’t actually feature this colour. However, it makes a great colour to layer lighter tones over. 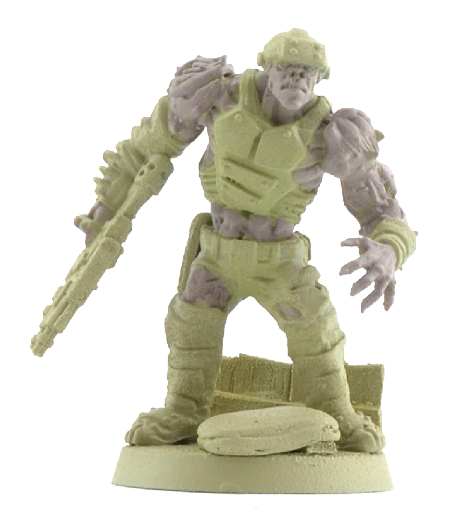 2 The skin was painted with Rakarth Flesh. Don’t worry about total coverage – it blends well with the necrotic flesh undercoat and will get a wash over it anyway. Just getting it done quickly is the main thing. 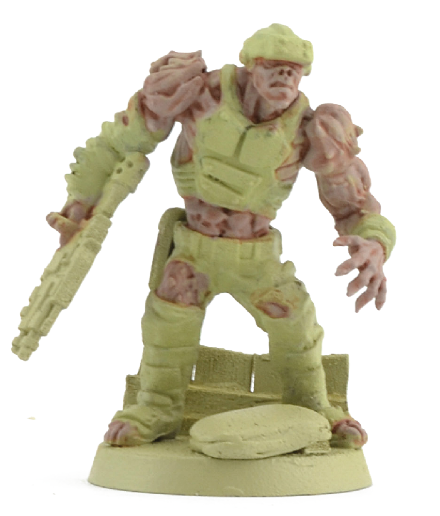 3 A roughly 50:50 mix of Reikland Fleshshade and medium thinner was mixed to create a light wash, which was applied to the flesh. Alternatively, you could just apply Reikland Fleshshade straight from the bottle to the necrotic flesh base. The result will be slightly different, but shaves more time off of painting. 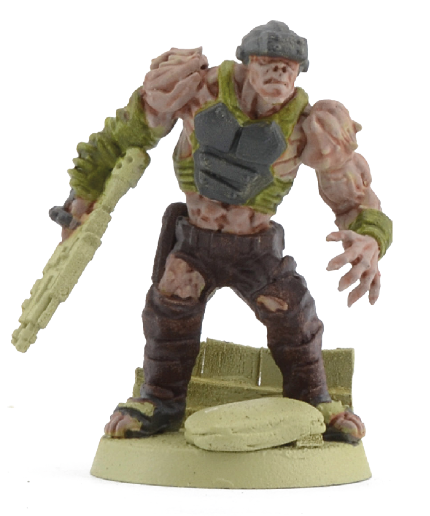 4 Venom Wyrm and medium thinner were combined in a 50:50 mix for the green clothes. Venom Wyrm is an acrylic paint rather than a wash, so the resulting mix is thick enough to cover the model whilst still allowing for variance in tone as it runs into the recesses. This saves time as it allows you to tackle the clothing in one coat. The armour and trousers were painted Skavenblight Dinge and Rhinox Hide respectively. 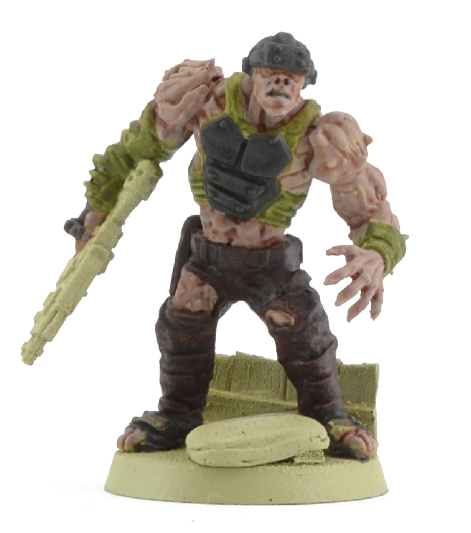 5 The trousers and armour were both given a wash of Nuln Oil. 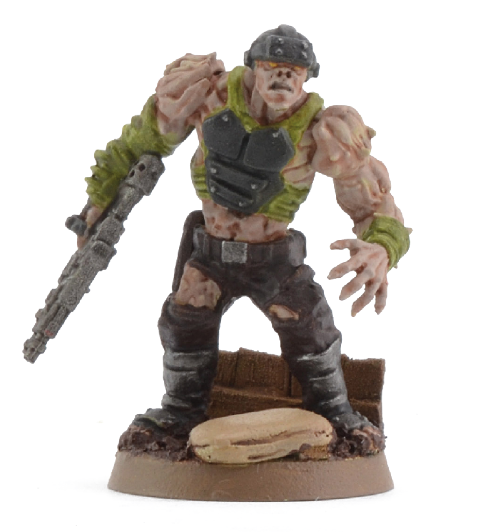 6 Leadbelcher was painted on all the metallics and given a wash of Nuln oil. The duckboards were painted XV-88 and the sandbags Khaki. Both were given a wash of Agrax Earthshade. Vallejo Thick Mud was used to create a muddy base. Going with a mud base let me be quite sloppy when it came to painting the boots – after all, it’s all going to covered in dirt! The rim of the base was painted Steel Legion Drab. The eyes were painted Averland Sunset, though this is optional. Other – again optional – details on a few of the other models were Dragon Red on a flamethrower tank, Ivory for the teeth and Weapon Bronze on a flamethrower nozzle.

This article is part of feature that originally appeared in Miniature Wargames issue 437. Pick up the latest issue here or subscribe to make sure you never miss another issue.