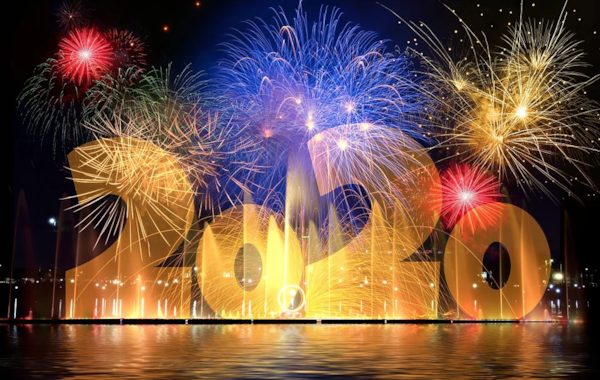 Paint ALL the minis!

Welcome to the new year folks! Now that we’re officially into the 20’s, it’s surely only a matter of time until the Charleston becomes popular again and we’re all wearing fedoras and cloche hats. In the meantime, we’ve devised four pieces of advice on keeping those resolutions that every wargamer makes every year. Who knows? maybe this'll finally be the year you see the bottom of the lead pile. Maybe...

This is the most obvious one. What wargamer hasn’t said, “I really should try to get in a few more games now and then” a billion or so times? But if there’s one way to keep up interest in the hobby it’s this. Wargames are an experience best enjoyed through repeat playing; with each playthrough you can test new strategies, optimise playstyles and see how your army fares in different terrain or handling different objectives. The further down the rabbit hole you go, the wider the potential experience.

More importantly, gaming on a regular basis – especially if you’re gaming whilst hobbying – prevents the potential of feeling let down when you finally put your miniatures on the tabletop. Very probably, if you’re one of those people who has to have their army painted, based and varnished before you get the dice rolling, the payoff isn’t going to be worth it. If putting down unpainted plastic and metal onto the tabletop feels too galling, though, there’s always the next tip;

Taking shortcuts when it comes to painting miniatures often means being ruthless with yourself, especially if you harbour perfectionist tendencies. Look at a mini and try and break it down to its bare essentials. And ‘bare essentials’ really does mean bare essentials. A number of games have a ‘three-colour minimum’ rule for minis – if you want to get a unit or army done quick, this may be the way to go. Quite a few WW2 miniatures, for example, could probably be broken down simply to a flesh colour, a uniform colour, a black or brown for the weapon and boots and a quick brown wash. The good thing about this is that you can always return to the miniature later to add detail on top of that. In the meantime, you’ve got something painted to a tabletop standard that looks fine at a casual glance. This idea of focusing only on necessities can be applied to your projects generally;

Tip 3 – work out what you actually want to do

One concept often used in the world of software development is creating a ‘minimum viable product’. Basically this means stripping down a project to the core features, focusing on developing them first, then expanding to include flashy extras as resources and time allow. With a bit of modification, this same concept can be applied to your hobby projects. Say hello to the patented (cough cough) Miniature Wargames ‘Minimum Viable Miniature Project’ method – just rolls off the tongue, doesn’t it?

When you next tackle the lead pile, work out exactly what it is you’re looking to complete. What’s your priority? If you’re a gamer and are looking to try out some new units in your army, build those first. Preferably, focus on doing the unit that’ll make the most difference on a game. An elite squad, for example, is probably going to be more of a game-changer than adding another regular squad of infantry. Alternatively, if you’re more of a painter, choose just one miniature/ unit you most want to paint and go for it. The main thing is to break down your hobby projects into manageable, bite-size chunks, which leads to the final point;

Tip 4 – lists don’t always work (except this list, of course)

The idea of a making a list of hobby ‘to-do’s’ sounds like a good idea in principle, but it’s not always the best idea. The problem with a list is that it takes far less time to construct than it does to complete each item on it. It’s easy to get disheartened when hours of work result in only being able to tick off the first point, and the whole thing can feel like a slog. Sometimes, hobbying is a sprint, not a marathon. Focus on one thing, get it done, move on and choose another project. That way, you can look back at what you’ve achieved without feeling burdened by what you’ve got left to do.