Munching popcorn for the Emperor!

Having previously produced a list of books to read if you like Warhammer 40,000, it seems only obvious that the next logical step would be to tackle films. There is of course an actual official movie – the 70 minute CGI Ultramarines: A Warhammer 40,000 Film – but it’s a stultifyingly dull slog of a flick that clearly lacks both any sort of budget and imagination. Instead, presented here is a list of films that share some sort of thematic or visual link to the grimdark future. 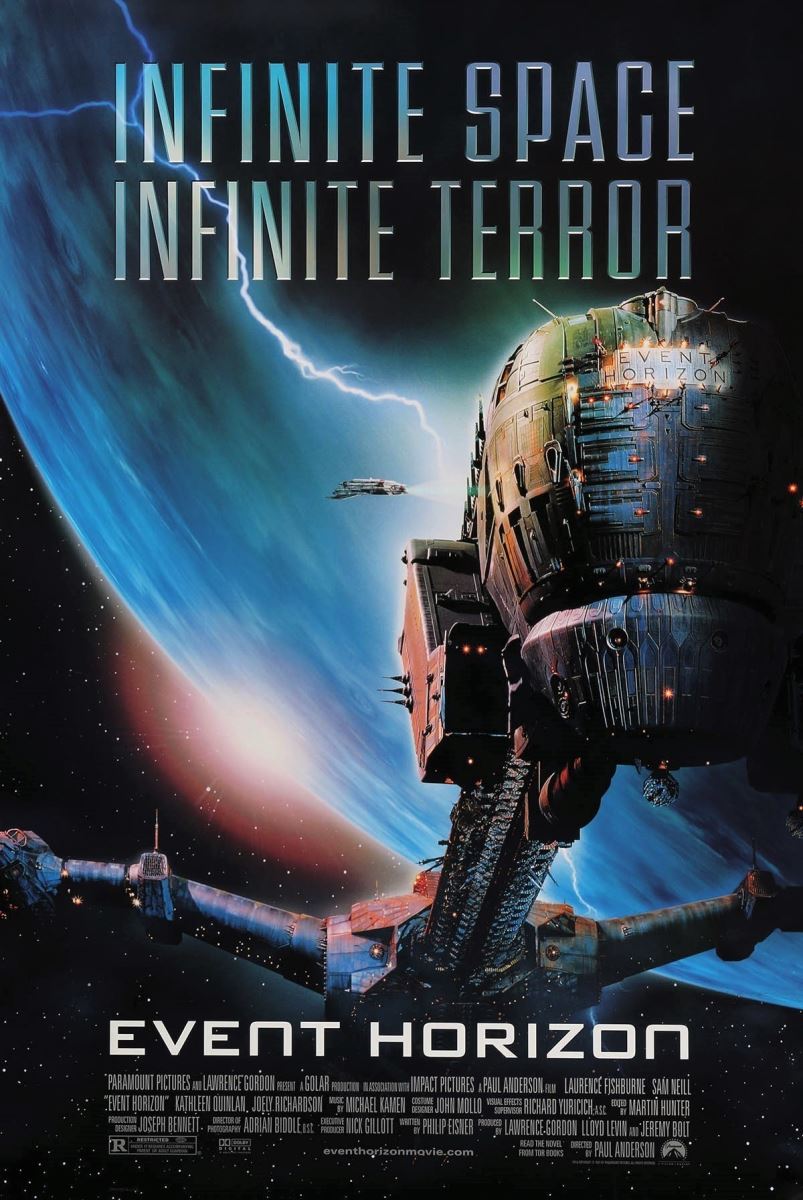 Warhammer 40,000 has usually been something that has drawn on other things for influence rather than the other way around, but speculation abounds about the extent to which this 1997 sci-fi horror flick may have taken its leave – knowingly or not –from Warhammer 40,000’s lore. Starring Lawrence Fishburne and the great Sam Neill (well, he’s great in my book at any rate), the story follows a research crew sent to investigate the titular Event Horizon, an experimental spacecraft that disappeared after attempting Faster-Than-Light travel. Without spoiling too much, it turns out that bending the laws of reality is extremely hazardous to one’s sanity and soul, and that attempting to do so is very similar to facing the demonic perils of warp travel. Whatever the extent of the tabletop game’s influence on the film, it’s a neat title in its own right with interesting visuals and a plot that clips along at a taut, tense pace. 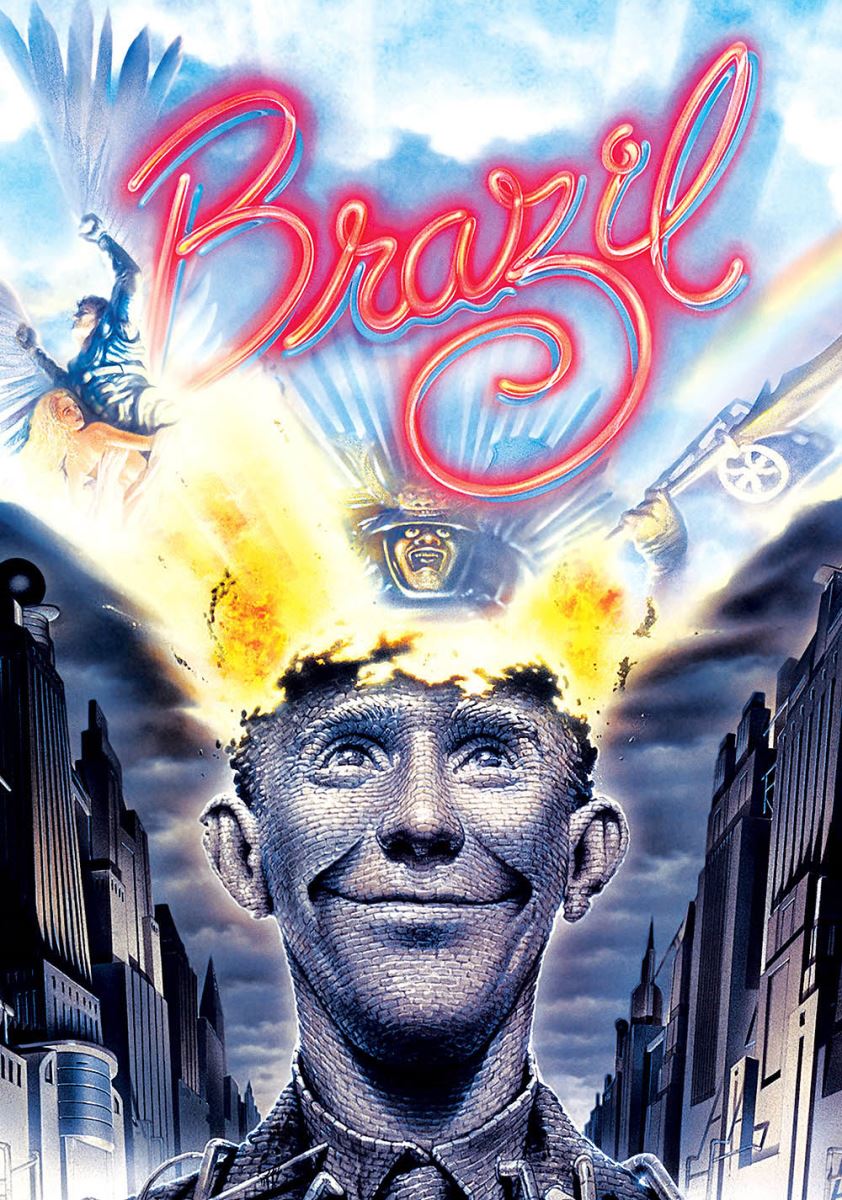 The creation of Monty Python’s Terry Gilliam, Brazil is a madcap dystopian film that’s simultaneously darkly hilarious and profoundly unnerving. I’ve always felt that Gilliam’s films have drawn from that same uniquely British sense of weirdness that produced artists John Blanche and Ian Miller, whose works were instrumental for establishing a lot of the look and feel of Games Workshop’s IP. Set in an unspecified future, or possibly alternative history (it doesn’t really matter), the film centres around Sam Lowry (played by Jonathan Pryce), a lowly clerk trapped in an oppressive society that has become thoroughly inefficient, totalitarian and bureaucratic to an absurd degree. If anyone who’s familiar with the Imperium’s galaxy-spanning Administratum has ever wanted to watch what life under it would be like, Brazil is a must-see. 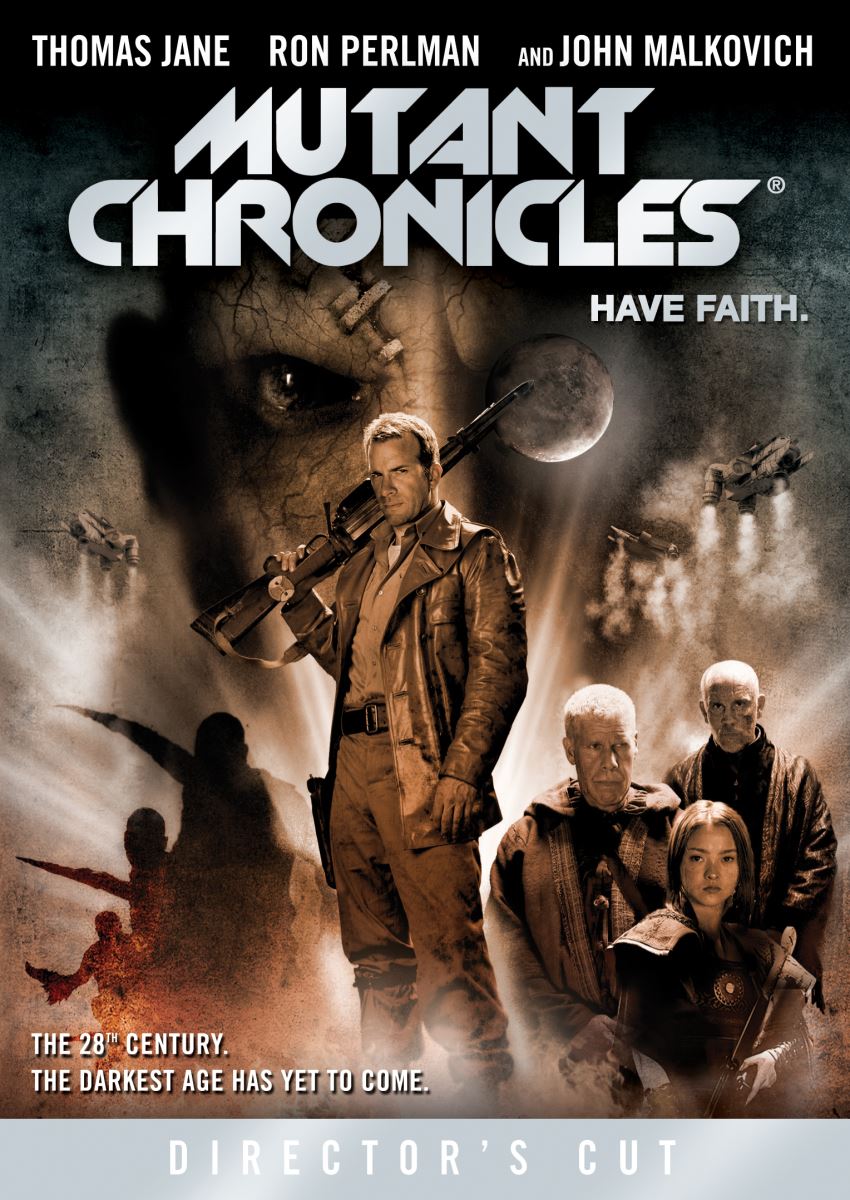 The only film here that actually involves armed conflict, Mutant Chronicles is in fact an adaptation of the tabletop wargame of the same name from the 1990’s. It’s also undoubtedly inferior to the two previous films, though in my opinion it’s been unfairly ripped to pieces despite its valiant effort to present a unique science fiction universe despite a limited budget. Set in an alternative future, nations have been replaced by gigantic megacorporations that fight an endless war of attrition over earth’s few remaining resources. During a battle in Eastern Europe between two rival megacorps, an ancient, demonic machine from space is unearthed by accident, releasing a foul horde of mutated monstrosities on mankind. A small team of commandos, led by the monkish Brother Samuel (played by Ron Perlman, who hams the role up as much as possible) is tasked with going behind enemy lines to try and shut the machine down forever. The film is certainly no artistic masterpiece, but I personally had fun watching it. It’s science fantasy in the truest sense of the word, and the grimy, retro-futuristic look of the film presents just as unique an aesthetic as Warhammer 40,000’s ‘gothic n’ skulls’ motif.