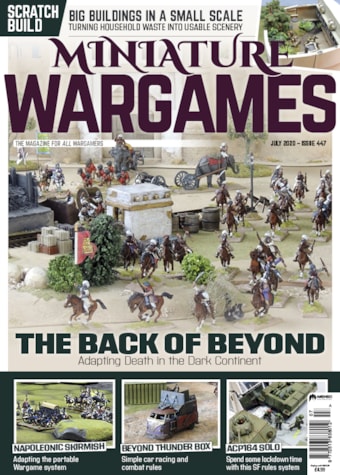 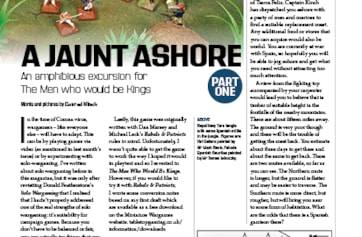 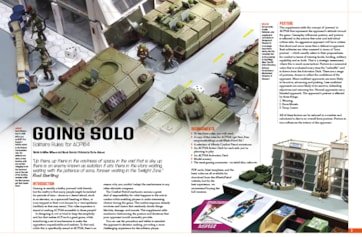 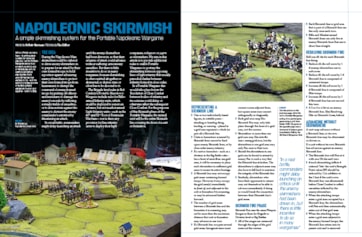 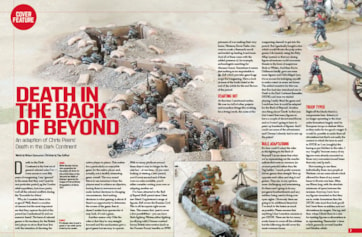 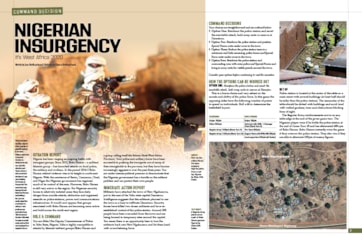 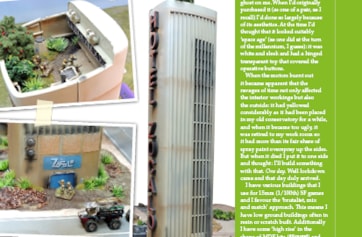 On the cover: Death In The Back Of Beyond

Issue 447 of Miniature Wargames we have a cornucopia of Solo Play rules and scenarios to chose from:
But, on the cover is  Death In The Back Of Beyond: An adaption of Chris Peers’ Death in the Dark Continent that creeps the rule set into the early twentieth century...

The Solo Play rules and scenarios we have concentrated on includes: Going Solo: Solitaire Rules for the card-based SF system ACP164 from Sally 4th. We also have A Jaunt Ashore: a solo amphibious excursion for the very popular The Men who would be Kings in Send Three And Fourpence.

In Command Decision it’s Nigeria in 2020: you’re not a prince with unlimited oil revenue but Can you stop the insurgency? and in Beyond Thunder Box we have simple, fast play Buggy racing rules.

Napoleonic Skirmish has an adaptation for a simple skirmishing system for the Portable Napoleonic Wargame system.

We have a duo of scratch building: in Lost and Found the Editor builds an SF Tower block from household waste; or Tony Harwood constructs a pretty French Dovecot!

As a couple of pieces to ponder, in An Old Dog The Editor wonders where the time goes and in Freak Show Jon Sutherland ponders sculpting...

Finally, we have the review sections Defence in Depth for Figures and rules, Quartermaster for scenery and accessories plus we have Forward Observer for news and Recce for fourteen top notch book reviews.

Last Word is by Henry Hyde.