No Dice, no Danger, no Worries

Where so many other games thrive on excitement and danger, Wanderhome offers an experience as soft and gentle as a woollen blanket. Its diceless (and potentially GM-less) tales of peaceful adventure won’t be everyone’s cup of camomile, but if you’ve ever felt burnt out by the tension of more traditional games it might be just the thing needed to reignite your love of roleplaying.

Much of this will likely be down to the endlessly charming tone and feel of the game. The premise of Wanderhome is that you and your friends play as animal-folk – think of a rabbit in a waistcoat and floppy hat – in a fantasy world recovering from some dreadful war. Rather than roaming the countryside and beating up bad guys, the party are encouraged to solve disagreements, soothe the hearts of troubled souls and explore the natural wonders all around them. 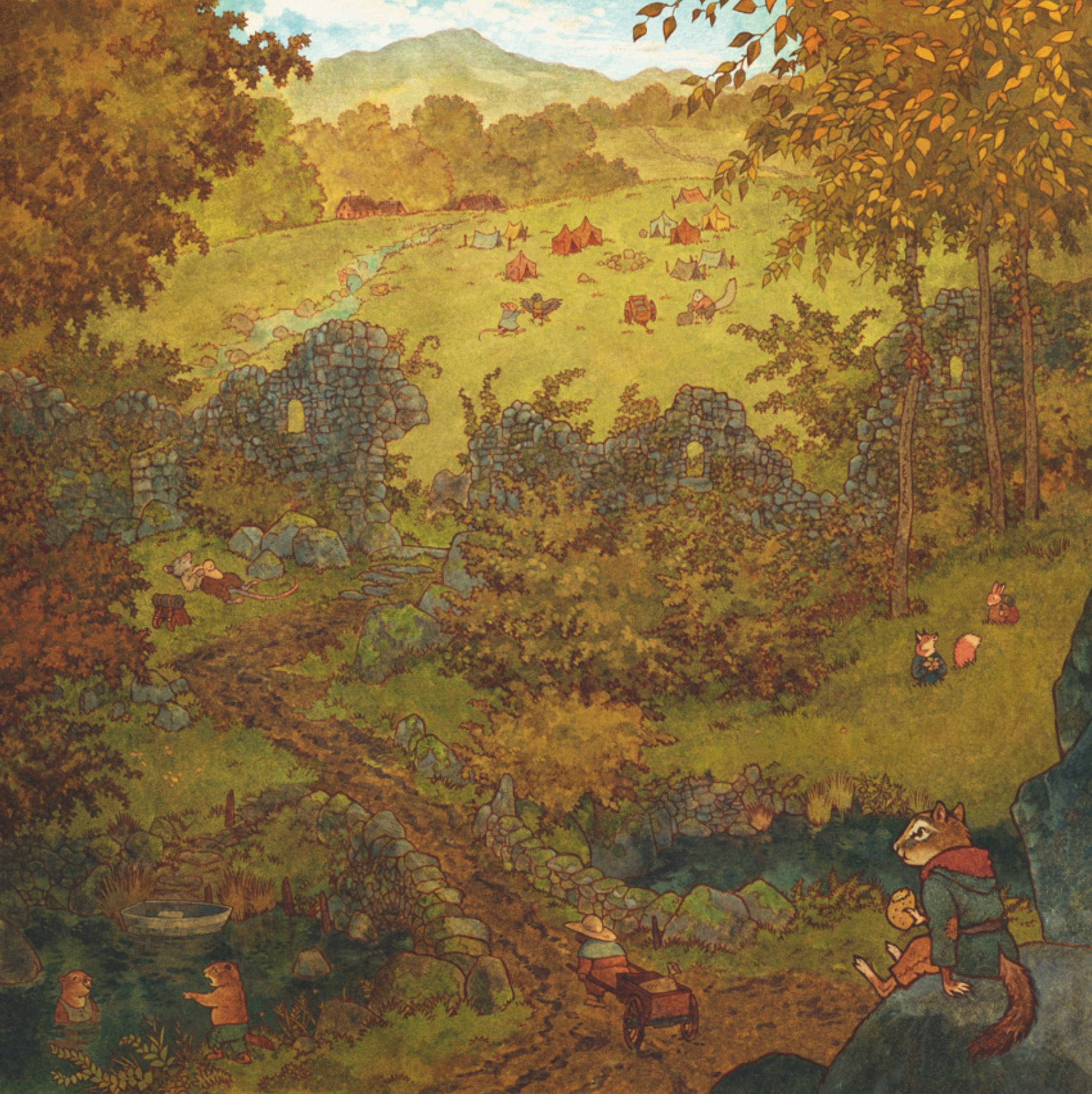 Indeed, one of the core tenets laid out in the rulebook is that the people of Hæth – the world where the game is set – are fundamentally good-natured. Some of them are dealing with trauma or responsibilities that may cause them to behave badly, but if approached in the right way practically everybody can be befriended and practically every problem can be solved.

If that sounds a little on the twee side, that’s probably because it is. Wanderhome is a game that’s almost impossibly gentle, and if possessed even the slightest shred of irony or cynicism it could easily come across as mawkish. Instead, however, every single page oozes the kind of open-faced sincerity that invites smiles rather than mockery.

As an extra bonus, this relaxed approach to danger and general lack of antagonism are what makes it so easy to run Wanderhome without a traditional games master. Everyone at the table picks up the task of running and voicing the NPCs and story locations, which are both treated pretty much the same way as far as the game is concerned.

This is all handled using playbooks, which should seem familiar to anybody who has picked up a Powered by the Apocalypse game such as Monster of the Week or Masks. These give player characters a handful of traits and provide NPCs and places with a few things they can always choose to do. On a practical level there are probably rather too many of them – you’re looking at approaching 200 pages of material to flick through depending on the NPCs and locations in play – but they’re beautifully written and filled with character.

These abilities in the playbooks are generally geared towards pushing the story forward rather than achieving purely practical aims. The ragamuffin, for example, can always squeeze themselves out of trouble or invite someone to hang out with them, while the swamp can make things stagnate and bog characters down.

Often, these abilities reward players with tokens, which are the closest thing that Wanderhome has to traditional gameplay. Everyone at the table can earn these by either interacting with playbooks – if you do choose to hang out with the ragamuffin, for example, you get one – or by generally playing along with the game’s peaceful aesthetic. Once collected, they can be spent to change the world around you and conjure up unexpected solutions for a looming problem

That probably all sounds rather woolly, but honestly that’s how Wanderhome rolls. The game is delivered less through its rules, and more through its tone.

Virtually every single page of the rulebook drives home the idea that this is a contemplative, restful game; one where people have quietly joyful adventures rather than thrilling tragedies. The section on “journeying tools” devotes plenty of space to ensuring everyone is happy. It gives players explicit permission to avoid unpleasant or upsetting situations without the need to explain themselves or spend any resources. Different groups will settle on different levels of drama and threat, but this isn’t really a game where you need to worry about your character suddenly falling off a cliff or being tossed into a jail cell.

In case it needs to be stated outright, Wanderhome is not a game for everybody. There are likely plenty of groups that will find its gentle pace and soft-touch ruleset cloying rather than comforting.

However, if you have friends who are burnt out from countless games founded on heroic murder, or who like the idea of roleplaying but worry about misery things being foisted onto their character, Wanderhome might be just what you’re looking for. It’s beautifully designed, joyful and contemplative by turns, and delightfully easy to play. 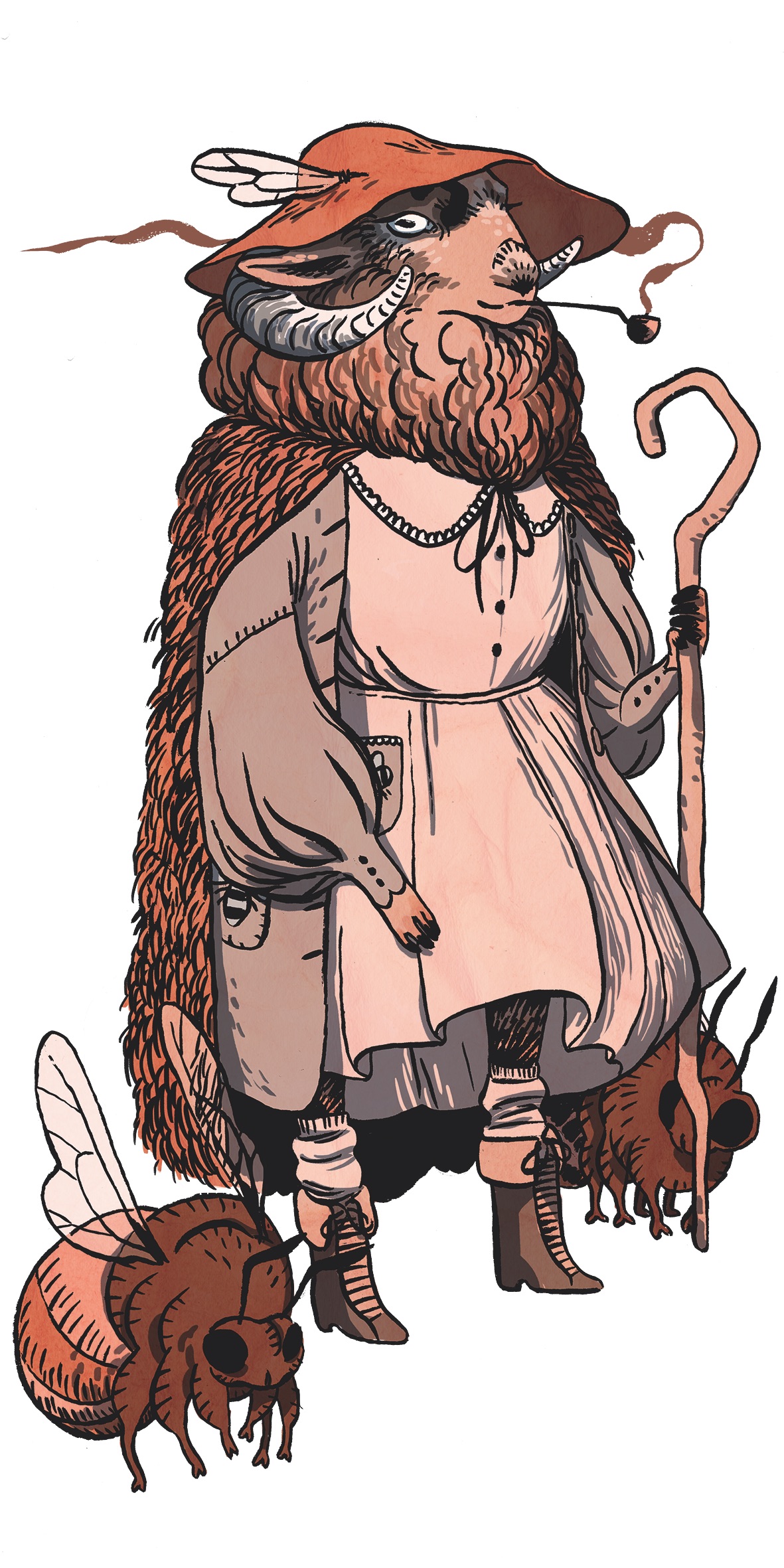 An achingly beautiful, deeply comforting game of animal-folk and turning seasons. A delight.

TRY THIS IF YOU LIKED Quest

Quietly indie, with a focus on player safety and accessibility, Wanderhome is ideal for those looking for something different in their RPGs