Roll up, roll up, etc, etc. If social distancing has left you craving the sweaty press of bodies under canvas while endangered animals are briefly released from their shackles to trudge in maudlin circles then look no further. The circus is in town.

In Tiny Acrobats, you and your fellow ringmasters are going to be competing against the clock to create stupendous circus attacks by stacking meeples in a variety of poses as dictated by the cards you turn over. It’s a real-time dexterity game with a big top theme.

If this all sounds a bit Meeple Circus that’s because it shares a designer, some rules and some components. It’s not a sequel so much as a remix, with some streamlining of rules that create a smoother play experience. If you have the original, unless you’re a hardcore completionist (and many of us in the hobby are) it might not be sufficiently different to warrant a purchase. 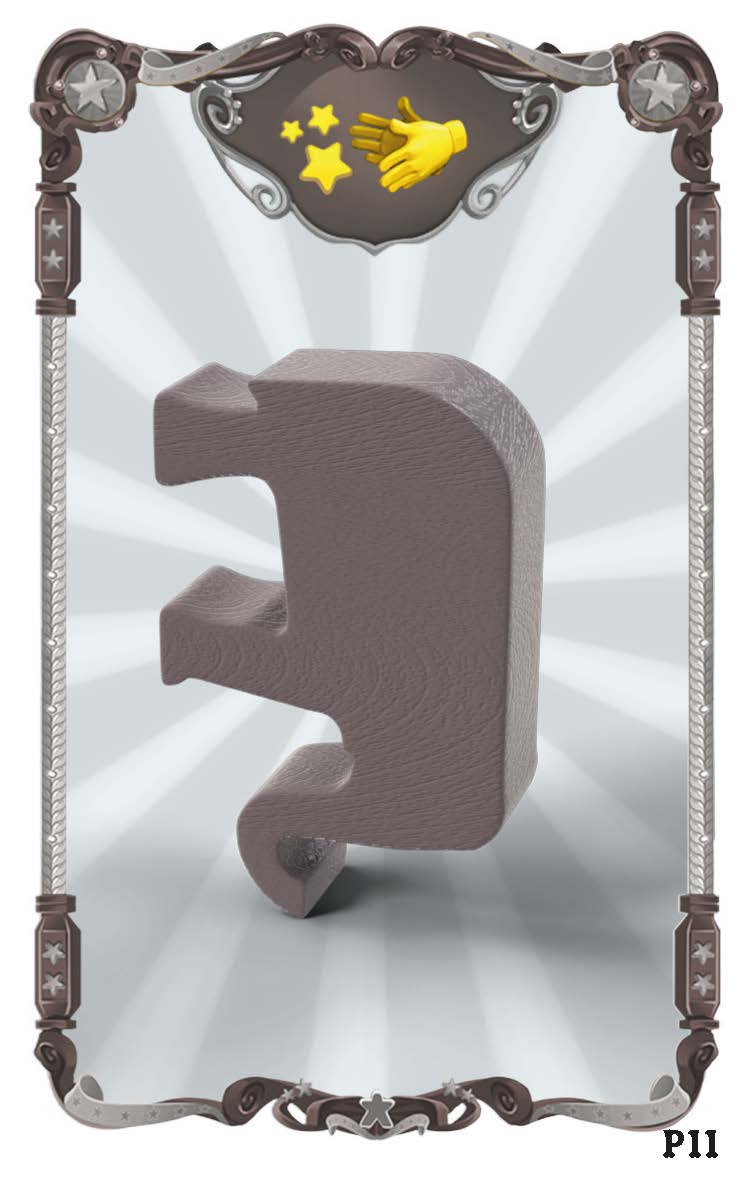 First off, this game is dripping with theme. You’ve got a tiger, a clown, a tightrope walker and a strongman. The lion’s mouth has space for another meeple’s head. How cool is that? When you create an act with the tumbler meeple, to finish you have to flip him off a plank and catch him before announcing ‘Taadaa!’ There’s even an app you can download that acts as a two minute timer while playing circus music to really hammer home the atmosphere.

But in lots of ways, where Tiny Acrobats shines is all the moments where it’s really not like a circus at all. Where you tap the plank and accidentally launch Otto the Tumbler off the table to what would certainly be his instantaneous death. Where you try to knock over your clown (she only scores if, at the end of your act, you push her off whatever she’s balanced on, onto the table) and accidentally leave your horses crushed under an elephant. The parts where you mess up and swear, loudly.

Everything that’s best about the game is actually what was worst about classic circuses – poor safety standards, very public, disastrous accidents, and beautiful animals collapsing after being forced to perform ridiculous tricks.

Tiny Acrobats is not a game of deep strategy. It’s also a game where, two rounds in, it can be very clear that one player has won or that another has absolutely no chance of coming back. But it’s also quick. The rules aren’t complex (though for the first through playthroughs you’ll need to keep the rules on hand to remind you the specific rules for Stars) and the timer and simultaneous actions mean there’s no such thing as analysis paralysis.

With that in mind, the box could easily be a quarter of its size. The components are fantastic, but they’re small (the clue’s in the title, right?) and most of what you’re getting, once you’ve popped the punchboards, is air. Sure, you can leave room for expansions, but I’d rather have the compact, efficient boxes of this game’s part-namesakes, the Tiny Epic series.

Overall, Tiny Acrobats is a fun, silly filler – quick to set up, attractive, and a great palate cleanser if you’ve just finished some big, thinky table-swallower. It plays well with a range of ages, and there’s something particularly amusing about watching very competitive people mess up, say, stacking little wooden barrels on a strongman’s shoulders, or cursing as they fumble a monkey.

One must, however, is a heavy, solid table – one infelicitous jolt from a player’s thigh and every big top lies in ruins. If you can manage that, then Tiny Acrobats is a charming, often humbling little performance.

TRY THIS IF YOU LIKED Kittin