The Red Cathedral is an exercise in restraint in a way that’s almost worth giving a name to, something like… Eurogame minimalism. Or maybe it’s just a reaction to the current dryness of the genre. Either way, it’s a game that has cut away from all the excesses of the last five or even ten years of Eurogames and become small sharp and elegant.

In The Red Cathedral, you are an architect attempting to build the beautiful cathedrals of Moscow. It offers a variable set up where players construct a series of building blueprints in the shape of four towers of the cathedral. Some of these are tall towers of four cards, others are as small as two high. These come with bases, middles and tops – all of which can be claimed to build by anyone, rewarding each architect with a powerful token that can be activated on their board (should they pay the cost).

Players also set up a circular board with modular market elements added to it, then they roll some dice and add them in a semicircle starting from the ‘favour’ icon.

Each of these dice corresponds to a particular player colour, and the number on the dice tells you how many sections it is going to move around on the turn you activate it. On a player’s turn, they can move one of these dice, move it to a new location as per the number of pips, and then take the reward equal to the number of pips. Players may also activate the special card in that quadrant, as well as activating any matching section of their player board. Building is the simple task of claiming a section of the cathedral and then delivering the material you’ve collected to it. 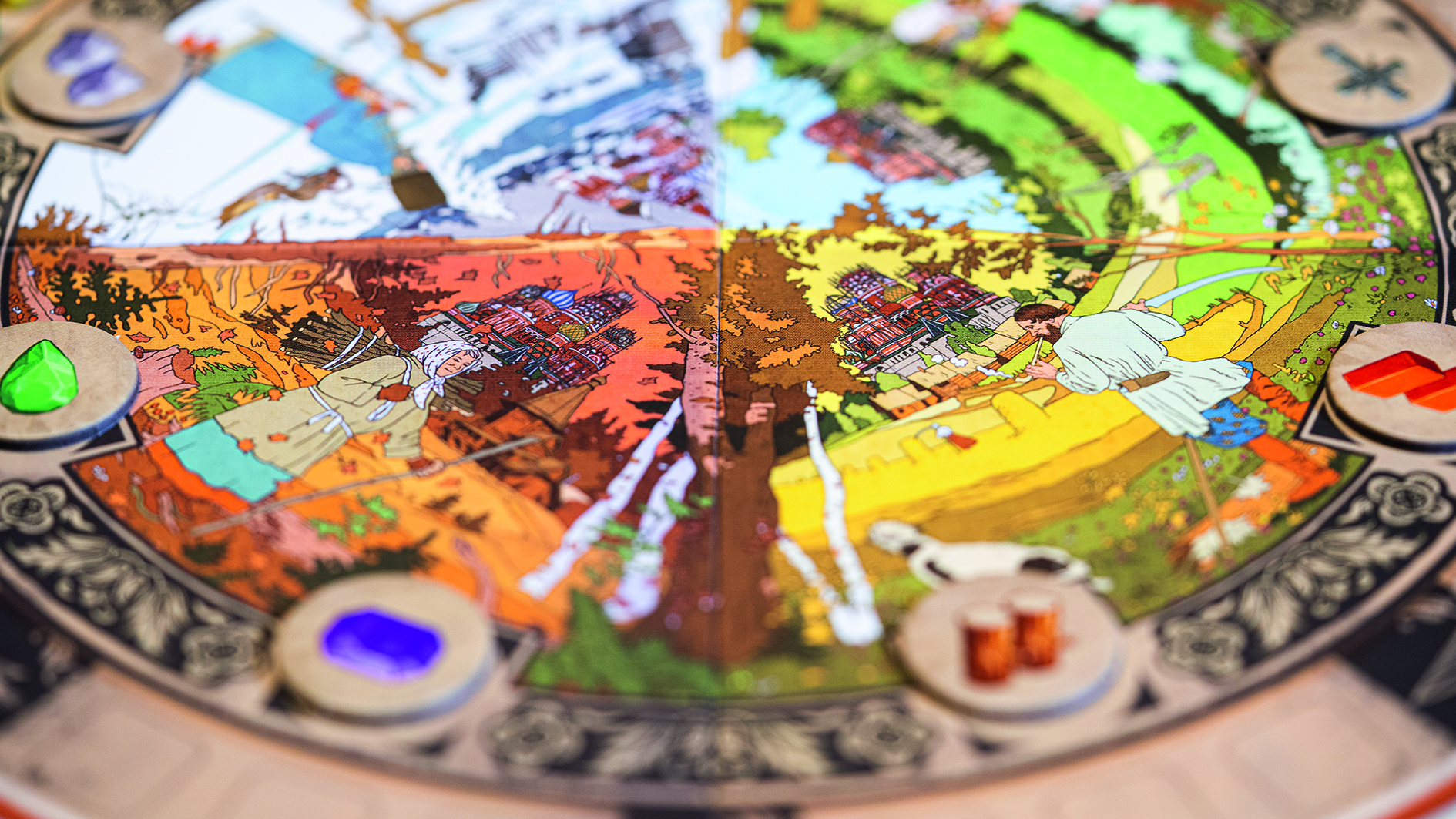 And there’s an impressive buzz to the way the game plays out. You only have one or two choices in a turn, but they’re all important. Your inventory is limited, making it impossible to build up an abundance of materials. It can be expanded by removing your banners (the claiming tool) and placing them on building sites, but even then you’ll end up running out of space for the items you need to build.

And once a segment of the building is created players can add ornamentation to gain more prestige – an intermediary point system – as you skip ahead on the points tally. Scoring comes down to a majority ownership of each of the towers, making your choices there feel strangely like majority control rules in Carcassonne.

Everything you do in The Red Cathedral has a weight of your intentions in it, but the long term effects cascade out of it in a way you’re not quite able to predict. There is just enough of everything we love about a weightier Eurogame here, with a brisk pace and a little bit of a mean streak – it’s very hard to fault it at all. Oh, and it is also worth saying that the board is very small, compact, and in fact, just right.

A tight and restrained game full of wonderful depths. Your choices matter, and with each turn, you can see the options spooling out in front of you. 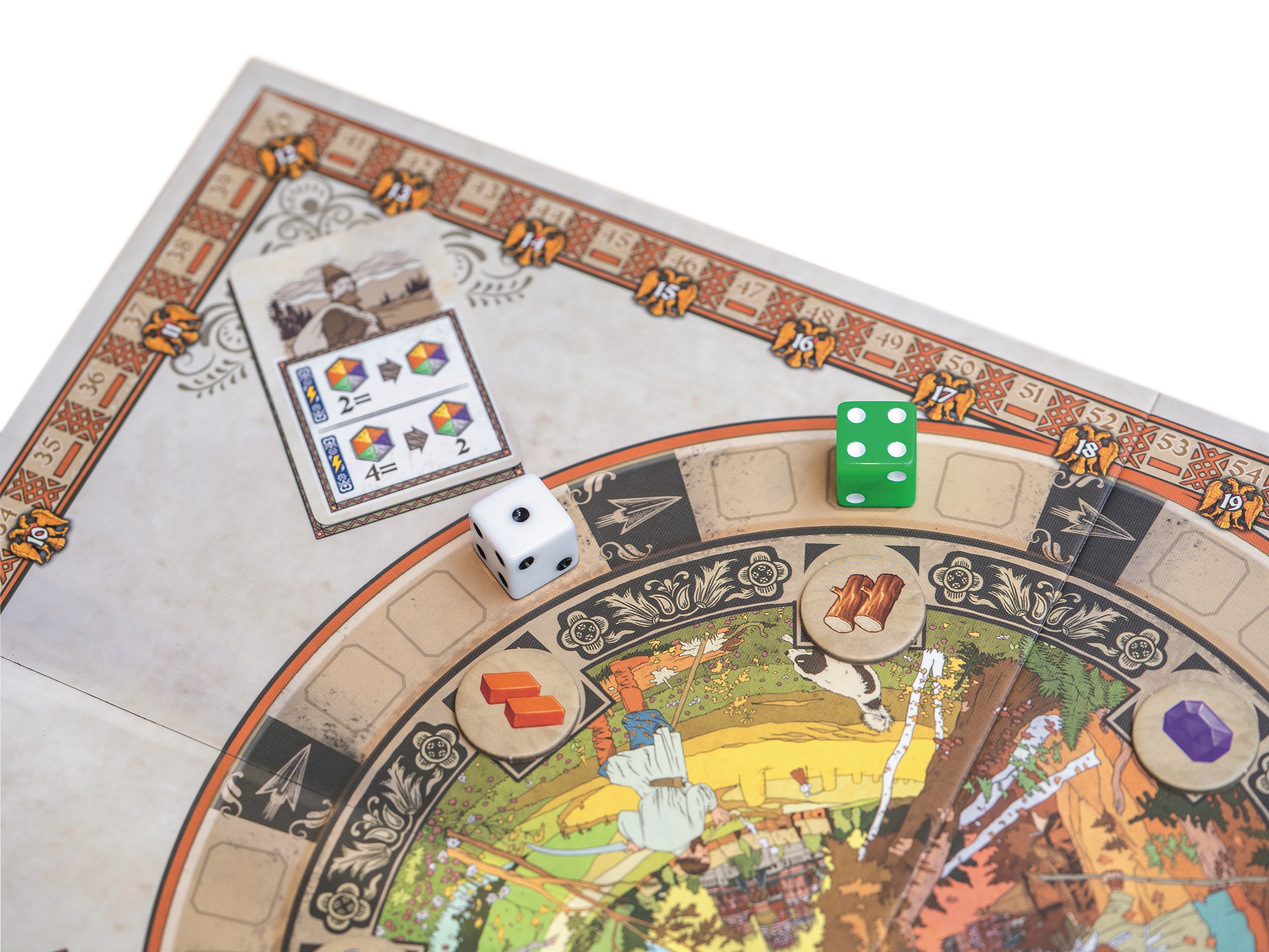 TRY THIS IF YOU LIKED Targi

If the head to head card claiming and trading of Targi gets you going, you’ll find an abundance of it, and more, over in Moscow too.