The epic fantasy world of Netflix’s The Dragon Prince animated series tightly packs into a neat box for a miniature skirmish battle game, The Dragon Prince: Battlecharged. This is not a game that will remunerate on any plot points or lore of the series, but simply focus on some of the key characters coming together for a good fight. In a two-player game, each opponent will choose two characters to play. Whereas in larger games, some players will play as teams while controlling one or two characters.

The combat is entirely card based (the dice included in the game are only used as markers), with each deck being uniquely specific to the character it belongs to. Fans of the show will instantly spot the characters’ identifying traits and stories captured in the cards’ abilities, strengths, handicaps and even magic uses. Each character plays very differently and even though there are only 16 cards in each deck, learning how to best utilise their tool kit will take a bit of practice. That only exacerbates when you must mix the decks of two characters together, as you will have to learn two playstyles at the same time and attempt to discover ways in which the two decks could synergise with each other. 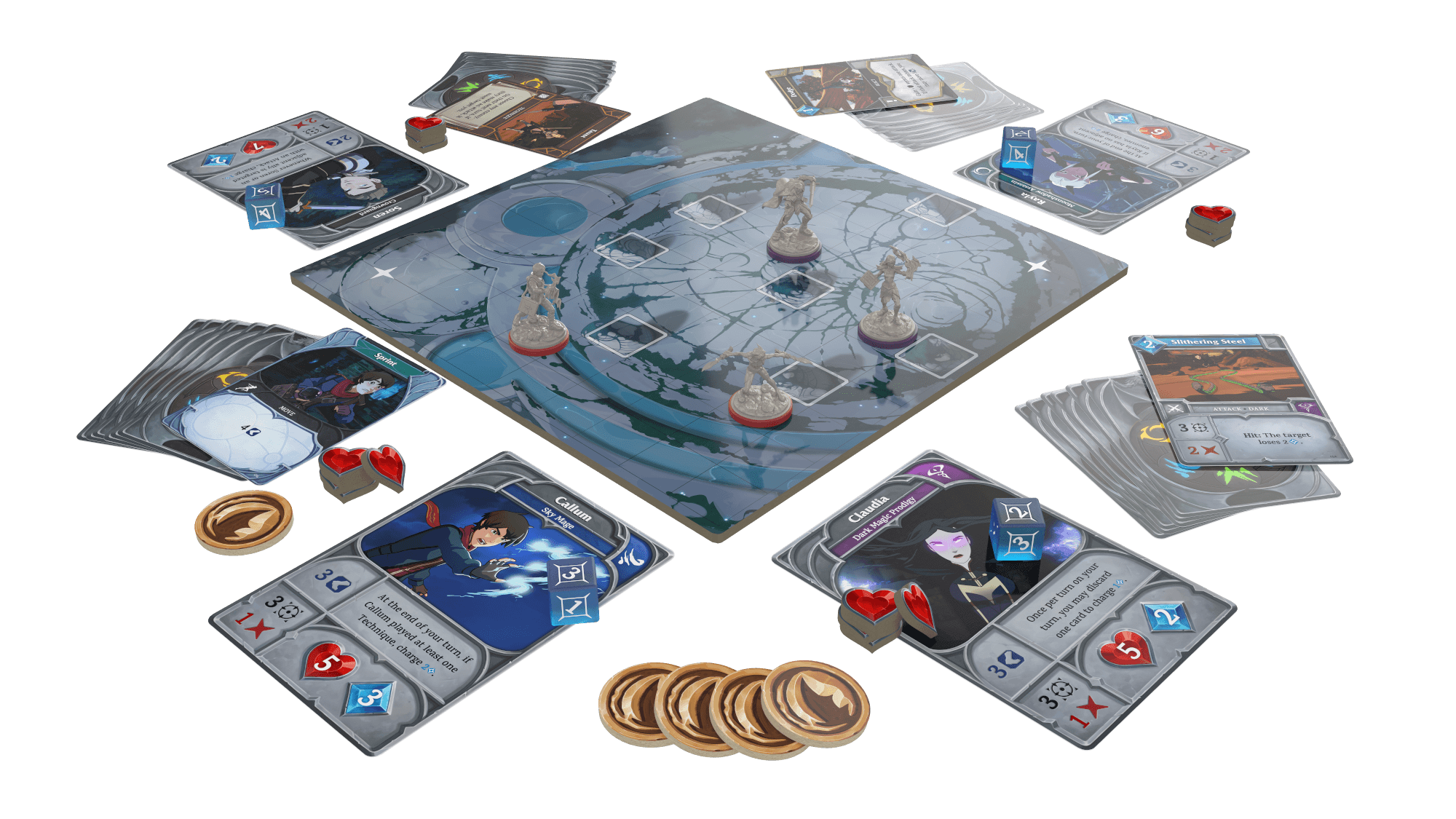 The decks, despite their unique nature, are quite flexible. They will generally contain a couple of cards that are very specific to the character they belong to. These will have abilities that may need a turn or so to set up but will result in a satisfying powerful move. There will also be some situation cards that several characters could take advantage of, for example if they use magic of the same type. Finally, there are some generic, all-purpose moves. While you will always have something to do on your turn, it may not be exactly the move you hoped for. There are very limited abilities to cycle through your deck, so in most cases you must deal with what you get. Sometimes that simply means a less efficient turn, other times that you can’t block incoming damage and may be knocked out.

The luck of the draw can be quite frustrating, especially when the rest of the game is so geared towards strategy. Positioning, for example, is another key element of battle. The game comes with six different map environments. Some are quite open allowing characters to roam free, while others offer tight spaces and obstacles, giving players an opportunity to use range and line of signs to their advantage. The game also comes with optional advanced rules for zone control and line of sight if players want another layer of challenge.

It is pretty impressive that for such a compact game, The Dragon Prince: Battlecharged actually packs a lot of depth. You could spend quite a lot of time trying out different combinations of characters, testing them on different maps and against different opponents until you find that ultimate combo that suits your playstyle.

At the same time, unless you are a The Dragon Prince fan, this game doesn’t offer anything that makes it immediately stand out. Unmatched, for example, covers a lot more franchises while delivering a similar type of gameplay. BattleCON or a UFS game offer you more refined asymmetrical character card combat. While The Dragon Prince: Battlecharged has a lot of potential, right now it feels like it occupies a middle ground of being an entirely functional card game but with nothing, beyond its theme, that immediately catches your eye. Maybe with new characters or even new cards, this can be changed.

Pick up your own copy by clicking here

With surprising (for its size) deep asymmetrical combat, The Dragon Prince: Battlecharged does a great job capturing the characters in the card play, even if the overall gameplay lacks some polish.

TRY THIS IF YOU LIKED UNMATCHED

Just like Unmatched, The Dragon Prince offers an epic face-off between the characters with unique cards and abilities.

You can read our review of Unmatched here 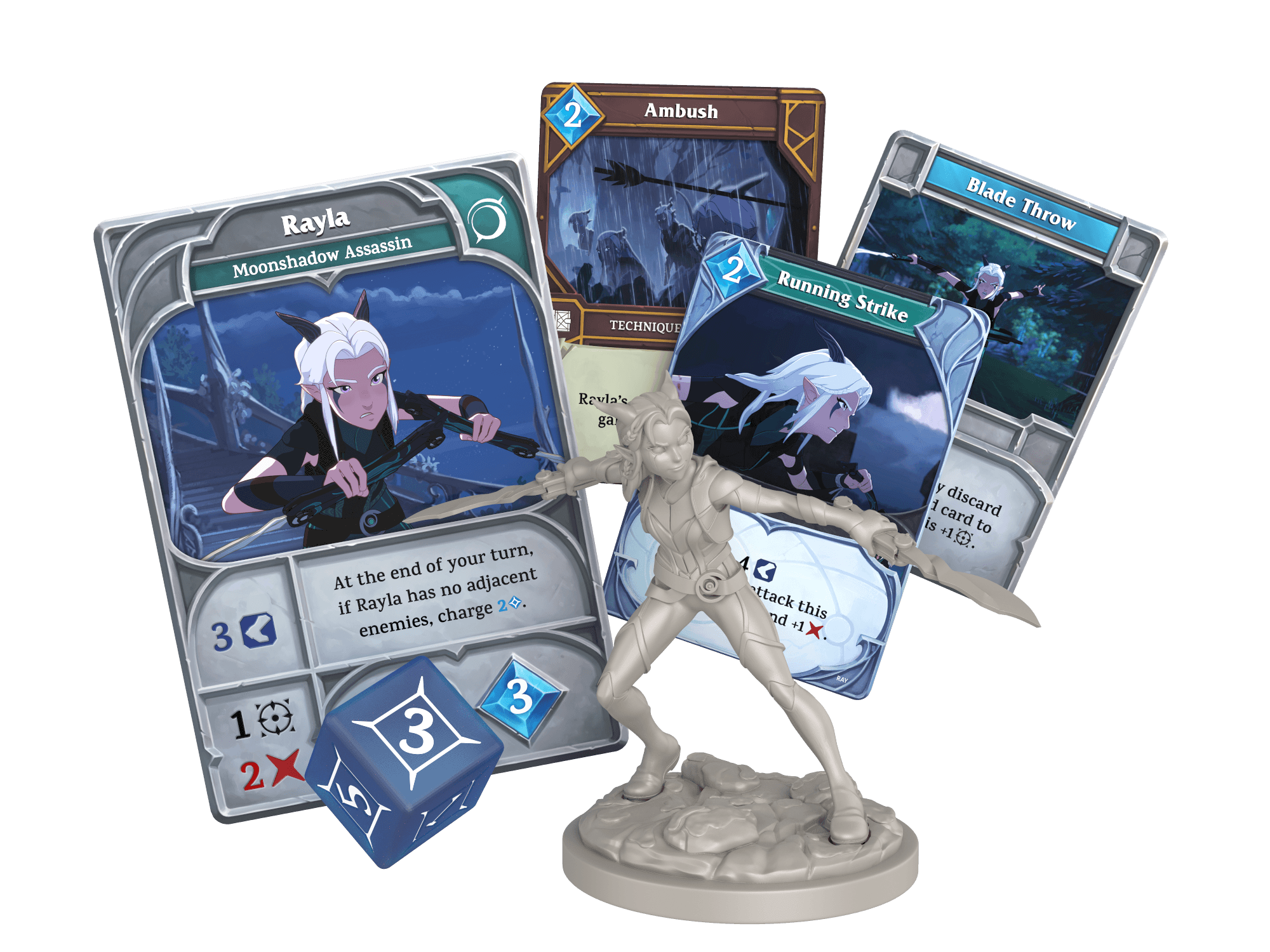