Want to see what's inside the box? Join Charlie in her first look at Snakesss on YouTube!

There are not enough mongooses (mongeese? mongoossi?) in board games. There, I said it. There are even less mongoose meeples available for public consumption, a fact that I didn’t know was a real shame until I opened this box. Thankfully, Big Potato Games are redressing the balance, with their psychedelically designed social deduction game, Snakesss. 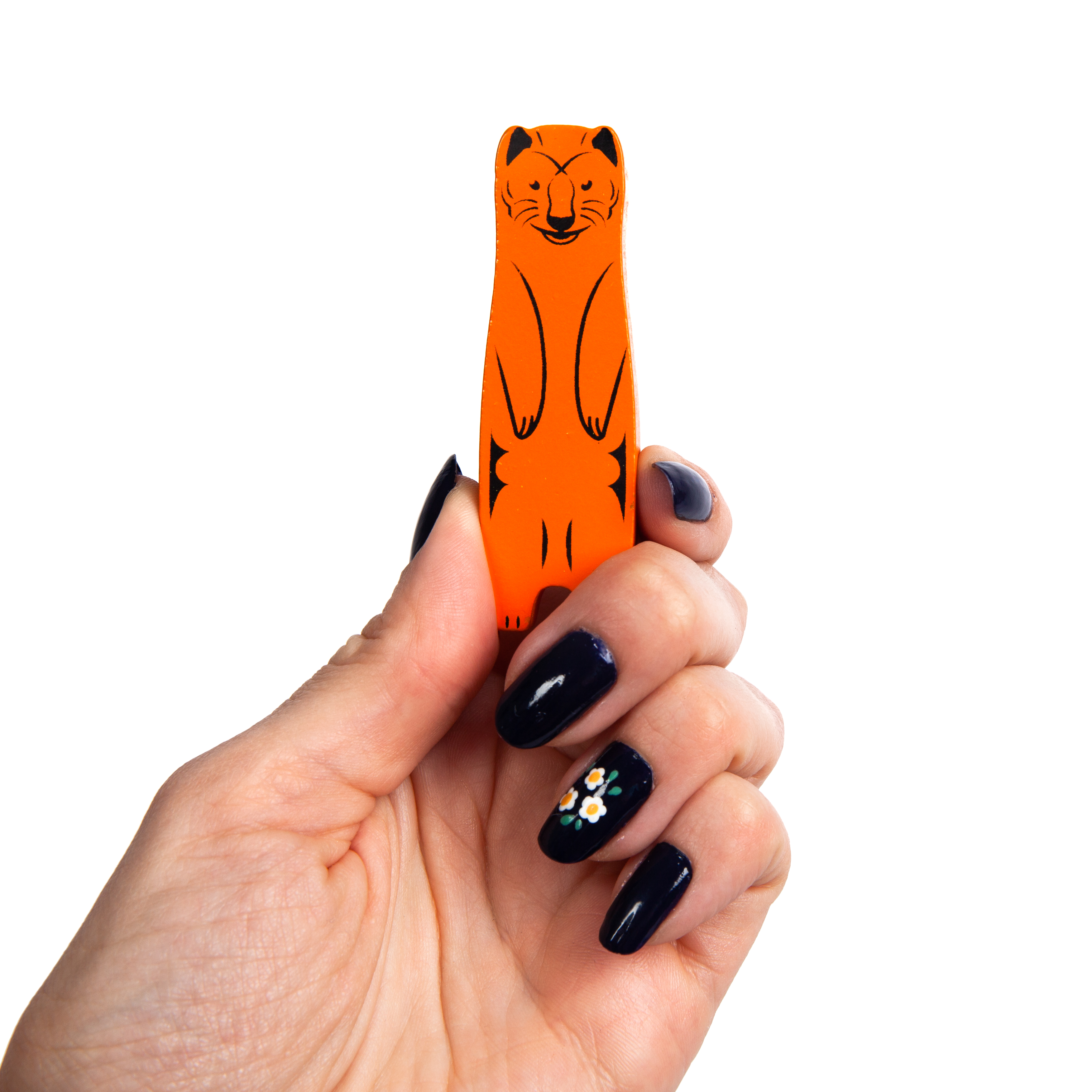 As you expect from a publisher that focuses on party games for everyone, the game is super simple to pick up. You’re going to have cards with absurd multiple choice questions on them. It might ask you –  because Pineapples were so rare in the 1800’s, what were they used for? With answers like, A) given as wedding decorations, b) rented out for parties to make you seem wealthy, and the like. Each unusual answer is just as weird as the other, making each answer equally as justified. Players will discuss the answers, form an opinion, and then vote on the right answer.

The players by this point have been assigned roles at random. One – the Mongoose of Truth. They won’t know what the answer is, but everyone knows they’re the mongoose, and that they’re not going to try to trick you. Almost everyone else is simply a player, giving their opinion and voting on a final answer to the question, whilst also trying to suss out who might be the final player role – the Snake.

As soon as the card is selected, players close their eyes, and the card is held up. On the back of the card, is the answer. Only the player that has been designated the snake may open their eyes and see the answer, and when normality resumes, it’s their role to steer discussion around to the incorrect answer. When the votes come in, for every incorrect answer voted for, the Snake gets points. It’s a tricky line to walk though – be too strong in your argument for one answer, and players might rumble you and vote differently. Not enough, and they may pick the right answer by common sense, gaining their own points.

As a fan of social deduction games in general, this ticks all the right boxes. You can learn it in less than a minute (or just leap into playing, which does the trick just as well), and you’re constantly second guessing everyone. Player three says they know the answer, but do they, or are they actually the Snake? And Player two made great logical reasonings as to a different answer, but it was so convincing, could they be the Snake? Are your arguments in favour of one answer right, or are you helping the Snake? The Mongoose of Truth does a great job of balancing this out, because you know you’ll get an honest opinion but they too can be swayed. It’s a clever additional layer (and pretty cool meeple too) that has you constantly guessing.

If I had to find a downside to Snakesss, it would be the niggly worry that I have as a result of its strengths. There are plenty of cards in the box to play through, but my gaming group enjoyed it so much that we have played frequent games of it at each game night, and are showing no sign of slowing down. The problem is, the answers are so distinct, and subsequently memorable that when we’ve made our way through the pack, it’ll be unlikely we can play further without at least one of us remembering the answer.

On the flipside, this opens an opportunity for expansions that are merely additional card questions, and the fact that the biggest downside is a result of our wanting to play it so frequently, it’s an easy recommendation. 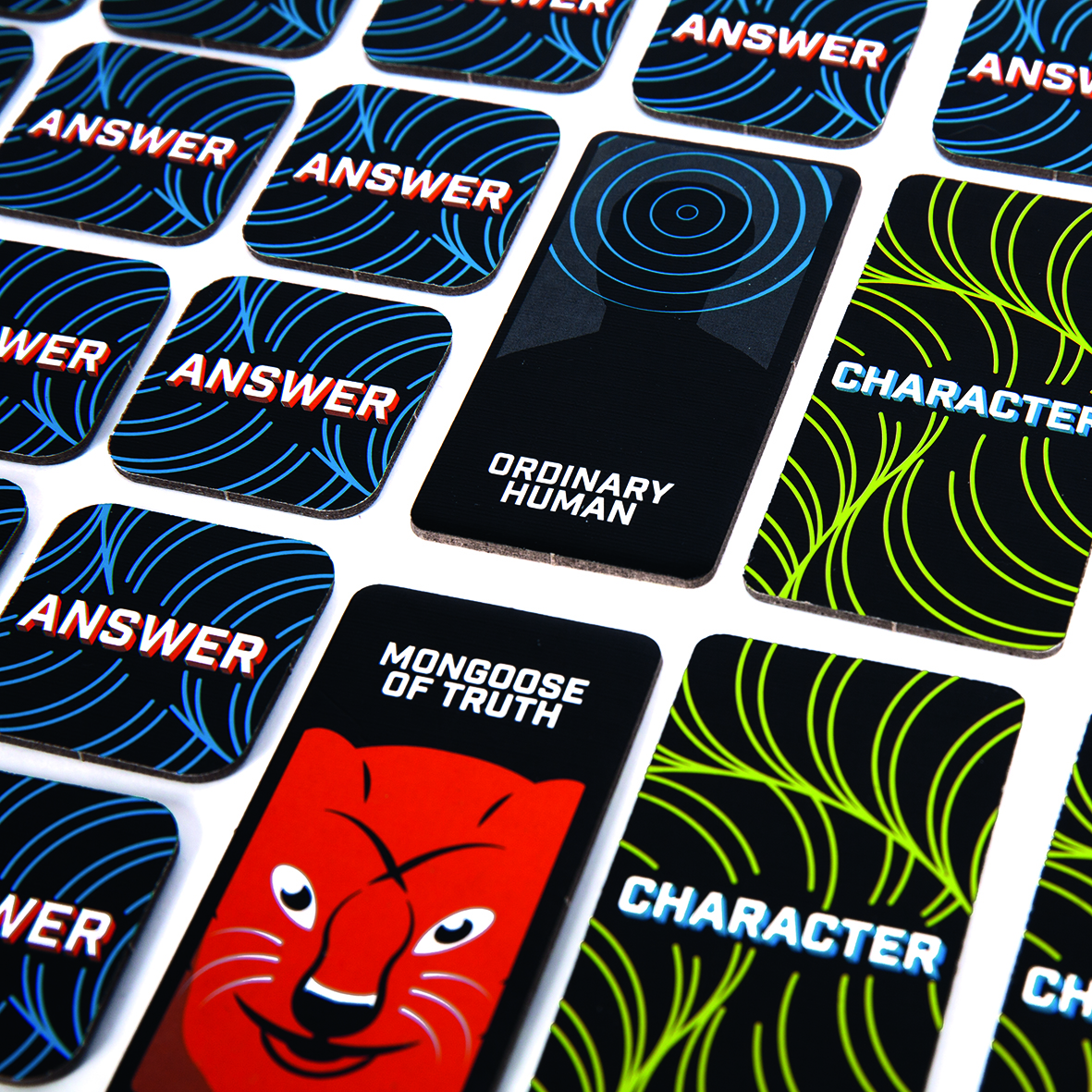 A masterclass in easy to learn social deduction – said, whilst holding the Mongoose of Truth.

Try this if you liked: The Chameleon

Another Big Potato game that invites you to point the finger at the faker.