Phil Walker-Harding games have their very own feeling about them. A light, enjoyable engagement, a cute concept, a tiny bit of friction, a warm and satisfying feeling. Like freshly baked bread, or a new duvet cover. Recent outings had left us a little cold however, with Llama Land being perfectly fine, but lacking in focus.

So with Neoville, a town building, tile laying game, we weren’t ready for what turns out to be one of our favourite little puzzles of the year. Players get a starting tile, set up a market of tiles and then a few draw piles. Two of the modular ‘utility’ types are chosen, randomly chucked next to the board with the appropriate towers, and you’re away and building a new elementally-themed empire of your own. Each turn players place a tile in their own city, and then choose to place a tower or a utility. The towers are all based on ‘organic architecture’ – i.e. rocks, forests, waterfalls, and dirt (or earth as it’s probably meant to be called) – and these can only be placed in matching biome types. The size of the biome when you place the tower doesn’t matter until you get to end game scoring, where you have to have an equal (or higher) number of dirt squares in your dirt biome for your dirt tower. If you don’t you get that many points taken away from you. Equally, there are special requirements for the utilities, having a specifically shaped biome for example, or a number of parks in the row and column that it’s in. 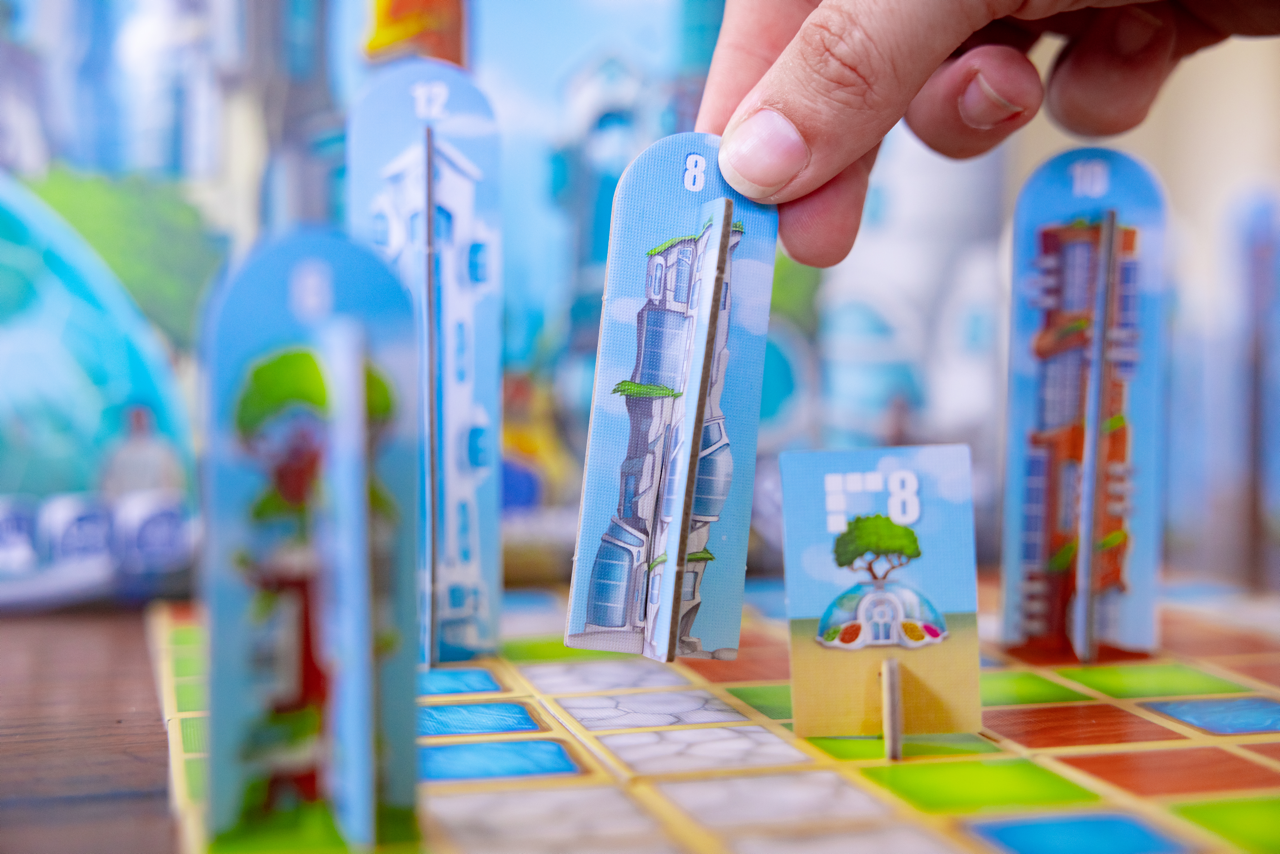 And that’s it, you could probably play the game now – and then again straight after, and then probably again for the decider, mixing up the utility standees each time. It’s that kind of game – especially at two players. Its simplicity is a little bit ‘solvable’ in the sense there’s few surprises once you get going. But the real game occurs between players taking the tiles you want, or you committing to a big tower early, despite not being sure if you’ll complete it. When to go in for certain tiles, or when to grab a tower, or attempt a utility strategy, is all played out in peaceful conflict – only the odd grunt of annoyance when one of your opponents snatches a tile you wanted. As an aside, there’s no reason this couldn’t be played solo with a little rules nudge, and it’s a wonder that over the three pages of rules they couldn’t have added a line to contain a simple set up for solo play.

If we had to make any complaints, it’s just on the theme and art work – which is totally serviceable – but a little bland. We could just put this down to all utopias being boring (which they are), but it’s probably because it didn’t really matter what the theme was in the end – and it certainly won’t matter to you as much as choosing the right tower placement.

That aside, if you’ve got the right kind of family game set up, or you just want the equivalent of really comfy chair on a Sunday afternoon, this could see some hard rotation on your gaming table.

Modular and replayable, if a little bit solvable feeling for more seasoned gamers, this is the platonic ideal of a Phil Walker-Harding tile laying game. Wonderful.

TRY THIS IF YOU LIKED Photosynthesis…

Photosynthesis is a crunchy game that pretends to be about something extremely relaxing. Neoville is that relaxed nature-builder you wanted. 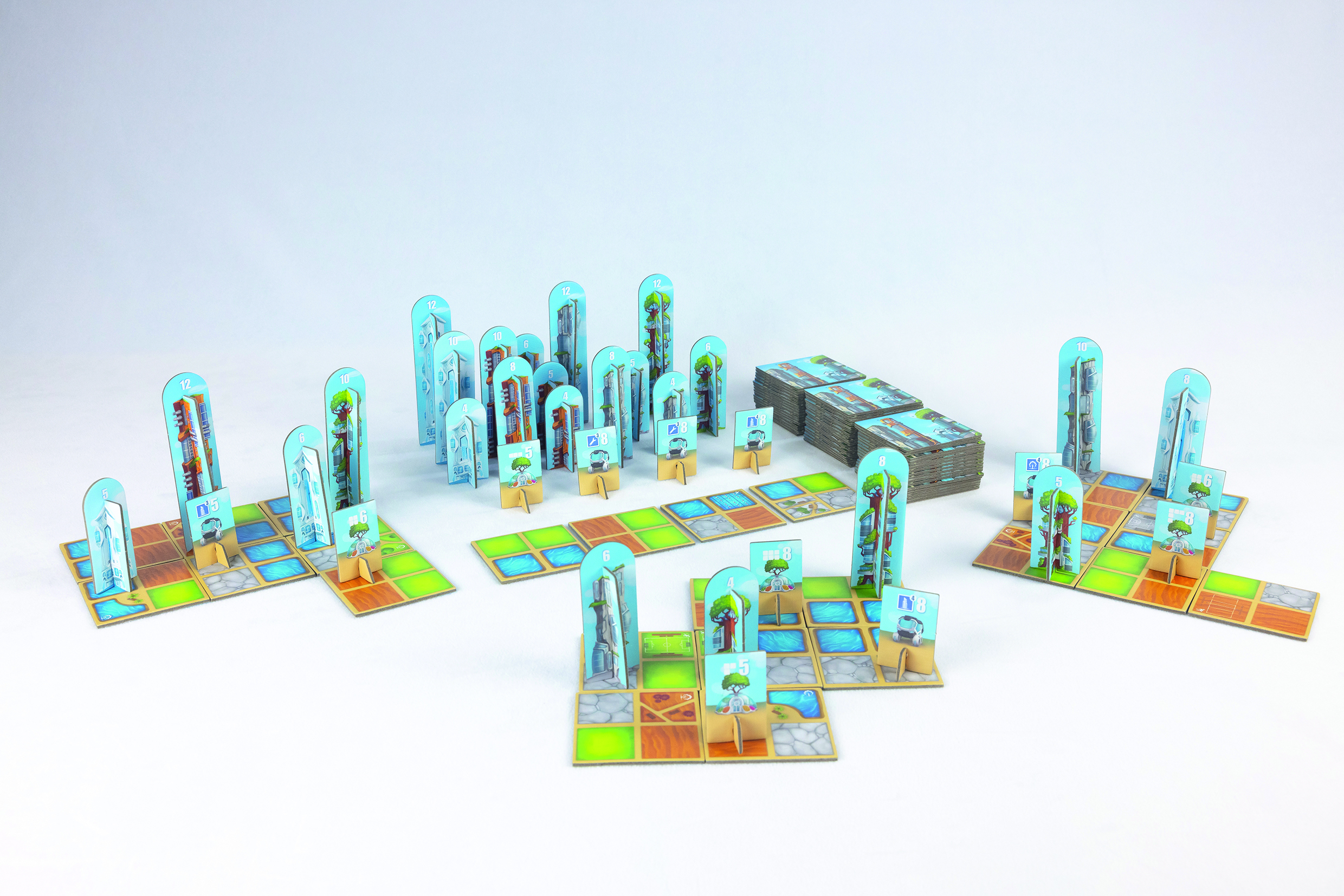