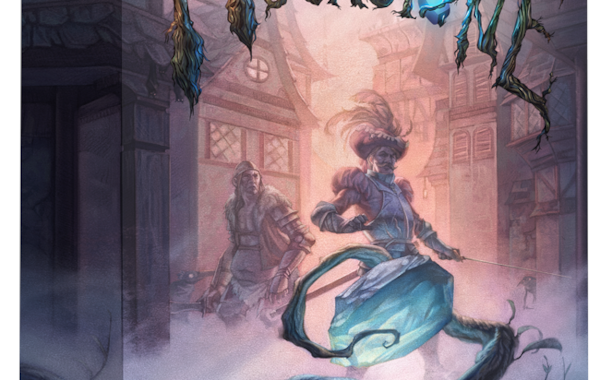 It’s quite rare for a wargame to stealth its way into these pages, but based on the beautiful miniatures – and a whole character design ethos that should immediately remind us all of Brian Froud of Dark Crystal fame – and the words ‘starter set’ – we had to give it a try.

Before anything else, you’ll need some glue for the impossibly beautiful miniatures – and in our case, someone with some experience to put them together. Once built, the miniatures are incredible to behold and paint. There’s eight in the box, and some slimmed down rules.

The goal of the game is about collecting the titular moonstones, which are D4’s scattered over the table – the side they’re rolled is their depth, and each digging action you take moves them up a level, until the character can pick them up. Winning the game is a case of having the most of these heavy gems in your possession at the end of the fourth turn. This objective orientated play might remind a few people of Warhammer Underworlds but the small party size, and sense of humour reminded me of Mordheim, a slightly underloved Games Workshop skirmish and campaign game. 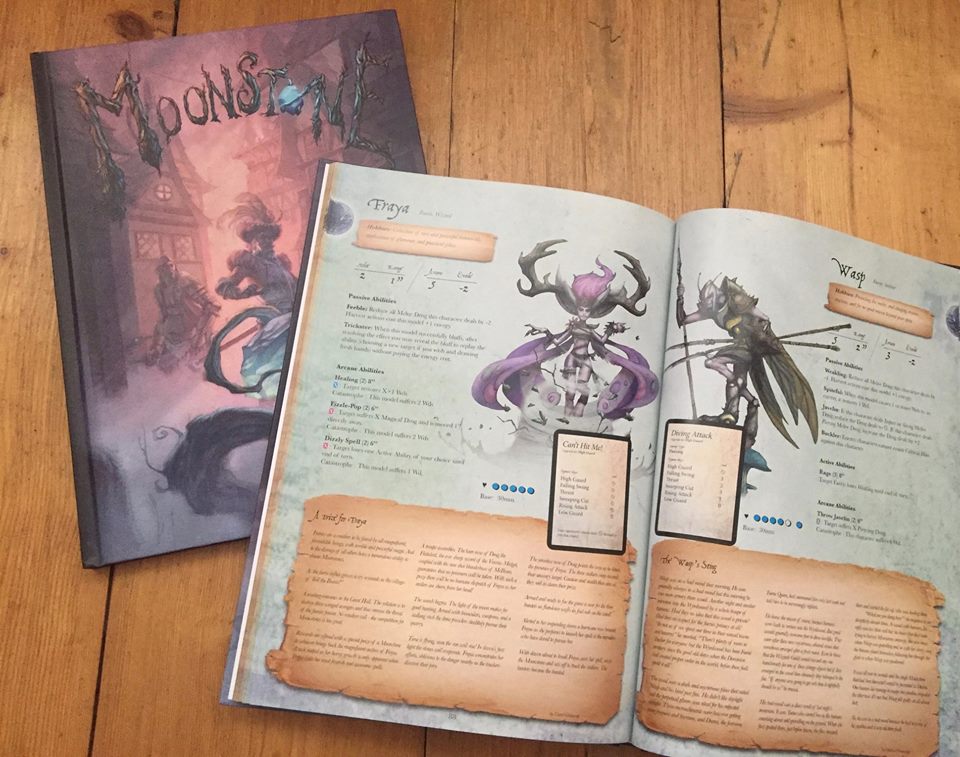 Unlike nearly every other wargame, we’re not rolling dice beyond the initial moonstone drop, and to decide who goes first in the turn order. Instead of the usual roll to hit, roll for damage, roll saves, maybe remove half a model pattern, we’ve got decks of cards to draw from. The first is the melee deck, which you use for hitting people. These cards offer different kinds of swings, pokes and jabs from your sword wielding baron, or your lance lugging pug. Each player plays one face up, and compares their opponents move to their card in rock-paper-scissors fashion. This can lead to massive upsets – a block and riposte, or huge damage because of a character power – depending on how your cards line up. The defending player can do damage here too, making melee dangerous. Equally every character has their own powers that use the arcane deck. This is a magic system deck of three colours that uses bluffing to pull of your powers. You declare you have a blue two card, which, if you did, would mean you activate the power (because it’s blue) and you’ll do two damage. And the resisting player gets to call a bluff – or leave it. If they call it and they’re right, they can swap a card from their hand with the one you placed. If you weren’t lying at all, you can repeat the power immediately for no cost.

These powers range from area of effect flatulence, to a bit of geomancy and travelling through terrain.

Our main complaints about the game itself was the health tracking. Action tokens are reduced when the health of a character is reduced beyond a certain point, but there was no obvious way to track this in the box. Easily solved with a handy bag of RPG dice, but makes for a few questions at the start of the game that didn’t need to be there. Equally the price might put a few people off, so if the model making and painting aspects aren’t your bag, there could be more accessible skirmish games for you.

But as a way to get back into a game where you measure things out and straight up try and beat up your opponent between nabbing the objectives? It’s a really good place to start – and at worst, you’ve got some really nice minis for your next D&D campaign…

A good way into lighter end of wargaming, if you’ve got the model making skills to back it up.

TRY THIS IF YOU LIKED Mordheim

The campaign-driven skirmish game from the turn of the millennium that never really broke through. If you want to relive its memory, but quicker, Moonstone might bring you back. 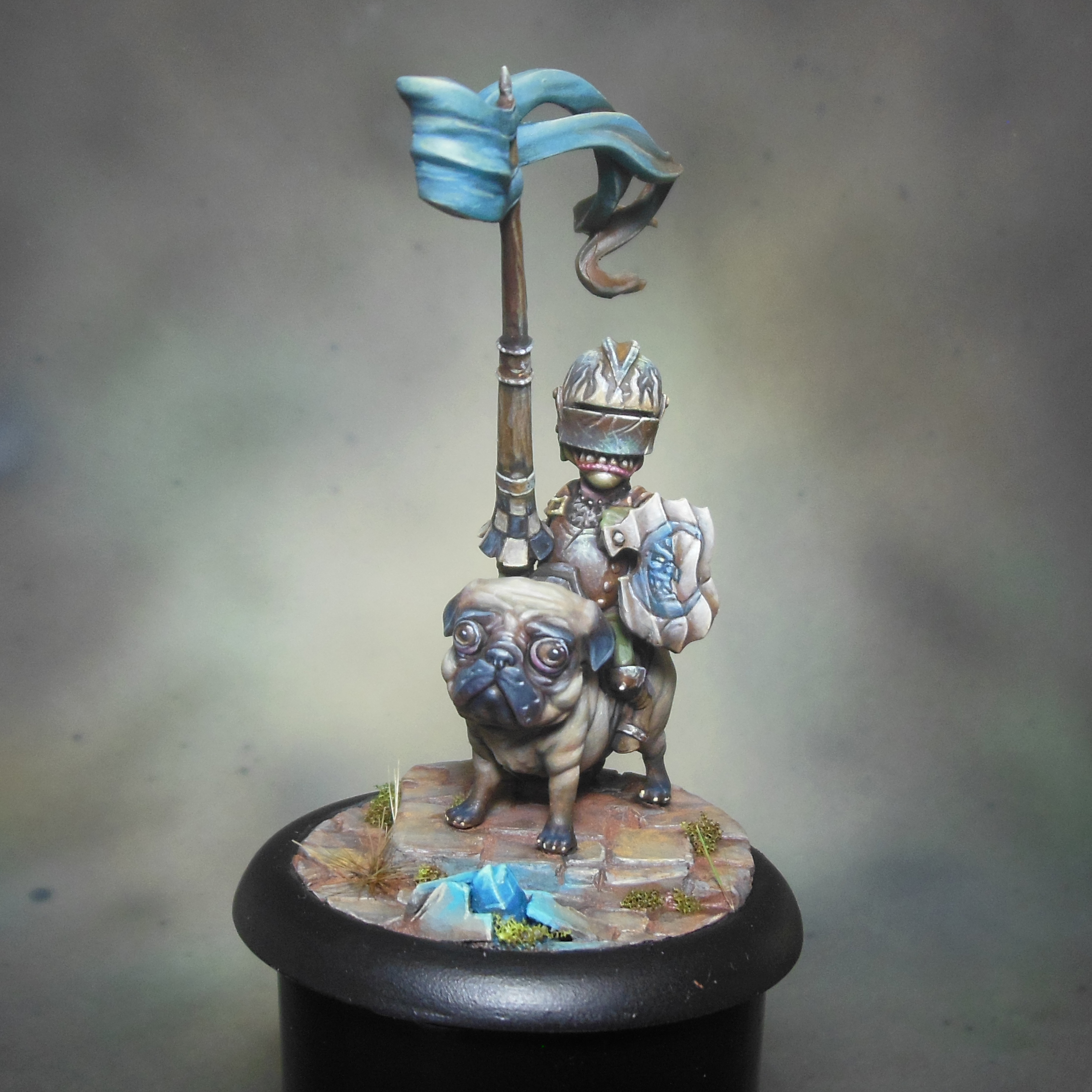