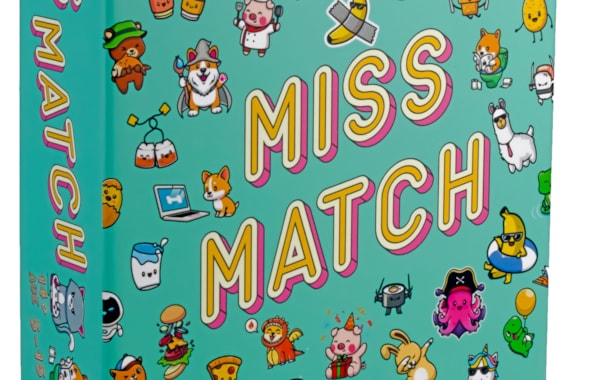 A great choice for most ages

Miss Match is one of those games that is so simple, so unassuming in its pitch that I would have looked right past it and assumed it was only going to be fun for children. However, much like Echidna Shuffle (which was for children but remains one of my favourite comfort games), Miss Match does something that many boardgames forget to do in their quest for ever more fiddly bits – be fun.

Each round you have a category card which says something like game, film, fictional character and everyone reveals the top word card from their deck. The goal is to then think of something that links as many of the revealed cards as possible in a manner the creator Russell Neal describes as “creative snap.”

So, if you were to get say, film, wizard, and superhero, you might say Doctor Strange. Or you might get celebrity, pig, and love, to which you could answer David Cameron and enjoy the look on everyone’s faces as you remind them about that.

The rules as written offer themselves up to a quick and snappy game as you only have to match two cards but we’ve found a great deal of enjoyment trying to match all three and making some outrageous stretches. And speaking of rules, everything you need to know is explained in an adorable single page comic book by a corgi and a bear.

With card art featuring cute characters and big, easily readable font that is thankfully printed so everyone at the table can read it at once, Miss Match is a great choice for most ages and while the box says 14+, there is nothing in here that younger children can’t enjoy. So get it while you can and here’s one for the road: book, supermarket, dragon. 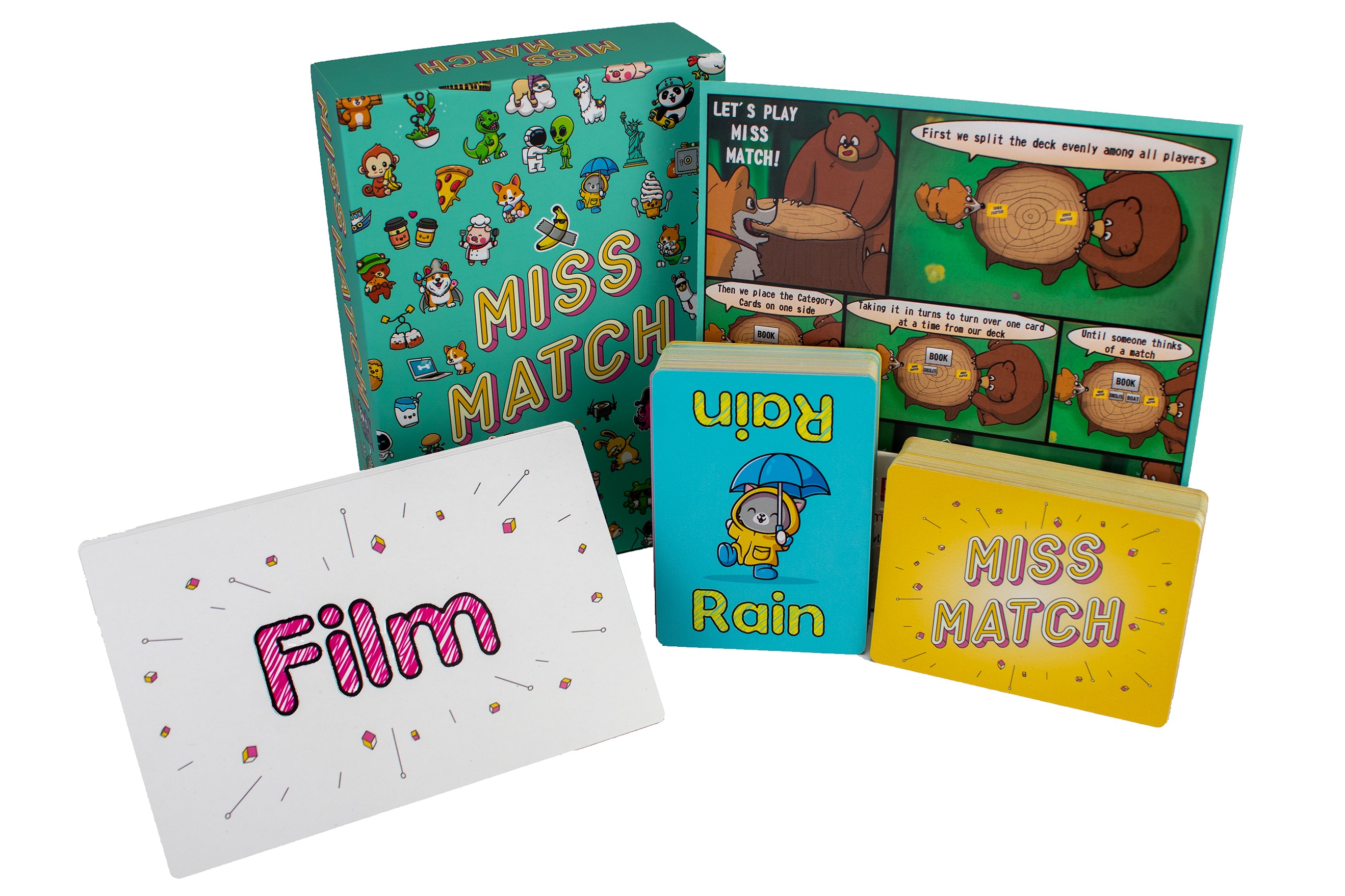