Too spicy for some

This genre really needs a name. ‘European style, non-conflict, modular board with a variety of point systems’ games is too much of a mouthful. Personally, I’ve started calling games like Five Tribes, Istanbul and now Merv, ‘Chocolate-Box Euros’ as they offer lots of little options for you to consider and are usually quite sweet (if not to everyone’s taste.)

Merv certainly succeeds in looking like a chocolate box, with its gorgeous pastel-coloured geometric patterns influenced by traditional Islamic art and its very generous array of tokens, giving the game a luxurious look. There’s also a lot to look at; Merv sees 1-4 players attempting to build the medieval metropolis of Merv, with points scored for every mosque, library, market, caravansary, city wall and palace interacted with.

If that list seems daunting, you’d be correct. Merv is one of the longest board game explanations I’ve ever done, as each area features different ways to score points, many of which rely on one another and all of them need to be taught before a single worker is placed. Patient players are a must, otherwise you’ll be left alone trying to explain how contracts have an appreciating score value.

Once players have some understanding of what each area does, playing the game is straightforward. Each of the three game years is split into four rounds. In a round, players take turns selecting a column or row from the 25-tile grid in the centre of the board, then selecting an action tile and placing one of their buildings if the tile is empty. That player then gains resources for each tile in the same column or row that has a matching coloured building, before performing the action on the selected tile.

This placement mechanic lets the game organically grow in complexity. Early on you’ll play a couple of cubes to make small steps forward, then by the last year you’ll have a small fabrication empire that races through progress trees or collect swathes of cards and counters. The game also lets players ‘borrow’ one another’s buildings in exchange for the lender gaining more resources, ensuring that no-one is left trailing behind.

To keep players in check, at the end of year two and three the city is invaded by Mongols, who will ransom unprotected buildings, destroying them if unpaid. This incentivises players to hire soldiers or build walls to defend the city, with extra rewards if they help protect their opponents. These invasions help ground players, as the ones with the best point engines will also be the ones needing to protect their investments. The game also sees players bid for turn order each round, with players going last often getting camel tokens that they can use to either go first later or capitalize on certain scoring systems.

When players know what they want the game speeds along nicely, but the sheer quantity of options combined with a randomized tile set up (ensuring that an optimal strategy in one playthrough may be unusable in another) leads to long pauses as players deliberate their options. The denseness of the puzzle led to my playgroup stumbling upon game breaking combinations rather than intentionally building them, with others unwilling to intervene as it meant halting their own progress.

If your playgroup hates fighting one another and loves puzzling over a varying challenge game after game, Merv certainly has replay potential. But first impressions matter a lot and this game demands a lot of player attention and patience before it starts rewarding them. One for experienced Eurogamers who like a lot of mileage out of their purchase.

Games that look this beautiful can be somewhat forgiven for overdesigned gameplay, which while excessive and demanding can lead to inventive engine building. A lovely ‘little’ Chocolate Box Euro.

TRY THIS IF YOU LIKED Istanbul

This Kennerspiel winning game takes the modular tile layout to its extreme. If you enjoyed the path-finding puzzle in Istanbul you’ll find a lot to like in the randomized streets of Merv. 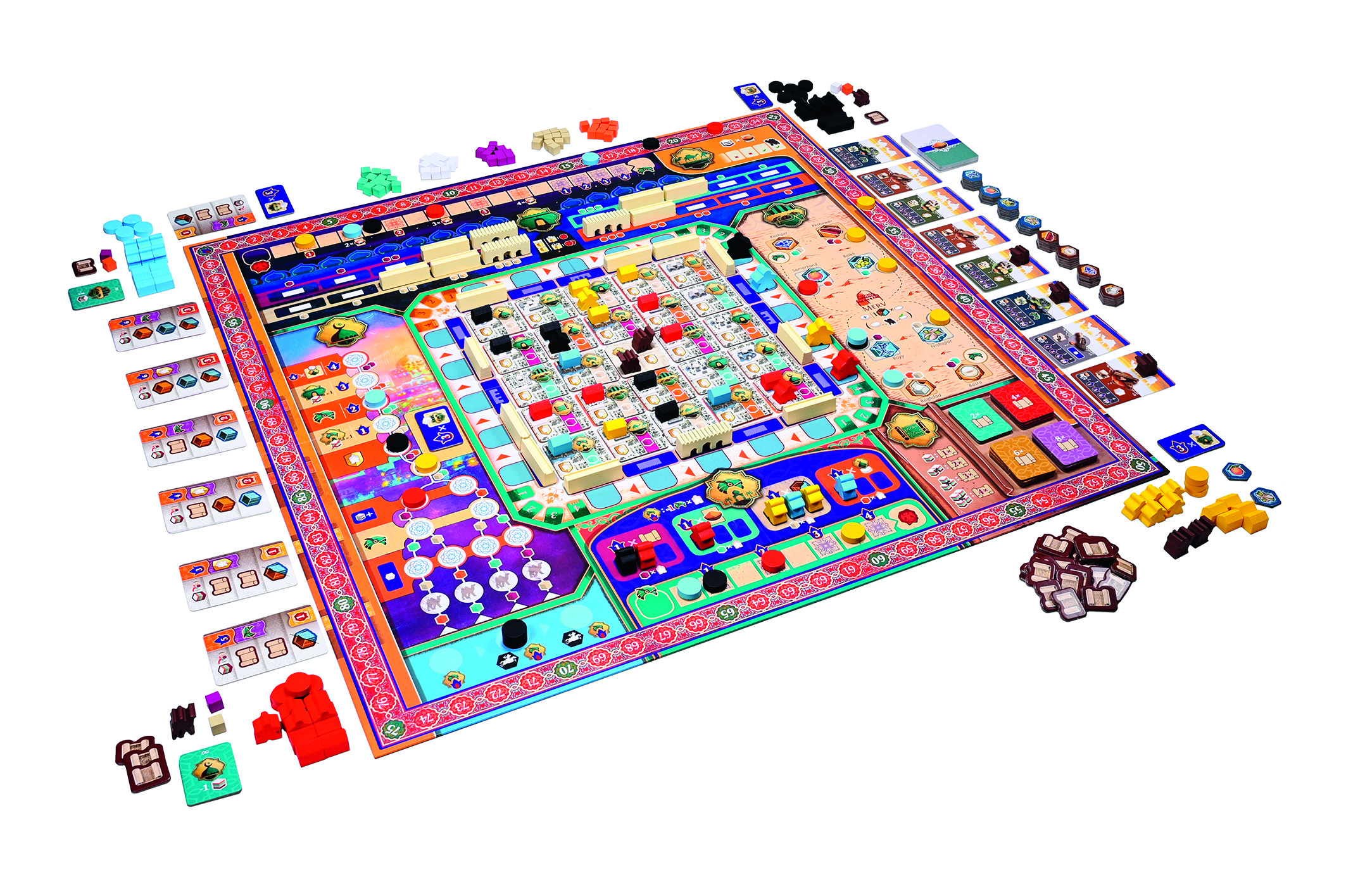