Tug of War with a splash of personality

It is a tale as old as time. The emperor of Oshra is dead. The four factions that make up his lands are warring with each other. It is up to one of the six children of the emperor to bring peace back to the empire. That is the story of Hidden Leaders, and as Game of Thrones-like it may sound at first, the tone of the game set by Satoshi Matsuura’s artwork is completely the opposite. It is a fantasy world that is quick to laugh at its own tropes and does not take itself seriously at all.

Each player is a leader secretly aligned with two out of the four factions. Throughout the game, they draw and play hero cards in the tableau in front of them to influence the red and green tracks and make them align with one of their factions’ win conditions. Depending on which of the six leaders are randomly drawn, players’ goals may be completely opposite or align. That is something each player will need to use their deduction skills to figure out by looking at which cards their opponents play and how they manipulate the track. There are also enough opportunities to play cards secretly or double bluff to attempt to confuse the opponents.

The randomness of which leaders are drawn and then which heroes are drafted creates somewhat shambolic gameplay. It could become quite strategic and tense if, for example, players get leaders who share a faction. Then as their winning condition aligns, to break the tie they would need to recruit the most heroes of that faction. This creates an opportunity to use heroes’ ability more precisely, maybe attempt to sabotage an opponent or play more cards secretly. However, if their goals are completely opposite, Hidden Leaders can turn into frustrating tug of war, where one player pulls a track one way, while the opponent pushes it the opposite on their turn. This standstill will eventually resolve with a mix of lucky timing and a card draw, but this win feels less satisfying. The latter scenario is more likely to afflict two-player games and having a larger group at the table brings out a lot more strategic elements in Hidden Leader’s gameplay. 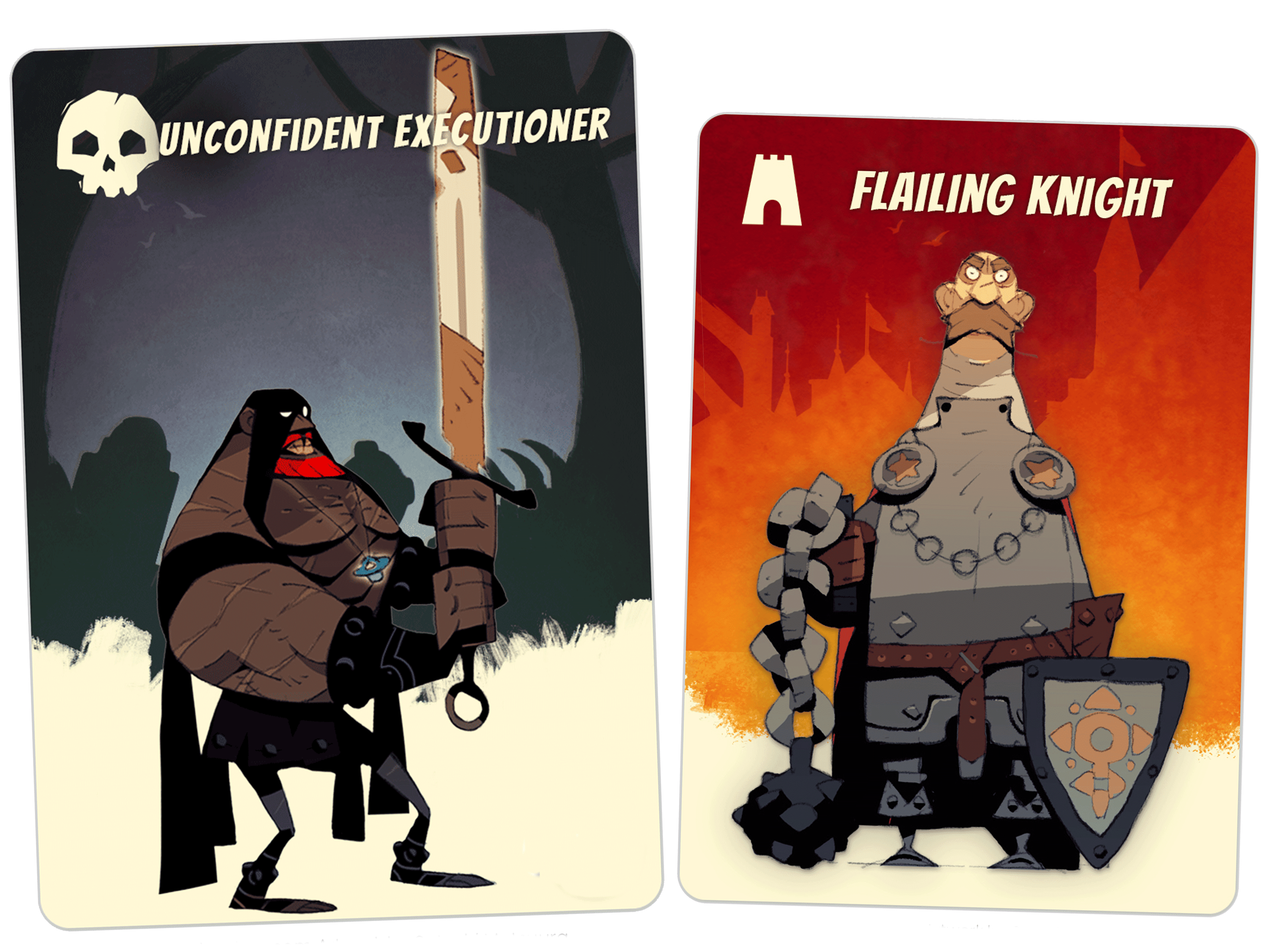 For such a quick and light card game, the world-building is really impressive. It is not told through long passageways in the rule book, but rather everything you need to know is in the character design. Each faction has a distinct personality and allegiance that is reflected in its heroes’ looks and their abilities. The Water Folk, for example, are the faction that is always trying to bring about peace. Therefore, their abilities aim to balance both tracks together. Their heroes, like Pessimistic Whaleman or Vegetarian Sharkguard feel less threatening than other characters. Each hero is unique, and their quirky and oddball design makes every drafted card feel special. Some characters are so charismatic that they become detrimental to the gameplay as you want to draft them just to have them on your team, no matter what their ability is.

Hidden Leaders is a small card game that packs a big personality. It is a toss of a coin, whether its gameplay will turn out to be sluggish back and forth or a tensely fast-paced fight for dominance. However, this is absolutely certain: you will want to adventure with its heroes across the whole empire of Oshra.

In a tug of war between Hidden Leaders’ gameplay and personality the latter wins with the first pull.

TRY THIS IF YOU LIKED WATERGATE

If you liked the tug of war card gameplay of Watergate, but seriousness of the theme and its slightly drab presentation left you wanting more, then Hidden leaders will welcome you with tonne of personality and humour.

You can also read our full review of Watergate here.