Questing can be an exhausting business. Especially in the harsh worlds of the RPG-lite HEXplore It series, which hits its third chapter in the arid, irradiated wastes of The Sands of Shurax.

First you have to learn the many, many rules, with all their time-consuming byways into specific situations that may or may not arise during your playthrough. Then you have to get everything out of the box, and set it all up, arranging all those hex-filled map quadrants just so. (The results are very pleasing, though; this game does look awesome on the table.) Next, you choose your co-operating heroes from a generous array of classes and races, calculating their starting stats and, rather neatly, mark it all down on dry-wipe character boards using erasable pens. Then you head off on your exploratory, tile-placing adventure, aiming to (hopefully) level yourselves up enough to take out a Dune-ripped giant worm monster before it destroys most of the kingdom.

Once you can get your head around the knotty rule set (and HEXplore It veterans will have a head start here, obviously), the first few rounds of the game are involving and encouraging… As long as luck is on your side. The Sands of Shurax is so unmitigatingly dependent on dice-rolling, and there is a lot of it, that our first (solo) attempt was abruptly and frustratingly halted four rounds in by our character’s death – solely the result of bad rolls and a random card draw which presented us with a monster way beyond our low-level abilities. Still, we picked ourselves up, and got back into the wastes.

It’s a shame. There is much to like here, especially if you’re a fan of Mage Knight, Gloomhaven or the Kilforth games. The components are impressive, as is the worldbuilding (aside from its questionable representation of women). It conveys a sense of epic scale and a level of detail so granular it spawns a number of mini games-within-the-game. The character building system is a treat, too. But ultimately this is a sandbox that spills everywhere, as if the designers’ passion took them beyond any concern for the patience of their players. After all, too much of anything – even something you love – is, by definition, too much.

The Sands of Shurax is a game we really wanted to like more. But what starts strongly outlives its welcome and descends into a long series of dispiriting dice rolls.

TRY THIS IF YOU LIKED MAGE KNIGHT…

With its hexy tiles, its self-contained campaign and its high level of complexity, it’s clear that Vlaada Chvátil’s quester is a big influence. However, the rules aren’t nearly so slick. 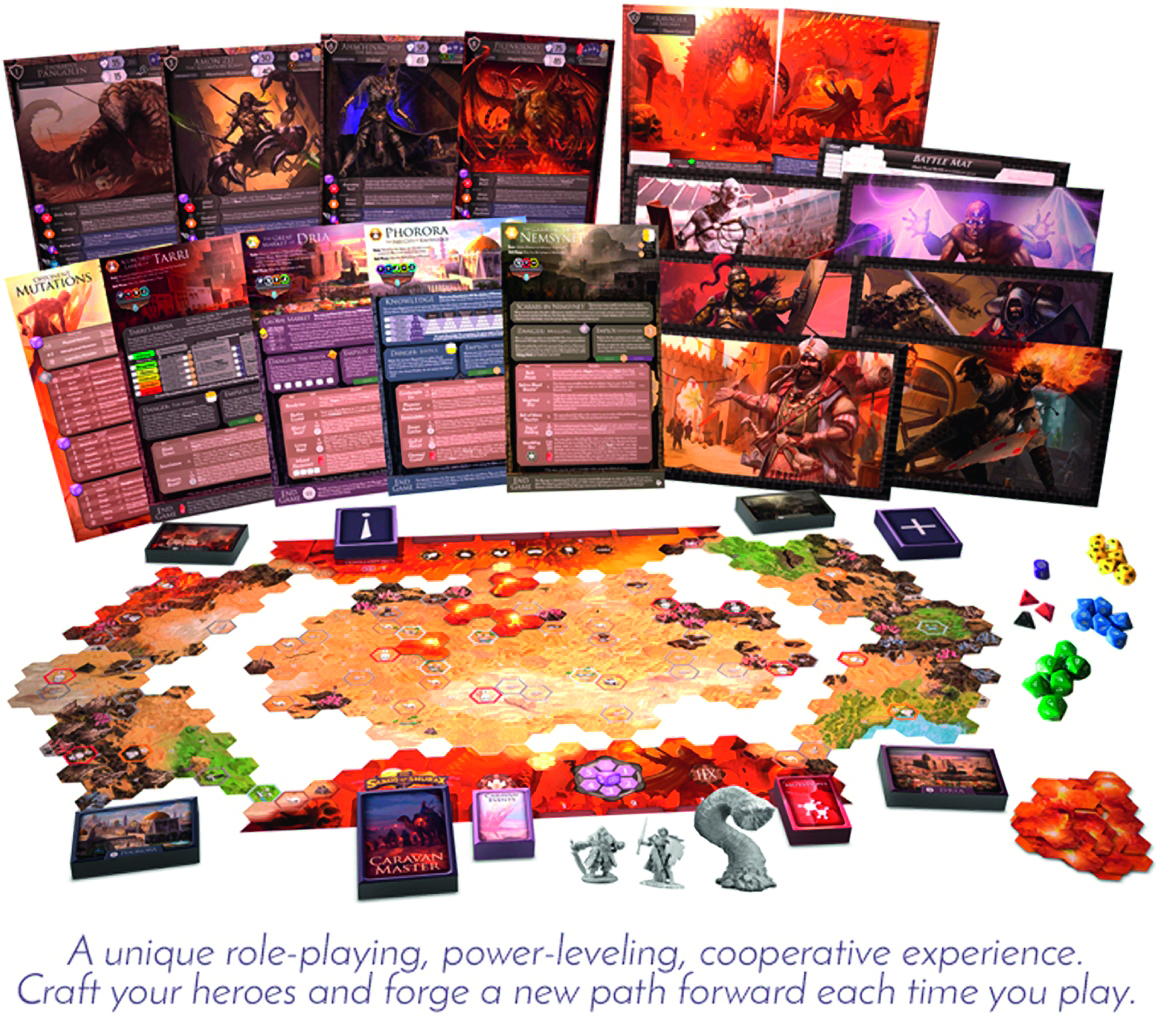