A lightweight Euro with a handful of clever interactions can often steal my heart. In Furnace we’re building a little economic engine using a weighted bidding process with the hope of becoming the richest entrepreneur around the table. The theme one of 19th century capitalism and factory collection.

Everyone picks a starting capitalist, each with their own amazing money-related power like getting slightly better compensation or an extra disc for bidding on companies. Players then set to work with their start up factory, a stack of bidding coins labels one to four, and take a player colour marker (lovely bits of wood, entirely used to remember what colour you are) and wait for the market to be dealt out. The market cards consist of basic companies for you to attempt to acquire using your bidding coins. Bidding works as you’d expect, a four is worth more than a one, so if you’re the player who put their ‘four’ coin on a company, then you’re going to be the owner of a shiny new oil refinery or production plant. If, however, you’re outbid on the card, you will receive a number of resources as depicted on the top of the card, multiplied by the number on your disc.

This compensation mechanic makes for interesting choices. Sometimes you simply want the resources, so plopping a ‘three’ token down on something you want resources from can be a good tactic to get a whole load of stuff… assuming you guessed it right, and someone puts their ‘four’ token down on the same card.

After players have taken all of their exciting new ventures from the market along with any resources they generated, they get an entire production phase to muddle through the powers in their tableau. If you get it right, you’ll be perfectly turning coal into steel and steel into oil, and oil into cold hard cash. Each factory can only be used once in this phase, so using them in the right order to pass the resources through and upgrade them as efficiently as possible is the best way of winning.

And all of these small tactical decisions happen over a mere four turns. It’s a fairly fast paced game past the initial teach, and each decision has a decent weight to it. While may larger games of this size swamp you in mechanics, offering you one hundred levers to create perfect control over your system, here you’re just trying to be optimal. The player interaction is classic ‘I wanted that’ stuff, but because the choices are meaningful to everyone, there can be legitimate frustration around the table. Throw in the minor asymmetry of the player powers, and you have a lot of interesting variation within the game.

Pared-back, streamlined, and efficient, Furnace offers a lot of interesting small decisions without getting bogged down in a Rube Goldberg Machine’s worth of rules, mechanics and caveats. A refreshing addition to anyone’s collection.

A dry theme that gets out of the way of light, interesting play that makes this an excellent introductory economic Eurogame. 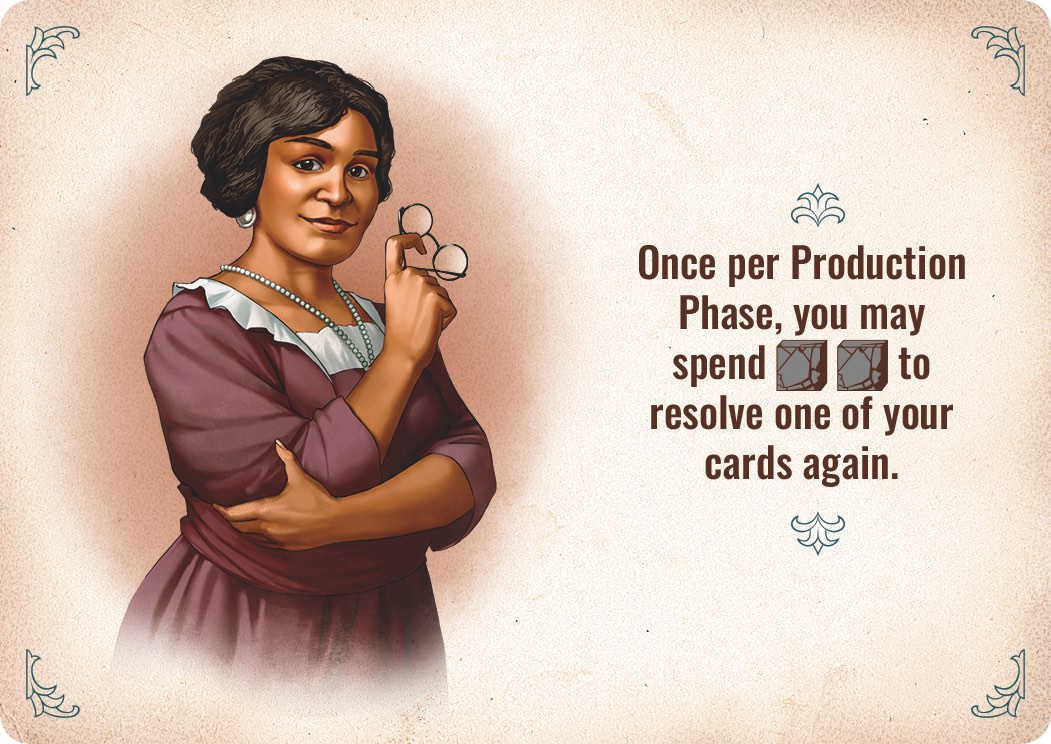