Putting the ‘Bit’ in ambitious

It makes sense that running a theme park full of prehistoric giants would be a headache. Your inner mad scientist will just want to resurrect that which time forgot, but when you factor in your accounts as well as health and safety regulations, it feels like bureaucracy killed the beast.

Dinosaur World is a park building Eurogame, where 2-4 players vie to become the most celebrated dinosaur park in the world, creating cretaceous creatures and balancing thrills and kills (after all, accidents will happen when punters meet pteranodons.)

Each game is played over five rounds split into five phases. Players will draft workers, putting them to work in public actions followed by private actions, leading to a Jeeple Tour of your parks before closing down for the day to tally your income (and fatalities).

Be advised that this is not a game for beginners to Euro-style games, in fact it may not be accessible even for players familiar to worker placements. The game indulges in excess, offering unique tiles with a variety of powers, which have to be considered alongside this game’s set of three randomized objectives, their positioning in your park and if it helps you create the point-earning dinosaurs. 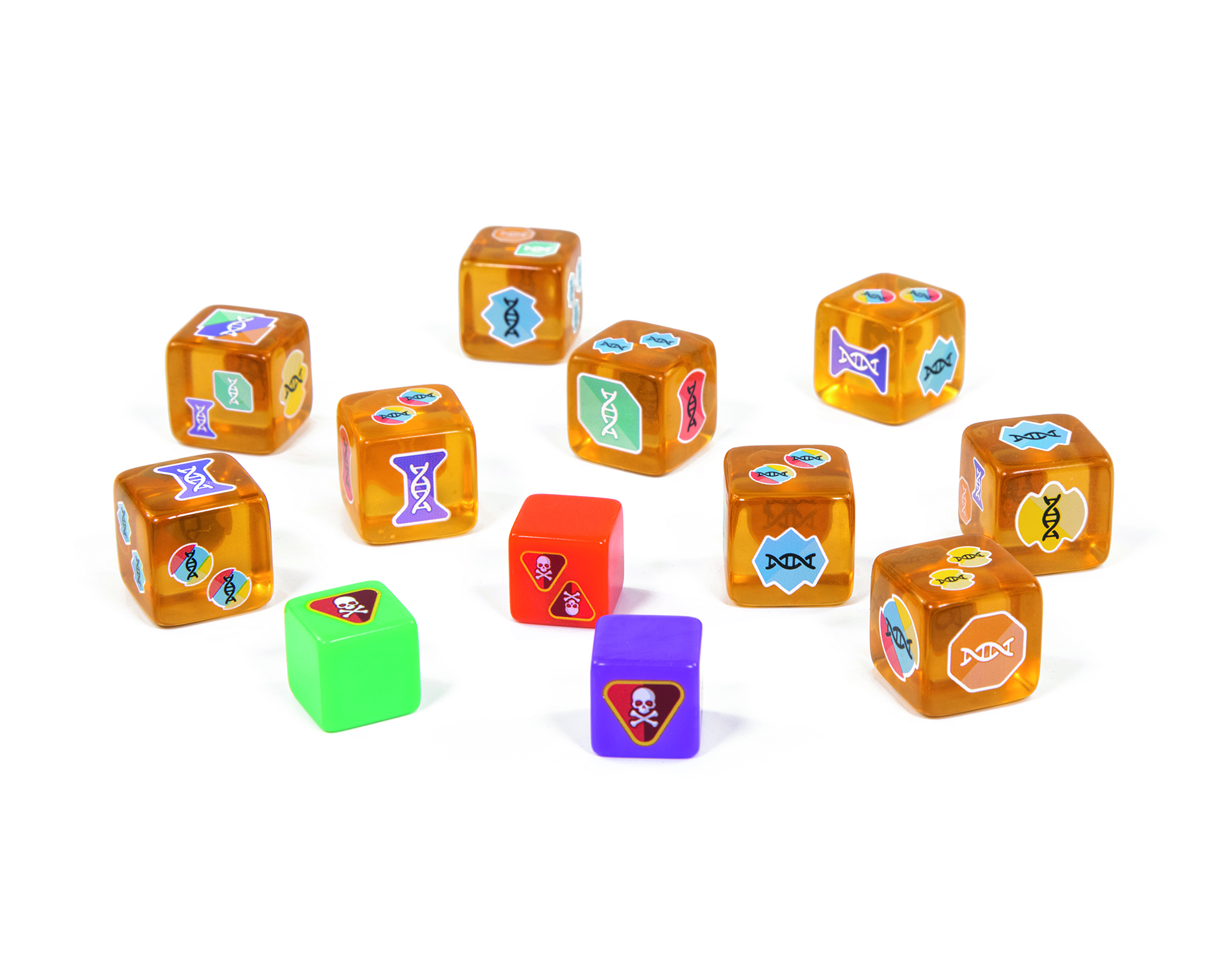 Every new feature for your park is printed on a hexagonal tile, which must be slotted into your existing park, following rules like “no dinosaur pens next to one another.” As tiles are only activated during the “Jeeple Tour” stage, putting aside the workers, cash or DNA needed to activate them another calculation to add to the heap of decisions, with one misplaced tile potentially sabotaging your entire game.

During the Jeeple Tour you must plot a route through your park with your Jeeple, moving from adjacent tiles to increase excitement. Remaining excitement converts to cash, so it’s crucial your park entertains, otherwise you won’t be able to afford new attractions. This is made harder with boredom tokens; every time you visit a tile, you leave boredom tokens that reduce excitement, with it possible to go into negatives and cost excitement to activate.

Having to strategically place a roller coaster so guests will be patient when going past goat pens on the way to the Tyrannosaurus enclosure is one of those absurdist moments of joy where the game rewards all of the stress and calculations. It’s just that the sheer amount of effort put into gaining that brief giggle is in no way equitable.

Dinosaur World demands so much from its players, whilst obfuscating the best way to win. With so many tantalising tile combos and synergistic routes, you’ll forget just how point weighty dinosaurs are until half the game has been played. I’ve also not mentioned the threat and security track, jeep upgrade slots as well as the DNA mixing spliced in from the previous game. There’s just too much stuff to keep track of.

The game’s visuals are also just as stellar as its predecessor, with the vibrant colours and funky plastic dinosaurs adding a lot of charm and pop to your tableau. In some ways, it’s deceptive in its colourfulness, as the amount of plates you need to keep spinning become easy to ignore when each looks so gorgeous.

This game either needed to be less weighty to fit the bright dynamics and route planning mechanic or clearer in its intent so players don’t spend hours of play with little to show for it. If you’re willing to make the time commitment to learn from past mistakes, Dinosaur World provides a dazzlingly beautiful but diabolically brutal game that can unlock your inner John Hammond.

If you’re prepared that it’ll take a few two-plus hour games to get to grips with and don’t freeze up under a mountain of decisions, Dinosaur World has some charming visuals and still delivers on the promise of running every aspect of a dinosaur park.

TRY THIS IF YOU LIKED Suburbia

Ever played Suburbia? Try it out here!

Hexagonal tile management may not have that many titles to choose from, but for those who wanted to get right down to micromanaging their communities may prefer the more bitey nature of Dinosaur World. 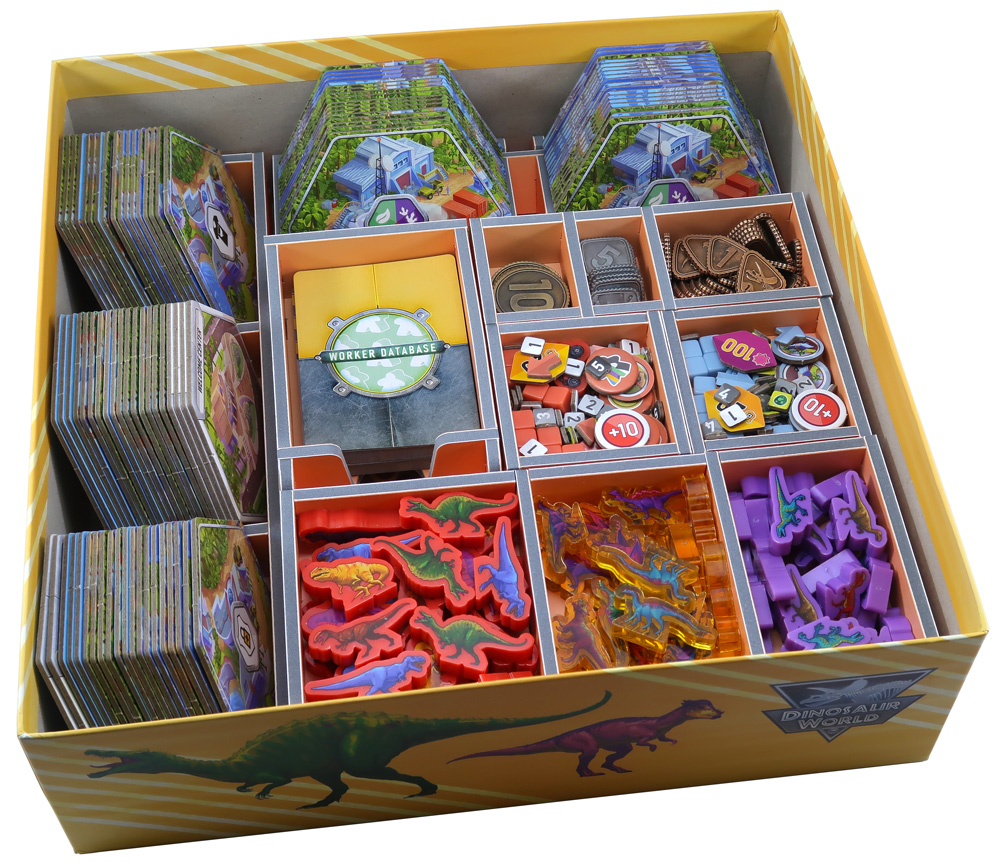