Now for Peer Sylvester's next trick...

This article originally appeared in issue 63 of Tabletop Gaming Magazine. Pick up the latest issue of the UK's fastest-growing gaming magazine in print or digital here.

At first glance, you’d be forgiven for thinking Peer Sylvester’s Brian Boru is another new take on his 2007 debut King of Siam, which was recently re-reskinned as The King Is Dead Second Edition. After all, both titles involve a historical map-based board (Siam/medieval Britain and Ireland circa 1000 CE, respectively), area majority, wooden discs and card-driven actions. However, Brian Boru does something very different with its card element – though no less innovative than the King games’ tense, hand-burning system. It just involves one potential mechanical hurdle: trick-taking. 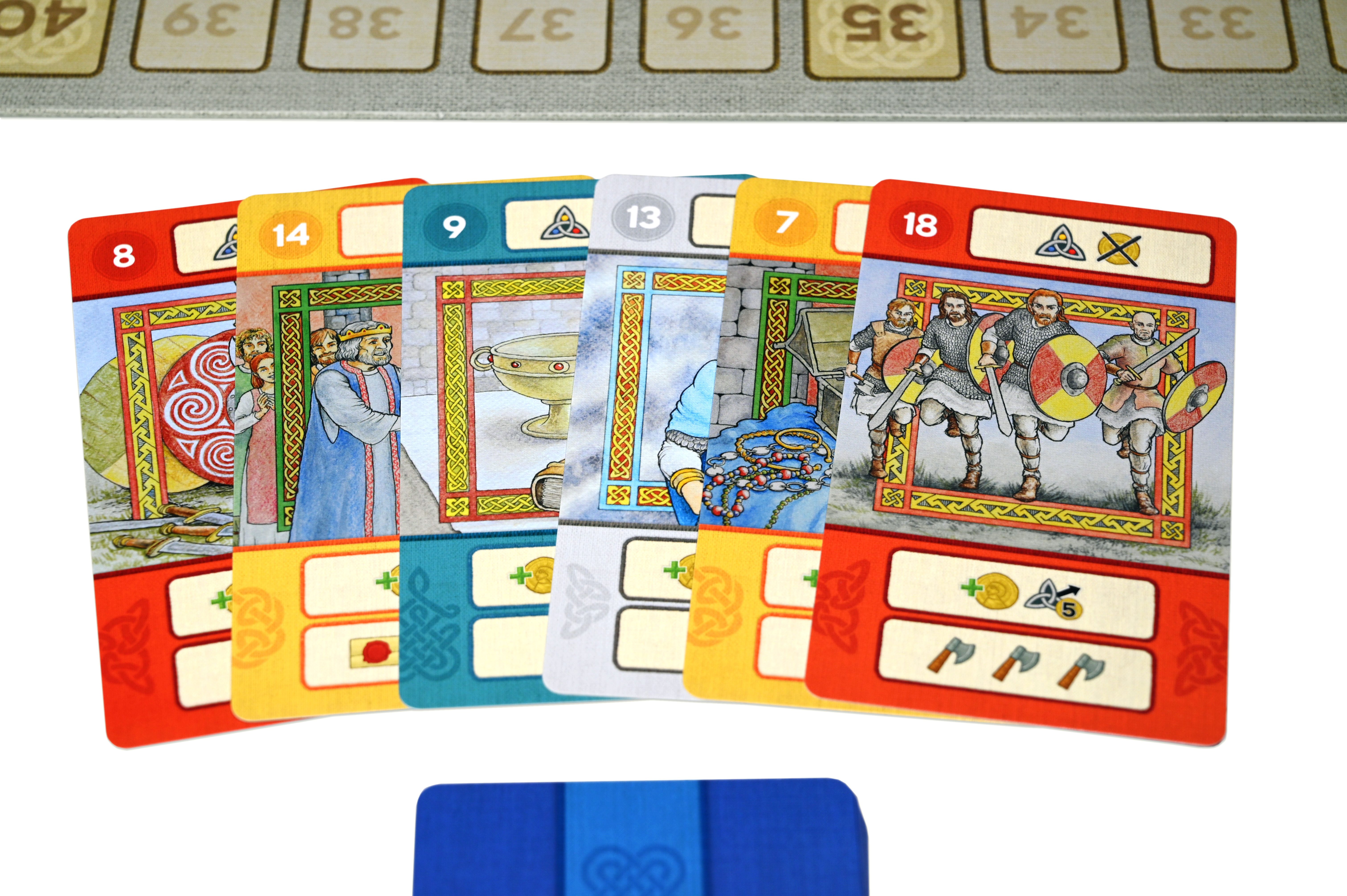 For some (this reviewer not included, for the record), trick-taking can be an instant turn-off: a dusty, hoary mechanism that should have been retired from the game-design arena years ago. Pick a suit; all play a card; the highest number wins. Rinse, repeat and yawn (supposedly). But just as we’d say, “Don’t let your aversion to trick-taking stop you from playing The Crew” (a super-neat co-op spin on the genre), we’d like to make it clear that if you ignore Brian Boru because you’re trick-averse, then you’ll be missing out on a huge treat.

Each player is an Irish noble seeking to unify their divided nation before it’s overrun by Vikings. The core of this effort, obviously, is territorial acquisition. So each turn, after hands are drafted, the active player chooses a town for everyone to squabble over. The colour of that town (red, blue or yellow) determines the suit for the trick, and the winner of the trick seizes the town – at a cost that neatly decreases the lower the number they won with.

But it’s not nearly that straightforward. In Brian Boru, winning tricks (and thereby towns) is almost incidental to the true meat of the game, which requires a series of very tactical defeats, at least as far as the trick-taking goes.

You see, grabbing towns is only one way to secure power. You’ll also need to defeat Danish invaders, butter up the clergy and secure political alliances by marrying off your kids. Oh, and filling up your coffers is handy, too. To achieve all those things, you’ll need to take card actions (a choice of two per card) that are only made available when you lose the trick. Either by throwing down a card that’s out of suit (blue for the clergy-buttering, red for the Dane-bashing, yellow for the matchmaking), or just hoping it’s a low enough number. 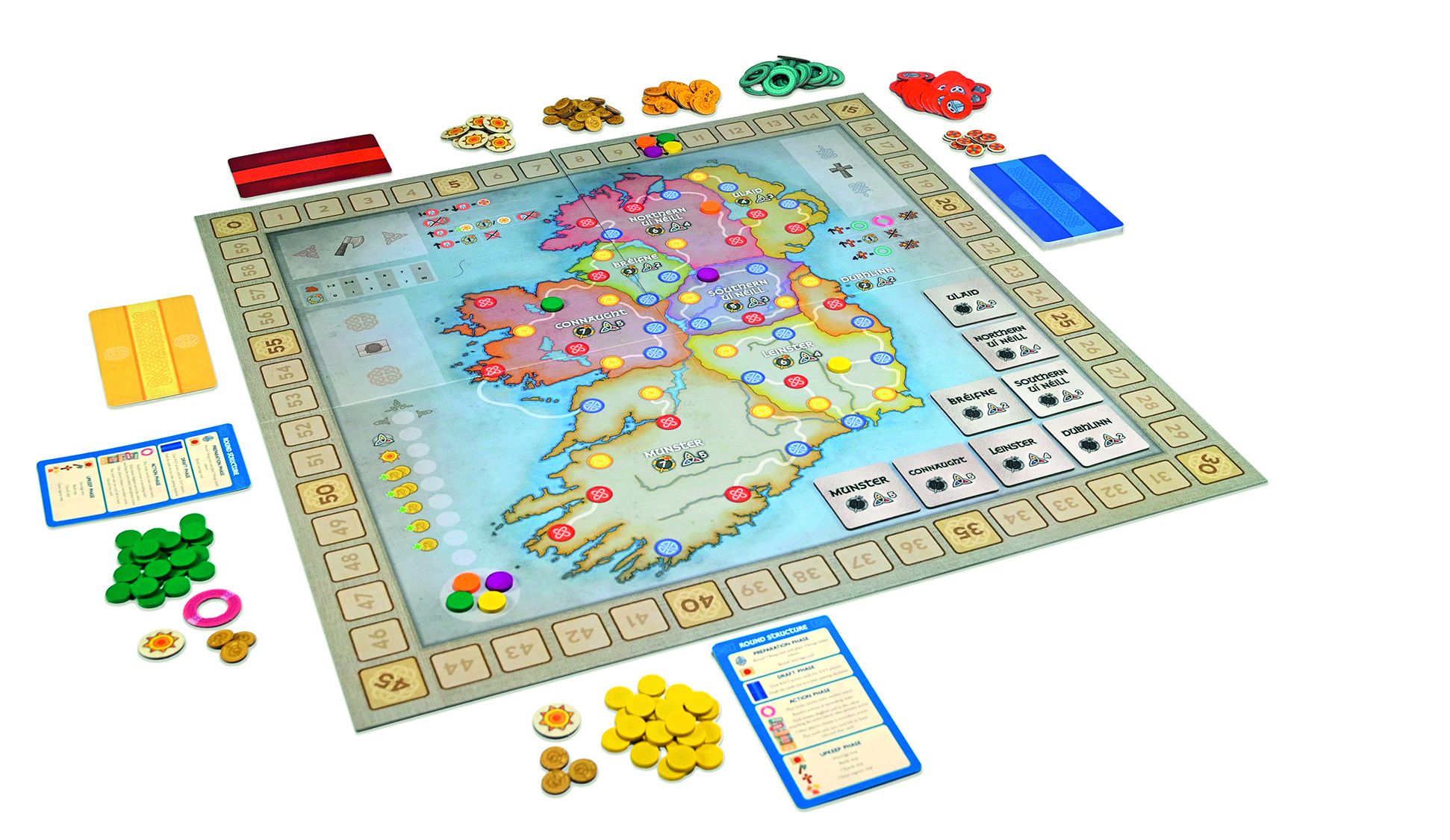 Even if you’re really land-grabby, losing tricks can still help, by allowing you to seize an adjacent, road-linked town at a cost. Though you’ll need to be careful. If you’re short of gold, you still have to pay in victory points (two per coin), meaning short-term gains can often spell long-term losses.

Sylvester has crafted a game which gives you plenty to think about without heaping on complexity. To win, you’ll need to stay sharp and attentive throughout and, as in The King is Dead, every play of a card has impact. That said, the fact that losing tricks is often the best course removes a lot of pressure, adding to a strong, turn-by-turn sense of satisfaction. It is rare you’ll come away from a game of Brian Boru feeling frustrated, even if you ultimately lose. It might even, dare we say, change your mind about trick-taking.

A super-smart and joyful implementation of trick-taking, with a rich historical setting. Our only criticism is it lacks a two-player mode.

It’s a bigger game with deeper decks, but no less tight or enjoyable than the title that put Sylvester on the hobby map. 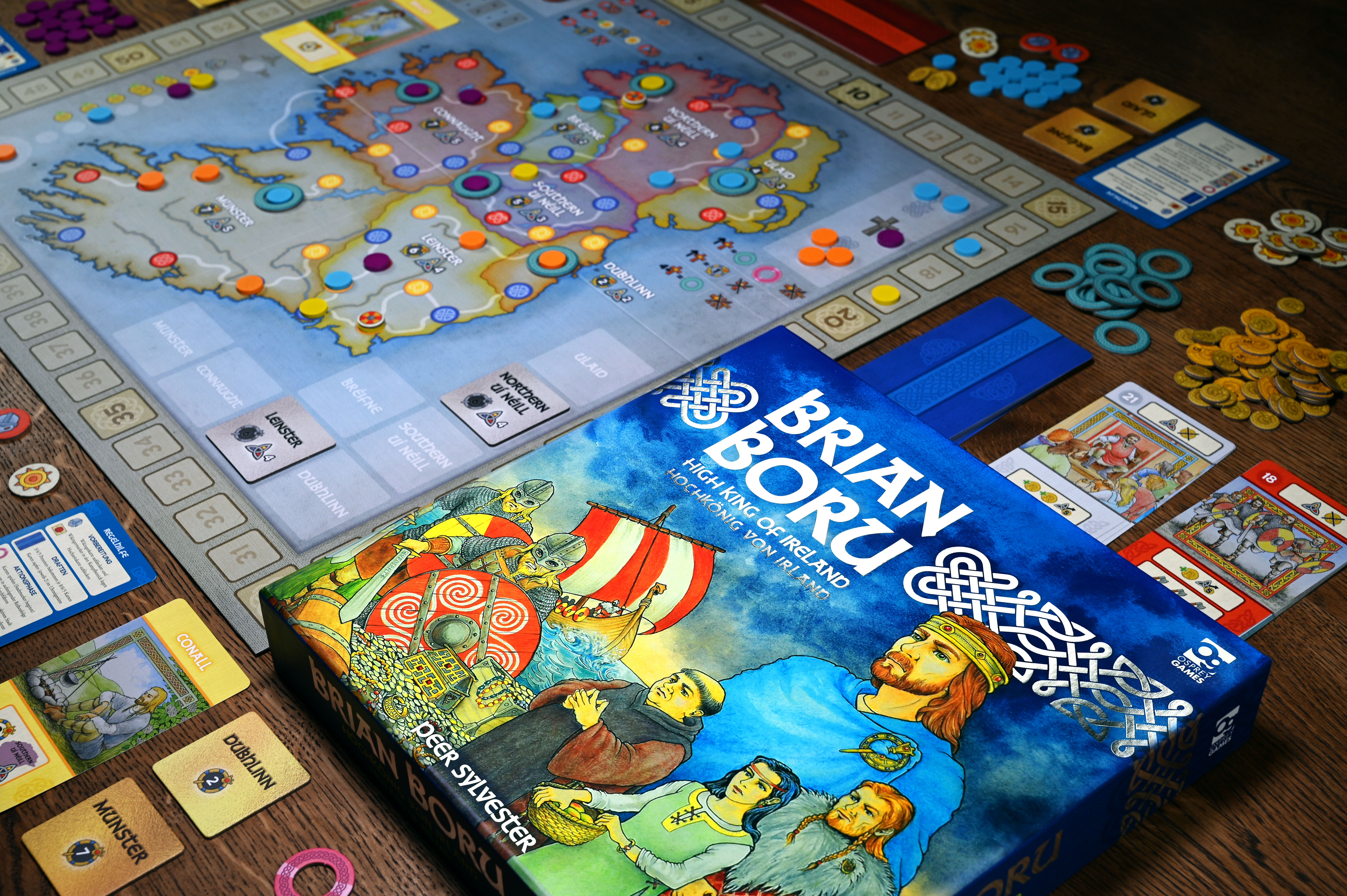