Bears vs Babies is covered in fur. Thick, luxuriant faux fur that covers almost the entirety of its packaging. You’ll end up stroking it, it’s inevitable. As with the meowing packet of its creators’ enormous debut party hit, Exploding Kittens, this is a box that knows how to make an introduction. Unfortunately, Bears vs Babies turns out to be all fur and no stuffing.

At first, it seems there's a slightly deeper card management game here than in Exploding Kittens' 'Russian roulette but with cards' premise. Players place down cards to stitch together Frankenstein creations from a mixture of animals, machines and indiscriminate bits of don’t-think-about-it-too-hard. Each starts with a head – be it a shark, mantis shrimp or uni-pug – and can gain a torso, arms and legs, plus tools, building up their strength using a very simple system where each additional card increases the creatures’ overall strength or – more rarely – adds a special ability.

The illustrations of Matthew ‘The Oatmeal’ Inman are fittingly icky and giggle-inducing in equal measure, especially when it comes to the growing armies of babies in the centre of the table, which form an absurd force of flabby and wide-eyed horrors. It’s hard to forget the Portuguese man o’ baby or the surreal fake baby made of a watermelon with cutlery limbs as they prepare to do battle across land, sea and sky.

Unlike Exploding Kittens, which began as a generic card game before being clad in its now iconic feline dressing, Inman and his co-creator Elan Lee originally came up the design for Bears vs Babies based on Inman’s illustrations. It shows – it doesn’t take long for the humour to lose its sheen, revealing the flimsy gameplay beneath. 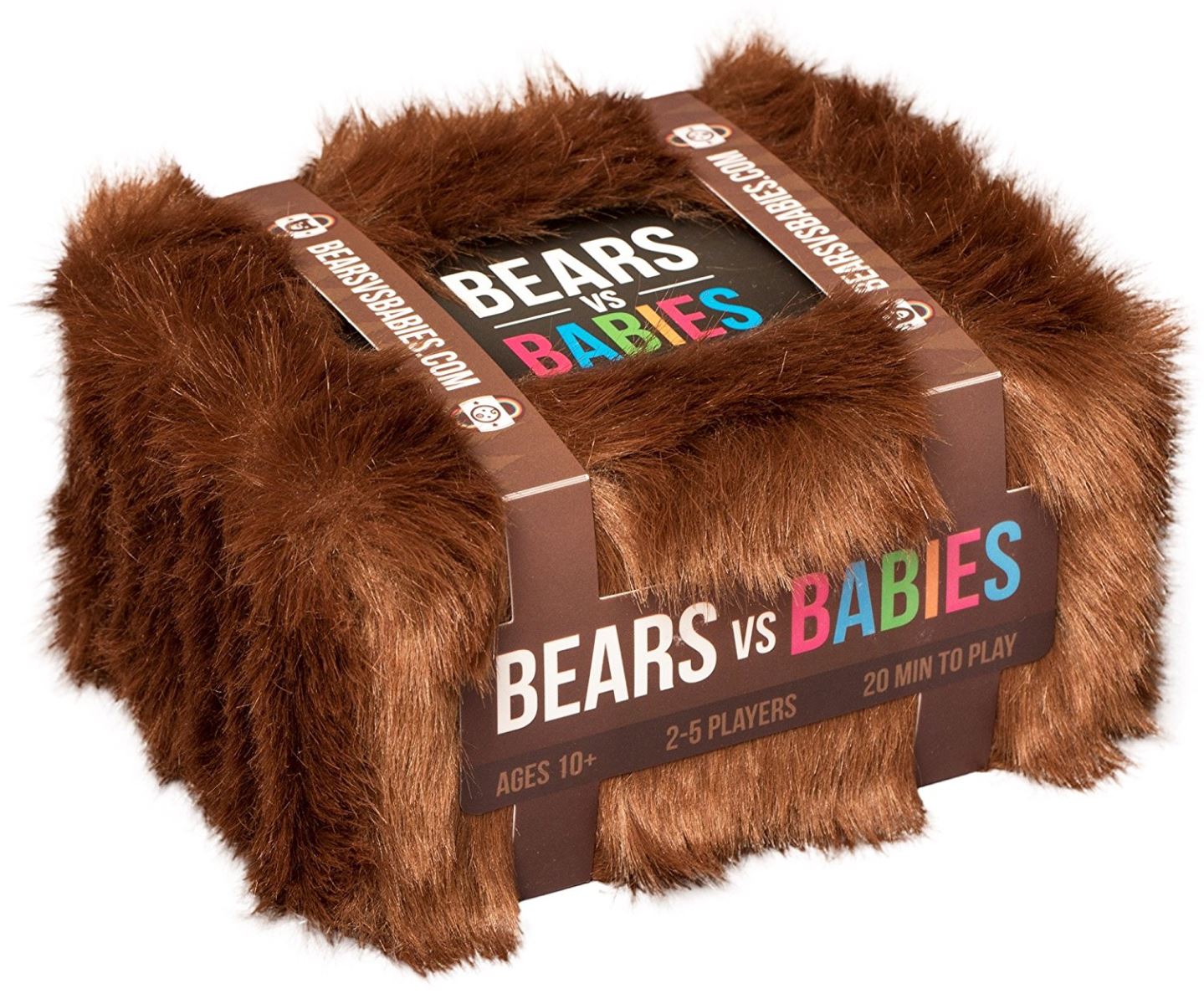 There's just not enough to stop going on to stop the game's otherwise sound concept of building funny monsters from coming apart at the stitches. Past an initial titter at some of the cards, the game is all but devoid of laughs as players yawningly either draw cards or add one or two appendages to a creation each turn. With so few of the cards having a distinct power beyond extra strength, it's a lifeless affair as you bide your time before provoking one of the facedown piles of babies in the middle. Win or lose, all players’ monsters are sacrificed, meaning it can be beneficial to send a force of infants at your unprepared rivals and claim the points – and frustrating to have to slowly rebuild your army from scratch if you’re wiped out.

The limited pool of actions is too restricted to offer meaningful decisions, while the languorous pace means means Bears vs Babies never gets close to the frantic speed of Exploding Kittens, a shallow game that nevertheless thrived on the fact it never outstayed its short welcome.

There’s not enough strategy to make the placement of monster parts work in a satisfying way, resulting in an outcome still largely dictated by luck of the draw – a weakness highlighted by the ability to pick up a specific card from the discard pile, which comes across as a tacked-on solution rather than a meaningful gameplay element. The comic elements end up straining too hard to prop up the lacking gameplay, scattering too widely compared to the feline-focused jokes of Kittens to hit with enough force.

Both Bears vs Babies’ hairy packaging and quirky personality quickly begin to moult, leaving behind a bare card game that feels like a stitched-together experiment rather than a loveable oddity.

The artwork is amusing for a few minutes and the concept at its heart might seem fun, yet Bears vs Babies falls flat on its face when it comes to gameplay – despite the efforts to bump up the complexity from Exploding Kittens. It’s a disappointment through and through.