Here's what you may have missed

After a few crunchy games in the last few weeks, we're heading for the lighter side! Enjoy expansions, standalone sequels, and reprints this week, with some final options for print-and-play fans, and if you like an escape room, try escaping this one...

The Dying Earth was a world created by Jack Vance, telling of a fictional future at the end of the world, where magic is indistinguishable from technology, and this Kickstarter funds the production of a deluxe box set, which is fully licensed. It will include everything you need to get started, plus six new adventure modules to get started in this world– though you will need to own a copy of the Dungeon Crawl Classics RPG to lay the foundation. 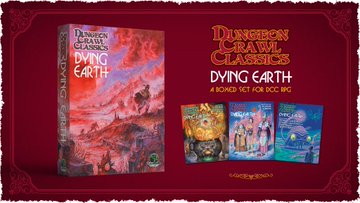 Where is it? Three books, a map, and more available over on Kickstarter

Villagers is back on Kickstarter, now with a brand new expansion. This is a card drafting, village (tableau) building game, that sees you trying to create the best village you can from the cards available. We rated the original game a must-play, and the new expansions brings additional modular options, including a new solo mode, a new suit, additional cards, and seasons cards to be placed within the stacks above the road. Charlie described it so far as 'More of what we love about Villagers', and you can see her explaining some of the original, and the expansions changes, below.

Where is it? How will your village look?

Battle wizards are back in this deck building game, with new wizards, spells creatures, and treasures – plus infuriating Dead Wizard Tokens and Mayhems, and some new twists – including Nacho Power Chips, of course! It's a standalone game, but is compatible with its predecessor 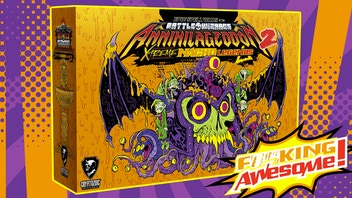 Where is it? It's time for extreme nacho legends

A standalone sequel to Tranquility, this is a cooperative game where you're going to work together to scale the mountains before your time runs out. You'll create a pyramid shaped grid from the base to the summit, but must lay your cards carefully, as it won't always be straightforward to do so. 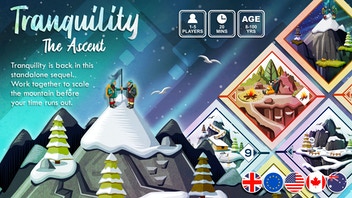 When does it end?

Where is it? Could this be your Everest?

If you like Roll & Writes, and you also happen to like 80's video games, this may well be the Kickstarter for you. As part of their 12 months of 12 games, this brings you Summer – three role and writes, consisting of 1942 Flip Roll & Write (SmamS Games), Operation Basterds (Maso Games) and FRoGGo (Zularys Games). 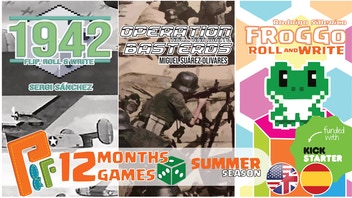 Where is it? Write this one down!

Escape rooms can be great fun, and there have been some fantastic translations from the real room to the tabletop. This offers a two-part challenge, with each part a collection of five stories, as you'll assume the role of a character trying to escape the North Oaks asylum, solving puzzles, making decisions, and revealing the story as you play. 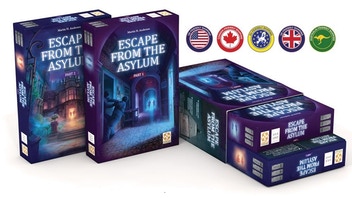 Where is it? Can you escape?