As spring begins creeping in, here's what you may have missed from Kickstarter this week!

If you're looking for a peaceful game, I can't think of a topic better than tea, and this game of artisanal tea blending is an elegant card game about blending, selling, and trading loose leaf tea. With beautiful illustrations for the teas – such as the chamomile plant – it's pitched as a low difficulty game where sharing and cooperation are integral to success. Perfect to play whilst sharing a cuppa with friends. 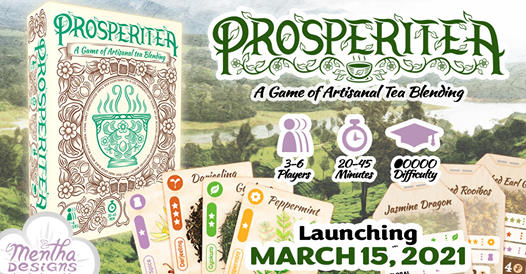 Where is it? Just don't put the milk in first

A 4X based board game, this is based on the PC game you may be familiar with. With two hours of exploration within game, and infinite replayability, this is a great way for you to play the game you love on tabletop - or discover it new! You'll be expanding your civilisation over multiple games for new mechanics, whilst using a variable tech tree to research, with thousands of customised empires to play, and hundreds of story paths to explore. Plus, with higher pledges, you'll be able to unlock a higher player count. 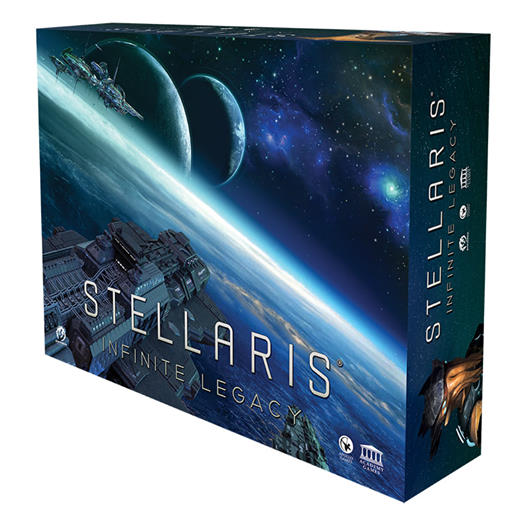 Where is it? Discover everything the universe has to offer

With the success of RPG translations from popular media (immediately considering Alien, Hellboy, Judge Dredd, but of course there are many more), it almost seems surprising Terminator hasn't received it's on RPG before. This Kickstarter is based on the 1984 film we all know, but you can play as a range of characters within its world - rebel time travellers, natives of a historical time period targetted by Terminators, etc. The game uses the Nightfall Games' S5S system, a D10 based rules system. There's a quickstart PDF available if you want to try it out before you pledge. 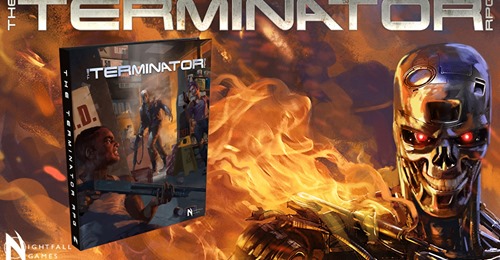 What’s the pledge to get a copy? $40 for a hardback core rulebook

There have been some amazing RPGs for Mork Borg under its community, and this looks to be another! This is a third party zine, which is an apocalyptic adventure sending PCs to the morgue in the Valley of the Unfortunate Undead to free trapped souls from a wretched existence. 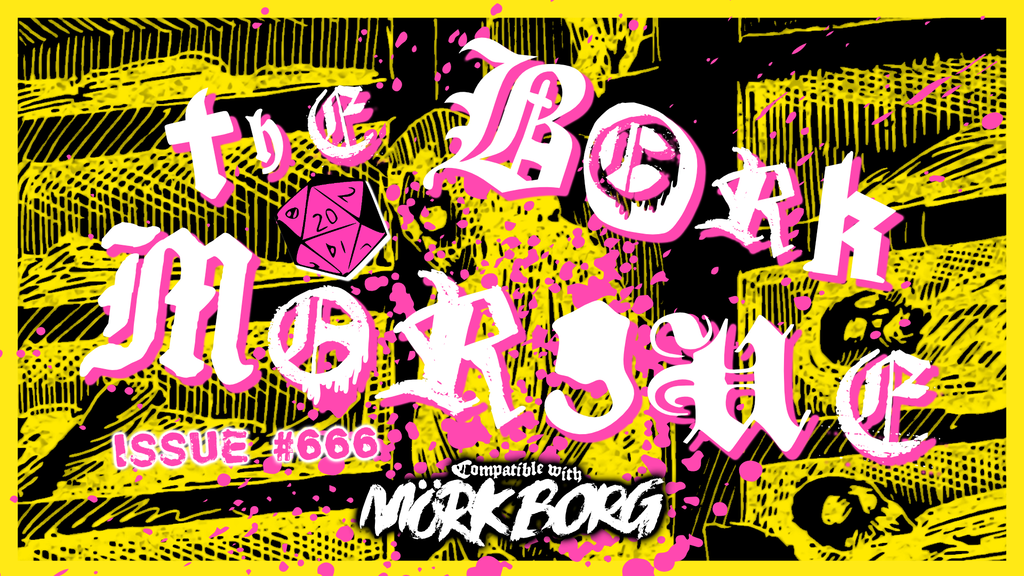 Where is it? A new zine stolen from a morgue and reanimated. This may not be true...

A LOT of games bundle: print&play

Sometimes there's a limitation in what you can play based on the language it's published in - well, no more! This Kickstarter is raising funds to create English versions of Print and Play games they've designed, letting you get a whole pack (or, as the title says, A LOT) of print and play games in one single pledge. 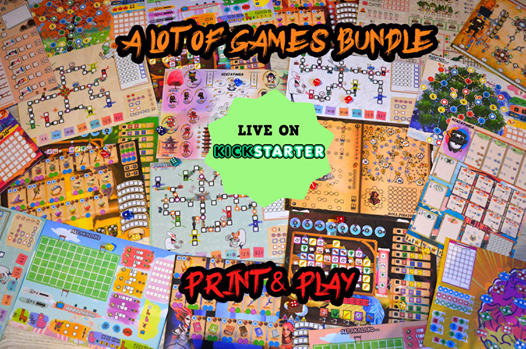 Where is it: Pop the printer on, you'll find this Kickstarter by clicking here

From an orc painter to vampire gossips and more, this is a collection of interesting colourful NPCs for your D&D game. This softcover book gives you vivd characters, some whimsical, some dark, but certainly ones you won't forget. 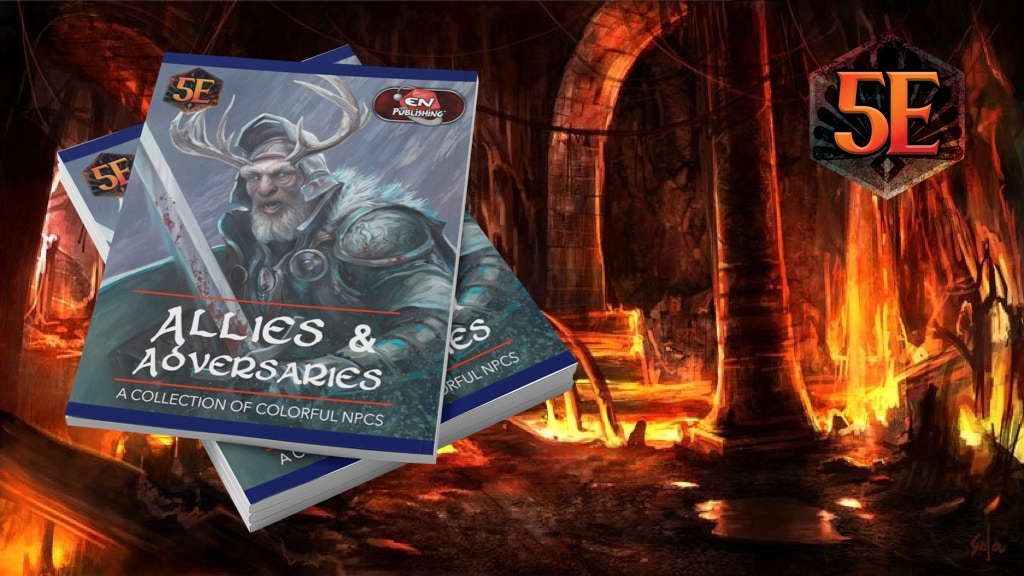 What’s the pledge to get a copy? £20 for the softcover

Where is it: Find your new NPC

Am I adding in a Gamefound project into a Kickstarter round up? Certainly! As more games are going through Gamefound, we're bound to see more and more from it. One such on there at the moment is Monster Invasion, by Petersen Games. This gives you the opportunity to pick up four monster games, two at $25 (Invasion of the Brood, Potions & Profits), and two at $40 (Marry the Monster, and Evacuate), with an all in price of $89. Plus, in an unusual twist, you can pay $188 for all for games, plus a 90 minute Zoom Game Design Workshop, where you can interact with all of the designers of the included games. 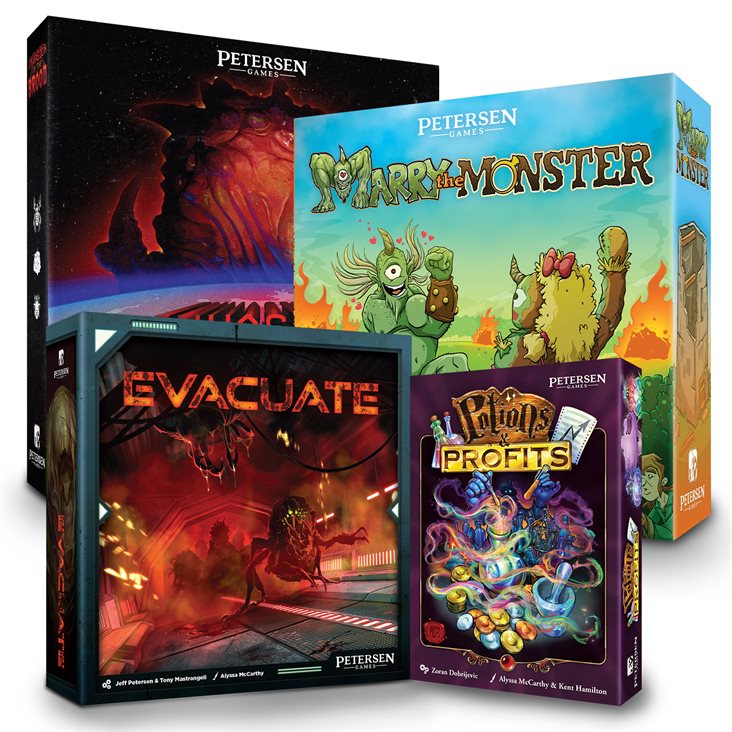 Where is it: It's a Monster Invasion!