Reaper Miniatures are asking gamers to help them raise funds to combat the wildfires currently tearing through Australia. As part of their Bushfire Relief Fund, Reaper are donating $7.50 to RSPCA South Australia for every purchase of one of their Bushfire Relief Miniatures. Along with donating the production and tooling costs, Reaper has already donated over $10,000 (USD) to the RSPCA to get things going. At the time of writing, the company has raised $17,820, with a stated goal of raising $25,000 in total.

“We've all seen the devastation that the bushfires have caused in Australia,” says Ron Hawkins, Art Director at Reaper Miniatures.  “In addition to the massive loss of wildlife, Australians have lost their lives, their homes, their livestock and their natural habitats. You can't go a day on social media or news sites without seeing heartbreaking images or videos of the tragedy these fires have caused. Those affected by the fires have suffered terribly and recovery will be very long. We're hoping with this fundraiser that Reaper and the tabletop and miniatures community can help ease the suffering, even if it's only a little bit.”

“We have a huge base of friends, fans and customers in Australia. One company that we're very close with is Victoria Miniatures, run by the talented Victoria Lamb. Victoria's home state is South Australia. Being from that area, we asked for her guidance and she suggested the RSPCA, although there are many other worthwhile charities supporting animals, firefighters, and those affected by loss of life and property.”

Victoria miniatures is also running its own bushfire campaign appeal, which will soon be coming to a close. For every purchase of the Kangaroo APC (pictured), Victoria Miniatures will donate $50 USD to the South Australian RSPCA Bushfire Fund. 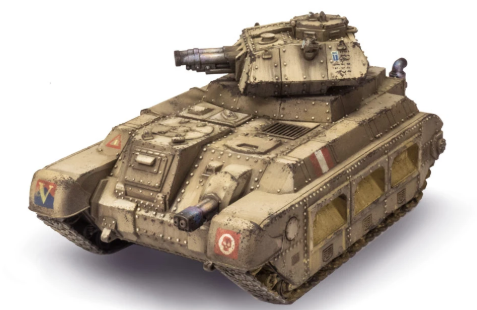