Prepare for a bruising from Avatars of War's new Spearback Lizard! Prepare for a bruising from Avatars of War's new Spearback Lizards!

In the jungle, the mighty jungle...

Something’s crawling out of the undergrowth courtesy of Avatars of War. Mounted on a 40x40mm base and sculpted by Richard Sweet, the new spearback lizard is a quadruped that could potentially make a nice edition to an Aelves or Seraphon army (aka Dark Elves or Lizardmen, as they used to be called.) It may just be me, but it also reminds me a bit of the Ravenous Cyrstal Lizard from the videogame Dark Souls 3.

According to the webpage, the design is meant to echo the fact that it can not only use its spikes to generally put the hurt on anything that happens to be within striking distance, but also shoot them at targets out of clobbering range.

Avatars of War are a miniatures company based out in Spain (a country that always surprises me for the strength of its hobbying scene – I guess I’ve just always associated wargaming with places where the weather’s often damp and it’s better to stay indoors gaming) that produces a range of fantasy figures in resin. They’re also basically the official sponsor of the 9thage, a fan-created mass-battle ruleset that players of Warhammer Fantasy Battles created after Games Workshop blew up the Old World and replaced it with Age of Sigmar. For this reason, their miniatures are based on square bases rather than round ones, to allow units to be aligned in ranks. (The website also has links to PDFs for 9thage rulesets.) Their big focus is on doing miniatures for Chaos (obviously not called Chaos, but hey, let’s not kid ourselves), dwarfs and elves. They do a few human sculpts as well, in addition to other fantasy races like orcs and beastmen.

The company is run by Felix Paniagua, a wargaming veteran who’s worked for 10 years in the industry at Games Workshop and Privateer, amongst other places. 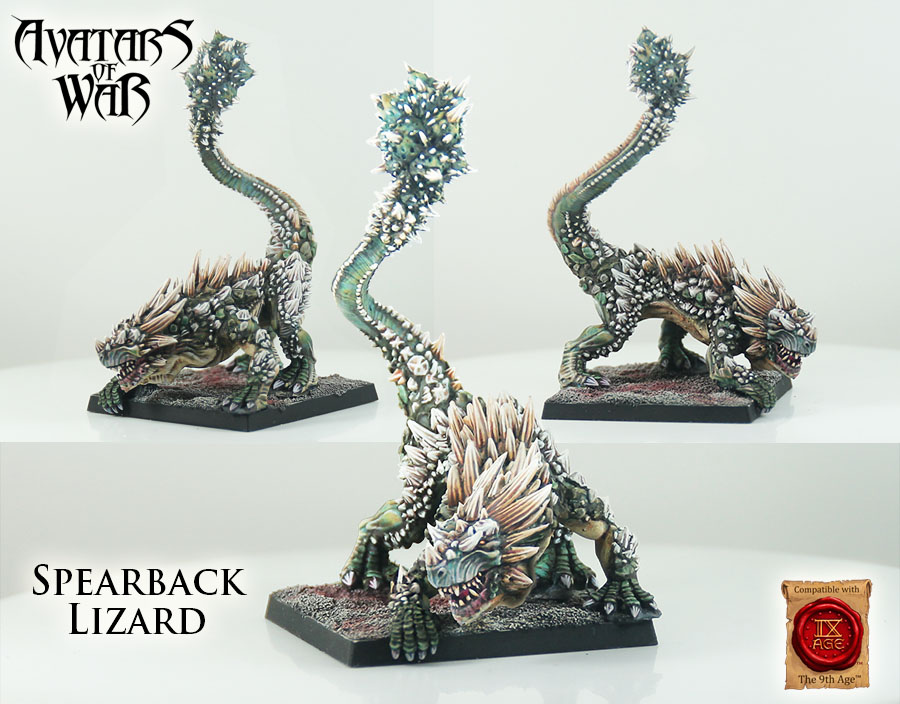