Tanks for the help!

Those who dream of war may want to check out a powerful new engine of war currently in the works on Kickstarter.  Dreamforge Games is raising funds for the new ‘Grav StuG’, a floating, retro-futuristic tank that looks like a mix between a German Panzer and Games Workshop’s Primaris Repulsor.

Gamers will probably know Dreamforge as the makers of the Eisenkern, a range of hard plastic sci-fi soldiers rocking a very strong ‘Jin-roh: The Wolf Brigade’ look (in other words, Space Nazis.) Sci-fi Pseudo-Krauts are a popular theme in wargaming, from the Steel Legion and Death Korps of Krieg to the – now sadly no longer in production – greatcoat shock troops from Wargames Factory (look them up if you don’t know what I’m talking about).

The tank is obviously designed to fit in with the rest of the Eisenkern range, and is equipped with a short-barreled main gun, smoke greande launchers and a pintle-mounted heavy machine gun near the pilot hatch. It’s 1/56 scale and would work alongside most 28mm miniatures.

As can be seen from the concept art pictures below, the early design for the Grav StuG looked like a much more straightforward tank with tracks; in addition to the anti-gravity machinery on the side, the end result is a far more bulky piece of kit with much more armour plating. 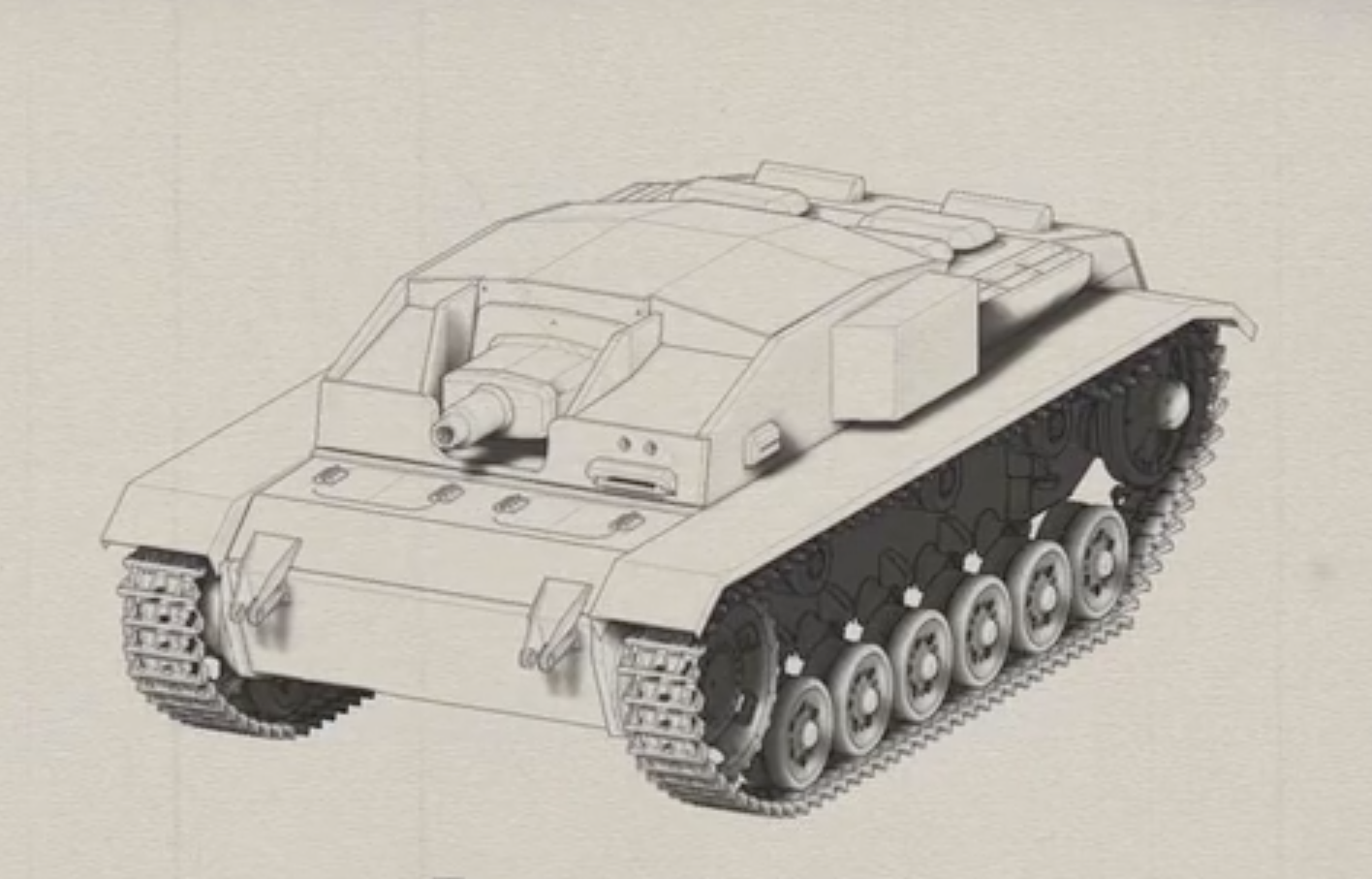 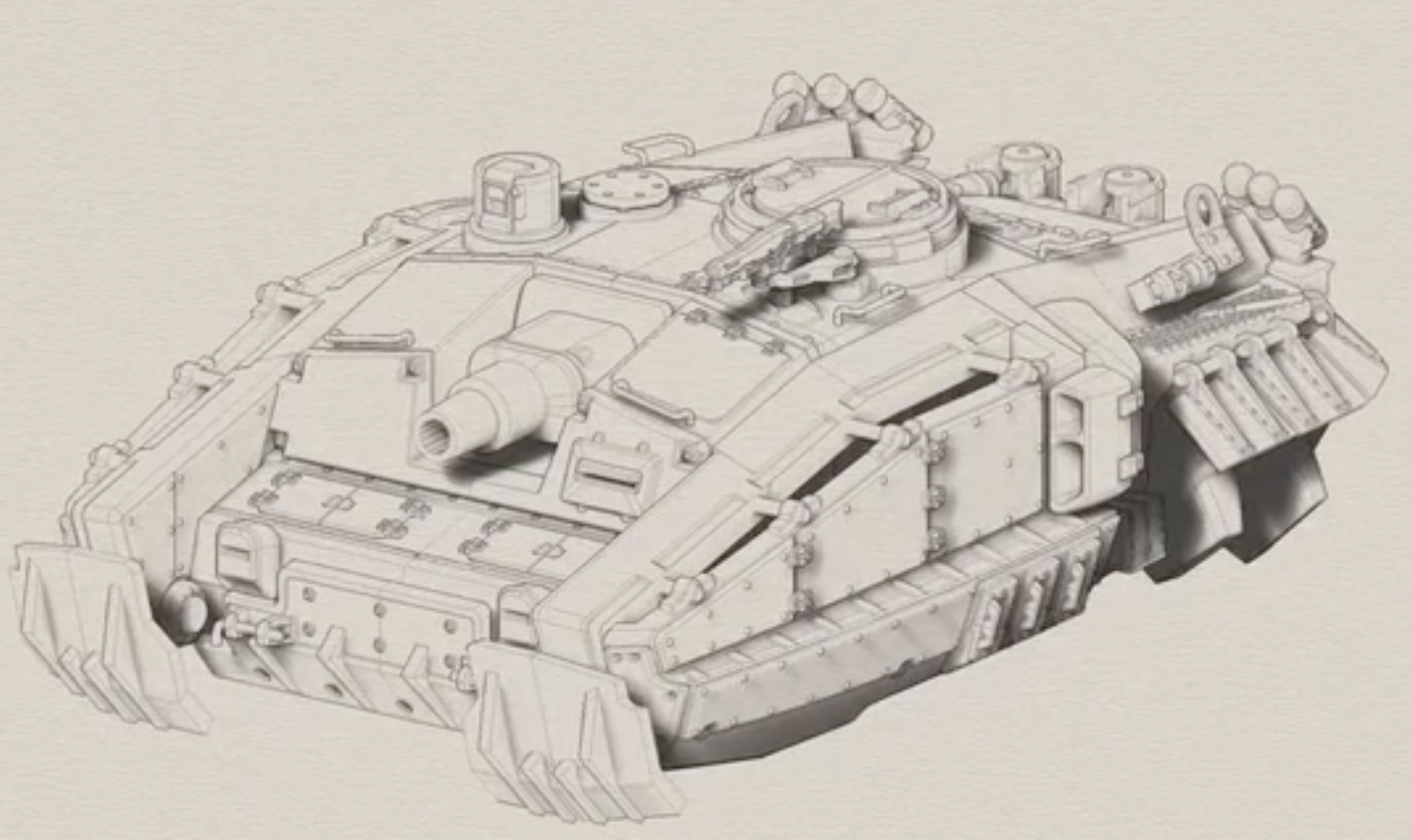 The Kickstarter differs from other miniature-orientated campaigns in that it’s focused entirely on producing this one vehicle.  However, the hope is that that the model kit will include several optional gun barrels, and Dreamforge are also looking to release STL files for modular scenery for those gamers owning a 3D printer. 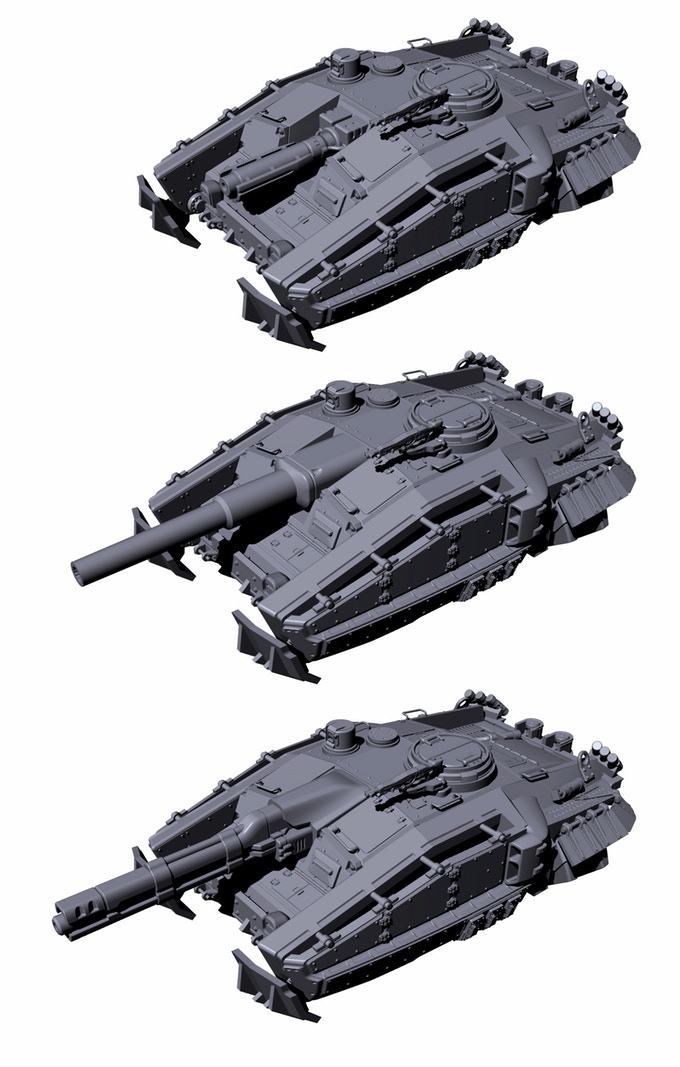 The kit is being manufactured in hard plastic in China, from where orders will be fulfilled directly. It’s definitely a Kickstarter-exclusive kind of project, as it will only have a small production run and retail copies are expected to be extremely limited. Hobbyists wanting to get their hands on one, then, will need to jump on board whilst they still can.
According to the Kickstarter page, at the moment Dreamforge are hoping for a shipping date for the Grav-StuG of August 2019.  Here’s hoping we’ll be seeing these bad boys roll of the production line!