Ooh they'll send you down to war

Films like Platoon and Apocalypse Now successfully captured the fact that the Vietnam War was generally a crapsack affair for all involved. What they missed noting, however, was the presence of Kalashnikov-wielding fish-men and gigantic red bugs that made the proceedings that much worse. Perhaps this is what Kurtz meant when he uttered, ‘the horror… the horror…’

Sticking to the age-old adage, ‘if at first one doesn’t succeed, crowdfund the sucker again’, Canada-based Crucible Crush have relaunched their Black Sun skirmish game on Kickstarter after a previous attempt failed to raise the necessary amount of dosh. Looking to raise C$ 30,000 (around £18,000), the game pits the original belligerents of the Vietnam War against various beasties and creepy crawlies in an alternate jungle dimension known as Black Sun. The rules are currently in Alpha for playtesting, and at the time of writing the campaign is just shy of halfway funded.

Not surprisingly, the two main human factions are the US Army and the Viet Cong. Both sides are equipped with the arms and armour of the period, and the miniatures would make good figures for regular historical games. 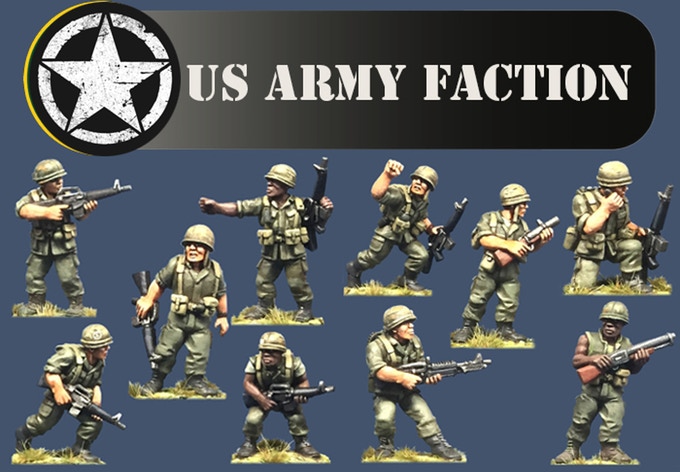 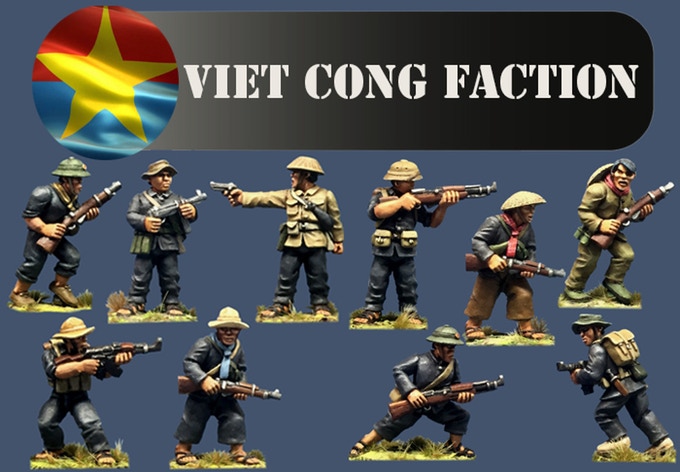 Next up are the Fury Bugs. There’s not much to write here about these guys; they’re straight-up big ass bugs! They do bear more than a passing resemblance to the Ohmu from Nausicaa and the Valley of the Wind, however. 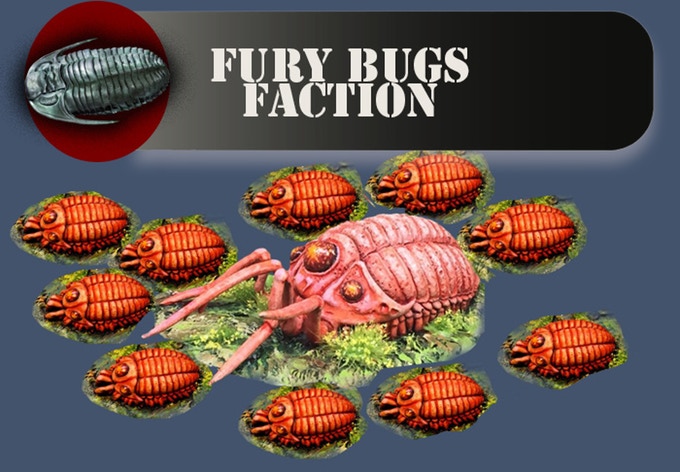 Then there are the Deep Ones (called the ‘Adaro’ here) who’ve managed to get their hands (well, webbed claws) on some modern weaponry. Whilst the AK-47s tie the figures to a post-WW2 setting somewhat, the rifle-wielding variety could easily be used in any Pulp-era Lovecraftian Skirmish or RPG game. 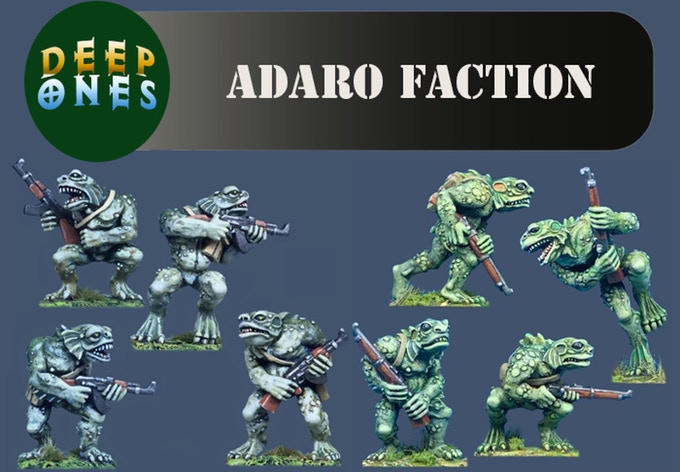 The Golem revolves around its titular monstrosity; a supernatural freak event in the Black Sun, the Golem is described as a being of pure energy able to animate organic and inorganic matter. The Golem itself (currently just a greenstuff sculpt) is a three-legged amalgamation of plant matter, weaponry and human corpses, and will be followed by a number of zombie figures. 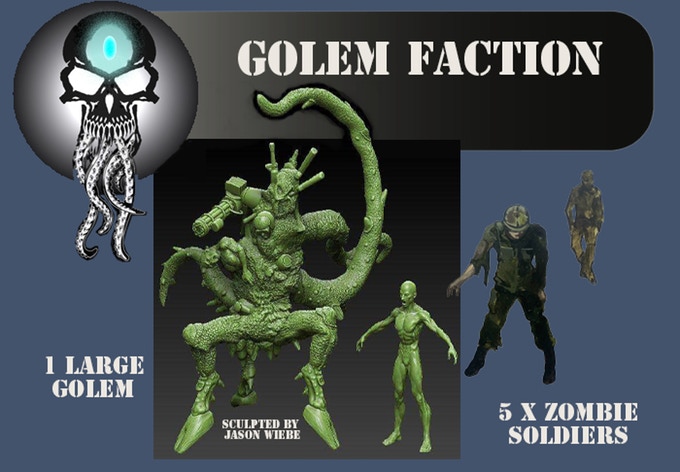 Finally, to round out the faction list you’ve got Nazis, because why the hell not? At this point, I’ve become convinced that there’s a great big rulebook somewhere that states that if you feature Cthulhu in your alternate fiction it has to include Nazis in some form or the other on pain of death. 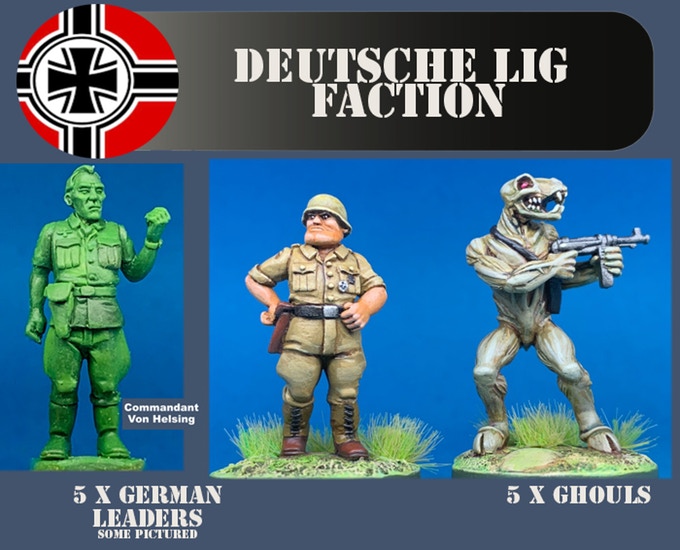