I find your lack of faith disturbing…

Fantasy Flight is bringing the Clone Wars to the tabletop with new expansions for their Star Wars Legion wargame.

The new lineup includes both heroes and villains taking from the lamentably mediocre prequels, though mercifully we’ve been saved from having to endure a Jar Jar Binks miniature (for now, at least). Hopefully the story will make for a better miniatures game than it did movies.

The lineup pits the heroes against the villains as they duke it out for supremacy over the galaxy (or for whatever reason they were duking it out in the films; I honestly can’t remember – there was just a lot of stuff about senates and councils).

On the Dark side, you’ve got General Greivous, the cyborg alien commanding the droid army. A rather nice touch is that the miniature comes in a variety of poses; he can either be assembled with cloak and two lightsabers, carrying a single lightsaber and a blaster pistol or sans cloak in four-armed mode wielding four lightsabers.

Heading up the other side is a young Obi Wan Kenobi. Playing the role of commander, he’s in a sort of ninja pose that makes him look like he’s dangerously close to burning his fingers on his own weapon. As for core troops, the good guys feature the titular clones, 14 on foot and two in a sort of landspeeder called a ‘BARC speeder’ (cue joke about the BARC being worse than the bite… oh God that’s bad) 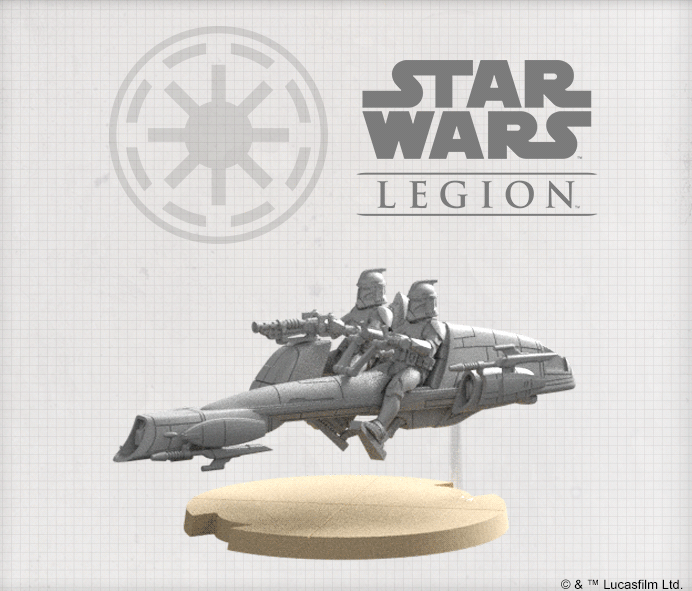 Meanwhile, the bad guys have a slight numerical advantage in the form of 18 droids, supported by four Droidekas – more powerful robots that zip around the battlefield like the galaxy’s deadliest hamster wheels. 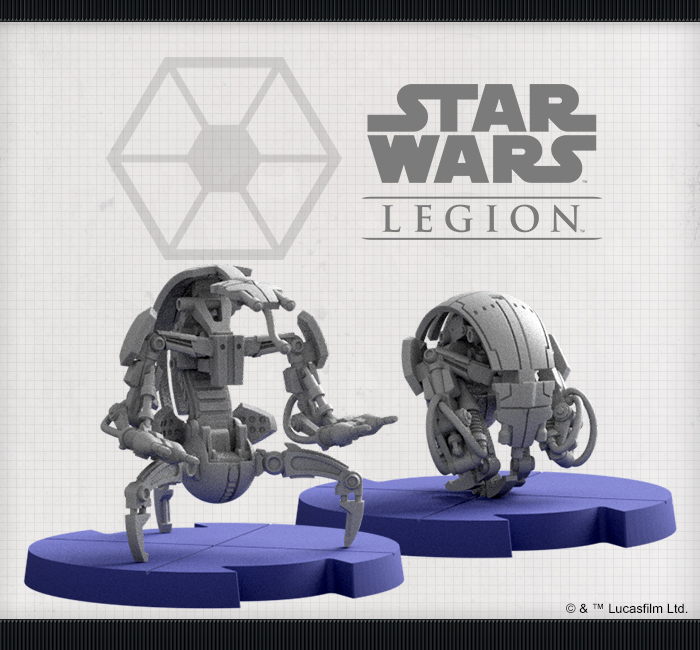 All these miniatures are part of the core box set. According to the website, the box has an expected release date of Q3 2019.