Bolt action is getting new Nazi and Communist Army miniatures Bolt action is getting new Nazi and Communist Army miniatures

Between a rock and a hard place

Of all the myriad conflicts of World War 2, arguably the most significant – and most brutal – were those between the Axis and the USSR. Whilst popular Western history usually focuses on the Allied conflict in Western Europe, many historians maintain that it was the Nazi-Soviet battles – such as the Battle of Stalingrad – that were instrumental in changing the course of the war.

In that vein, Warlord Games have released several new sets for the Russian and German forces. First up is the Soviet Army Support Group. Consisting of 10 miniatures, the box includes one commissar, one officer, one medic, one radio operator, one mortar team and one machine gun team. 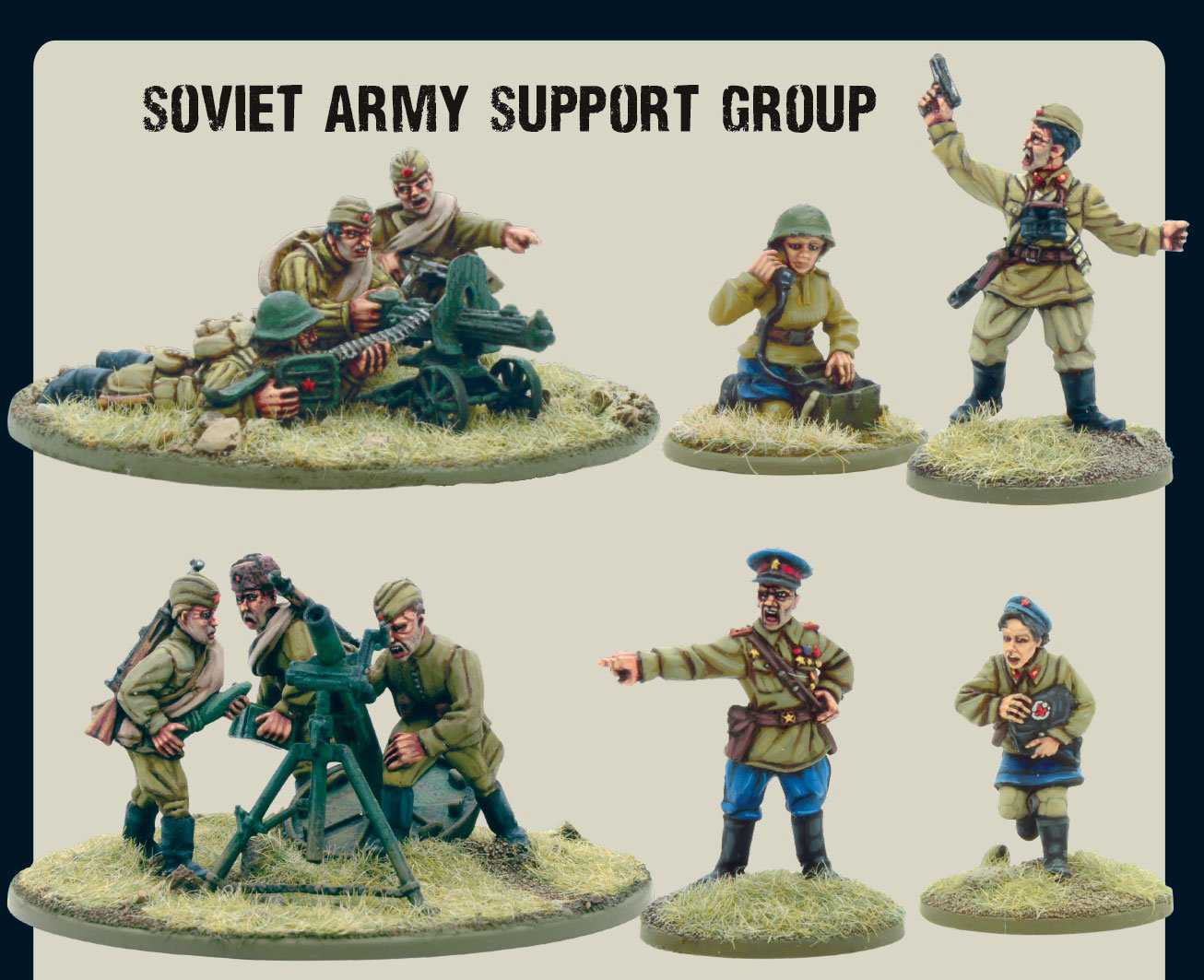 Especially early on the war, the Russian military command was in poor shape, as Stalin’s purges had seen many senior officers either imprisioned, exiled or shot. They were replaced with officers lacking experience, who were often too afraid to show initiative lest this should be seen as deviational thinking. The situation improved over time, but only to a certain extent. A parallel position to the officer was the Political Commissar. When most think of Commissars, they’ll probably think of Warhammer 40,000’s bolt-pistol toting, trench coat wearing commanders. Real-life Soviet commissars were just as cruel as their ficitional counterparts, and were spread throughout the military in order to maintain political control throughout the armed forces. The miniature seen here is an obvious reference to the famous picture by Max Alpert, below.

The next box for the Soviets is the engineers squad. Technical skills were always in high demand in the USSR, and this was equally true during World War 2. Specialist pioneer detachments like engineer squads were afforded greater logistic and rear-echelon support than their conscripted counterparts, and were employed for vital work like bridge-building, demolitions, minefield clearing and placing and so forth. They were also tasked with removing enemy strongpoints during advances. This was a highly hazardous occupation, and engineers were sometimes equipped with SN-42 body armour to protect themselves with. The box contains 10 miniatures equipped PPSH-41s, drum-fed SMGs developed in 1941. 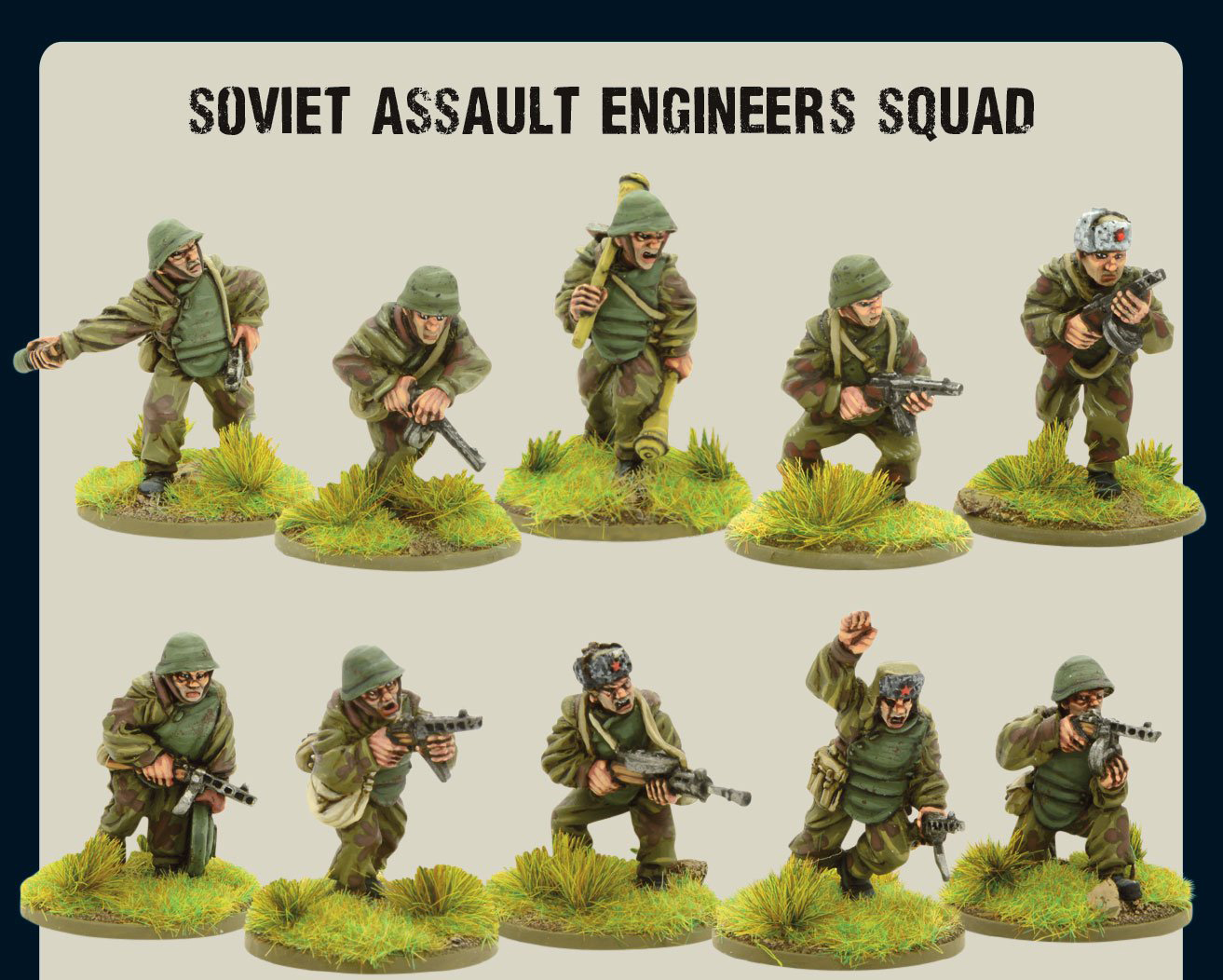 Unlike their Russian counterparts, the German officer corps was filled with capable and often experienced individuals. The German Heer support group consists of one German HQ of four models, one HMG team and one mortar team. The HMG team come equipped with the infamous MG42, whilst the mortar team carry the standard 80mm Granatwerfer 34. 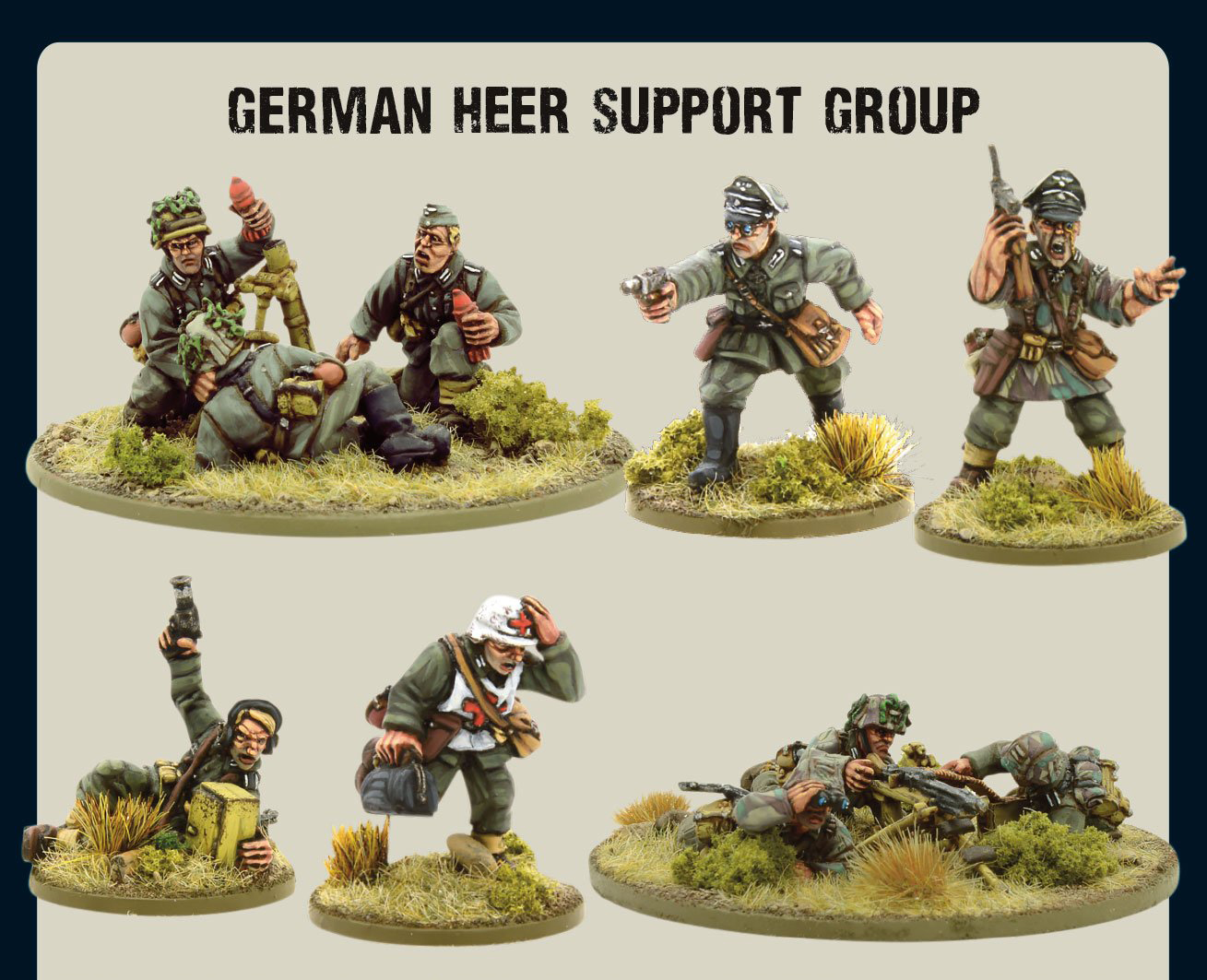 The last box is the Hungarian Army Honved division section with winter uniforms. Fighting on the Axis side, the majority of infantry forces fielded by the Hungarian Army tended to be less well trained and experienced than their German equivalents. Nonetheless, by the late war there were some veteran units, who had been hardened after three years of fighting on the Eastern Front. 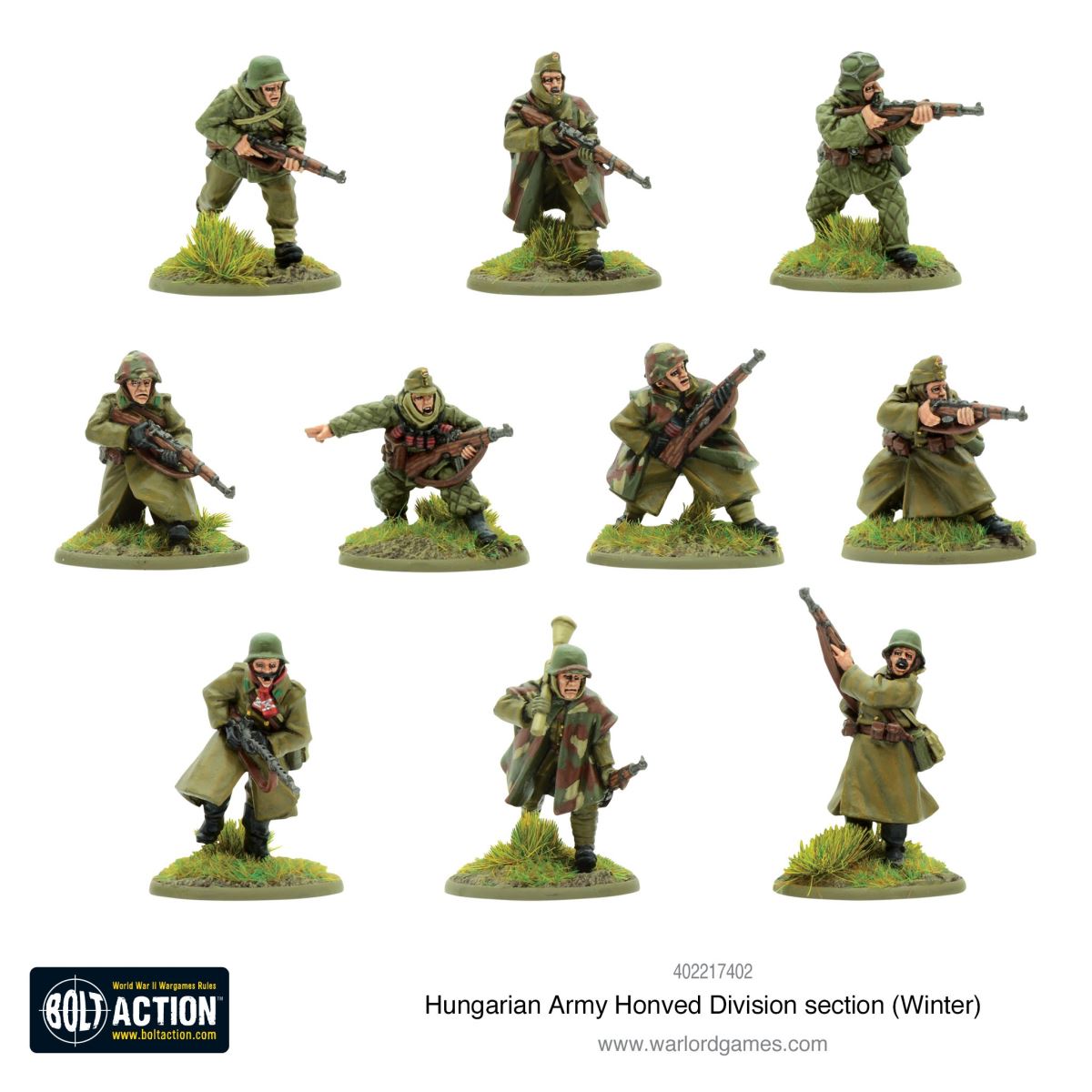