Anna Blackwell (Delve) and Brian Tyrrell (Dungeon on a Dime) are releasing a mash-up solo-journaling rpg, taking the potion-making fun of Apothecaria and the be-furred setting of Scurry! to create Apawthecaria: Poultice Pounder Adventures.

The game updates many of the features of Apothecaria such as increased seasonal diversity and the introduction of the travel feature. The Scurry! setting offers Redwall-style animal adventures to create a game of Mice MD's saving the lives of bashed-up badgers.

We caught up with the designers to hear about their inspiration for the game, and to hear more about the upcoming Kickstarter.

Who are you both?

I’m Anna Blackwell, creator of DELVE: A Solo Map Drawing Game (which is such a clunky title, I’m sorry) and Apothecaria.
I’m Brian Tyrrell, I run Dungeons on a Dime, an entry-level tabletop roleplaying game publisher in Scotland. I’ve made games like In The Red, Scurry, and the ENNIE nominated Adventures on a Dime! 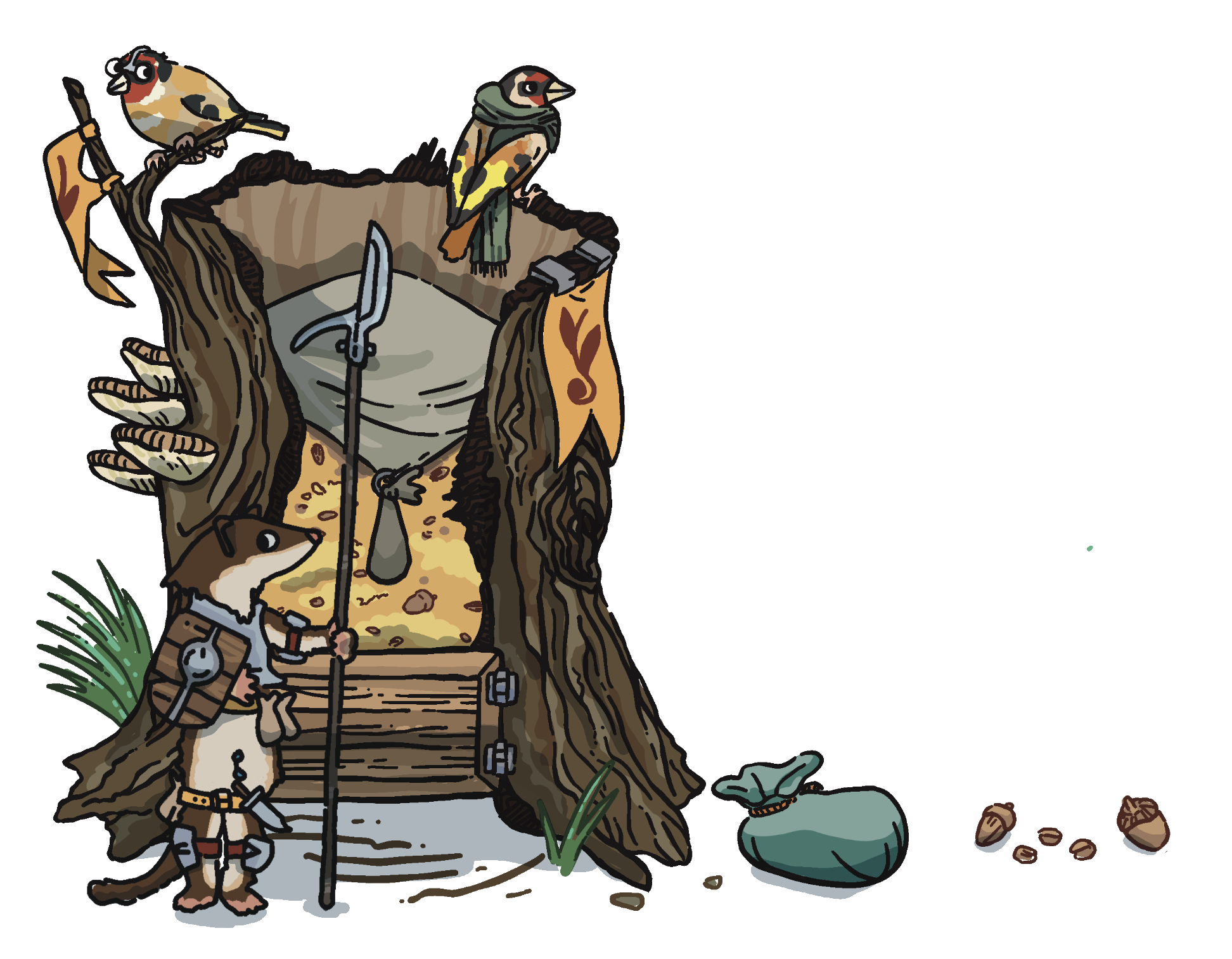 Apawthecaria: Poultice Pounder Adventures is a solo RPG that combines the community minded potion making of Apothecaria with the wondrous Bristley Woods setting as seen in the liveplay Beast Fables, and the game Scurry. In the Apawthecaria you take on the role of a Poulticepounder, an animal that makes folksy cures for other beasts. To do this, you’ll have to set off on journeys to forests, meadows, mountains, lochs and beyond to collect the different ingredients. 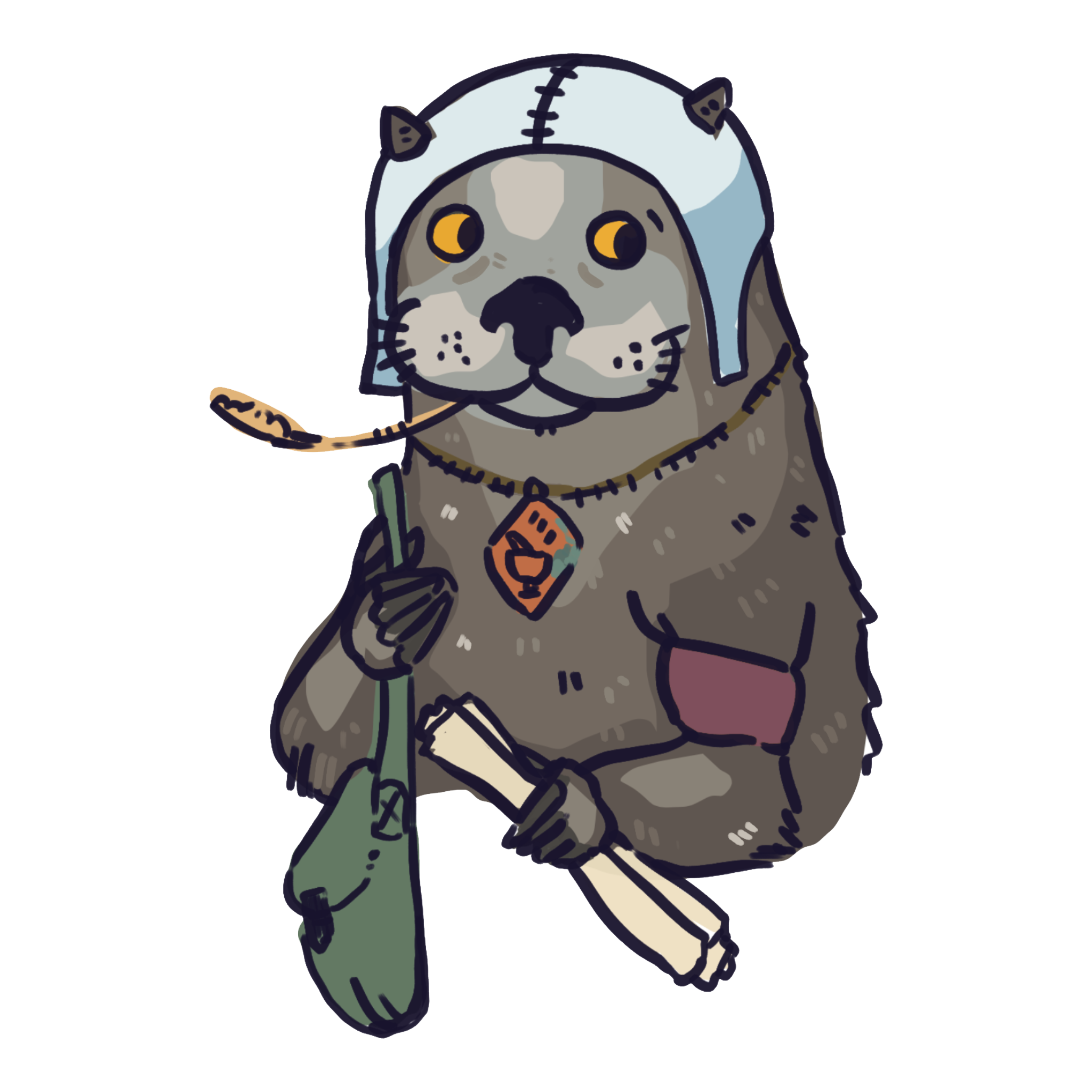 Tell those who don’t know a bit more about the setting?

The Bristley Woods are a massive forest full of tiny beasts. Humans are long gone, and animals have inherited the earth. They call themselves beasts, and live together in melting pot communities. Beasts have formed Guilds where they can share specialist knowledge and combine their various talents—water voles weave brilliant nets for otters that fish in the local rivers and lochs! The remains of our lives on earth still dot the landscape, and beasts venture into these ‘titan ruins’ for strange and powerful relics.
While the beasts have unusual and new names for everything, the world is set in the very real forests of Loch Lomond and the Trossachs, in Scotland. Inspired by books like the Watership Down and the Redwall series, the Bristley Woods are full of new frontiers and charming scenes, as well as unpredictable predators and dangerous environments. 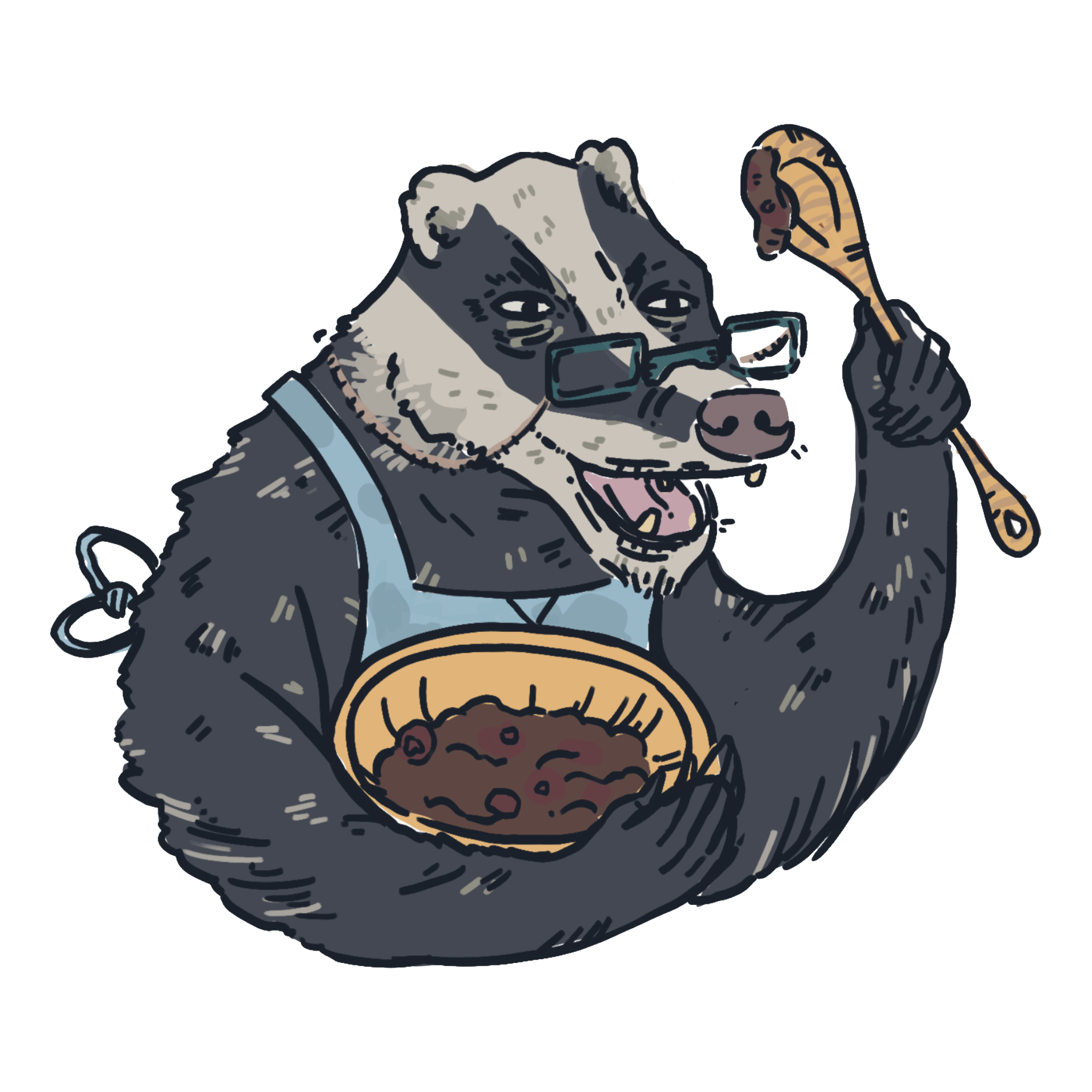 What does the travelling mechanic add to the game?

There’s a new set of challenges when you go on a journey—where are you going, and why? How urgent is your trip, and what is at stake? Not every route is safe, you won’t always be able to forage for the best reagents. It definitely shakes up gameplay from the original Apothecaria.

Travelling through the Bristley Woods also gives Apawthecaria a sense of scale that reinforces the feeling of being a little animal. As you head from the treetop city of Odoak to the shores of the massive Crossing Loch, you’ll encounter all manner of region and season specific events that make the world feel like it’s alive and changing.

Part of what makes road trips so fun are the people you meet along the way, and the friends you take with you. On your journey, you’ll be able to bring your own Familiar along with you, who can help you make remedies and resolve obstacles that block your progress. 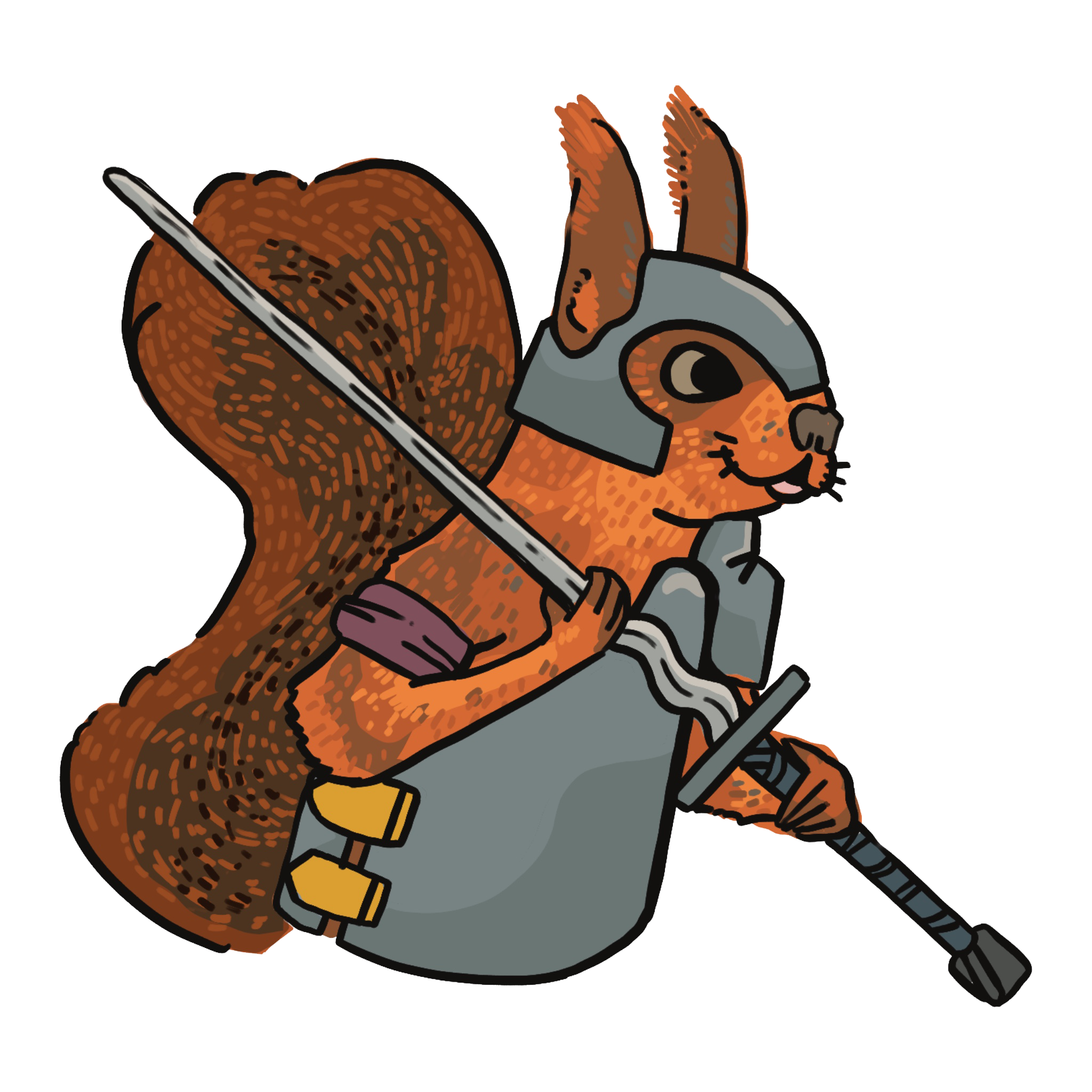 Why does a badger need potions? What are we curing? Does a mouse even know how to stir?

For much the same reason a human does; they’re unwell. Apawthecaria is grounded in the real struggles of animals, who don’t have magic to save them. The ailments you face are inspired by real problems like infected bites, anxious shedding, and meadow ticks.

As you journey around the woods, you build trust in the Poulticepounder’s Guild, and are trusted with more dire problems to solve. You can look forward to stitching wounds, purifying water sources, and even preventing a rabies outbreak!

I have to ask, how does it all go wrong? Does big pharma come and shut it all down?

The biggest threat you face is the arrival of Winter, when many of your staple reagents just aren’t available and the event tables get much more dangerous with the arrival of behemoths like rewilded wolves.

However, despite the perils of the Scottish wilds there is a growing sense of hope. Apawthecaria continues the trend of relaxing cosy fantasy journaling where you are improving things in your community. Progress continues between all of your characters and you can develop clinic burrows that link together to create a sort of NHS of your own.

When’s the Kickstarter, and how much are you asking for, what do we get?

The Kickstarter launches on October 8th and we’re aiming for £3,400 to cover printing costs, artists, editors, and the multitude of fees that wait just under the surface.

We’re offering the print & PDF for £15 and have a few higher tiers planned that include hard enamel pins, stickers, postcards, a map of the Bristley Woods and even a bundle that includes Apothecaria, Scurry!, and Vice & Virtue. 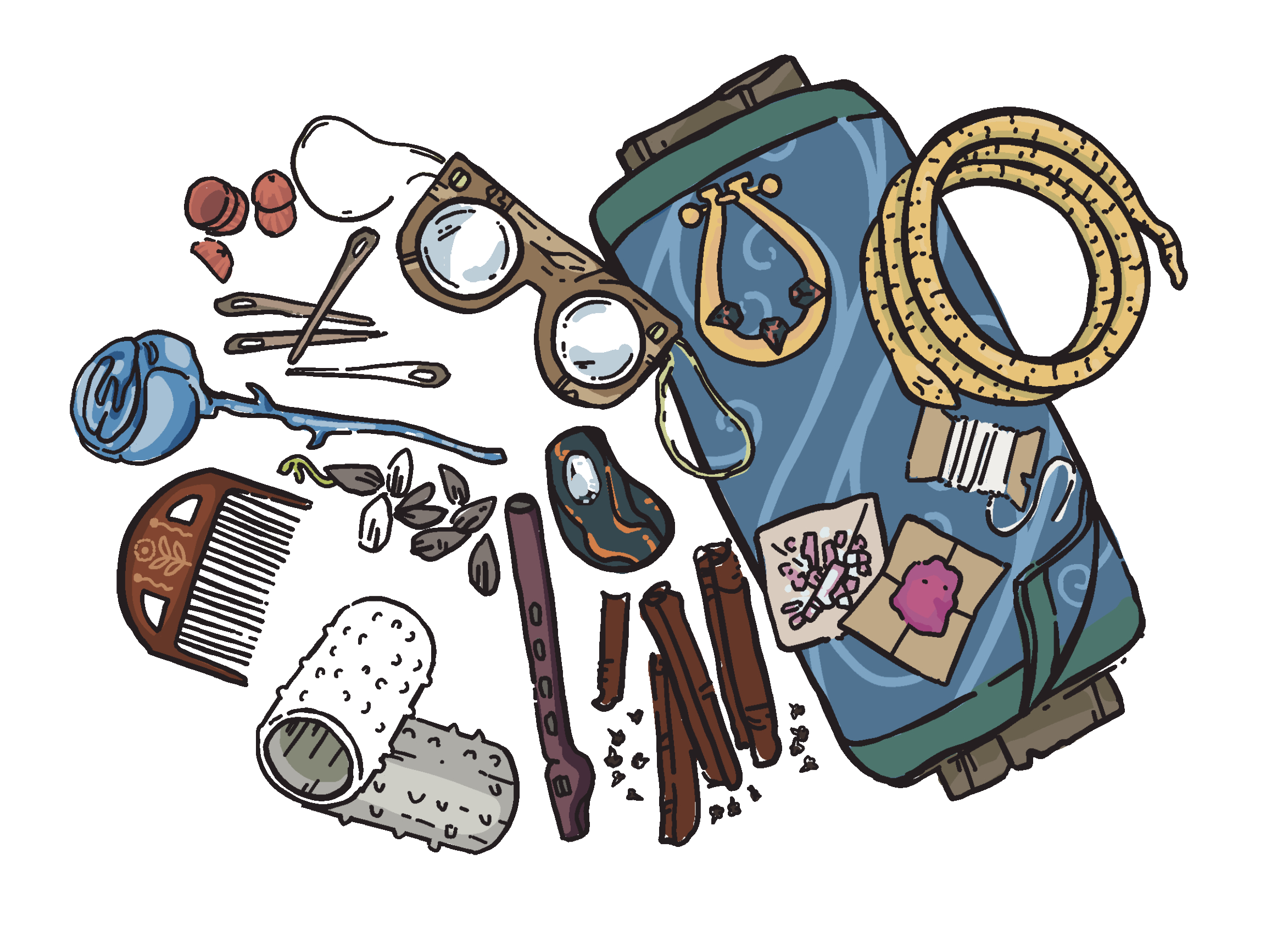 Anything else we need to know?

Yes! Did you know that there are wild Wallabies in Scotland? They were brought over from Australia by the eccentric Lady Arran shortly after World War II, and now live wild on an island in Loch Lomond, where the Bristley Woods are set.

We have a few stretch goals in mind if our campaign does well, such as custom journals for the game and special merchandise. However, we’re also very keen to do a Wallaby expansion for Apawthecaria!