Are you ready for a new edition of the Horus Heresy?

It's time for some big Warhammer announcements from Games Workshop.

The big cinematic trailer (below) came from the announcement of the Horus Heresy's new edition "For anyone who’s ever marched a Tactical Squad across a tabletop, or had their imagination captured by stories of the Emperor, his treacherous Warmaster, and the Primarchs that fought alongside them, this is an unmissable vision of Warhammer brought to life". This will come out later this year, building on systems you'll recognise from Age of Darkness, and is based on classic 7th edition rules for Warhammer 40K, but with changes and tweaks. New miniatures will accompany it, including Beakie Marines (Mark III and Mark IV), Praetors and more.

In one of the earlier announcements came Necromunda: Ash Wastes, originally teased at the Las Vegas Open. Described as the biggest thing to happen to Necromunda since the games relaunch in 2017, it's time to "leave the underhive [and] step into the blistering sunlight". Ash Wastes will be a new boxed set bringing gang warfare to the barren wild, where you'll have howling winds and radzones to content with. Overall, it's a new way to play Necromunda, with "rules for vehicles, mounted fighters, and the lethal weather conditions that you can find out in the Ash Wastes". Plus, of course, new miniatures.

Then there's the Harrowdeep, which is a new undead warband for Warhammer Underworlds. With a warband leader of a vampire necromancer named Deintalos the Exiled, his grisly experiments were more than Shyish could bear. Now, he continues his work in Harrowdeep with a mortal apprentice Marcov.

Also announced were two new Chaos Knights – a War Dog Karnivore, designed to stomp their imperial counterparts. It can tear its way "through anything from Dreadnoughts to Trygons", but it's its bigger brother you really want to worry about, with The Abominant – extra favoured by the Dark Gods, and frankly huge. Add to that, the fact it's a pysker, there's some nods to classic weaponry, and has vultures, it's a big concern for all in its path.  There are also new codexes to match.

Plus, if you're a fan of Chaos Space marines,  you'll be receiving a new codex with updates to the rules for Heretic Astartes, there are also new miniatures 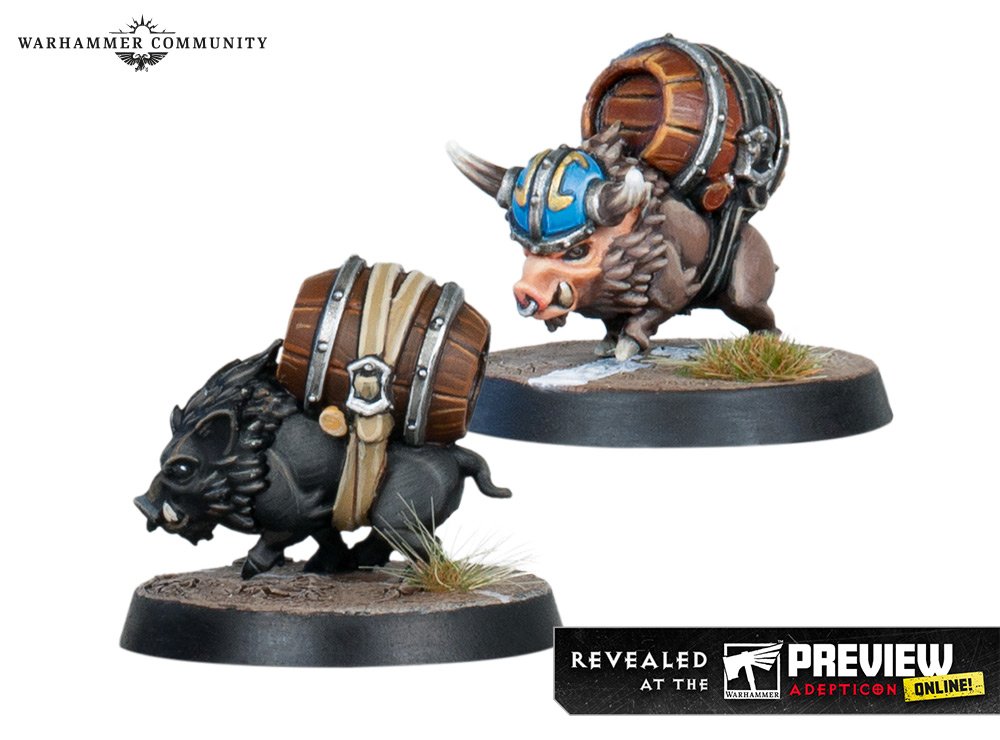 We mustn't forget Blood Bowl, the game of Fantasy Football that now brings you the Norse Team. Described as drunk and disorderly "Norscans love two things – raucous drinking sessions and a good scrap on the Blood Bowl Pitch". Including Valkyries and Berzerkers, and – a Beer Boar. Of course. 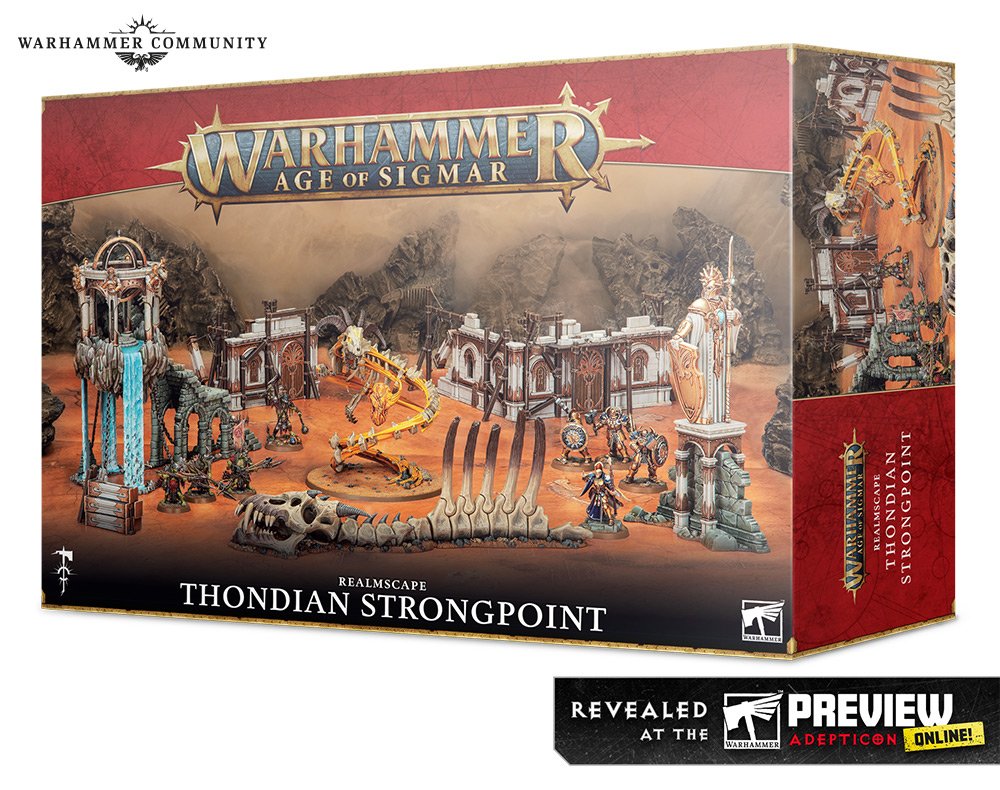 Finally, we end in the Mortal Realms, with Age of Sigmar, bringing the Realm of Beasts to life with new scenery, rules, miniatures, and more. Following the siege of Excelsis, the realm of beasts arises. The Realmscape box includes scenery, letting you create your own settlement in Ghur. In the name of Beasts comes the Incarnate, who bonds with a hero in your army- but may go wild and turn on your forces if that hero is destroyed.

Plus, there's now a new Nighthaunt hero – Awlrach the Drowner was a ferryman who instead, killed the very people he was meant to transport, and so in death he remains the ferryman to the Lord of Death.