When the Boat Comes In

One of my many favourite second world war films is Cockleshell Heroes which depicts Operation Frankton in 1942 when commandos in kayaks mined ships in Bordeaux harbour. I’d always been fascinated by the possibilities of gaming a similar scenario in some way. I have accumulated over the last two years or so sufficient suitable model ships (mostly scratch-built); in addition I already had some basic configurable harbourside wharfs and buildings so I decided to setup a game.

SETTING UP THE GAME

Initial ideas for the game were possibly to use the Warlord Games 28mm commando canoes and crew. However I would be stuck for scenics as most of the items (buildings, vehicles and so on) that I had were suitable for 1/72 (20mm) figures; so I decided to run the game using 1/72 figures. A search through my spares and a donation from a friend yielded some Airfix commandos and canoes, so they would be put to use for the game and get a chance to show their mettle.

Each ship needed a watchman, for these I used some figures from the Revell German Navy crew set. For the harbourside sentries and the patrol boat crews I used some Elhiem miniatures 20mm Royal Navy boarding party figures. 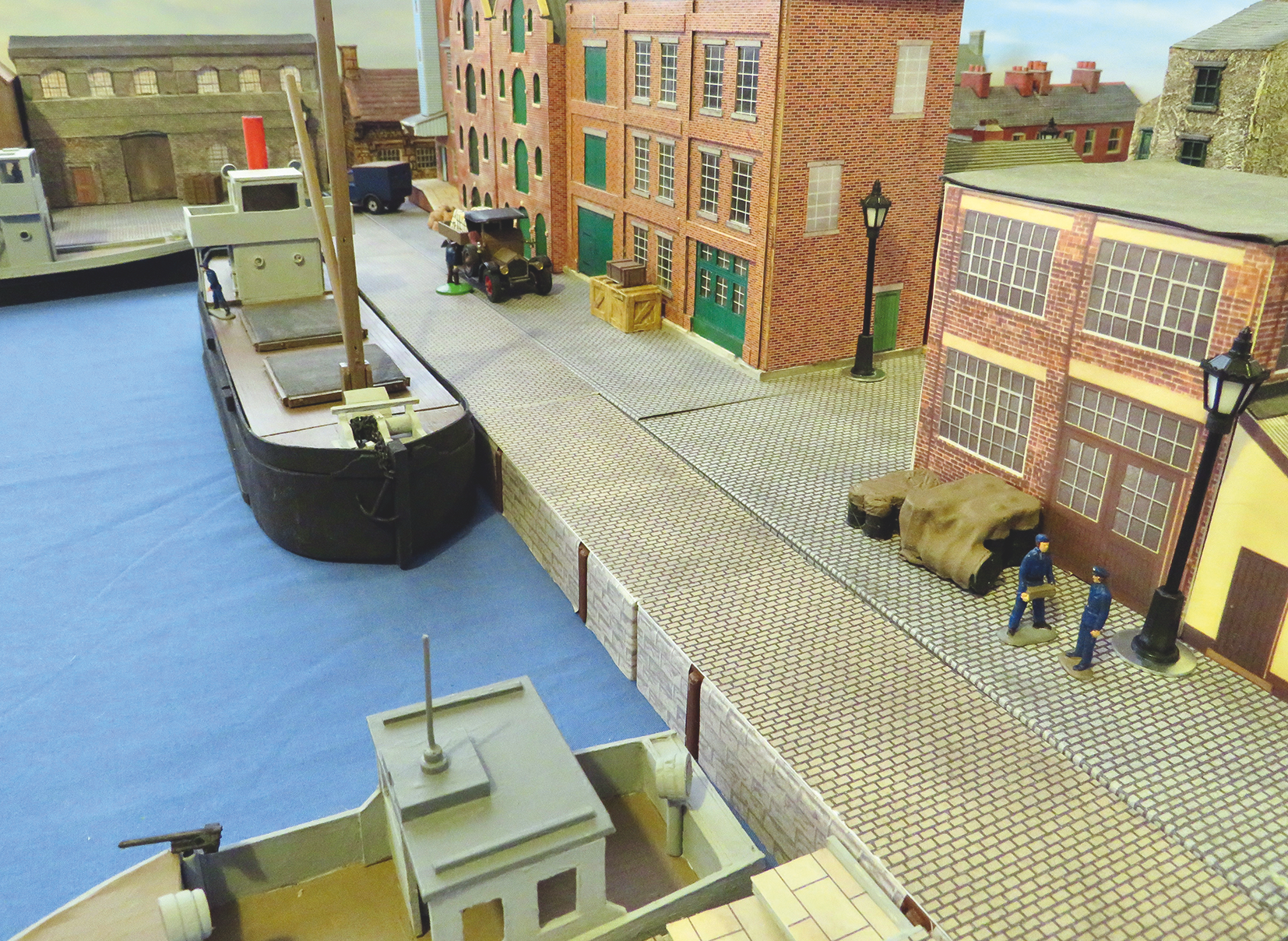 I thought I’d give a summary of the scenic items employed: 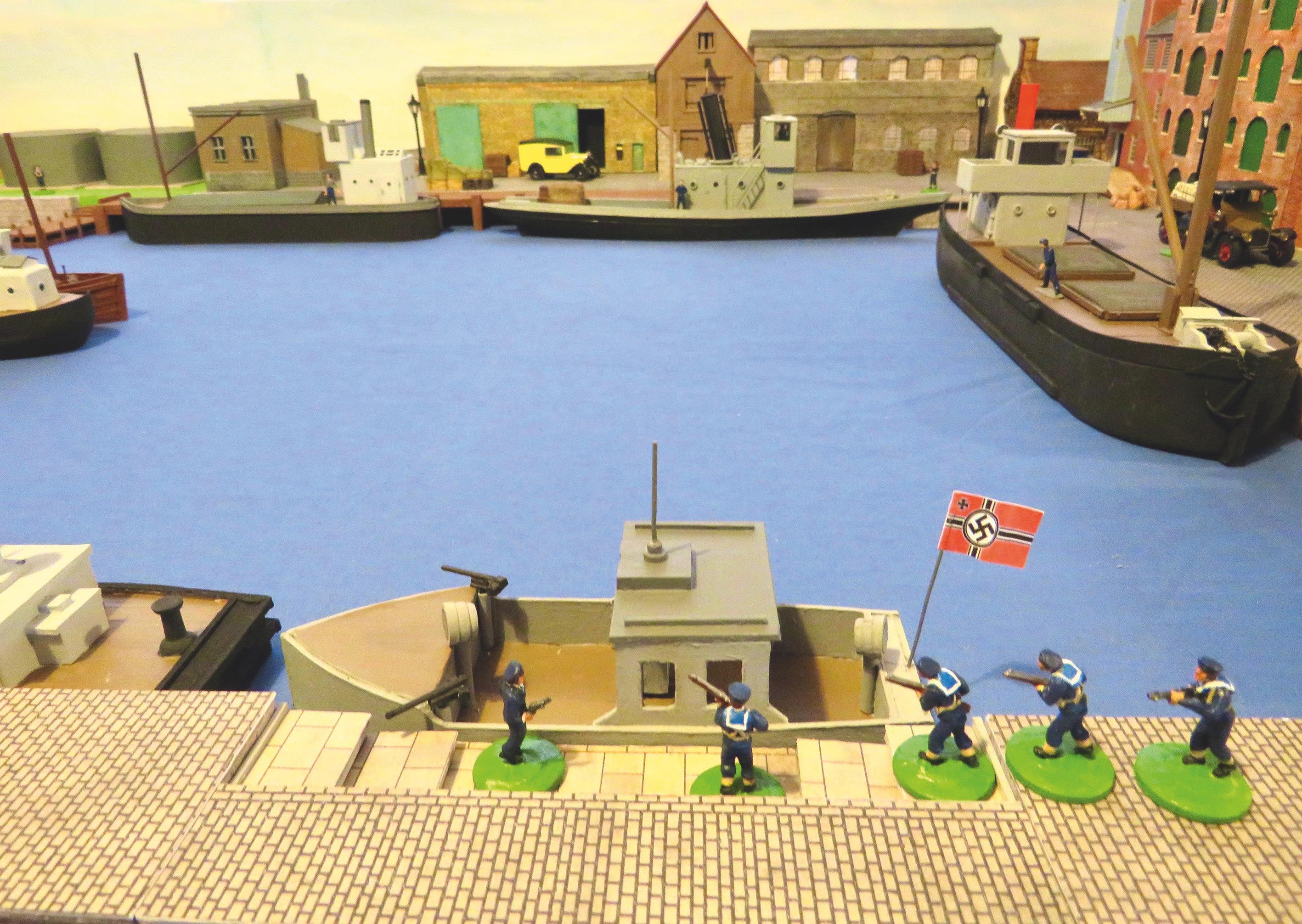 I did not have any suitable rules for the game so I decided to write my own. The ethos for the rules was for them to be quick play and for them to fit on a single page. The mechanisms would focus on the mining of target ships by the commandos and the detection of kayaks by harbourside sentries, ship watchmen and harbour patrol boats. Below are the game rules and following that the fictitious game scenario set somewhere in France. Get paddling!

All dice are D6 and measurements are in inches:

Throw 1D6 per side, highest score has initiative. 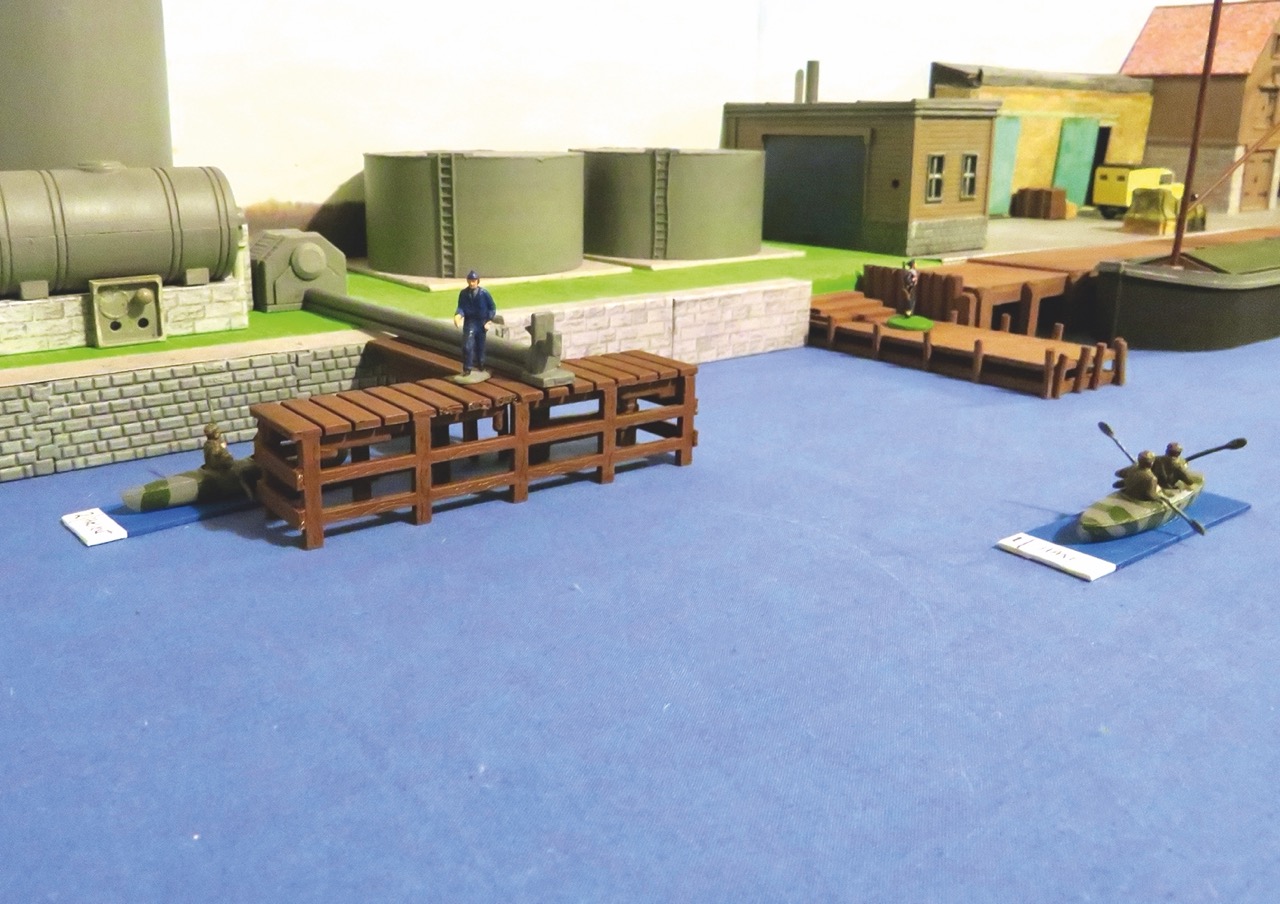 You most spot the target first, see Spotting.

It is assumed damage from small arms firing is minimal and has no effect on the kayak.

If a kayak is run down by Patrol Boat, throw 1D6. Result:

A Kayak must be stationary for the move adjacent to the target, throw 1D6 for attempt to fix a mine:

After all game moves have finished the limpet mines explode after their time delay. For the results of detonation throw 1D6 per attached mine on a ship:

Total up total damage points for each mined ship, The results are as follows:

Throw an additional 1D6 for result:

I have used these rules to play a couple of solo games and also in a game with my regular gaming opponent. In general the rules gave a fun game, the ‘spot to fire’ aspect of the rules makes it difficult to engage the kayaks emulating the reality that events would have occurred in the dark. The patrol boat movement scheme is not perfect, when playing with an opponent a couple of movements seemed ‘illogical’; the options for sensible movement were agreed and decided by roll of the dice.

SUMMARY OF A GAME

The harbour patrol launch spotted a kayak by one of the freighters with its searchlight and opened fire with its LMGs, killing both of its commandos. The harbour patrol launch then moved on towards the fuel terminal, on its way it spotted another kayak by a large fishing boat and in the light of the searchlight the LMGs opened fire killing both commandos in the kayak. The second patrol boat reached the fuel terminal, searching it could see nothing. Meanwhile the other two kayaks reached the main dockside un-detected and start fixing mines on the freighters. The second patrol boat moved along from oil terminal up by two of the freighters as it reached the corner of the dock it spotted shots a kayak and fired on it , one of the commandos is hit. As the patrol boat manoeuvred it lost sight of the kayak. The harbour patrol launch moved round to the other side of the harbour to search there.

The commandos managed to mine all targets, resultant damage as follows:

This scenario is set in Port Dimette Normandy. 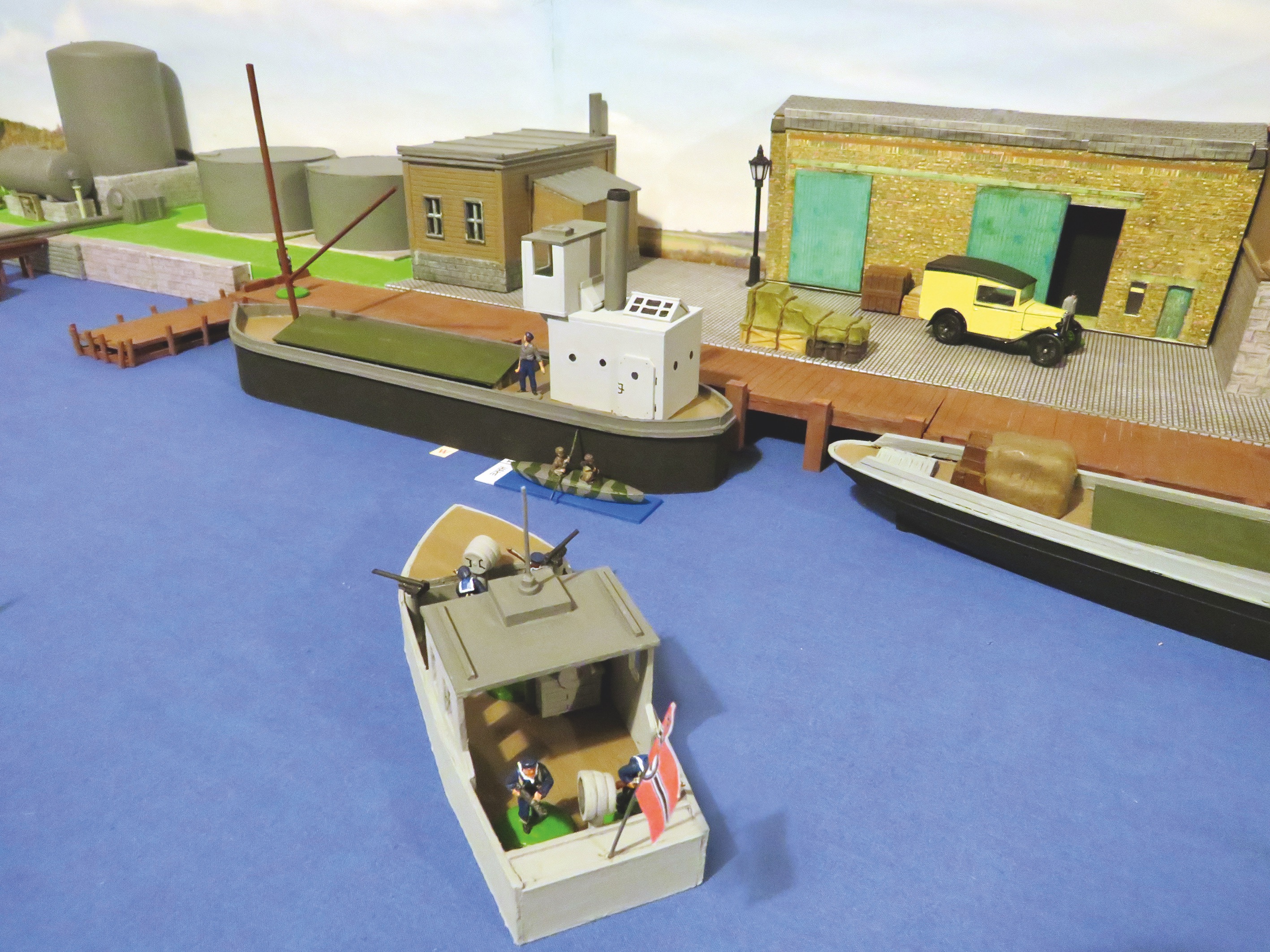 Approaching the harbour and wharves under the cover of darkness are four commando kayaks. Their objectives are to mine all large ships (ideally a minimum of two mines each ship), the oil terminal jetty and to get as many kayaks back out to safety afterwards.

Starting at position K: each kayak with two crew. 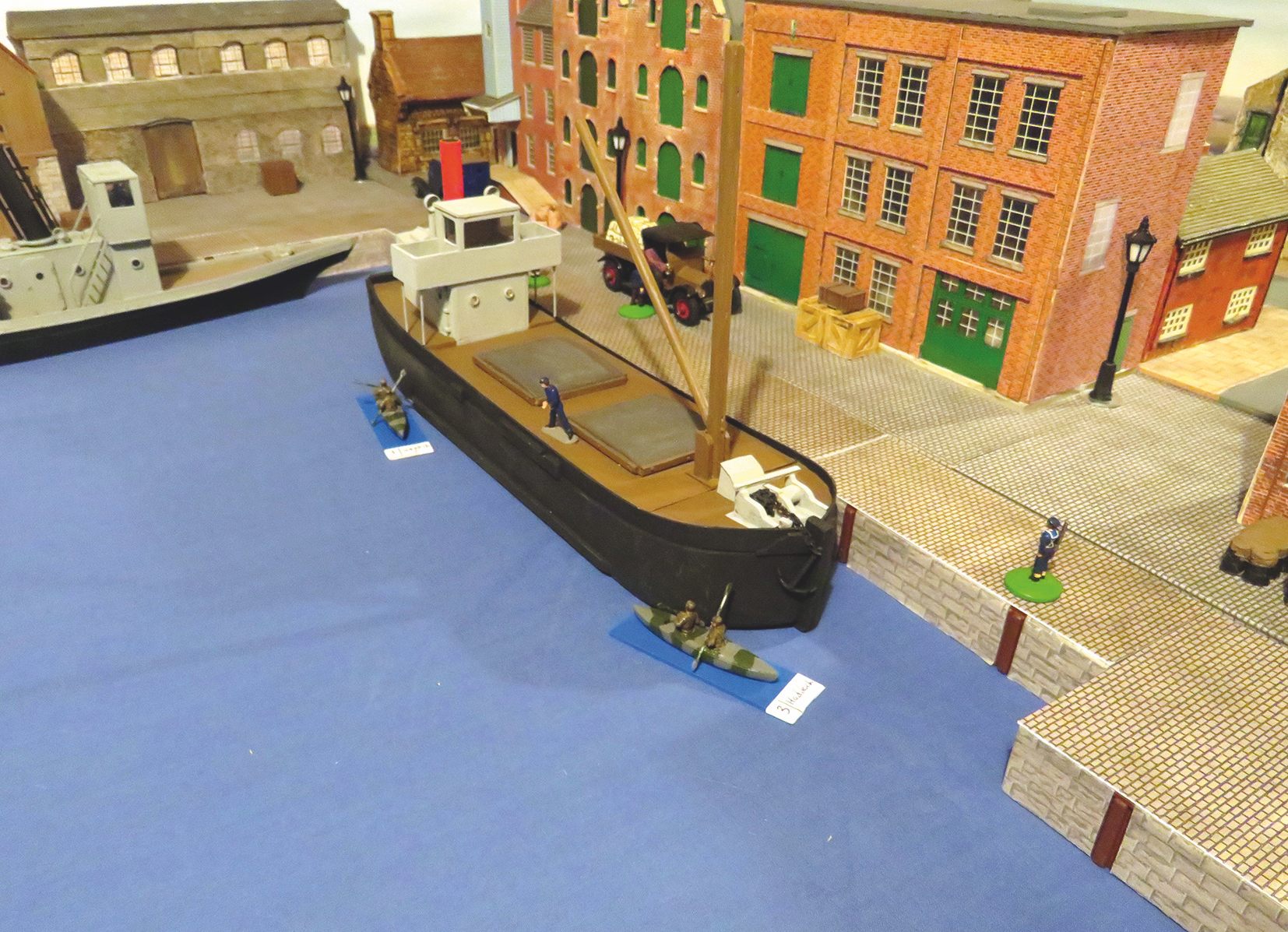 This is a tug (Tug) with crew and on deck an officer with a pistol and three rifle armed sailors.

The tug remains at the dockside for one move after the harbour patrol launch has made its first move. 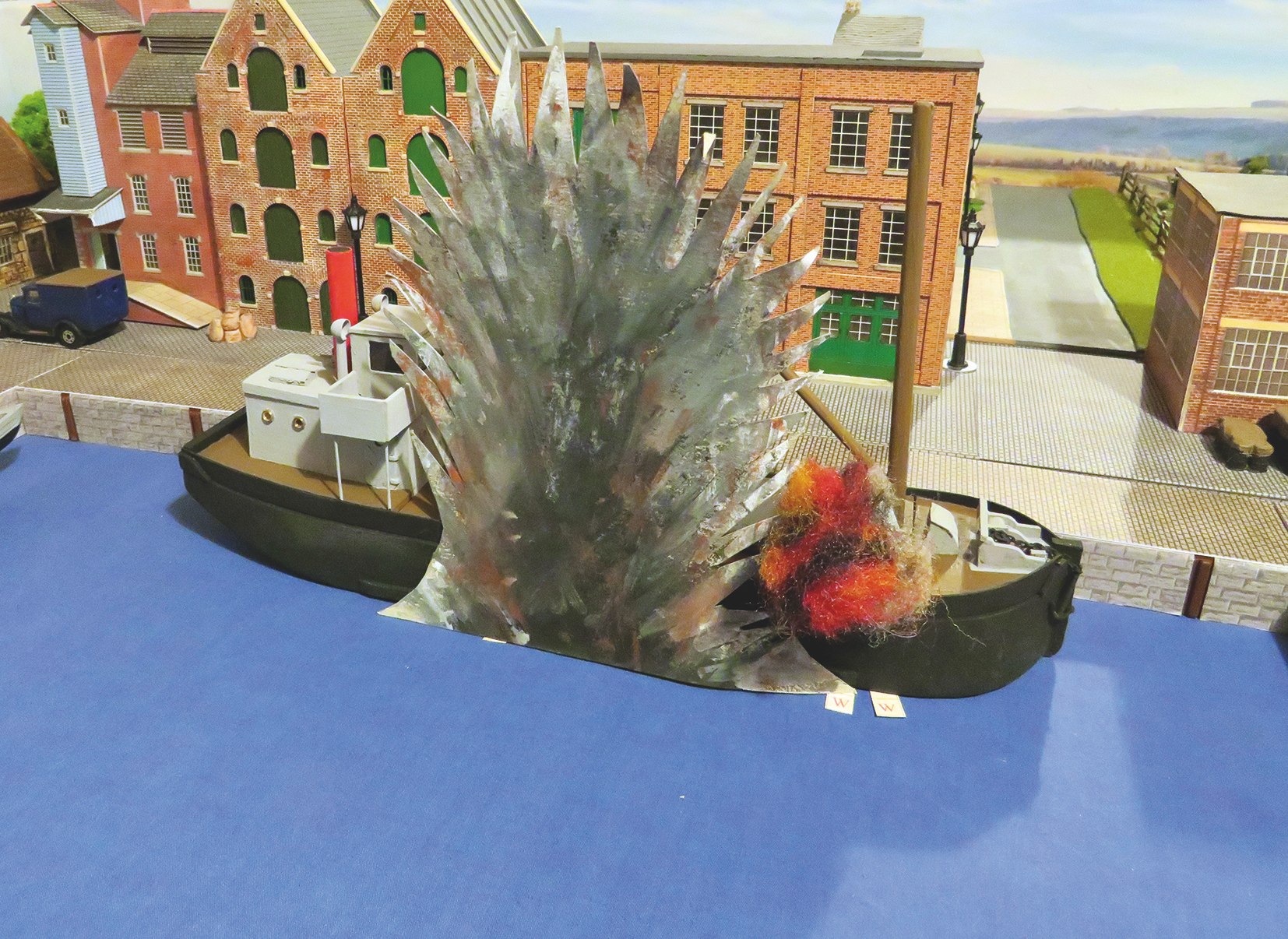 SUMMARY OF THE GAME

The commandos made their way into the harbour undetected, once spotted a couple of alarms were raised and the patrol boats were in action searching for and firing on targets. The commandoes lost two kayaks, the other two managed to get back out of the harbour. The commandos managed to mine all targets, and the damage caused was as follows: 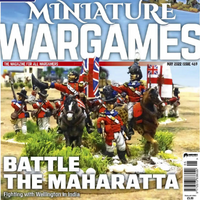 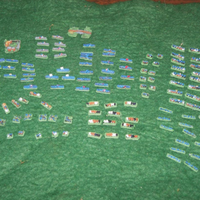