Ten of the best: Monster games for kids If you're looking for family friendly monsters, these are the creatures for you

We’ve had monsters on our tabletop for a long time, but usually these are in the form of lumbering monsters from the dark, Freudian nightmares or Cthulhu mythos brain-melters. Instead, we’re going to take a look at monster for entertaining smaller monsters instead. 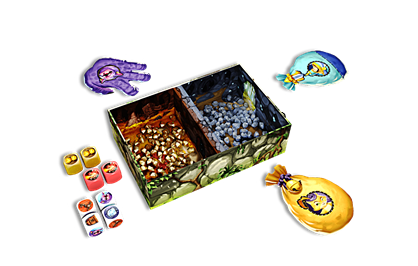 Get the treasure and get out, or push your luck and get your gems snatched away from you. This is a dice rolling game of two part, the first to collect gems from the troll cave, and if you roll the key and door, a chance to steal from the dragon in the mountain. This second room is a race between two players, the active player trying to roll as much gold as possible, while the other tries to roll two dragons. If the stealing player doesn’t shout that they’re getting out before two dragons have been rolled, they lose their loot. A great, active, dice rolling game that teaches push-your-luck mechanisms where the monster feel like a real threat.

Get your copy of Troll and Dragon here! 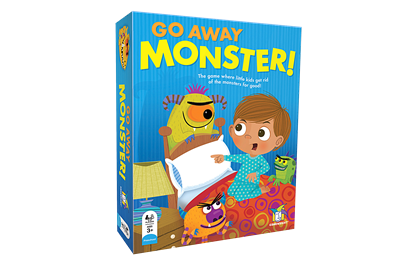 Reach into a bag and hope to find a piece of furniture that can be happily slotted into the room. If not, it might be a monster! And what do we say to monsters? That’s right, “Go away monster!” before we throw them in the box. A simple enough concept which would be fairly flat if it wasn’t for the interesting central metaphor in the bag – some of the monsters are shaped like furniture. That’s right, it’s game for overcoming misunderstanding what you see in the dark – and anecdotal reports tell us that it works.

Get your copy of Go Away Monster here! 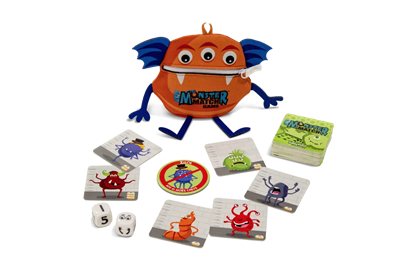 Within the neoprene, zip-lipped monster that this game comes in is… more monsters. This is a matching game of identification. Play out the set of charming and interesting little monsters with their variety of legs, arms, eyes and so on, and identify them quickly on the table to gain points equal to the number of donuts displayed. The ingenious part of this is the design of the monsters, which are all funny, odd little things (especially those with no features at all, but a bowl haircut).  A quick game of matching for young kids with just enough challenge.

Get your copy of Monster Match here! 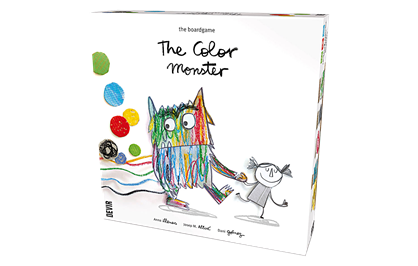 A game for very young children about expressing emotions. Based on the book about a monster whose emotions are all over the place, this game see you roll a dice around the board and attempt to match the tokens with the jars on the pleasing cardboard shelves. When you pick a token, you describe something that makes you feel that emotion before guessing which backwards-facing jar it should go into. Get it right and your emotions are back in order, if not, you’ll have to have another go. Surprisingly effective on children and adults alike.

Get your copy of The Colour Monster here! 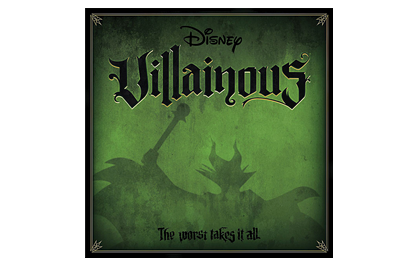 We don’t have to overcome the monster in every game. Sometimes we can be one. In villainous you play one of the classic Disney villains trying to bring off their evil scheme with the use of their allies, items and effects – even if that means setting a hero against your opponents. You’re still trying to overcome evil, it’s just that you’re also just as evil yourself. A creative twist on the usual good/bad dynamic that kids can enjoy.

Get your copy of Villainous here! 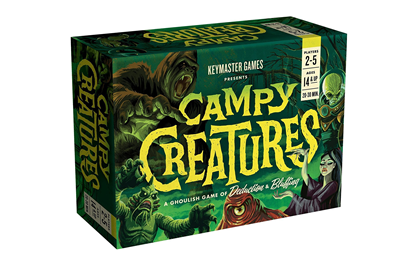 Play a mad scientist looking for mortal flesh for future experiments – with the help of your army of ghoulish monsters. But everyone plays the monsters from their hand in secret, all to be turned at the same time. The highest strength monster takes from the available mortals first, the second next, and so on – so the trick is to bluff yourself to getting the mortals you want. With extra powers that activate when a monster is played, or a mortal captured there’s more depth than expected. The deduction element is made accessible to younger players by leaving all played cards face up after a round.

Get your copy of Campy Creatures here! 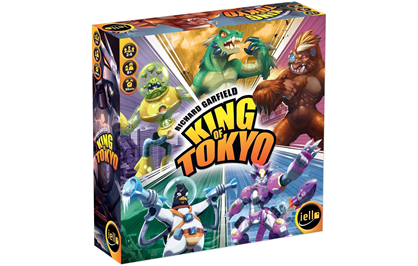 Be the biggest, baddest monster of them all in this modern family classic. Roll dice and keep the ones that give you the most monster smashing power. Or plan to smash the city instead and gain the most points. While, unlike some other in this list, dominance and destruction aren’t necessarily lessons a child need to learn, it is still extremely fun to be an homage to King Kong giving a definitely-not-Godzilla a black eye.

Get your copy of King of Tokyo here! 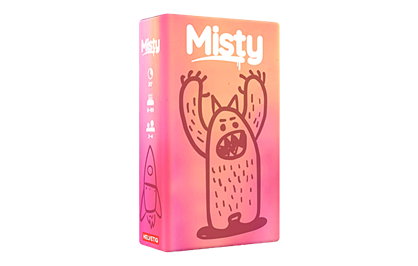 A game of window pane condensation drawing that asks you to bring the things you draw to life. You build a grid of drawings on window panes to score points – but once complete, the pictures may move based on their arrows, and the monster will eat the flowers. That is, unless you pin it down with another card. A surprisingly fun little game that asks you to be more strategic than doodling on the window could be!

Get your copy of Misty here! 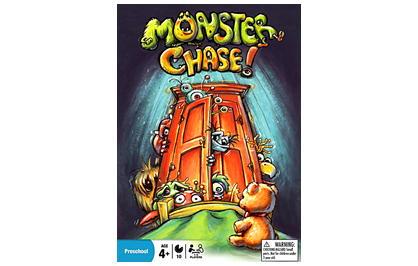 A memory matching game for kids from Antoine Bauza in which you work together to stop the monsters circling the bed. Luckily, it’s not just the players who are scared of things, the monsters themselves are scared of certain toys – and these are your main weapons to defend yourselves. Repel the monsters with the right toys, as if you make a mistake, another monster is added. A cute little horror with a good menagerie of monsters. 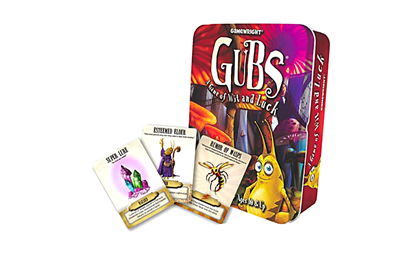 What’s a gub? We’re still not really sure, but you want to make the biggest collection of gubs in front of you, representing your colony. This is a simple card game of drawing cards, adding gubs to your collection and playing cards in the ‘read it, do it’ sense. You can steal gubs from opponents, trap them, or protect your own. It’s a good place for kids to learn the concept of chaining together a few cards in one turn for bigger effects. The tension comes in with the use of the G, U and B cards, which, once all three are drawn ends the game. This means that once two are on display, there’s a frantic playing of cards because the next draw could be your last!

Get your copy of GUBS here!