Ten of the Best: Party Games The best short-time accessible games to get the party started

With the festive season fast approaching, it’s a good bet you’ve got at least one social event on the horizon. Boring family gathering? Awkward work do? New friends to break ice with? We know it can be a challenge to find suitable games for these diverse crowds. Luckily, we love a challenge at Tabletop Gaming, so here we have rounded up a selection of the very best party games on the market. We’ve got wordplay, bluffing, teamwork, deduction and dexterity games on the list, so we’re confident you’ll find something to suit all tastes. We’ve featured a mix of old favourites alongside some of the very latest releases, all easy to learn with a quick turnaround to make sure everyone gets a go. Large groups of all ages are supported, and those games with a more limited participation have been chosen precisely because they are entertaining even just to watch. Enjoy! 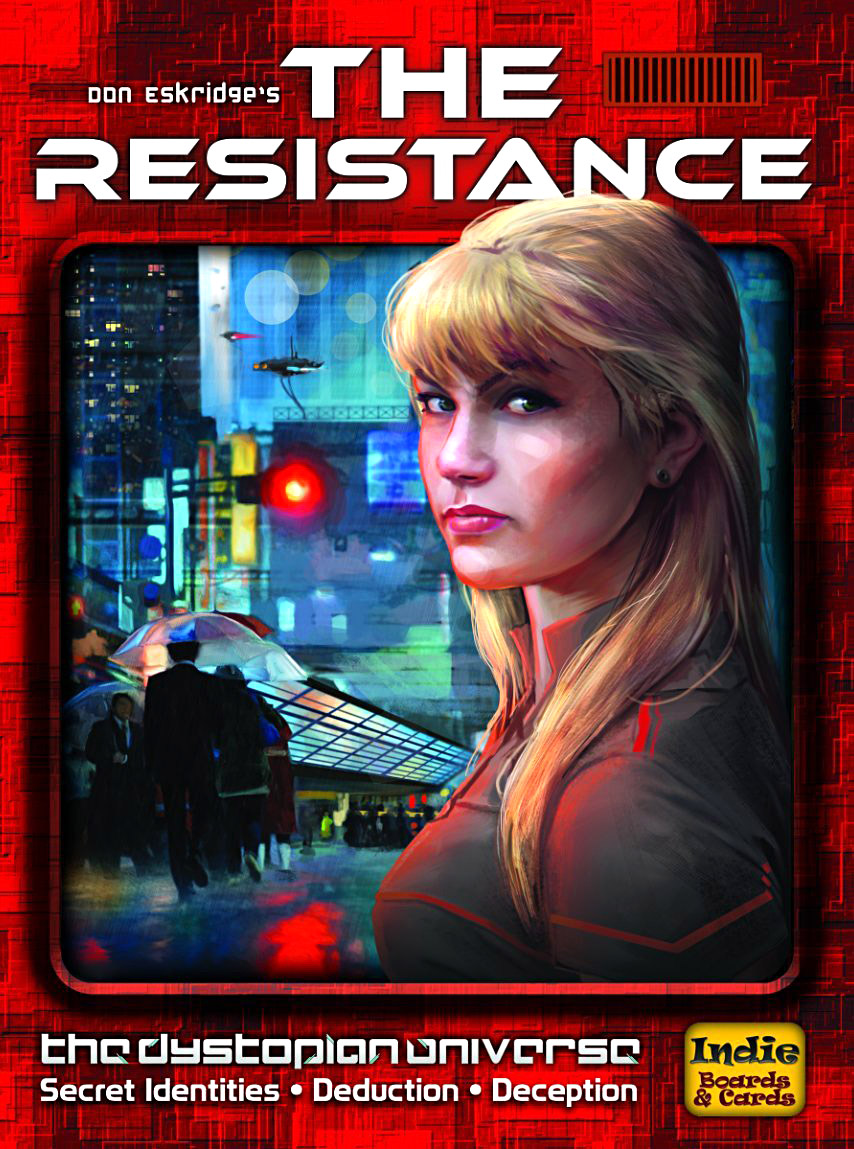 The Resistance is a game of hidden identity, bluffing and deduction. First, each player receives a loyalty card which they keep secret. Then the group negotiates to select smaller team of (hopefully) loyal players who will vote on whether the Resistance succeeds or fails. It will take your best deduction skills to work out who among your number is secretly a saboteur, lying through their teeth to get themselves selected and bring down the Resistance. Think you know who it is? Good, but can you convince the other players while avoiding drawing suspicion yourself?

Buy your copy of The Resistance here 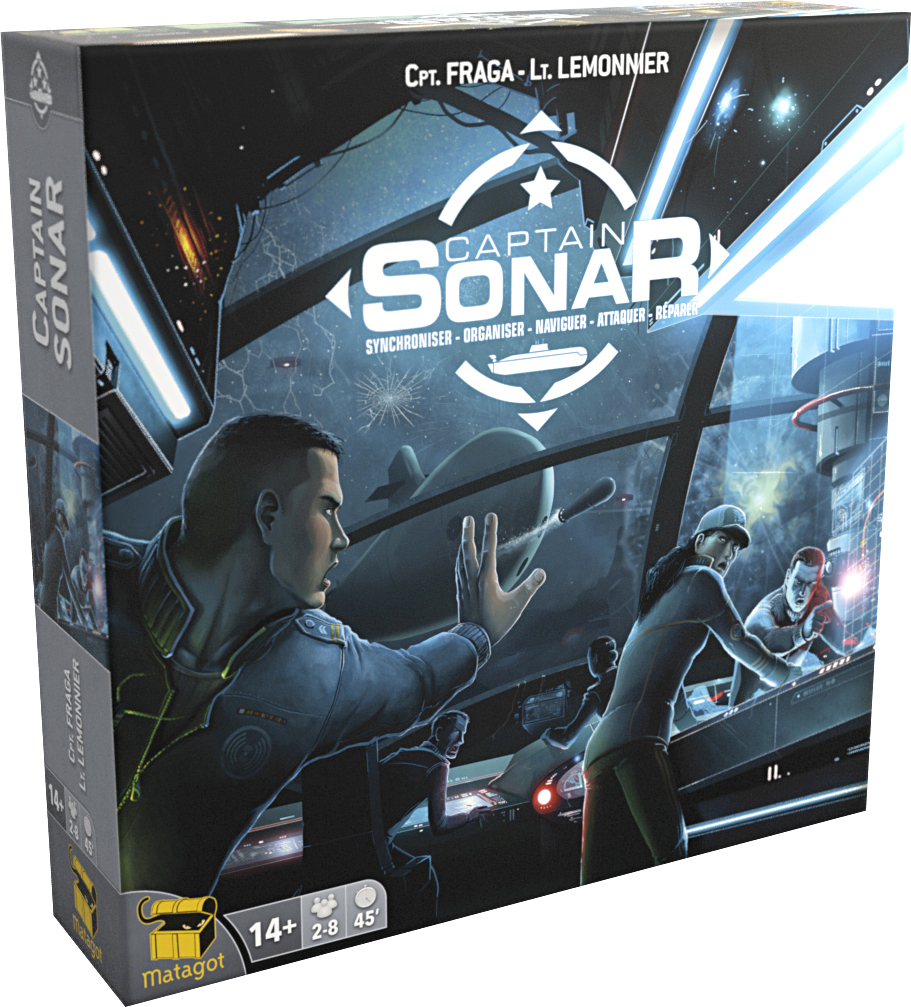 Captain Sonar is the newest game on the list, and it’s like nothing you’ve ever played. Best enjoyed with exactly eight players, it pits two teams of four against each other in a real-time battle to locate and destroy the other team’s submarine before they do the same to you. On each team, players adopt the roles of Captain, First Mate, Engineer and Radio Operator, each with a unique and vital job to do. The game uses an ingenious hidden movement system and you’ll need a combination of deduction, logic and speedy teamwork to come away victorious. The result is fast, frantic fun which is as entertaining to watch as it is to play. 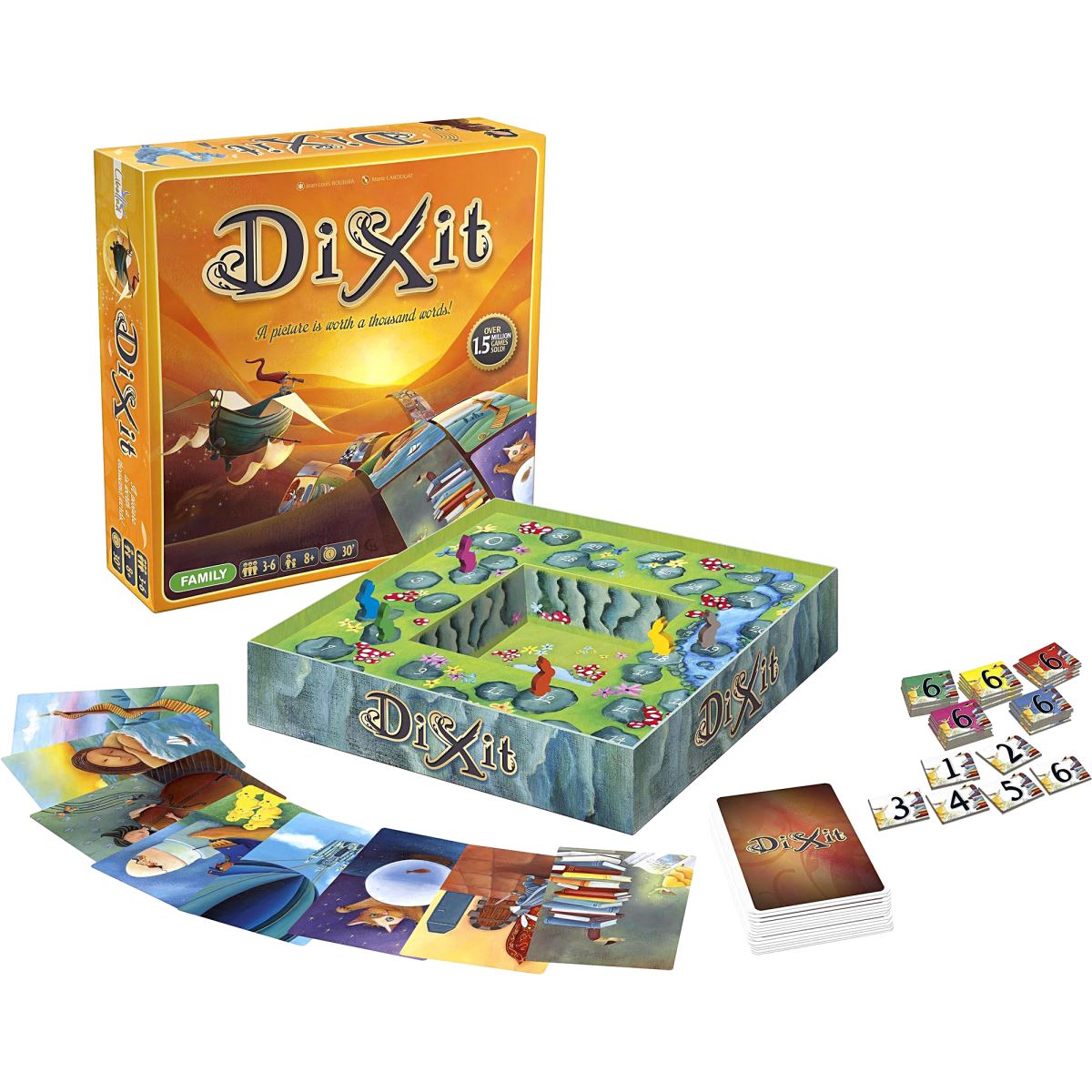 This is the game to win over anyone who is put off by wordplay or mathematics. Selecting one card from your hand of weird and wonderful pictures each turn and placing it face down, you must give a creative clue to the group – a word, sound or action – which will lead them to it. Your card is then mixed up into a shortlist of others to disguise it – others which include crafty red herrings played by other players upon hearing your clue. The hope is that your clue was good enough for at least some of them to single out your original card.

Buy your copy of Dixit here 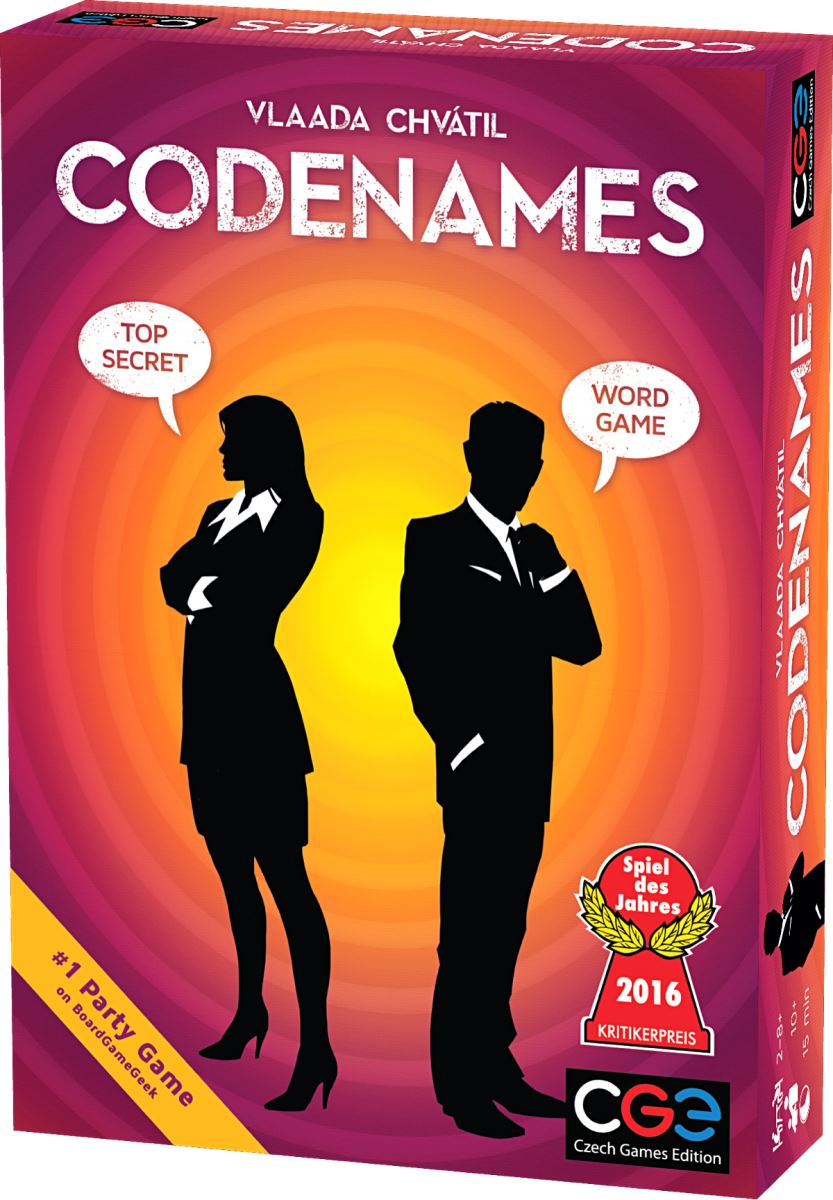 In this 2015 smash hit, players start by splitting into two teams who each nominate one person to be Spy Master. A five-by-five grid of word cards is laid out, some of which are codenames for the secret operatives of each team, but only the Spy Masters know which is which. Each Spy Master must give verbal clues to their team to help them identify the agents before the other team can find their own. But be warned, an assassin card lurks in the crowd – misinterpreting the clue and selecting him will gift victory to your rivals.

Buy your copy of Codenames here 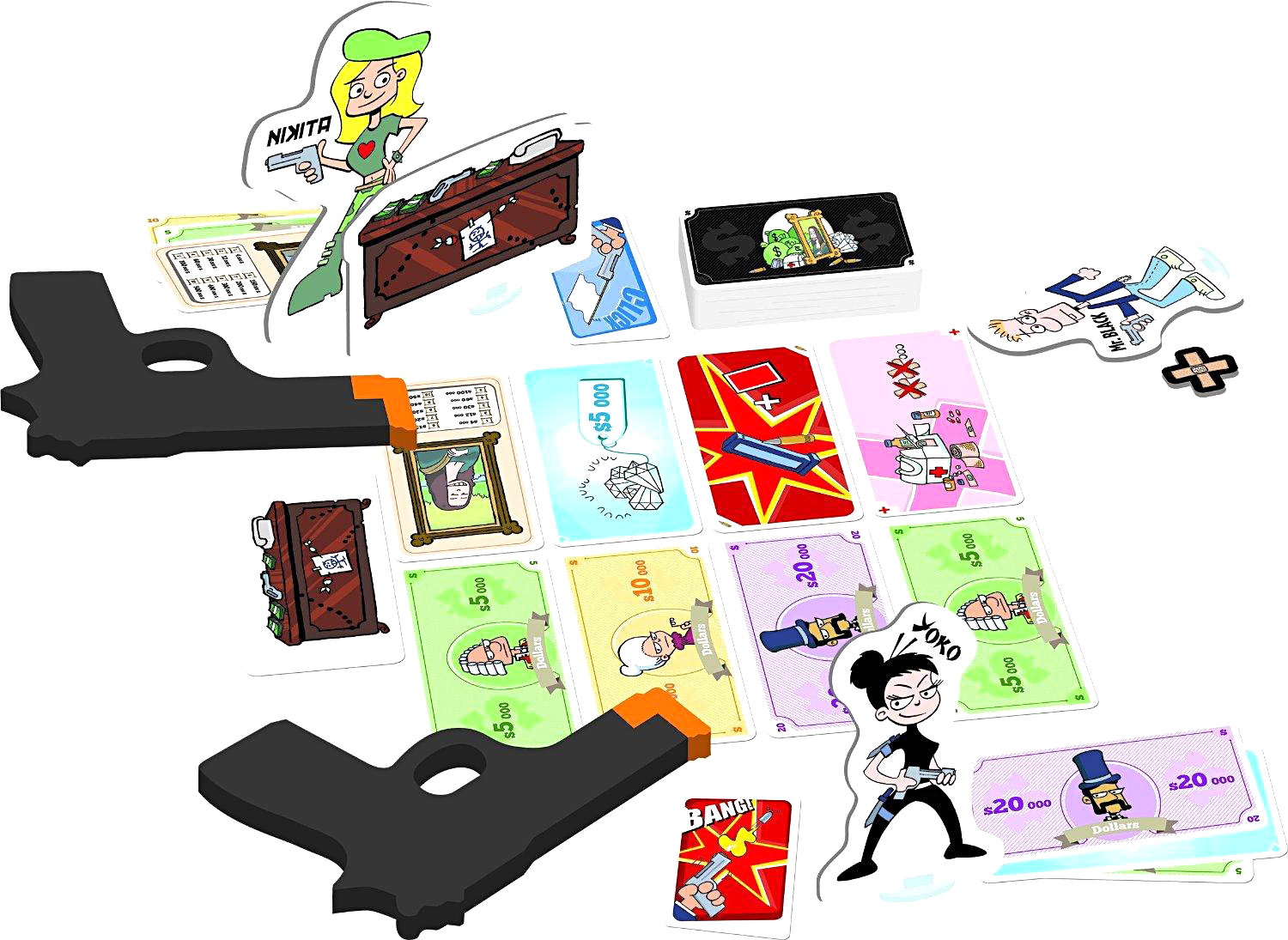 In Cash ‘n Guns you play a team of bank robbers dividing up the loot after a big heist. Nobody wants to share, so each round everyone plays a card, face down, from their hand of bullets and misfires. Then, after the count of three, everyone simultaneously points their foam gun at another player. Those with a gun pointed at them now have a choice – to lower their own, back down and pass up their share of loot this round, or to hang tough, risking death and hoping their opponent has already run out of bullets. Very silly fun. 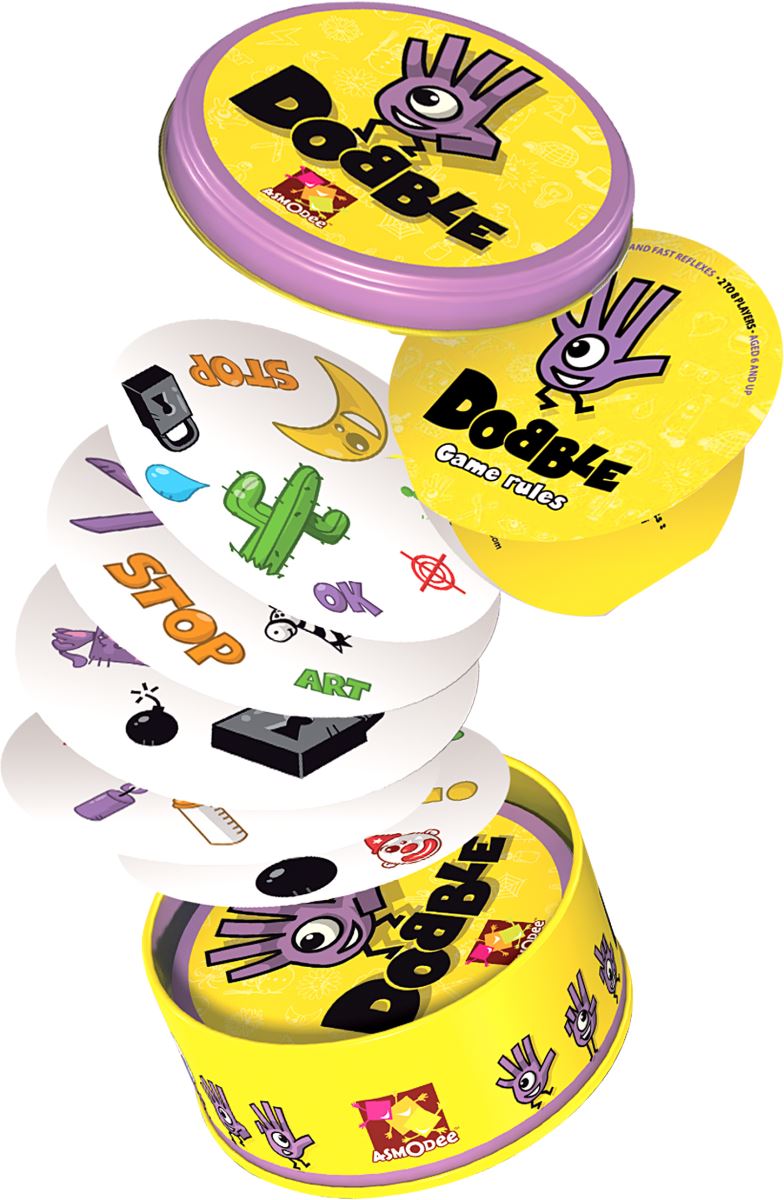 Children often wipe the floor with adults when it comes to mental agility, and Dobble is a prime example of this phenomenon in action. It’s a fast-paced card game with various ways to play, none of which takes more than about five minutes. The circular cards are each covered in multiple colourful images – tree, clock, car and so on – and, cleverly, any combination of two cards will always have one (and only one) image in common. You are in a race to spot the match and grab the card, a bit like advanced Snap, but due to the different size and orientation of these jumbled images, it is much more difficult and entertaining than it sounds.

Buy your copy of Dobble here 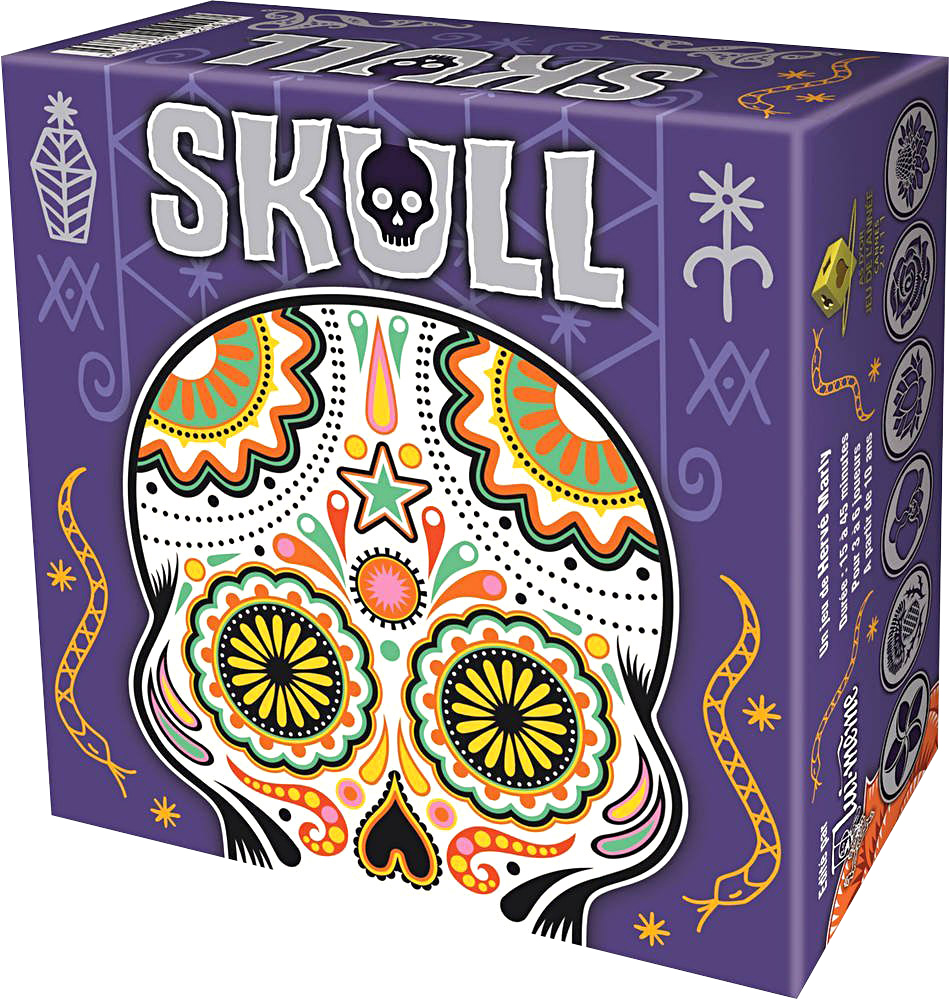 This is the game with possibly the fewest components on the list, meaning it is extremely portable and can be played almost anywhere. It is a bluffing game perfect for the pub. Each player starts with a hand of four beer-mat-like discs: three flowers and one skull. After a few rounds of playing discs face down, players try to outbid each other over how many flower discs they think they can overturn, starting with their own. Get it right and you win, but hit a devilishly placed skull and you lose. Are you good at reading body language?

Buy your copy of Skull here 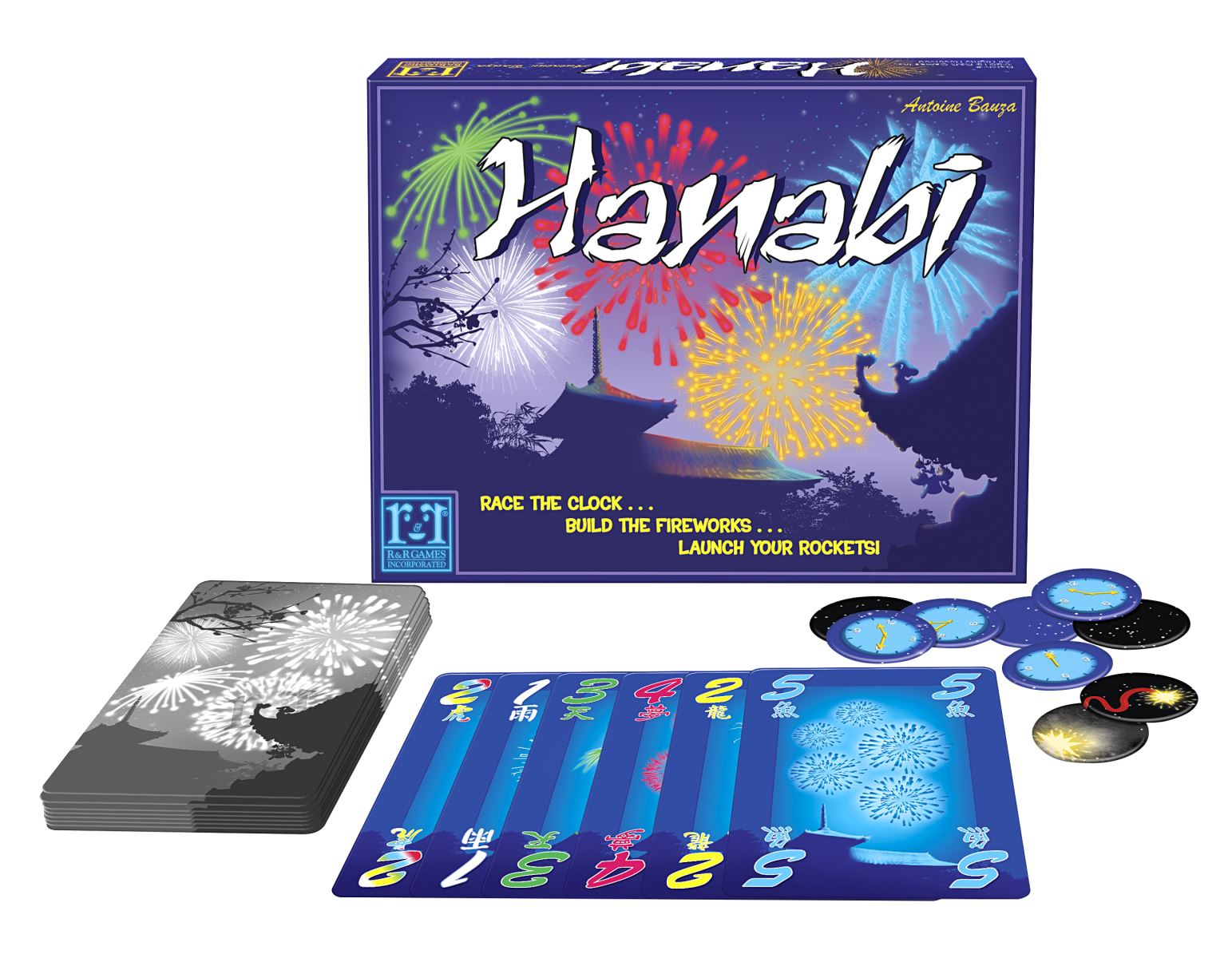 Hanabi boasts one of the most unique and counterintuitive mechanics in gaming. The goal is simple – players must work together to play numbered cards from their hands to try and make coloured numerical sets. The twist is you cannot see which cards you are holding. Cards are held facing outward so only the other players can see what you have. While you are not allowed to simply tell someone exactly what cards they have, through the right combination of clue-giving, deduction and a good memory the team can achieve a satisfying solution.

Buy your copy of Hanabi here

The Werewolves of Miller’s Hollow 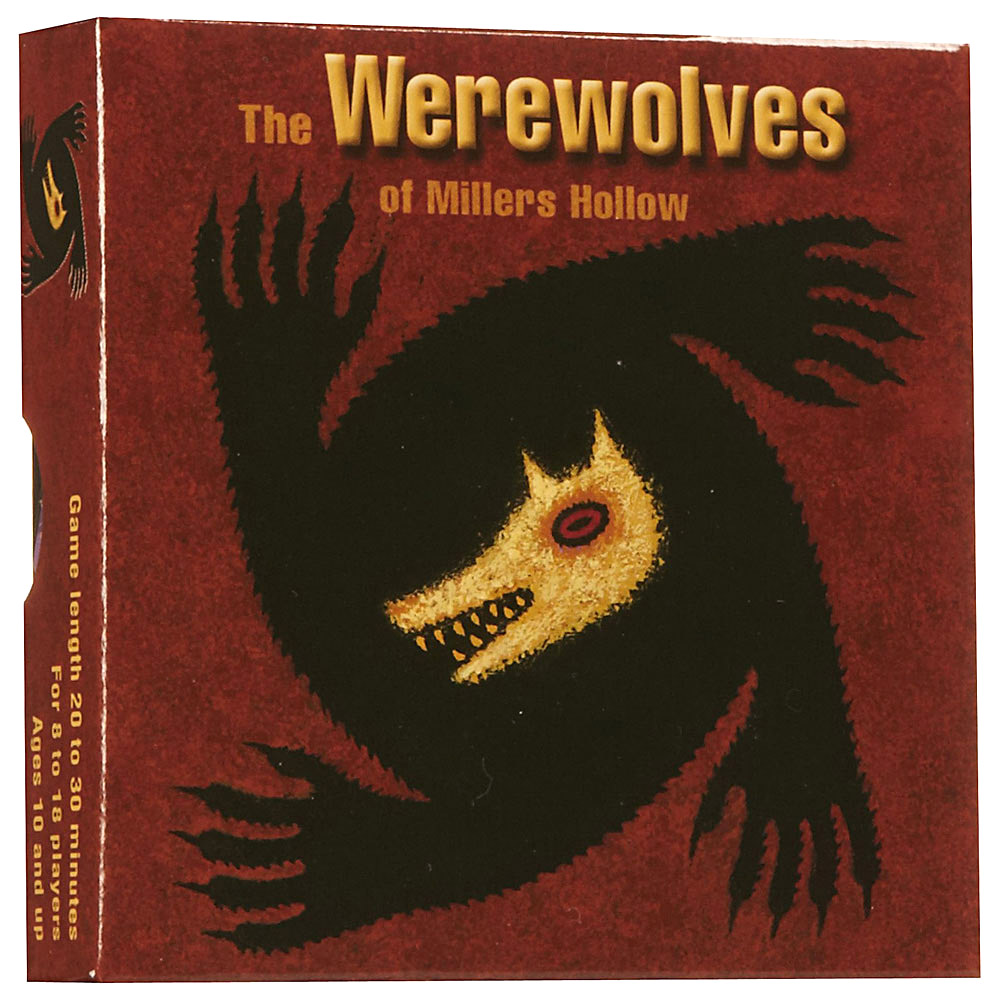 The oldest game on our list supports up to 23 players of all ages. Players are first assigned one of two secret roles: villagers or werewolves. A narrator player runs the game, explaining that while the villagers ‘sleep’ (closing their eyes) the werewolves rise, silently signalling to the narrator who it is they wish to eat. Next, the villagers are roused – opening their eyes only to find that one of their number has perished. They must debate among themselves as to who the culprits are… and lynch them! Only then is it revealed if they were guilty – or not.

Buy your copy of The Werewolves of Millers Hollow here 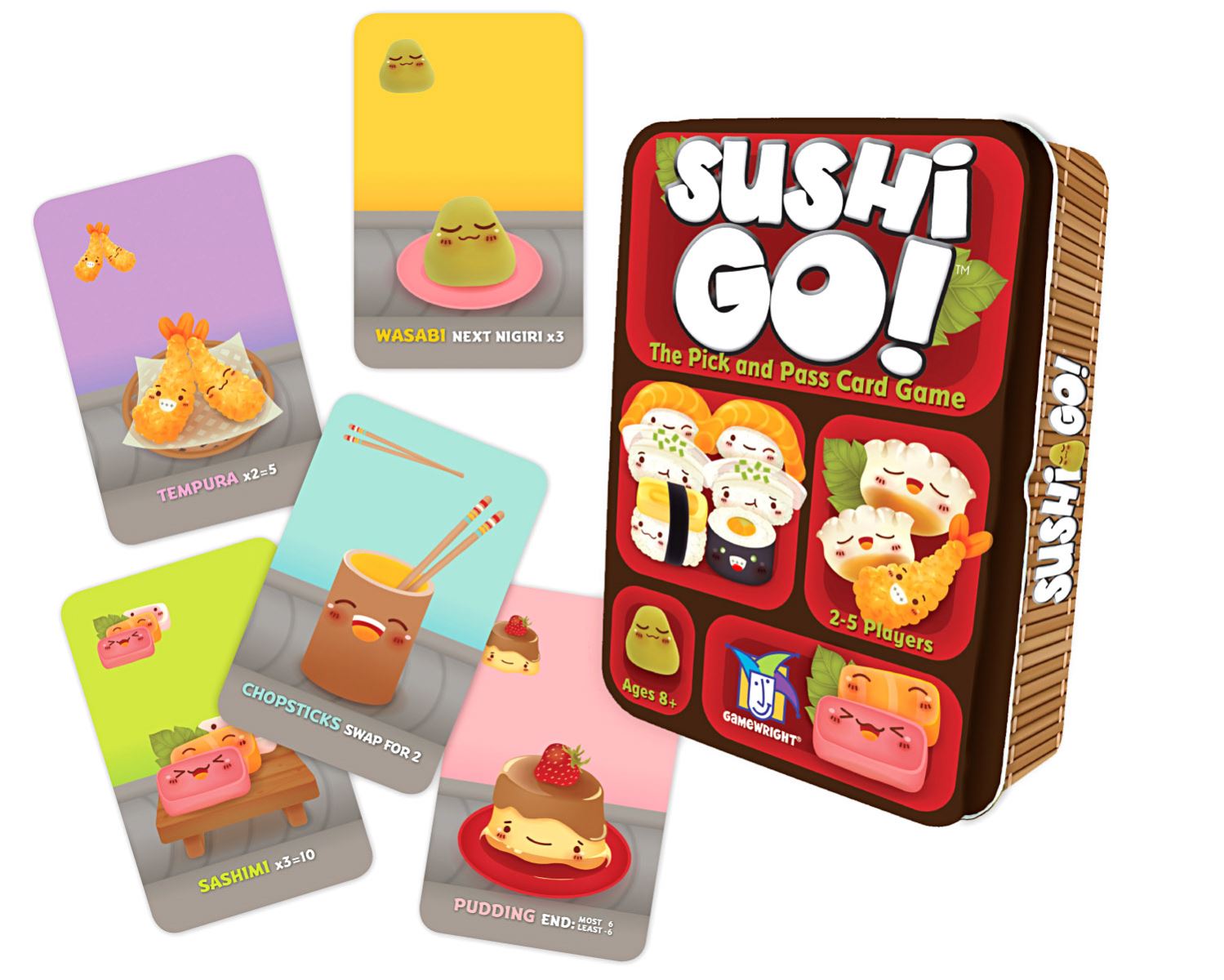 This card-drafting game revolves around trying to make sets of delicious sushi varieties, with the dishes scoring points in different ways. Each player starts with a small deck of cards from which they must choose one and place it face up in front of them. Then they pass the remaining cards to the player on their left and receive a deck from the player on their right. The process repeats, and as these decks make their way around the table, slowly diminishing, you are forced to consider not only which sets you are trying to make, but also how you can block what your opponents are going for.